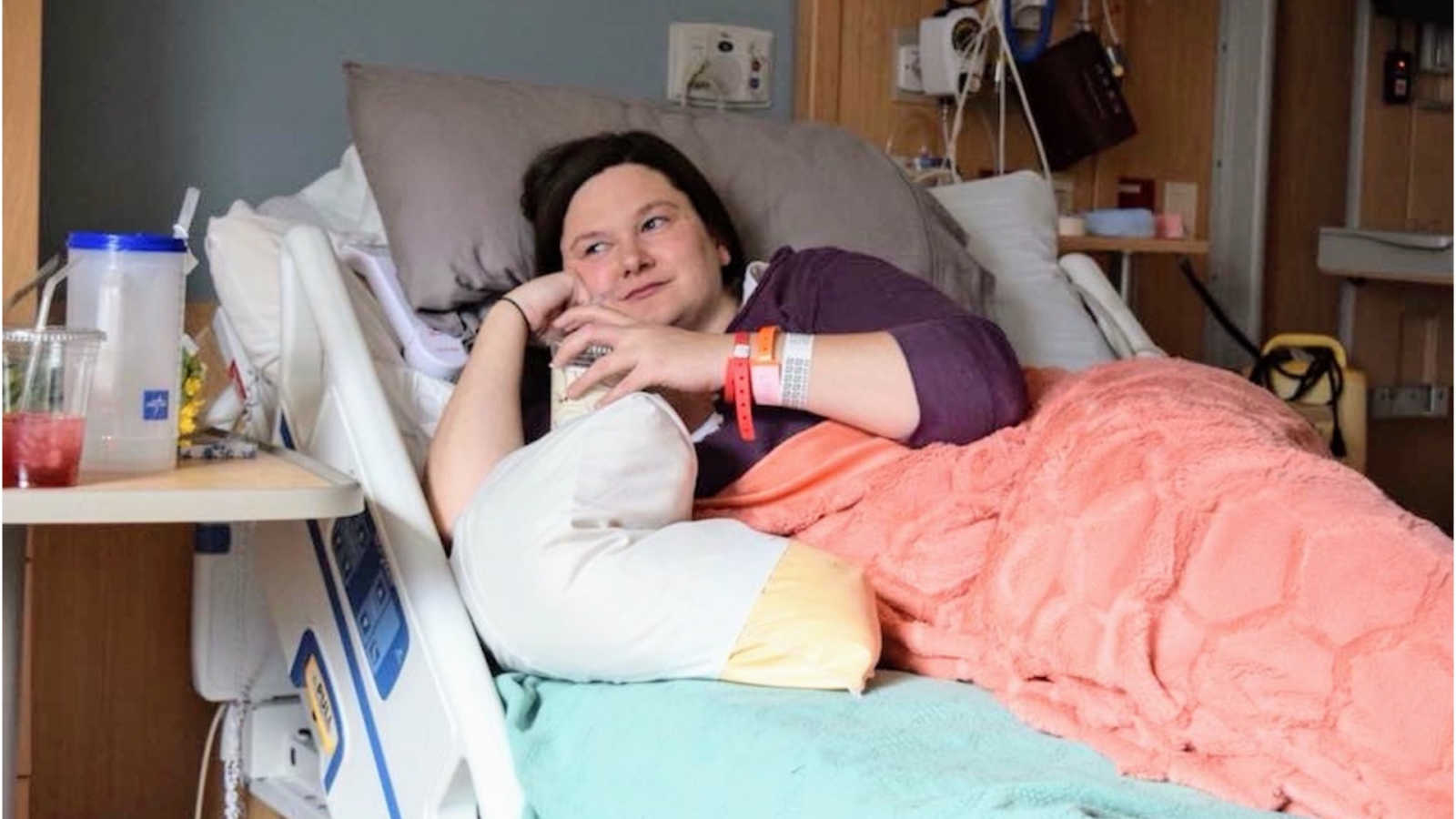 “This is the last photo I have where Dorothy is still alive. As I lay there snuggled into my nest of blankets and pillows, she lived inside of me. She was still breathing, and her heart still beat; she was going to be okay.

At the time this photo was taken, I had been in the hospital for a week being monitored. I was in the safest place that I could be and under constant supervision. And then, it happened.

Dorothy died because of a placental abruption. When my blood pressure surged, my weak and tired placenta could not take it anymore. It broke away, taking with it any chance of a life with Dorothy.

It’s amazing to me that something so traumatic can happen while a person sleeps. I didn’t know anything was wrong until the nurse came in for vitals and couldn’t find a heartbeat. It’s amazing that the silence of a lost heartbeat could be a catalyst for such chaos.

Just like that she slipped away and in the next 9 hours, I would fight not to slip away too.

Like that baby in the photo, the one you can’t see. The one who’s all snuggled up inside her mama.

She did not survive.

Preeclampsia and HELLP took her. They took her and they left me. They left me damaged and heartbroken and devastated, but they left me.

And they left me with a story to tell.”