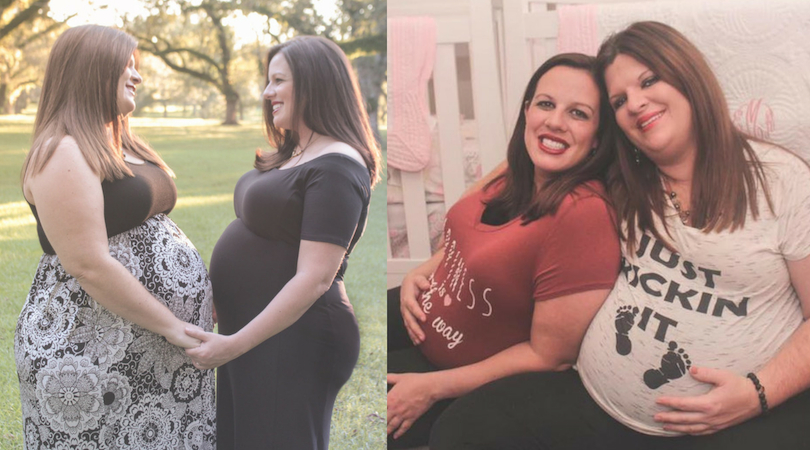 “My wife Anna and I met when we were 17 and 18 years old. She claims she can still remember the day we met because we were in CPR training at a camp we worked at together. She apparently misspoke in answering a question and I corrected her in front of everyone. Needless to say, it was aggravation at first sight. It wasn’t long for a playful banter to form and, almost without warning, an inexplicable love followed.

Renee and I are both originally from Florida. We had scholarships to various universities there but wanted to be together so badly. We decided to move together. We went to Texas first, and then ended up in Mississippi after a chance meeting with a university president lead us to a small university in Hattiesburg, MS. As our relationship progressed, we had quite the journey together. We traveled the world together, began teaching together, and obtained master’s Degrees together. Anna was named the Mississippi Teacher of the Year for 2016 and Renee was named the Mississippi Elementary PE Teacher of the Year the following year. It was such a joy chasing dreams together. But nothing compared to what the future held. After 17 years of being together, we were finally married when the supreme court lifted the ban on gay marriage. It was one of the most incredible days of our lives.

We entered into motherhood hesitantly. We knew the laws surrounding adoption for same sex couples in Mississippi were difficult, so we decided to go into fertility. After reaching out to fertility clinics in our state, we felt the most love and openness from a fertility clinic when we called Audubon Fertility in New Orleans. After initial testing, we were told we could both conceive. Through this process, we were told it may be a little more challenging for Renee, who has Polycystic Ovarian Syndrome (PCOS) to get pregnant. It was hard to hear, but we proceeded forward in hope believing that whatever the outcome, we would have our family. We decided we would try to see how many eggs were ready between us both in an attempt to limit the time we needed to spend in treatment. We also knew that the likelihood of us both conceiving was very low, especially on the first try. While we weren’t opposed to being pregnant at the same time, we didn’t think of it as a likely possibility.

Statistically, it was such a small chance, and we would have to be ovulating at the exact same time. It was something we knew could happen, but at such enormously low odds that it didn’t seem realistic. We decided on one donor, thinking that whomever didn’t get pregnant in this cycle could go back into fertility in the future if we wanted to try again. We found out that Anna had three eggs that were ready. When they checked Renee, one of her ovaries was quiet, but on the other side was a little egg! We called it our unicorn baby.

Because fertility is expensive, we almost decided not to go through the treatment on Renee. We just felt like the odds were so low with only one egg, but because of her PCOS our nurse said we should try. She reminded us how amazing it was that we were ovulating at the same time, and that we both had eggs mature enough for treatment. So, we did, never expecting the odds to be in our favor.

The two-week wait was excruciating. When they called, they asked if we were sitting down. They said, ‘Anna is pregnant.’ We all just screamed. Then they said, ‘So is Renee.’ Right after the screaming and the jumping, we hung up the phone and held each other and cried. How could we have imagined this? Ten weeks later, we found out we were having girls. Since they were conceived 15 minutes apart by the same donor, we call the girls ‘paternal twins’ even though we know they are half-sisters and not official twins.

Renee and I initially wanted the girls to come on the same day per their due date. But our doctor pointed out that laboring at the same time with epidurals would keep us to our beds. We wouldn’t be able to hold each other hands or be active and present in our other daughter’s birth. We made the decision that having the girls have the same birthday was less important than Renee and I being able to be there to love and support each other through their births. We asked the doctor how long one mother would need in order to be able to be there in the room for the other one. She said around 36 hours. So we are going in to the hospital tonight to get Renee ready for birth. Hopefully, tomorrow Emma will be born. Then we will wait to let Renee recover enough to at least be in a chair by me for my birth. Our daughter Emma will be there too to watch her sister be born! Hopefully around 36 hours later, Avonlea will be born. This is the plan, but we know that what will be will be.

Renee and I carry in our hearts the face of every person we met in the lobby at the fertility clinic. It is not lost on us how rare our experience is and how long some families wait and try. This has deepened our gratitude for this journey into motherhood. Renee and I have a mantra ‘You are every second of my everyday’. When we considered what the response might be from the conservative communities we live in, we braced for backlash. But we were surprised at the outpouring of love we received from our neighbors and community. We still get comments and some things are hard to hear, but no hate can touch this joy. On our bad days, we feel overwhelmed at the thought of raising these little girls in a world that seems so divisive. But on most days, we remember how fortunate our experience has been. It makes this all feel like a miracle.”

This story was submitted to Love What Matters by Anna McInarnay of Mississippi. Submit your story here, and subscribe to our best stories in our free newsletter here.

‘I heard a knock on the door. Our ultrasound tech was called into another room. ‘OH MY GOD, IT’S TWO!’ I screamed.’: LGBT mama births surprise twins through IUI, navigates Postpartum Mood Disorder

‘We are expecting twins. But, not just ANY twins. Neither of us had words in that moment. We sat together on the bed and just held each other.’: Lesbian couple pregnant with twins using an egg from each, ‘There were no words’

‘Tash, I see a faint line. I think you’re pregnant too!’ Could this actually be happening?! Could we BOTH be pregnant?!’: LGBT couple deliver babies 2 weeks apart after 7-year infertility battle