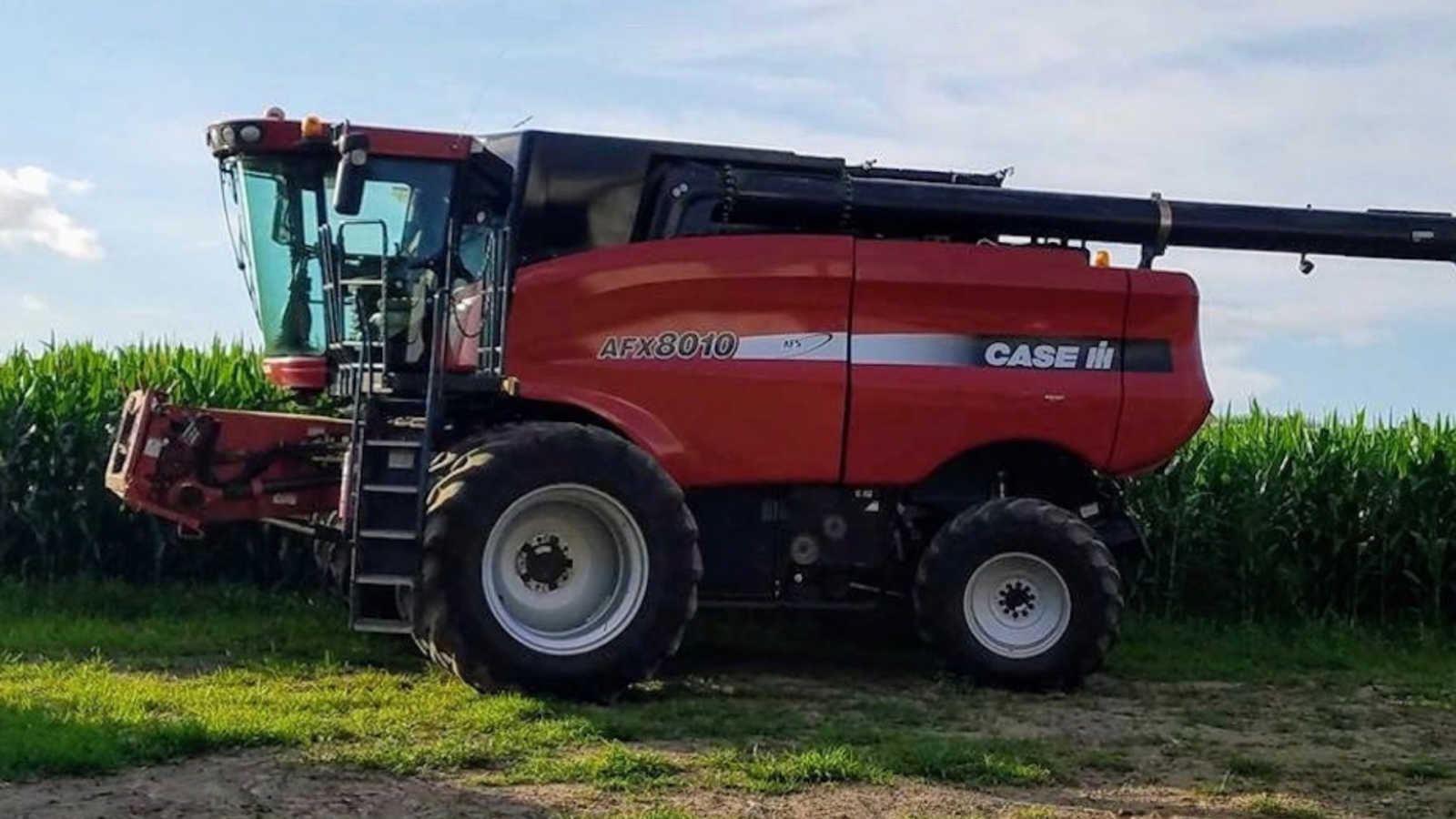 “Today is a day I’ll not soon forget…

As I was combining today, I was unloading into the Auger Cart and I saw a vehicle go by a couple times slowly and then pull over and stop. I had a minor repair to make and the vehicle stayed. I was a little concerned until I happened to catch three little sets of eyes looking out windows.

I went over, and they rolled down the window and I asked if they needed anything. The lady explained their grandchildren were visiting from Florida and had never seen ‘farmer stuff’ up close. There were two boys and a little girl… I’d assume they were between the ages of 6 and 9. The two boys were all giddy but the little girl, while sweet and excited, was pretty quiet.

I also happened to notice that she kept turning away from me, and there was a scar or a birthmark or something on her face. I felt really bad trying to figure out what it was because I was feeling like I’m staring at her…

The grandmother and her husband thanked me for stopping and saying ‘Hi,’ and said they would get going because they knew farmers were busy this time of the year. I said, ‘Be careful and have a good trip…’ It was then that one of the boys said, ‘Are you going to be going soon because we would like to see what that machine does.’ The grandmother quickly quieted them.

She then said, ‘No, we’re sure you’re way too busy for that.’

So, she asked the two boys if they wanted to go and of course they did, but the little girl stayed back. I asked her again if she wanted to go and she said, ‘No, thank you.’ So the boys and I went and got in the Combine and we made one round and came back.

While in the Combine I asked, ‘Why didn’t your sister want to come?’ They told me, ‘She’s shy.’

I then, because of curiosity, asked them about her face. They told me it was a birthmark and that she gets picked on about it a lot. After their ride I walked them back over to their grandparent’s car and I said to the little girl, ‘How come you didn’t want to go for a ride?’

She said, ‘Well the boys always say that kind of stuff is just for boys not for girls…’

I laughed and said, ‘You know, there are girl farmers and I even had a young girl in that cab just yesterday. Would you like a ride?’

She looked at her Grandma and she said, ‘Go ahead if you want.’

I then asked the grandmother if she had a smartphone and knew how to video. She laughed and said, ‘I have grandchildren. Of course I know how to video!’ So, I told her have your phone ready and when you see me turn on the yellow flashing lights, video the Combine.

The little girl and I got in the cab and I turned the machine around and went back into the field at the end of it, and came back facing her grandparent’s vehicle. I then said to her, ‘Here… you can turn the steering wheel.’ She first looked at me like I was on crack cocaine! But I finally convinced her, and I told her not everybody gets to do this but people that are part of the Special Face Club definitely get to… but it’s a secret reason why you get to drive, so you can’t tell anyone. We even pinky swore on it.

The smile she had made this old, tired, grumpy man’s heart soft and there must have been some bean dust in the cab because my allergies started acting up just a little bit… So, I let her ‘steer’ and turned on the yellow lights on the way back, so her Grandma could video tape her ‘driving by.’

Her brothers were obviously a little miffed and asked her why she got to drive. I was afraid she was going to tell them why. But with all the sass of a little brunette girl with her hair in a ponytail she looked at them both matter-of-factly and said, ‘Because girls CAN farm.’

My allergies started acting up a little bit again as she came back running over to me and gave me a huge hug and told me, ‘Thank you!’ The grandfather came over and patted me on the shoulder shook my hand and said, ‘I don’t know what you said to her…but that’s the biggest smile we’ve seen on her this vacation so far!’ The boys shook my hand and thanked me and got back into the vehicle and drove away. Leaving me to my thoughts.

All three of their faces were on my mind the rest of the day, but mostly hers. Not because of her birthmark, but because of her genuine smile in the confidence that she showed when she got to get out of that Combine and ‘brag’ a little to the boys.

My gramps told me long ago to always be patient with children and people you come in contact with. I remember the countless times he would let me ‘drive’ the tractor and exhilaration and happiness that I felt during that time. I swore that I was going to make other people feel that way when I got older and I’ve definitely failed at that numerous times, but I’m trying…

Today was a good day… and one I shall not soon forget.”

This story was submitted to Love What Matters by Jeff Ditzenberger. Do you have a similar experience? We’d like to hear your important journey. Submit your own story here. Be sure to subscribe to our free email newsletter for our best stories, and YouTube for our best videos.