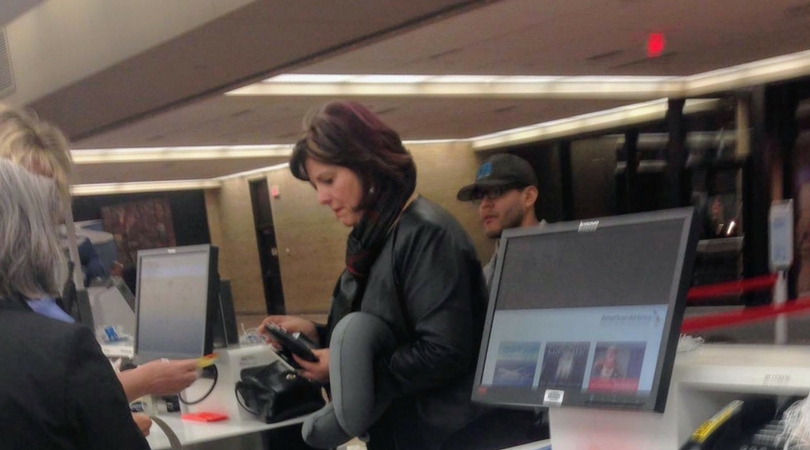 “This woman needs to be commended. A gentleman was checking in for his flight when the agent asked how old his daughter was. He said she had recently turned two. The agent then asked if she had a ticket. The man was confused because he was under the impression she could ride for free. (When he booked the ticket she was one, but her birthday was in January.) He was hit with emotion. He mentioned he couldn’t afford to rebook this flight or get her the ticket with such short notice. He stepped aside and tried to make a few calls. Hugging his daughter and grabbing his head, you could tell he was heartbroken. This woman next to him at the front counter heard the whole thing. She walked over to him and asked what was wrong. After they talked for a bit they walked up to the counter together.

She pointed back at his daughter and said, ‘I wanna buy her ticket.’

The woman said, ‘that’s fine’ and pulled out her credit card. I was right there and I just said to her, ‘God Bless You!’ and they printed out the ticket. The agent kept talking about her goosebumps while the man hugged the woman and asked for her name to repay her. The woman just kept saying, ‘Don’t worry about it.’ She knew she wanted to help that man and his daughter no matter what the cost. Please share this story because people like this need to be recognized.”

This story was submitted to Love What Matters by Kevin Leslie. Submit your story here, and subscribe to our best love stories here.