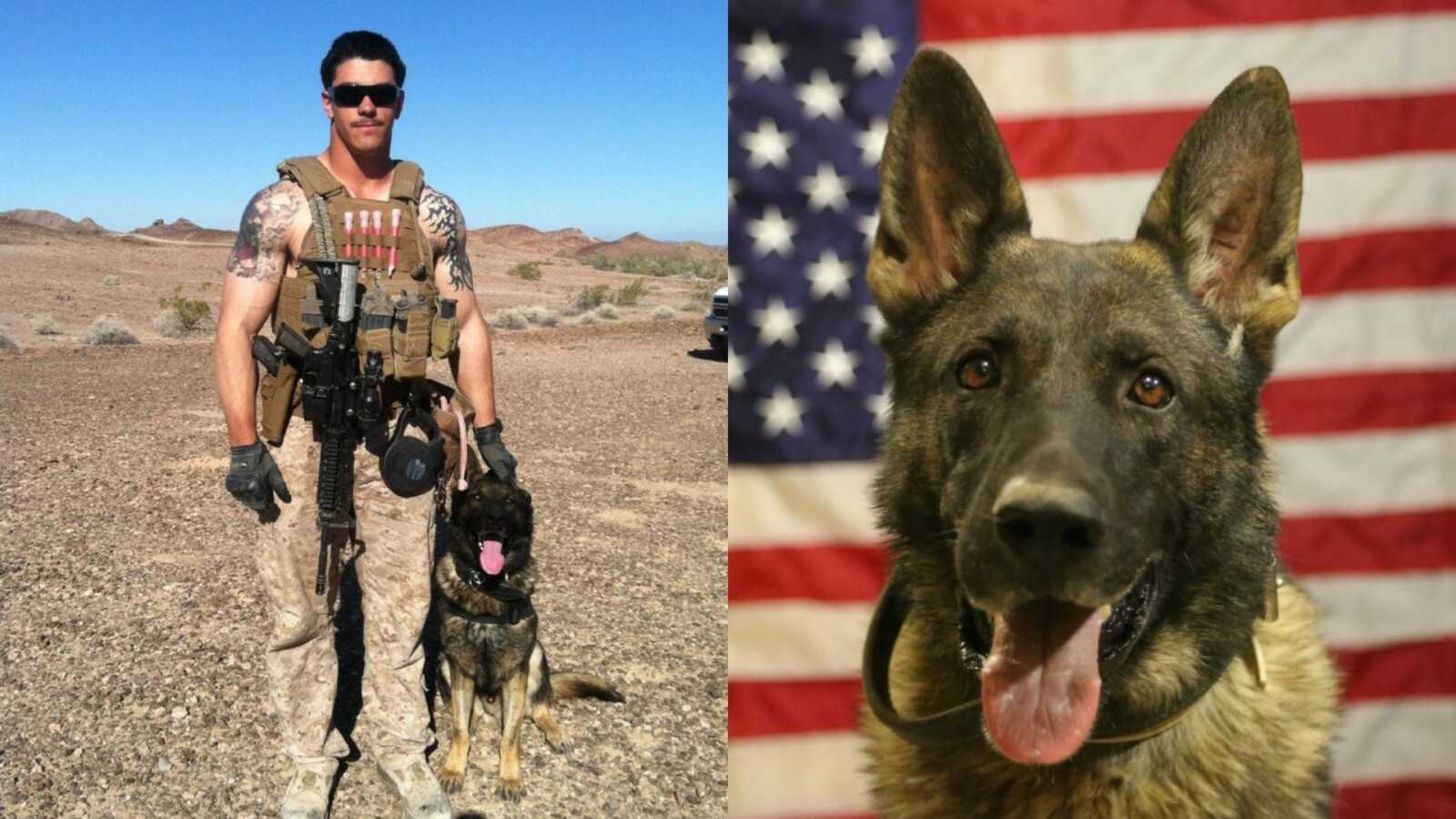 “My son Joshua Ashley joined the Marines to serve and protect our country. He was killed in action in Afghanistan. He was a military working dog handler. His partner, Sirius, survived that night.

Josh was a good kid; he was your typical boy. But from a young age, he was a protector. He didn’t like to see people picked on or bullied and he would stand up for them. He was very athletic, had lots of friends, and loved school. He didn’t miss a day until freshman year of high school. He was a leader and was almost always the team captain. He loved his brothers and his family, and he was everyone’s best friend.

He never ever forgot what happened on 9/11. Even though he was young, he did not forget. We had family that worked in the towers (all of whom made it out). About senior year of high school is when he began talking about joining the Marines. In his words, ‘I want the military with the toughest boot camp and the best of the best.’ And I know the dress blues he couldn’t wait to wear.

If it hadn’t been war time, I most likely would have been supportive. I cried all the time and I spent endless hours trying to talk him out of going in. He finally told me, ‘I am going to join the Marines, if you do not stop this and stop crying, I will move out before boot camp. So, you make the choice.’ I stopped talking to him about it and cried in my room until the day he left.

I cried all 3 months while he was at boot camp. He went to boot camp in July 2008. He loved boot camp, he was always in good shape and never had any problems physically or academically. He was squad leader for him company and off and on guide. We didn’t get to talk to him besides a few five-minute calls. We did correspond with letters, though. He was soooo proud to be a Marine, even more patriotic and very proud to be an American and serve his country!

His partner was Sirius. He and Josh were paired up in April 2011. Josh served two years in Okinawa, Japan, where he did on the job training to become a handler (Josh was military police). His new duty station was Camp Lejeune, North Carolina, where he became a K-9 handler.

Their bond was very tight; they trained for over a year together before they deployed in May 2012 to Afghanistan. Josh loved Sirius so very much and Sirius loved Josh. I met Sirius before they deployed; anyone could see the bond, respect, and love they had for one another.

Josh was killed in action on July 19, 2012, in Afghanistan. I found out by two uniformed Marines showing up on my doorstep, just like you see on TV. They were reading the citation about how he was killed, but I honestly didn’t hear a thing. I was in shock, crying and refusing to believe it.

Honestly, there’s been a lot of downs since losing Josh. It’s been almost 10 years and I still often cry. My life forever changed. I miss his phone calls, I miss him coming home on leave, I miss his I love you’s, and I miss him at all the holidays.

Josh wanted to adopt Sirius after their deployment. He told me I would adopt him until he could have him. So, there was really no second thought after Josh was killed. I was going to adopt Sirius. Because of this, we had a piece of Josh with us, his partner whom he loved. Josh never had children, but in a way, this was his child.

Sirius passed away on May 22, 2021. My heart is forever broken. He was family and it was like losing another child. I cry still for him. This is a journey I wish on no parent or family. Josh was killed (murdered) and I still have nightmares of what happened to him. My life forever changed that day. It was the worst day of my life.

When your child serves, the family serves with them. I am grateful to the United States Marine Corps and for all who served with my son. They have brought me in and made me a part of their brotherhood. I know Josh and now Sirius are in heaven together, guarding the heaven’s gates. I will see them one day soon.

Also, there is a song out on Spotify called ‘K-9 Brother’ sang by Andy Griggs. It came out in 2020. It is about Josh and Sirius. I can say that is one of the positive things – he will not be forgotten. Not by me, at least. I will say his name always!”

This story was submitted to Love What Matters by Tammie Ashley of Menifee, CA. You can follow her journey on Facebook and Instagram. Do you have a similar experience? We’d like to hear your important journey. Submit your own story here. Be sure to subscribe to our free email newsletter for our best stories, and YouTube for our best videos.

‘The whole night he didn’t leave my side.’: Woman thanks Marine stranger for ‘tackling me, covering me from the fire’ during Las Vegas mass shooting to ensure her safety‘

No really, it’s yours. Your dad gave it to me for you.’ My dad had been dead 9 years. I was shaking.’: Marine son receives wedding gift from father in heaven to ‘protect’ him

‘If I don’t answer that door, whatever news they have will go away.’ I knew. A mother always knows.’: Mom shares tragic loss of son, hometown hero