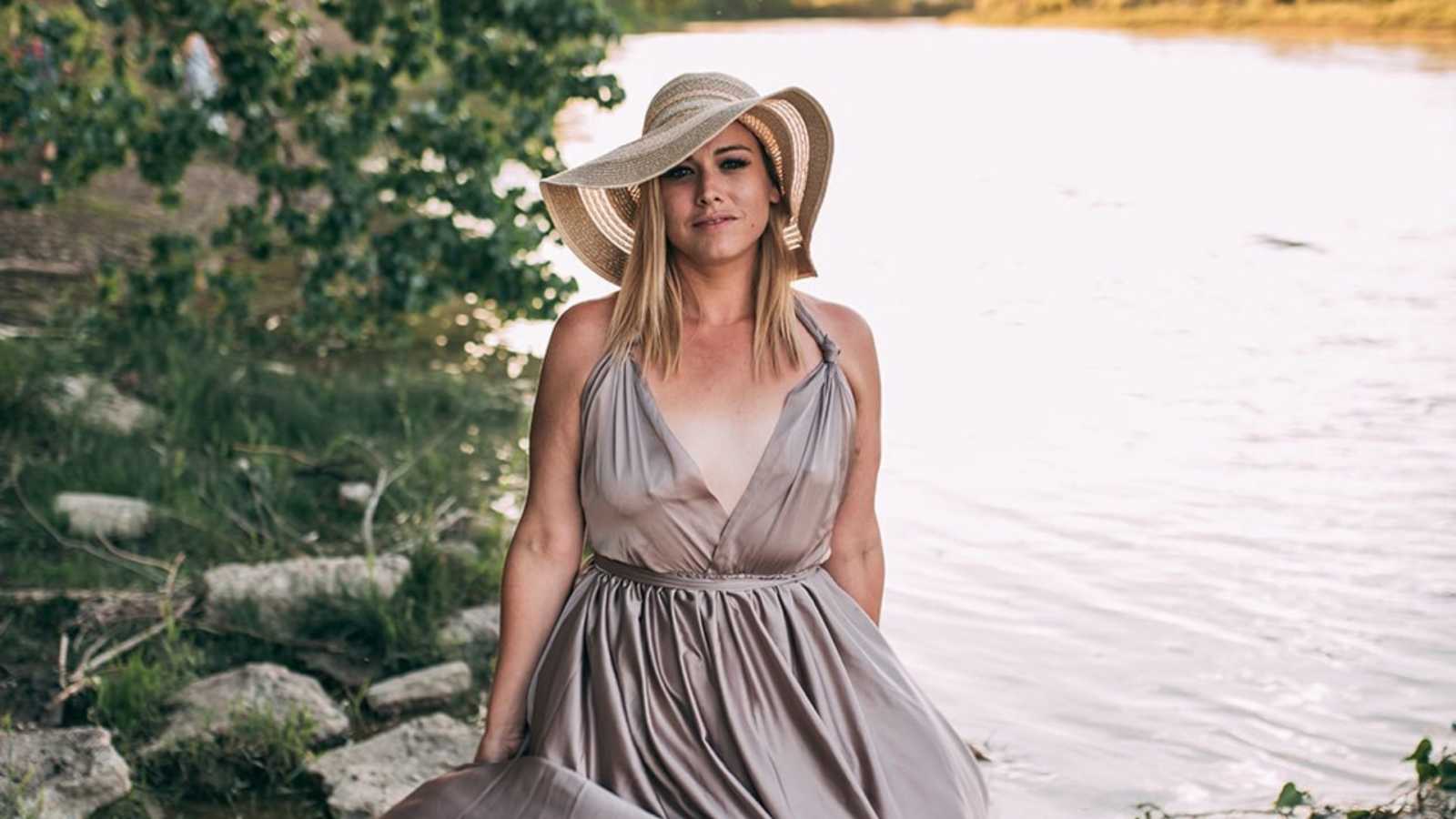 “I am not neurotypical. I have been diagnosed with ADHD, ED, LMNOP… Depression, anxiety, and others I don’t know enough about to write about quite yet. Along with these letters, each one carries their own unique symptoms that I deal with on a daily basis. While I try not to let diagnoses define who I am, it has been pretty clear that my diagnosis is something I can’t ignore. Also, before we go any further, know that LMNOP is not a real diagnosis.

When I was in my 20’s, I played the game with myself where I decided that I would not let my past affect my future. I would not ‘dwell’ in it and anything I had gone through before was not going to shape who I was. This led me onto several unsavory paths that definitely shaped who I am if my diagnoses didn’t. Ignoring your symptoms is pretty impossible. While you may think that you are ignoring them, what you’re actually doing is pushing away anyone affected by your symptoms, and bringing in people who have the same symptoms as you in the guise of ‘understanding’ and ‘relating.’ Let me tell you something, two unstable people does not a stable relationship make. In time, your life becomes chaos. The people in it are causing chaos by mirroring what you’re going through and dragging you down with them. The people you should have in your life that love you are the ones you subconsciously push away in order to protect them. Or, you’re too afraid to hear the truth and be faced with the consequences of your own decisions: the decision that you were going to ignore your symptoms.

Putting your mental health as a priority is not a great time. I said those exact words to my doctor after trying to talk my way out of one of the streams of therapy I need. ‘I had to overcome all of these challenges to even get there and honestly, it wasn’t a great time’.

‘Well, I wasn’t sending you for a great time. I was sending you to get the help you need.’

And that was when it hit me, to be honest. After almost 10 months with the same psychiatrist, it finally hit me. Healing is hard. Facing your symptoms is hard. I had been running away from any sort of healing that caused me pain because a long time ago I had told myself that healing was for the weak. Healing was for people who had time to sit around and think about their problems. Healing was admitting that this was something I needed, not something I wanted.

If we could convert our mental anguish into physical symptoms the reality would be so much clearer. This is what happened to me in April of 2019.

I had been going through a lot, too much to type out in one blog post that’s for sure. I had been using my go-to coping mechanisms ‘disassociation’, ‘avoidance,’ and ‘isolation.’ I figured if I could work on myself privately and fix what was broken, then I could emerge a new, better version of myself. I was functioning in many ways of my life. I had amazing clients, I had great friends, a supportive partner, amazing kids. However, I was dealing with internal things that ping-ponged off my organs, causing stress havoc inside. Panic attacks, vomiting attacks, amnesia, narcolepsy, flare-ups, dizzy spells, chest pains. They were all coming at me like I was a walking physical symptom of mental illness. I imagine a volcano heating up on the inside while everyone on the island plays and goes about their business. I know that if I erupt, the damage I will do to my kids, my family, my friends, my career, would be irreparable. I kept it in for a very long time. I started exercising, eating more vegetables, attempting to take care of myself. It was no use though, because when you are as far down the rabbit hole as I was there is no fixing yourself. There is no healing because you don’t know the damage you’re doing to yourself. You don’t have coping mechanisms; your brain is telling you things that you believe without knowing that YOU DON’T HAVE TO BELIEVE YOUR THOUGHTS. I say that in bold for the ones this far in feeling like they’re nodding their necks off and just read that for the first time. YOU DON’T HAVE TO BELIEVE YOUR THOUGHTS.

I remember waking up that random April morning and dropping the kids off at school and day-home for the day. Coming up the stairs made my head spin and I clutched at my chest as my heart squeezed inside my body. The night before my partner watched my Fitbit as my pulse became unstable. Dipping down into the 30s. I felt his light press, as I lay there not all the way conscious, to see if my heart was dipping anymore. The next day I sat there reminiscing about that moment as I stared at a note he weaved into my scale and realized I was loved, and something was wrong. I needed help. I picked out the note, taped it to my makeup door, and went to the hospital.

They brought me in and did all the tests. An EKG was the first on their list as I’ve had heart issues before. They couldn’t figure out why my chest was hurting, and my pulse wouldn’t go up over 39. They were asking me questions, but I was so dizzy I couldn’t get my brain to fetch the information that they needed. I just kept saying, ‘I don’t know, I don’t remember, I don’t think so.’ I felt so stupid. Like had I not been living in my own body? How come I didn’t know how much I have been sleeping, or using the washroom, or what day it was for that matter?

I had several doctors and students come in and ask me all sorts of questions from different aspects with no return of answers until one doctor noticed my Fitbit.

‘It’s pretty worn out; how much do you use that?’

‘Do you keep track of your food intake as well?’

I passed him my app proudly knowing I had been tracking everything I’ve eaten and had been eating clean, healthy and process free.

‘Do you track everything you eat?’

I felt a little defeated, but mostly confident there was nothing wrong with me. I was sitting in my right BMI, I was eating clean, exercising, doing yoga, and drinking more water than you can imagine. I was completely healed…

‘We need to talk, Kayleigh. The amount of water you’re drinking is drowning your body.’

This was a little embarrassing as I’ve had this happen to me before.

‘Yes, I know that looks bad, but I am eating vegetables and fruit…’

‘You aren’t eating, Kayleigh. And you’re drowning your heart. You are at high risk for seizures, you are experiencing nutrient deficiency and your heart is under stress from trying to perform basically underwater. I see you have a psychiatrist appointment coming up and honestly, I can’t get you one faster than your appointment otherwise I would be. It’s very important you see her; she will be getting my report.’

And that was the day at 31, I realized I could not outrun, forget, or ‘get past’ my neurological illnesses by myself and if I continued to try, I would die.

I knew that I had to do something for myself. 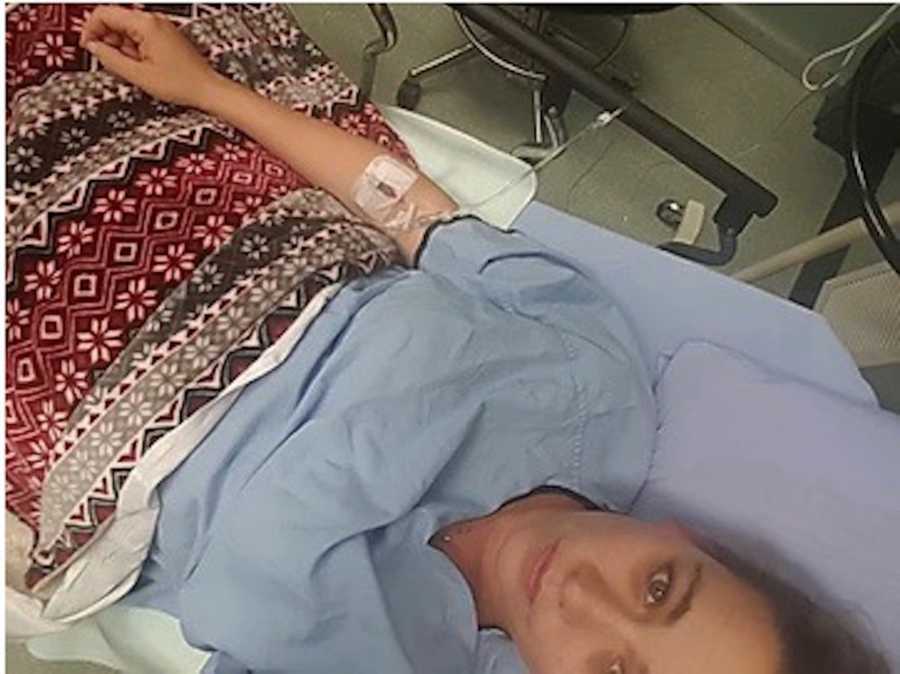 However, it wasn’t until going through generations of letters, photos, and stories I realized my exact issues were genetic. They had plagued my family for generations. It wasn’t my fault that I was passed these half-ass genes, but it was my responsibility to take care of them. Just like any other illness we get, treat, cure, heal, or live with. It’s not our fault, but it is our responsibility to care.

One day, they may find themselves face to face with their half-ass genes.

I want to work on myself and do the hard healing so I can help them navigate the illnesses that aren’t their fault either. However, it will be their responsibility to treat and care for them, and I want to give them a good precedent to follow.

That when we are sick.

That we go to the doctor.

You can’t ignore an artery that’s cut and won’t clot.

You can’t ignore an asthma attack causing you not to breathe.

You can’t ignore a kidney stone.

This story was submitted to Love What Matters by Kayleigh C. Lynds of 16 Seasons photography in Alberta, Canada. It originally appeared on her blog. Submit your own story here, and subscribe to our best stories in our free newsletter here. Do you have a similar experience? We’d like to hear your important journey. Submit your own story here. Be sure to subscribe to our free email newsletter for our best stories, and YouTube for our best video’s s.

Even before life began I didn’t have the best chance of survival. I was conceived by two reckless, ill prepared, teenagers being instructed to ‘consider all their options.’

‘I had a panic attack this morning waking up to my children. Chest pain was the first thing I felt.’ 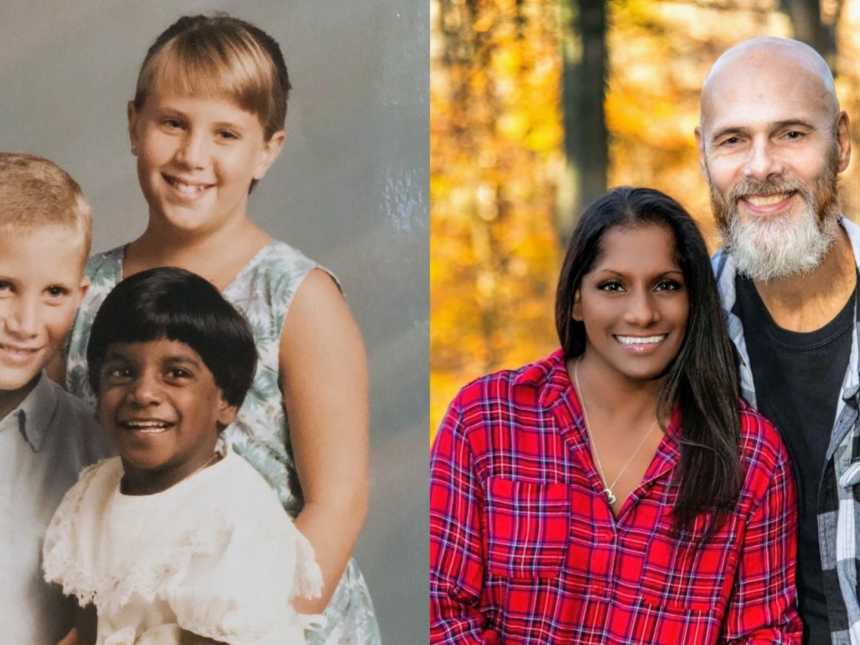 ‘Were you baked too long?’ Tears ran down my face. ‘You’re EXTRA black.’: Transracial adoptee urges ‘family comes in all different ways’

“’Is she an exchange student? HOW is she your daughter?’ FAMILY comes in all different shapes and colors.”