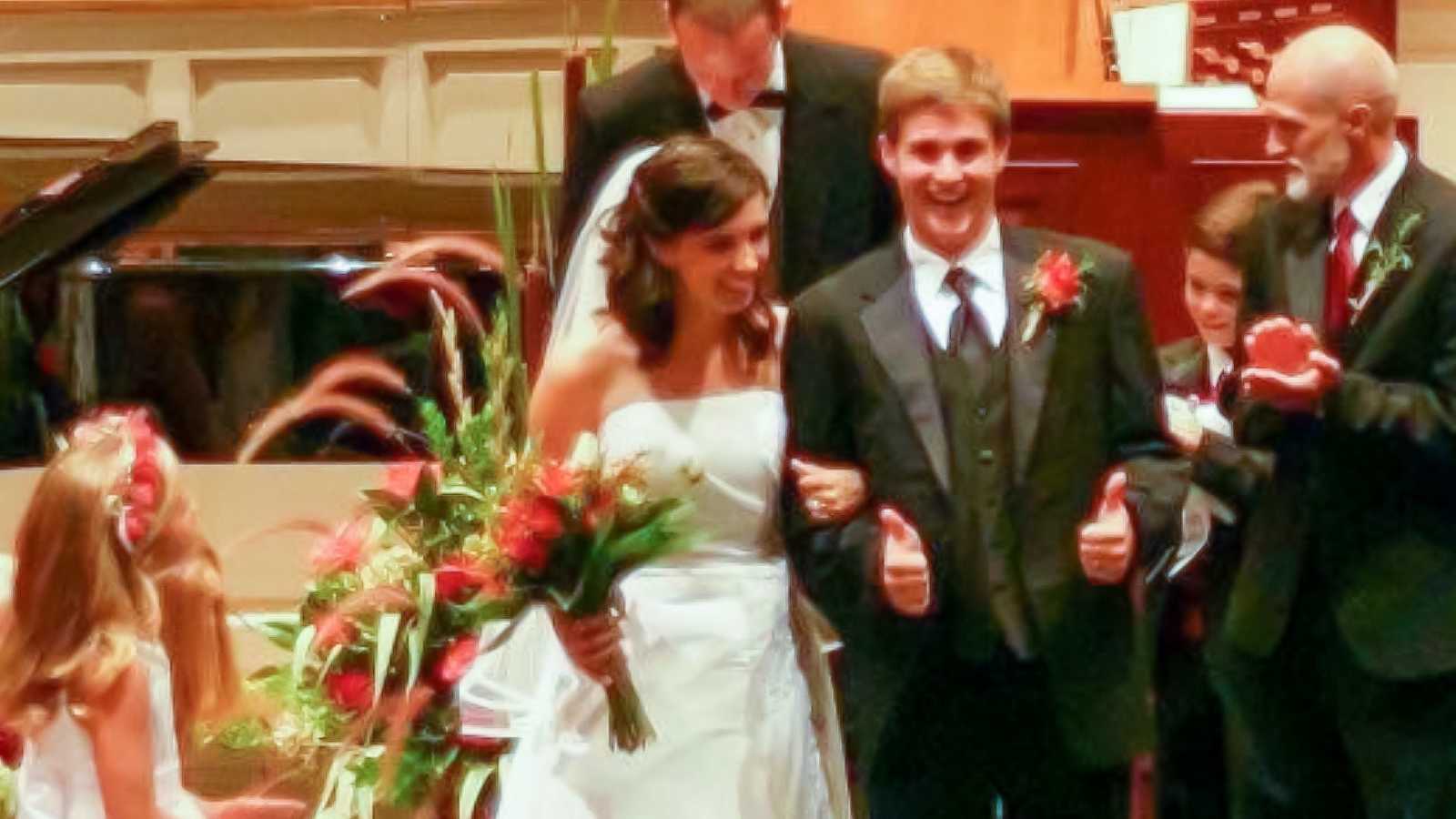 “I have been married almost 14 years. We were babies when we said our vows.

Or, at least, that’s what everyone said.

At 21-years-old, we were getting a lot of advice on how to make a marriage work. People were concerned, you see. We were warned about financial stress and the temptations that could exist outside of our relationship. We were told that love changes and loses its passion. We were told not to have babies young. We were told to wait until we were older.

We were told a lot of things. But what absolutely nobody told us was at some point, no matter how much we loved one another, there would come a time when things felt broken beyond repair.

Of course, we had seen couples split and move on over the years. Even couples we admired. But we figured that kind of brokenness was for people who didn’t love one another as much as we did.

Whenever I get a chance to counsel a young couple these days, I always start by saying how much I love Ian. He’s my best friend, my life partner, and my person. I rely on him and trust him with my whole heart. Our relationship is a force to be reckoned with.

But it isn’t unbreakable.

The truth is, we barely survived our first year of marriage—and we share that with anyone willing to listen. We fought often, used cruel words, and cut one another down. There was more resentment than love in those early days. One day, less than a year in, I found myself crying in the shower, wondering how something so precious could just fall to pieces the way it did.

The truth of the matter is, friends: anything precious can break.

A few years ago, I was perusing an Asian market in Orlando, Florida when I happened across a delicate pearl-colored teacup. It was the kind of fragile thing that makes you nervous to hold, and as I examined it closely, I noticed several glimmering golden streaks painted across its body.

‘What a beautiful design,’ I muttered.

A man at the market was hovering nearby and quickly responded, ‘This is Kintsugi.’

I knew that was a statement begging a question, so I asked him to explain what Kintsugi was.

He smiled, ‘In Japan, we do not toss away precious things that are broken. With Kintsugi, we repair the broken parts with gold. We do not hide the cracks. We honor part of this objects history and know its story. And then it becomes more precious and stronger than it was before.’

Even now, I can’t help but consider how many broken things I toss in the garbage each year. Just last week, my dog knocked a cup off the counter, sending its shards in ten different directions on our kitchen floor.

I stared at the floor, and for two seconds considered the art of Kintsugi. Then I laughed out loud because no freaking way was, I going to glue that Dollar Store glass together, piece by piece.

The truth is, sometimes it’s just easier to replace a cup than it is to repair one.

But how much more precious was that teacup, when compared to my Dollar Store glass?

To compare the two is pretty ridiculous.

I understand repairing a beautiful teacup. I see the beauty in its broken story.

But then… how much more precious is a marriage than any piece of China man can buy?

I’m not going to lie, there have been many moments in our marriage when Ian and I stood at the kitchen floor, staring at the proverbial pieces, and wondered if it was worth the effort of fixing.

But then we remember how precious this love has been for so long, now. Even when we are exhausted and frustrated and absolutely over it. Even if it’s his fault the damn thing fell to the ground. Even if there is some other ‘cup’ at Target that might do the trick just as well…

We pick up the pieces. We place them together. We carefully line our broken parts with gold.

Then, when all is whole again, we sit back and wonder at beauty of it all. There is no such thing as a flawless marriage. But that doesn’t bother me at all. Now I celebrate the love I have for exactly what it is—with every single crack on the exterior.

I’m amazed at how powerful a promise is. And how nothing precious is ever truly broken.

This story was submitted to Love What Matters by Mary Katherine Backstrom. Mary’s book Mom Babble: The Messy Truth about Motherhood is available here. Submit your story here, and be sure to subscribe to our best love stories here.

‘My husband is a hottie. But his blue eyes and brilliant smile aren’t what make him The Sexiest Man Alive. His fatherhood does.’: Wife swoons over husband’s ‘sexy’ traits taking care of their kids

‘HOW OLD ARE YOU?’ The man yelled. ‘Five,’ the boy mumbled. ‘THEN ACT LIKE IT,’ he growled.’: Mom appalled by father’s rude behavior at Disney World, ‘I was livid. Kids are freaking kids’