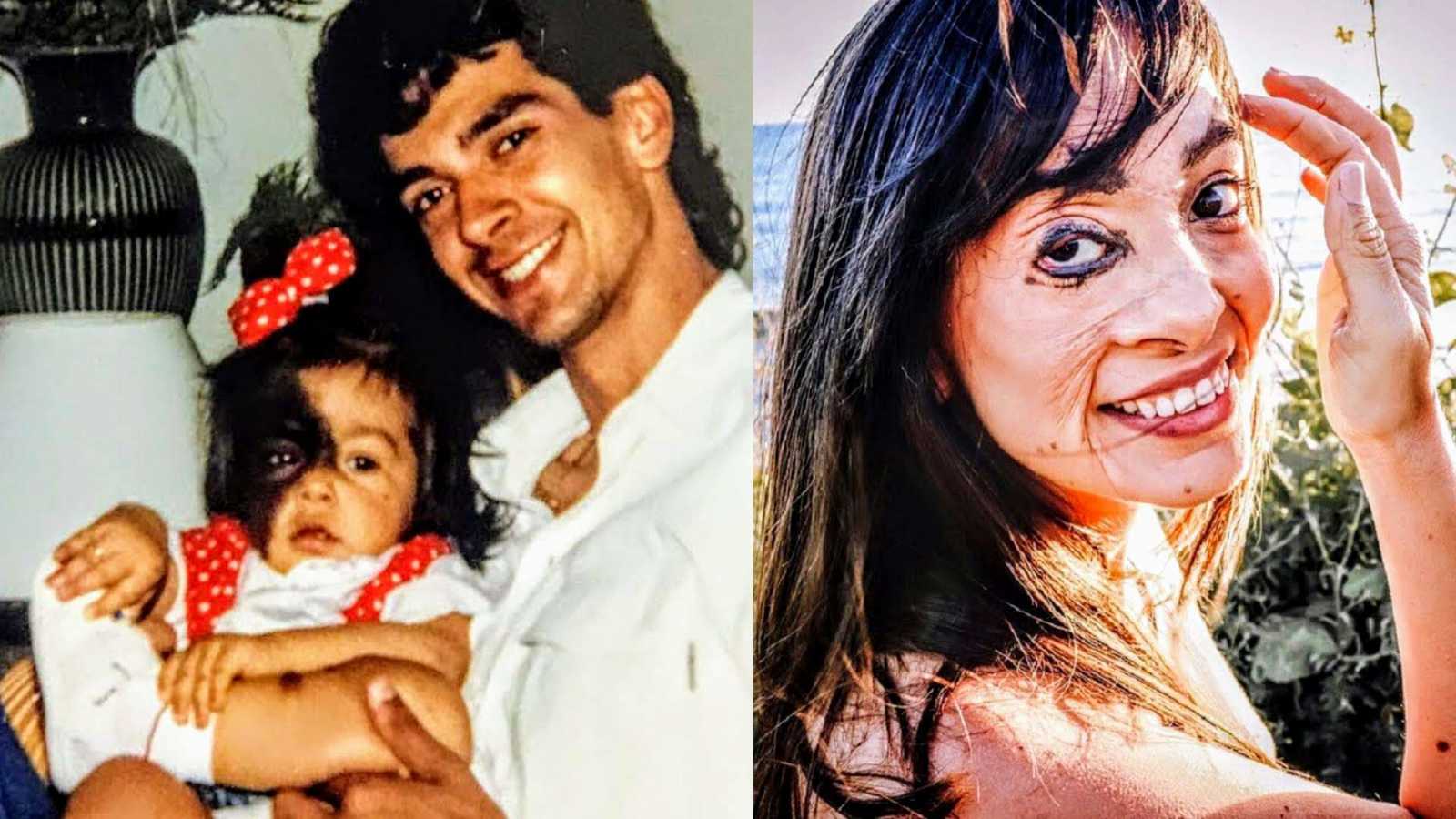 “My name is Nathalia Moraes Freitas. I’m 32 and I live in Los Angeles, California. I was born with a condition called Congenital Melanocytic Nevus, or Nevus for short. It left a large birthmark that covers 40% of the right side of my face, plus thousands of satellites all over my body. From 9 months to 13 years old, I had nine surgeries to remove it.

Back when I was living in Brazil, where people are very image-conscious, I endured years of people judging me by my appearance. Being different was always a big deal, especially in my childhood, and people would always find an excuse to mention my facial scars. I remember complete strangers stopping and asking me, ‘What happened to your face?’ or ‘What’s wrong with your face?’ Most people were just curious and some asked if I had been in a fire or a car accident.

My condition is very rare—only one in 500,000 babies are born with CMN. Back in 1986 (the year I was born), there was no internet, less communication, and most people never met someone with CMN. Up until a few years ago, even I thought no one else had the same condition as me.

I was raised by a single mother and my condition made her job even tougher. Not only was she the breadwinner of the household but her strength and compassion helped me develop into the person I am today. My mother’s hard work and positivity helped us through the tough times and instilled my belief that life is figureoutable. My father not being around wasn’t easy but it made me stronger and, as an adult, I mostly feel unbeatable.

The process of getting surgeries to remove my facial birthmark was difficult for my mother, but it was a decision she knew was right. Her and the doctor always helped me feel safe and said, ‘The surgery would make you even more beautiful.’ But going through the procedures as a child was difficult—going to the operating room, taking anesthesia, rehabbing from the surgery, not being able to go outside to play—all before the age of 13. Also, I had a lot of expectations about the surgeries. As a kid, I imagined the right side of my face would look mirror the left side after the surgery. Of course, that isn’t the case. With time, I had to accept the results and cope better with the surgical process.

When I was almost three years old, my mother met my stepfather and that was very important for our family. Me and my stepfather’s relationship grew very strong and it was something I cherished even as a child. He never let people staring at me or asking me about my condition affect us when we were out and about. He embraced my uniqueness and treated me like his own.

When I was five years old, he and my mother had my brother. It was very confusing for me to understand why he didn’t have his own large birthmark and I was jealous I was no longer my mom’s only focus. After starting school, my original appearance became more evident. Out of the 30 plus kids in my class, I was the only one with facial scars and birthmarks.

Going to elementary school was the hardest time in my life. Kids were very cruel and the school system was even more problematic. I was called horrible things like ‘ugly face’ and ‘monster’. Time and time again, I was told, ‘You don’t look normal.’ Elementary school was brutal. In the beginning, somehow I agreed with them and wished I wasn’t born with birthmarks and had scars. I kept the bullying at school and negative comments a secret from my mother. My thought was, ‘My mother has enough problems. I should figure this out myself.’ But one day I finally reached my boiling point.

I couldn’t handle being bullied anymore. I would cry at class and I couldn’t focus on my studies. Soon, I developed a clever wit about me that I used as a defense mechanism to combat bullies. It was difficult but it helped me to persevere through the tough times during my childhood. One day, I went home and before going to bed I realized a few things: I was born with CMN—it was not a choice, it is a condition. I am healthy and the condition is merely cosmetic. Image is not everything. It’s just the way I look, it does not define me. After finding my inner peace, any time someone would comment about my appearance I’d respond with something thoughtful or disarming. When I decided to embrace myself and speak out, everything became easier.

A few years after my mother and my stepfather separated, she bought a home in a new, and smaller, town. The change was major for me. I finally found a community with people that embraced me. Shortly after, I met some of my closest friends, many of whom are still in my life today. Of course the teasing never fully stopped in school but now that I found my circle of friends, it was easier to ignore any negativity. I was feeling better about myself and I had my group of friends who loved and respected me.

In my freshman year of high school I made new friends and I met my first boyfriend. He was popular and we quickly became friends until one day he asked me if we could start dating. I was flattered he liked me. I always thought I was the ‘ugly duckling’ and now the popular guy wanted to date me.

The confidence that gave me helped me so much on my self-acceptance journey. I started to believe that I am as beautiful as my mother and doctor predicted I’d be. Our relationship helped me feel as pretty as the other girls.

After graduating college in Brazil, it was time for my next challenge. The challenge: moving to the U.S. Originally, my trip to California was supposed to be a short trip where I’d study English and visit my aunt. But I fell in love with California’s lifestyle and wanted to stay for good. Being in a new place and speaking a new language isn’t easy for anyone but the trials and tribulations I faced as a child gave me the tools I needed to adapt to any situation. It turns out that having a visible difference actually helped me pursue my dreams. I continued my career as a marketing professional until I found my calling in educating people about the perils of bullying and promoting kindness amongst peers.

In 2018, I began sharing my story on social media, drawing the attention of people and publications worldwide. In early 2019, I launched Loving My Dots to promote connectivity among diversity. My goal is to share my story and hear other people’s stories hoping that everyone can see themselves as beautiful as I see them. Even being born with a giant facial birthmark and having scars from surgeries didn’t stop me from learning how to love myself and I embrace the way I look. As a motivational speaker, I intend to spread the word about equality, kindness, and self-acceptance. My ultimate goal is to reach anyone that struggles with their appearance and inspire them to embrace their own diversity.”

This story was submitted to Love What Matters by Nathalia Moraes Freitas of Redondo Beach, California. You can follow her journey on Instagram, Facebook, and YouTube. Submit your own story here and be sure to subscribe to our free email newsletter for our best stories.

‘I don’t want to be here! People get bad news in these rooms!’ My son’s leg was rapidly turning black. ‘Your son is the sickest kid in this hospital right now.’ Mom shocked by horrific diagnosis after being told it was a ‘regular bug’ 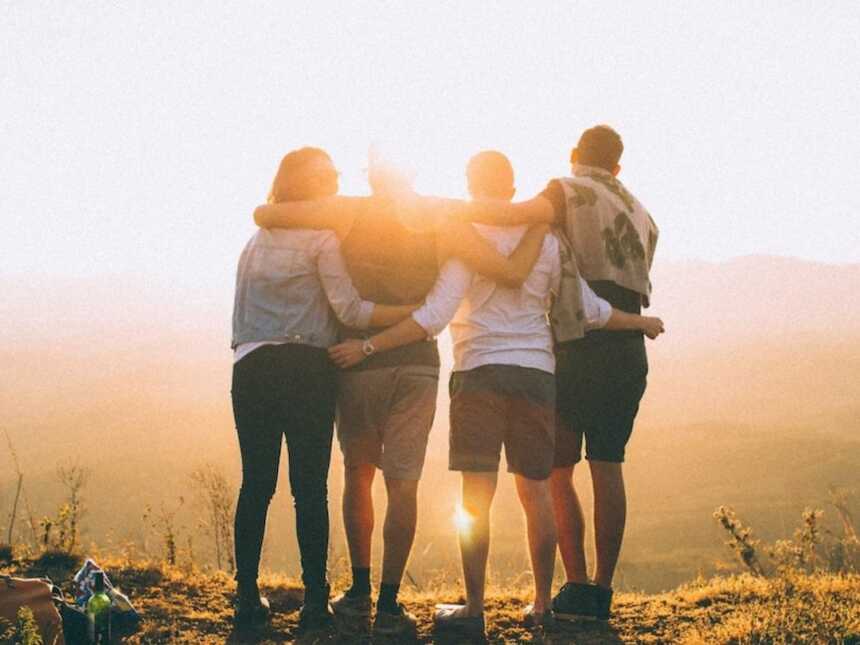