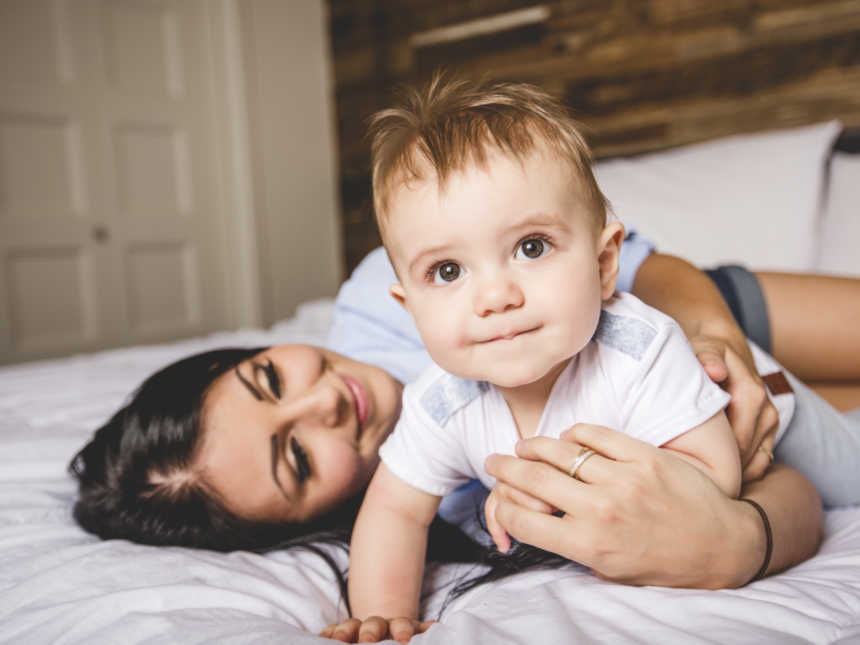 “At a certain point, you stop believing it will actually happen. I’ve been anticipating baby boy’s move ‘any day now’ since his plan changed in December. But it hasn’t happened.

He was only supposed to be mine for four months. But then things changed. Concerns about his extended family became harder to ignore, the plan for his future less clear.

When his worker called to tell me that his family had been ruled out, she asked if I would be willing to adopt him. ‘Well, I love him…and I would love to be his mom forever…but I don’t think I’m supposed to be…and I think I know who is.’

My friend had only cared for him for the weekend, but that was enough. In one weekend, she and her family had fallen in love with him. They loved him with a love that wasn’t ‘normal’ after just one weekend. It was a meant to be kind of love, a forever love.

My friends weren’t waiting adoptive parents. They weren’t foster parents. I don’t even think they had planned on having another child. But this little boy broke into their lives and hearts, and they fell for him. Before they had a claim to him, before it made sense for them to love him at all, they became his parents in their hearts.

His worker already knew about these friends and their special bond with my boy, so she immediately agreed and took it to the lawyer and supervisor. It took a day for them to be chosen to be his family and six months for them to actually be approved to be his family.

But those six months ended today. And with it, my 13 months of being his foster mom. I’ve been waiting and praying and hoping for this day–for them, for him–so much, that I’ve barely considered what it would feel like for me.

As my friend and I texted about the details, she asked: ‘Are you sure you’re OK with this?!’

Am I OK with this? With losing this little boy that I love? With the empty crib in his room, the empty space in our home? With the questions and tears of my other children? With another good-bye with another child that I’ve loved as my own?

Her question, and all the emotions of this day that I’ve been waiting for for so long, brought tears to my eyes.

This story was submitted to Love What Matters by Jamie Finn, a foster mother and founder of FosterTheFamilyBlog.com. Submit your story here, and be sure to subscribe to our best love stories here.