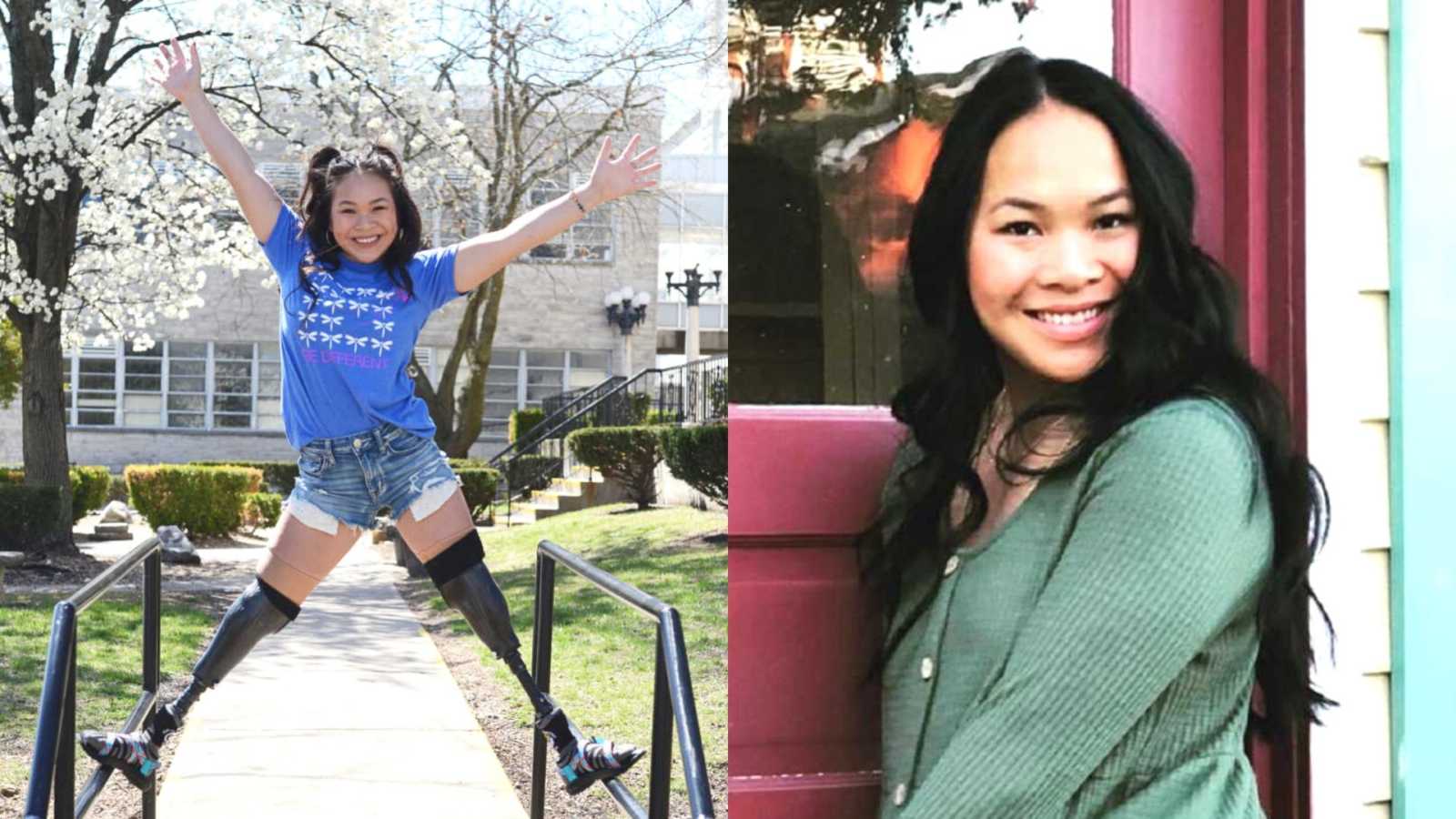 “I don’t remember the explosion. It’s strange to know something so traumatic happened to you that you shouldn’t be alive, but you have no memory of it. Even though it changed the trajectory of my life in the most profound way.

I was born in Vietnam. I was a healthy, whole baby, as far as I know. I had all ten fingers and all ten toes. Although I was healthy, we were in extreme poverty and desperate circumstances. I’ve had to piece together my story from things told to my adoptive parents, newspaper articles translated from Vietnamese, and later interviews done with my biological grandparents.

One or both of my biological parents detonated a bomb inside our tiny, little thatched roof hut. The story told to my parents was a tragic love story of two people who were married to other people and felt hopeless in their circumstances, to the point of committing a murder/suicide in the belief it would be the only way they could be together forever.

The other version is my biological father had lied to my mother about being married, and she kicked him out when she found out. He came back with a bomb to kill us all.

I was supposed to die that night, and I almost did. I was found 30 feet away from the destroyed, flaming hut, mangled and burned with shrapnel in my head and tiny, little body. I know this from the scars I still have today.

Someone found me that night, and my grandma rushed me to the hospital, most likely on the back of a motorcycle.

I don’t know how I survived. In order to save my life, they amputated both my legs below the knee. There were so many things that could have killed me that night. Blood loss, shock, shrapnel, fire, or even just extreme poverty could have been the end of my story.

I stayed in the hospital over 38 days, but each day might have been my last. It said in the newspaper that Vietnamese patients and their families would donate money for me to stay one night at a time, because my grandparents were too poor to pay the medical bills.

It’s a lot of pressure saying you’re a miracle, but I guess I am.

Here’s the most amazing part of this story though… everything that should have made July 19, 2004 the worst night of my life, gave me the chance to have the beautiful life I have today.

Two years earlier, in the middle of Missouri, a woman with six biological children began to have the strong feeling a child was missing from their family and they were supposed to adopt. It took Shelly Shepherd two years to convince her husband, but she never gave up. This unknown child was on her mind when she woke up and when she went to sleep. Finally, after much discussion and counseling, Rob Shepherd agreed they could begin the process of finding a child who needed a home.

A week later, they were told a horrific story of a baby in Vietnam who had survived a bomb blast. Touch a Life Foundation went to bring this baby girl to the USA on a medical visa, to receive the next steps of medical care she needed. They asked the Shepherds to come along. There was an immediate bond, as if we had both been waiting for each other thousands of miles apart.

I was adopted by the Shepherds and became a part of the most amazing family. I was the youngest of seven children, five girls and two boys. My parents loved us all with a strong, powerful kind of love — both as a group and individually.

I was taught to embrace my differences, along with pursuing my destiny, with everything I had. They didn’t just teach their adopted disabled child these things because I was a ‘miracle.’ They taught and expected these things from all their children because we were all ‘miracles!’

I began to learn about adaptive sports at the age of 7, after an embarrassing fall at my first ever grade school track meet. My brothers and sisters were all involved in athletics, and they were good at it. I knew I had the ability in me too, but I found out quickly that team sports would not be my thing. Even though all the inspirational quotes say you can do anything you dream, in all reality, there would be limited opportunities to do something I could really compete at.

I had the chance to get running blades and began to pursue track, but track wasn’t going to be for me. I felt pain when I ran, and I didn’t like my legs getting hot and sweaty. I tell students when I speak at schools, ‘If you cry every time you do your sport, you should probably try a different sport.’

At the age of 10, I decided to try competitive swimming. I was hooked. I could take off my prosthetics and move freely in the water without anyone’s help, or any piece of equipment. As the saying goes, the rest is history… although I’m just 17 and have a lot more history to make!

At the age of 12, I was put on the USA Paralympic Emerging team and hope to qualify for the 2021 Paralympic Games in Tokyo.

My athletic career began to open up other opportunities for me in modeling, speaking, advocating for girls to accept their uniqueness, and educating young people about disabilities and diversity.

My training opened up the world of Crossfit and weights, along with learning about nutrition and health.

At the age of 13, I began to feel a lot of stress and pressure. I wanted to shrink away from the spotlight. I would tell my mom, ‘I don’t want to do this any more. I’m afraid if I fail I will let all these people down. They will be so disappointed in me.’ She explained that was fear, and we would fight it together. One thing she told all of us over and over is, ‘Your sport is something you DO. It’s not who you ARE. You always need to have a grasp on who you really ARE. That way when you fail at what you DO, you will have a firm foundation to land on.’ I am very thankful to have been raised with such sound advise.

I never saw myself as a victim, and I thought having prosthetic legs made me so special. Somehow, someway, I understood fully by the age of 10, I was living what I considered an amazing life. Not despite being an amputee, but BECAUSE I was an amputee. I have met the most amazing people with amazing stories, because let’s face it, everyone has a story. I have traveled to other countries, and I have gotten to share my story with thousands of young people all across the country.

I am so thankful for the opportunities this life has given me. I love my life, my family, and my story. And believe it or not, I love being an amputee, because it is what makes me…. me.”

This story was submitted to Love What Matters by Haven Faith Shepherd. You can follow her journey on Instagram and Facebook. Do you have a similar experience? We’d like to hear your important journey. Submit your own story here. Be sure to subscribe to our free email newsletter for our best stories, and YouTube for our best videos.