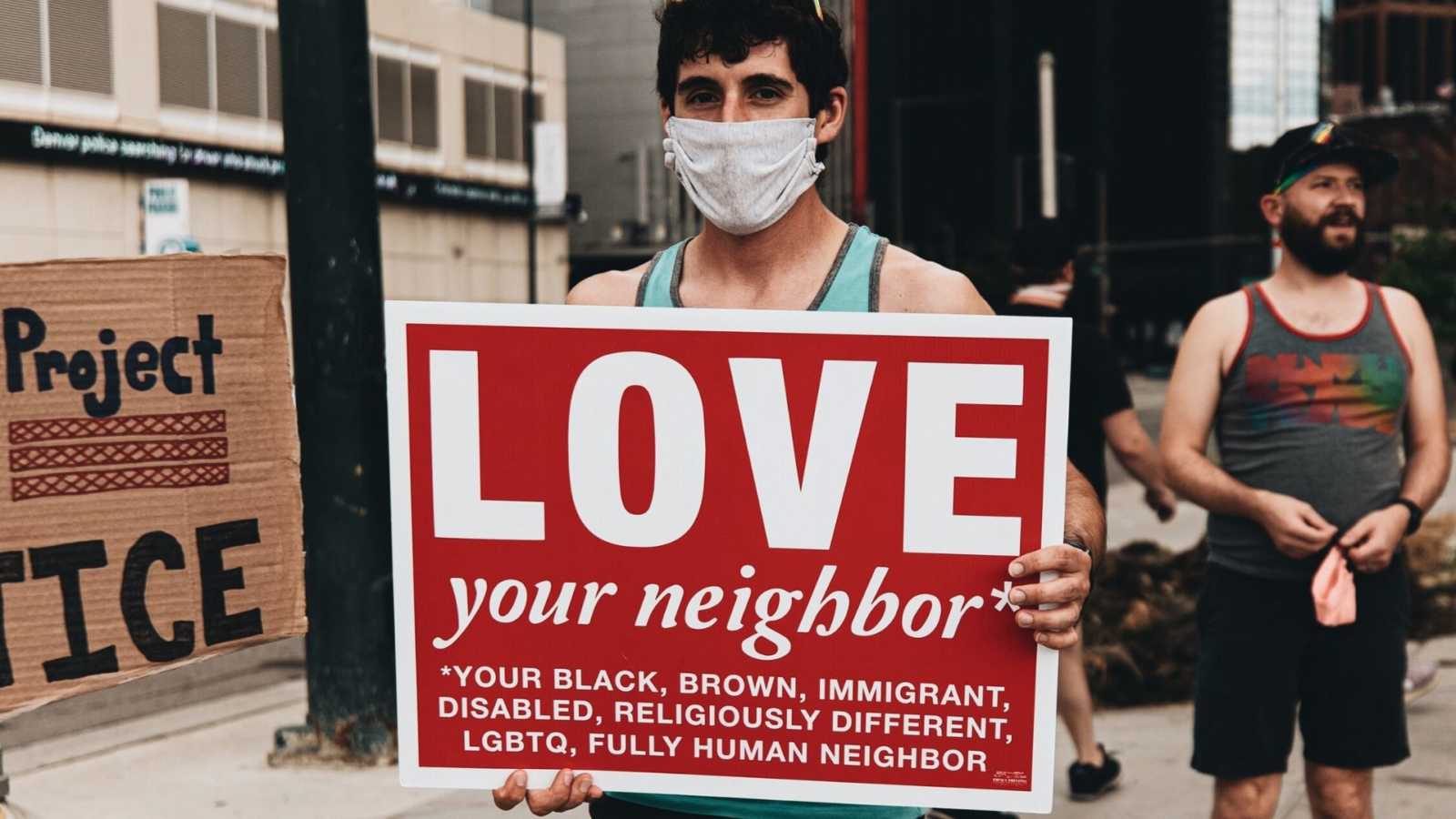 “There’s a FB post that’s getting shared around and I can’t get it out of my head. It seems to be asking for us all to be more open-minded and more tolerant of other views, which generally seems like a good idea.

So why is it bothering me?

WELL, TAKE A LOOK AT IT FIRST:

BUT, stop thrusting your beliefs on others and not dealing with the fact that they don’t have the same exact mindset as you. Having our own minds is what makes us all individual and beautiful. If you can’t handle the fact that you may have a friend who has opposing views, then you are not any better than the bigots and the racists. I don’t have to agree with everything you believe to be a decent human being and your friend.

Copy and paste if you agree. I did.

First off, what I do agree with is a lot is going on right now, and it is a lot to process!

Everyone is sick of COVID-19. I assume the point here is that we aren’t necessarily going to agree on the best path forward. Okay.

But to the white people sharing this quote on Facebook, what exactly does it mean that we are ‘sick of black vs. white,’ and then urging others to ‘stop thrusting your beliefs on others?’ Or to the straight people who are ‘sick of gay vs. straight.’

Here we have groups in power – straight, white – who are sick of people not in power demanding to be treated fairly. If there is another way to interpret this, I’d love to see it.

Because it sounds a lot like asking people to stop advocating for social justice, to stop getting mad at their friends who are exposing themselves publicly with their racism and homophobia, and just ‘agree to disagree’ with them.

The only reason there is so much talk right now about black vs. white and gay vs. straight is because we are not all being treated equally. We have NEVER all been treated equally. And people are sick of it and pushing for a change that is long overdue.

‘I’m sick of the whole being blamed for the sins of a few.’ To say this statement is misguided is putting it mildly. The major systemic problems we are all grappling with right now? This is NOT ‘the sins of a few.’

Does that mean that every cop is a murderer who wants to shoot Black people? Of course not! But the ‘bad apples’ argument doesn’t come close to holding water here. This is not a few bad apples causing problems. This is a system that has over-policed and brutalized Black communities for years and has not been held accountable. There is a reason people are protesting in the streets!

We live in a country so steeped in racism that we can’t even see it. We can’t even see that our society is set up structurally to benefit some of us while drastically limiting the life options of others. The sins of a few?

GIVE ME A BREAK.

The post says it’s fine to support Trump, and that everyone else should just respect that. The ask is to just ‘agree to disagree’ when it comes to our President.

Sorry, no. I’m not even a little bit on board with this message.

When you have a President displaying flagrant cruelty, inciting violence, actively working to take away civil rights on a daily basis – well, we are allowed to judge that! I’d go a step beyond and say that we have a moral obligation to actively judge the behavior of our leader.

When you look back at history it becomes clear who was on the right side of it and who wasn’t.

Imagine a statement like this coming out of Nazi Germany:

‘Hey guys, I know some of us are Hitler fans and some of us aren’t Hitler fans, but can’t we all just agree to disagree on this and be nice to each other about it? I know a lot of people are suffering and being murdered, but having our own minds is what makes us all individual and beautiful. So, let’s be nice to our friends and neighbors who still support Hitler because that’s their opinion and it’s fine to have different opinions!’

GIVE ME A BREAK.

Or try this, while we as Americans were busy keeping slaves:

‘I’m so sick of everyone fighting about slaves! If you want to keep slaves, FINE. You do you! If someone else doesn’t want to keep slaves, also fine! We all have different ideas and opinions and we are all entitled to them. I don’t have to agree with everything you believe to be a decent human being and your friend.’

Again, GIVE ME A BREAK.

These are not little differences in opinion. They weren’t then, and they aren’t now.

If you are a white person sharing that post (and I’ve only seen white people sharing it), how is it helpful to your friends who are afraid for their Black children to say ‘we’re just one race – the human race!’ if that sentiment is just said while we throw our hands up in the air, as if, eh, there’s nothing else to be done about the racism entrenched in our society.

I mean, we’re all ONE RACE so things are fine!

Except things are not fine. And if you’re sharing that post, I can bet money on the fact that you are sharing it from a position of relative privilege. You can be ‘sick of’ everything while simultaneously not having to live your life as a person who is being marginalized, targeted, or killed based on factors outside of your control.

Of course we can agree to disagree on some things, but human rights? No thanks.

‘I don’t have to agree with everything you believe to be a decent human being and your friend.’

True. We don’t need to agree on everything, but if we can’t agree on the big-ticket things – on human rights and fair treatment for everyone, on the fact that systems of oppression that have long favored white people need to be actively dismantled – then we do in fact have a problem.”

This story was submitted to Love What Matters by a woman who wishes to remain anonymous. Submit your own story here and be sure to subscribe to our free email newsletter for our best stories.