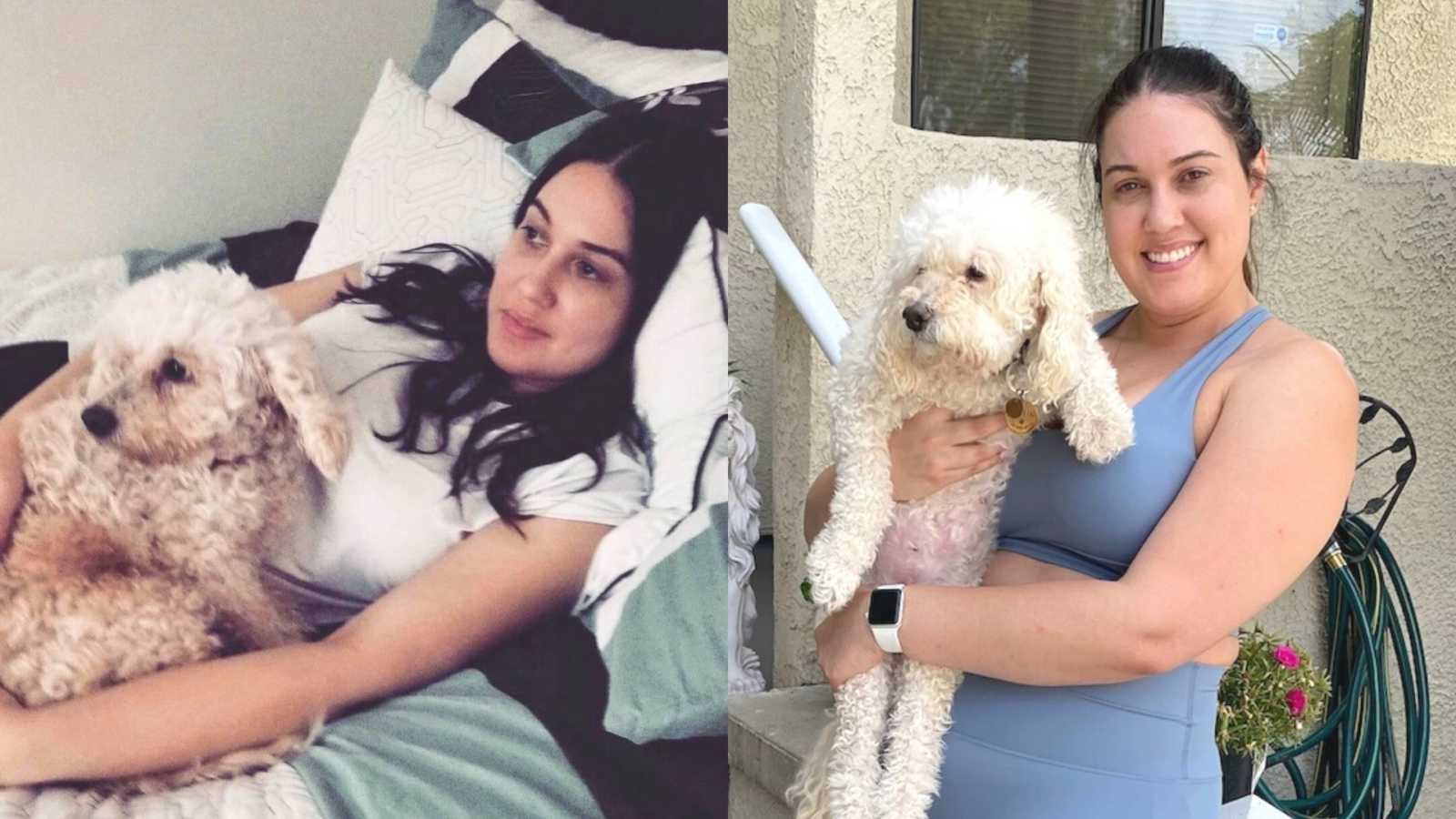 “My name is Sasha Heavrin and I am 29 years old living in California. I wanted to share my story as a woman living with endometriosis. I was diagnosed with endometriosis when I was just 19 years old after dealing with so much pain during my periods since I was 13 and not having a doctor being able to give me a straight answer.

I got my first period the summer after turning 13 and I was not sure what to expect. A few months into menstruating regularly, I realized the pain was becoming unbearable. I remember feeling like I was going to pass out from the pain in P.E class while all the kids played basketball, but didn’t know why I was the only girl in my class who seemed to have severe cramps. Other girls never complained or were also curled up in fetal position. Sometimes I almost stayed home from school, but I would tell myself it was normal and force myself to go to school. By the time I got to high school, I was getting migraines, and with my period cramps I would feel lightheaded and have a hard time concentrating. My mom took me to my first OB/GYN appointment at the age of 16. I went in and explained how I was feeling, and she told me she suspected I had endometriosis and she was going to give me an ultrasound. The ultrasound tech told me my uterus was upside down, which it’s not, and that the doctor would give me the results. The doctor told me the ultrasound was clear and that I just had bad cramps and put me on birth control. My friends from school would tell me to try Midol or pamprin, and I would, but nothing seemed to help. I would suffer from random bloating and lower back pain that was unbearable. In high school I was part of the agriculture program and occasionally when the pain was so bad, I would put a 50 pound feed bag (grain for the animals) on my abdomen because the pressure helped the cramping. School was rough with these experiences.

By the time I turned 18, I had accepted that I just got bad cramps and that was going to be my life. That was until I moved to central California with my dad and got a new PCP. I told her what I was experiencing, and she told me she was pretty sure I had endometriosis because she also had it as well and had everything that I was describing. I told her I had been checked for that by ultrasound and they ruled it out. She mentioned that endometriosis cannot be diagnosed that way since it will not show up on any scans, that it had to be diagnosed through a laparoscopy surgery. The laparoscopy is where they go in with a camera through small incisions and can view on the screen what is going on inside. When the endometriosis growths are spotted, they can be removed by an ablation (laser off growth on the surface) or an excision (taking out the growths at the root) to get rid of it. However, endometriosis will grow back. My PCP had given me a referral to an OB/GYN who confirmed everything my PCP told me, and scheduled me for surgery. He found the beginning stages and got rid of the growths that were there and gave me birth control to help them from growing back too quickly. The birth control helped my monthly cramps, but I noticed I was now getting unbearable migraines and had to leave work early a few times. Months later, I was again curled up in fetal position.

In 2014, I moved back to southern California with my mom to finish college with my new major and again had to switch doctors. My new OB/GYN also kept giving me birth control, but told me getting so many hormonal migraines could put me at risk for stroke so we tried other combination pills and referred me to a neurologist to rule out anything serious. This doctor retired a few years later in 2019 and had us to go a doctor who he recommended take over his patients. I took this opportunity to see if this doctor could help me. He did not listen to my concerns, but was really pushing me to try Orlissa, which puts you in medical menopause. I told him that is not what I wanted so he said ‘okay, so what do you want me to do,’ which was frustrating since he was the doctor. I told my mom about my experience, so she told me to try her OB/GYN. Now in 2020, I went to her doctor where I was told I never should have been given a combination pill because the estrogen could make my endometriosis grow back quicker and cause the migraines. They suggested either the Nexplanon implant (progesterone only birth control implant) or Orlissa. I opted for the implant. I went in for my appointment and noticed after a few months that my periods stopped completely, and I had gained 30 pounds and was constantly bloated. I had them take it out and even the doctor mentioned I had gained a lot of weight in the six months I had it. I was beyond frustrated. They then switched me to the mini pill (progesterone only pill) which still allows me to get my period and only bleed for three days. Prior to birth control, my period would be seven days long.

To put in perspective how painful my cramps are, I had appendicitis and drove myself to urgent care where they diagnosed me, and then drove an hour in traffic to get to the ER and was told by the front desk staff that I looked fine, and they couldn’t believe I was there for appendicitis. My monthly cramps are way worse that my appendix pain was.

Fast forward to present day and I still suffer from terrible cramps, even with birth control, but now my migraines are only before my period starts. I still get flare ups and bloating, which is also known as endo belly. To cope with pain I bought a TENS unit for my lower back, use the pharmacy disposable heat packs for my abdomen and occasionally pain killers. I have been managing by taking baths, applying CBD balm, magnesium oil, incorporating more of an anti-inflammatory diet and try to lower stress. I have also incorporated weight training at the gym and other forms of movement like cycling, Pilates, kickboxing at home and dancing.

One thing endometriosis has taught me is to be resilient and strong. It has also taught me that if you don’t make time to take care of your health, you will be forced to take time off for your illness. I now am working on managing my pain and taking care of myself in a more holistic way. I am an endometriosis warrior.”

This story was submitted to Love What Matters by Sasha Macielle from California. You can follow her journey on Instagram. Submit your own story here, and be sure to subscribe to our free email newsletter for our best stories, and YouTube for our best videos.

‘My doctor said, ‘It’s just part of being a woman. You have a lower pain tolerance.’ I was nicknamed ‘drama queen.’: Young woman diagnosed with endometriosis after 7 years of pain

‘You need to isolate immediately.’ The chances of survival for me are extremely low.’ : Woman with asthma, stage 4 endometriosis says, ‘I’ve been fighting my whole life, I don’t plan on stopping now’

‘It felt like razor blades in my uterus. ‘I NEED pain medication!’ I thought I was going to throw up.’: Nonverbal woman with cerebral palsy shares journey with endometriosis

‘My mom wiped my tears. ‘We won’t stop until we have answers. I promise.’: Endometriosis warrior shares 8-year diagnosis journey

Please SHARE this article with your friends and family to raise awareness about endometriosis!