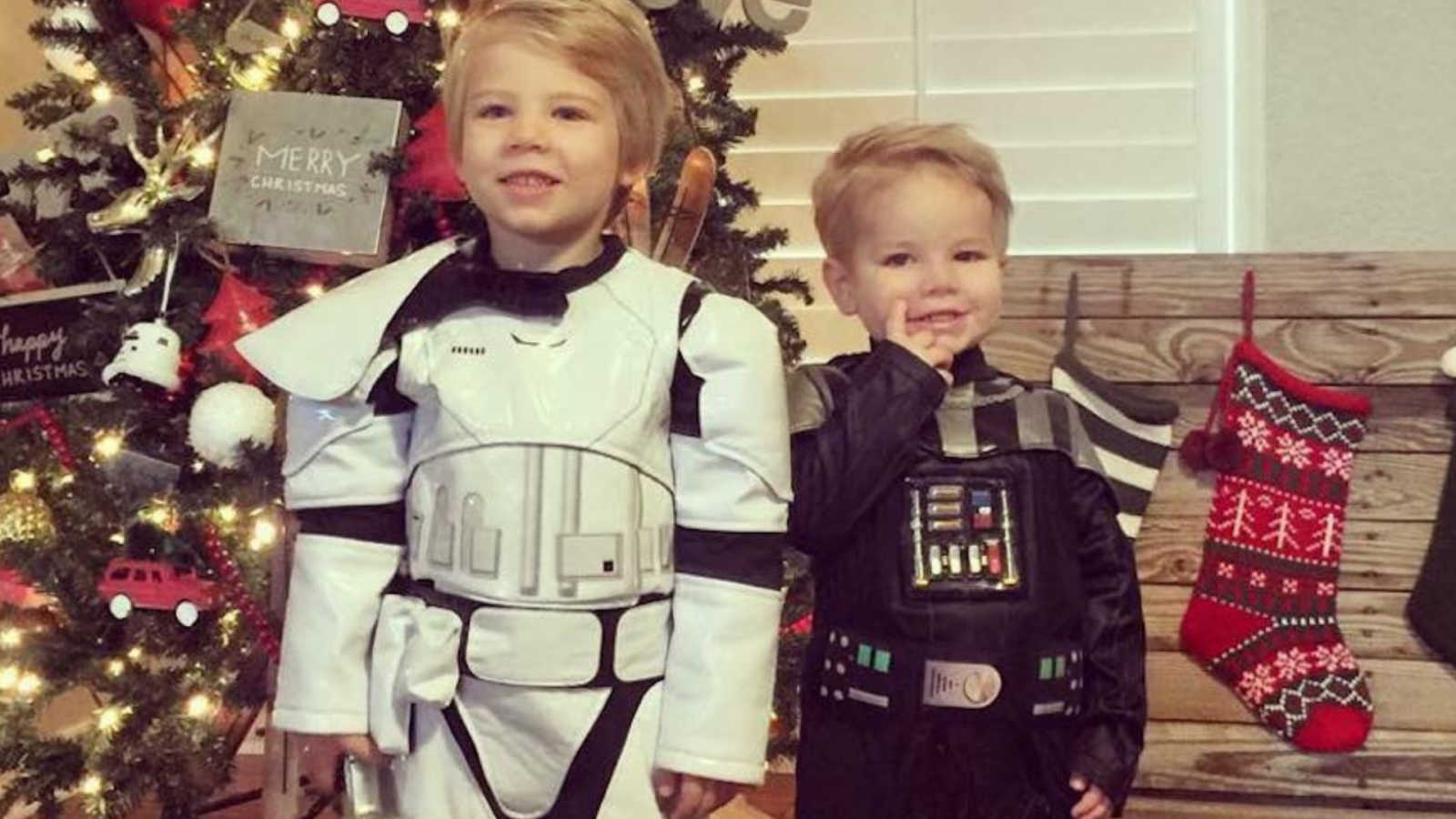 I started probing for sales on very specific superhero costumes bright and early the morning after Halloween. I bought Nerf Guns well before the other masses of gift-givers could get their hands on them. I made sure each gift was absolutely, positively, perfectly-suited for the individual it was intended.

Iron man hands for my middle. Carhart camo coveralls for my oldest. Green tablet for One. Stormtrooper pajamas for another. (Pacifiers for my baby girl because she’s one year old, and besides eating and throwing toilet paper on the ground, that’s the thing she loves most.)

I planned out everything for Christmas Day: Gifts. Wrapping paper. Snacks. Stockings. Pajamas. Pictures. It’s the only time of the year I really plan anything at all, so for Christmas, I go ALL OUT.

I went to the grocery store. I made everyone’s favorite snacks. I imagined my kids’ excitement on Christmas morning. I imagined them storming into our still-dark bedroom and jumping up and down on our beds at 6:30 am chanting ‘Santa! Santa! Santa!’ I pictured their unbridled joy after the wrapping paper (which I also planned out to match each of their personalities) had been ripped off and tossed aside of their hand-selected, well thought-out, perfect-in-every-way present.

I planned it all. But what I didn’t plan was my boys getting in a yelling match over their silly, little Star Wars backpack clips.

I’ll give you the abridged version: My oldest son wanted the younger son’s stormtrooper. He didn’t want to trade. Punches were thrown. Words were said. Timeouts were given. Poor Chewbacca. Nobody wanted Chewbacca.

My oldest son just could not stop his 5-year-old self from coveting what was given to his little brother. He didn’t want what he’d been given, even though I knew that it was perfectly suited for his personality. I knew that it was good for him. I had planned that crossbow-bearing Chewbacca especially for him.

But that didn’t matter. He didn’t want it. He would hardly even take the time to look at it. He wanted the gift that had been planned for and presented to somebody else.

I’ve looked at the gifts God has given me, and I’ve pouted about them. I’ve tossed them to the side and I’ve stomped my feet and shouted ‘but I don’t want this gift!!! I don’t like it! I want what she has!’

I’ve there with my arms folded, jaws clenched, tears streaming down my face, and absolutely refused to use, to appreciate, to even unwrap what God gave me.

Wouldn’t this world be better if we stopped wishing we had someone else’s gift? If we stopped constantly looking over our shoulder as our friends unwrapped the box with their name on it? If we stopped tip-toeing over to our neighbors to swipe the Amazon package right off of their front porch?

Let’s take our gift. Let’s hold it close. Let’s unwrap its vast potential. Let’s get down on our hands and knees and thank God every day for the gifts he’s given specifically to us. Not our friends, not the ‘it’ celebrity, not Carrie Underwood. Us.”