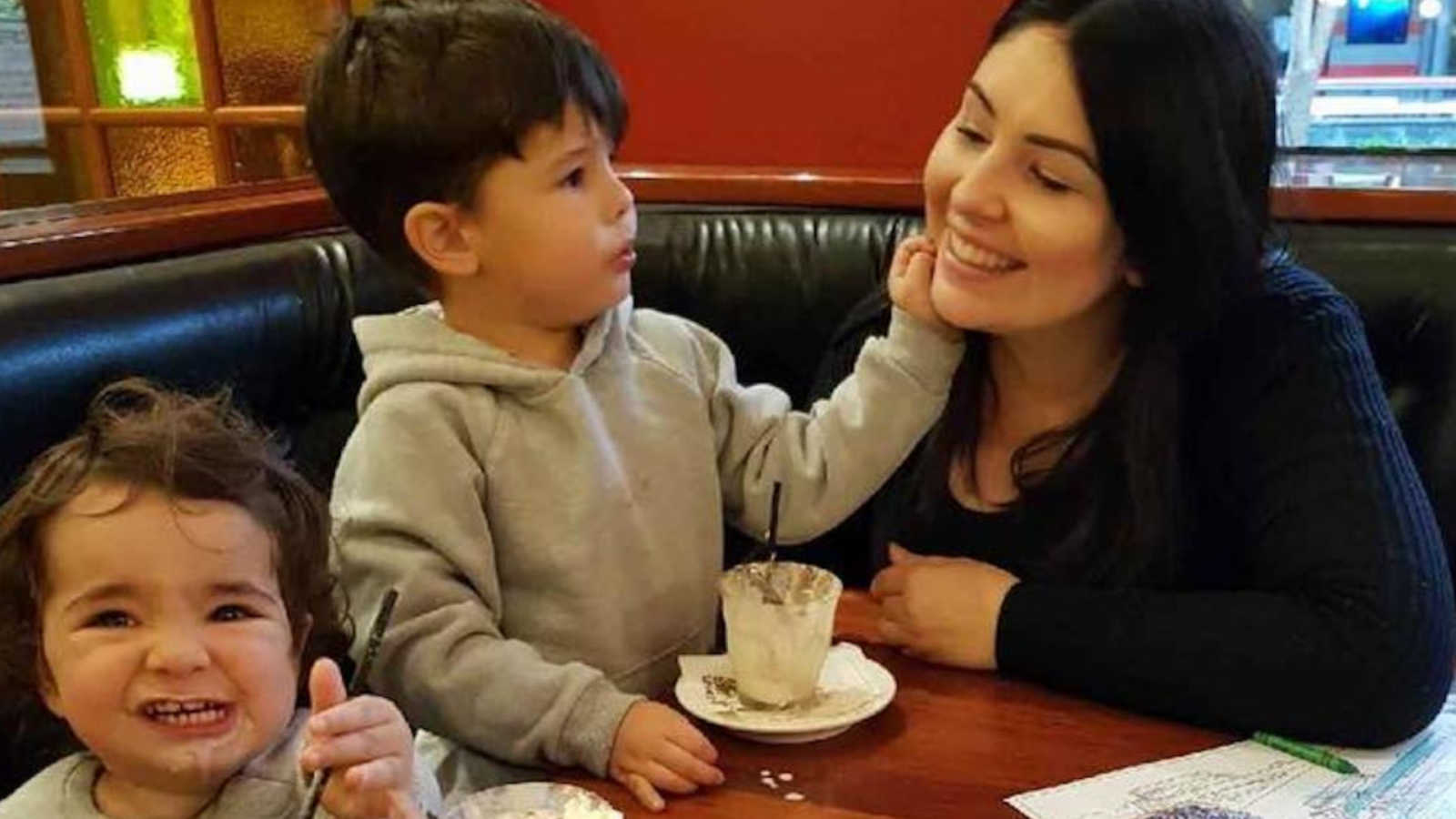 “Went out for my birthday on Saturday. Chose a loud busy place that was family friendly because I just didn’t want to be met with any eyerolls If my kids act wild.

… and they were good… they were crawling all over me, but not too crazy.

Another family sat on the left of us, they barricaded their kids in, and I nodded thinking, oh I so get it.

There was a young couple sitting opposite them, couple (or brother and sister) with an older man. He went off to pay and the mother on the table where the kiddies were must have gone to the toilet or something. One of the kids stood up on the chair and said a big ‘hello!!’ to the couple. The woman was on the phone, but the guy immediately looked down, and wouldn’t look up. The kid was trying to get his attention and say hi… but the guy looked at his partner and rolled his eyes. His dad saw and promptly told his son off, the boy sat down and looked a bit disheartened…

The father (or male whatever) of the couple returned, and asked what’s wrong… I couldn’t really understand what he was saying but he rolled his eyes and pointed to the table, motioning to the boy, obviously describing what happened. (The ONE AND ONLY time the boy ‘bothered’ the table). But then his dad said loudly, ‘Oh hush, you were worse. You know? You would scream so loud, you would run up and down the tables and throw things off tables. Your mother and I stopped going out because of you and the looks we had our way, so don’t forget it. You were a kid once too.’

It made me smile but it made me think… It’s amazing how many parents won’t go out because their kids’ behavior is unpredictable. We want our kids to sit still, quiet, and eat all their food to appease other people and if they don’t, we are met with eyerolls or stares, even if it’s the softest of peeps. Some of us will even give iPads to shut them up and then are judged for that. As parents, we feel we are often a bother just for being us… a family with young kids. We are annoying, and we haven’t done anything yet. It was my birthday and I wanted to avoid going out for that reason, even though my kids would never hurt anyone, never physically bother anyone, they might occasionally talk no louder than someone doing a hearty laugh, but yet the paranoia of judgement wins… sad isn’t it.

But we need kids, they are our future, we need them to go out and learn how to function and experience life… they are important in this world and we need to bring them out so we don’t stop living and so they learn how to live too. You don’t have to have kids, you don’t have to even like them, but the anxiety a parent feels is much more stronger and bothersome and confidence crushing than the two seconds you felt inconvenienced by a friendly hello… so be kind and keep your eyerolls a little more subtle… after all, you were probably an ‘annoying’ kid once before too running up and down the tables throwing stuff everywhere.”