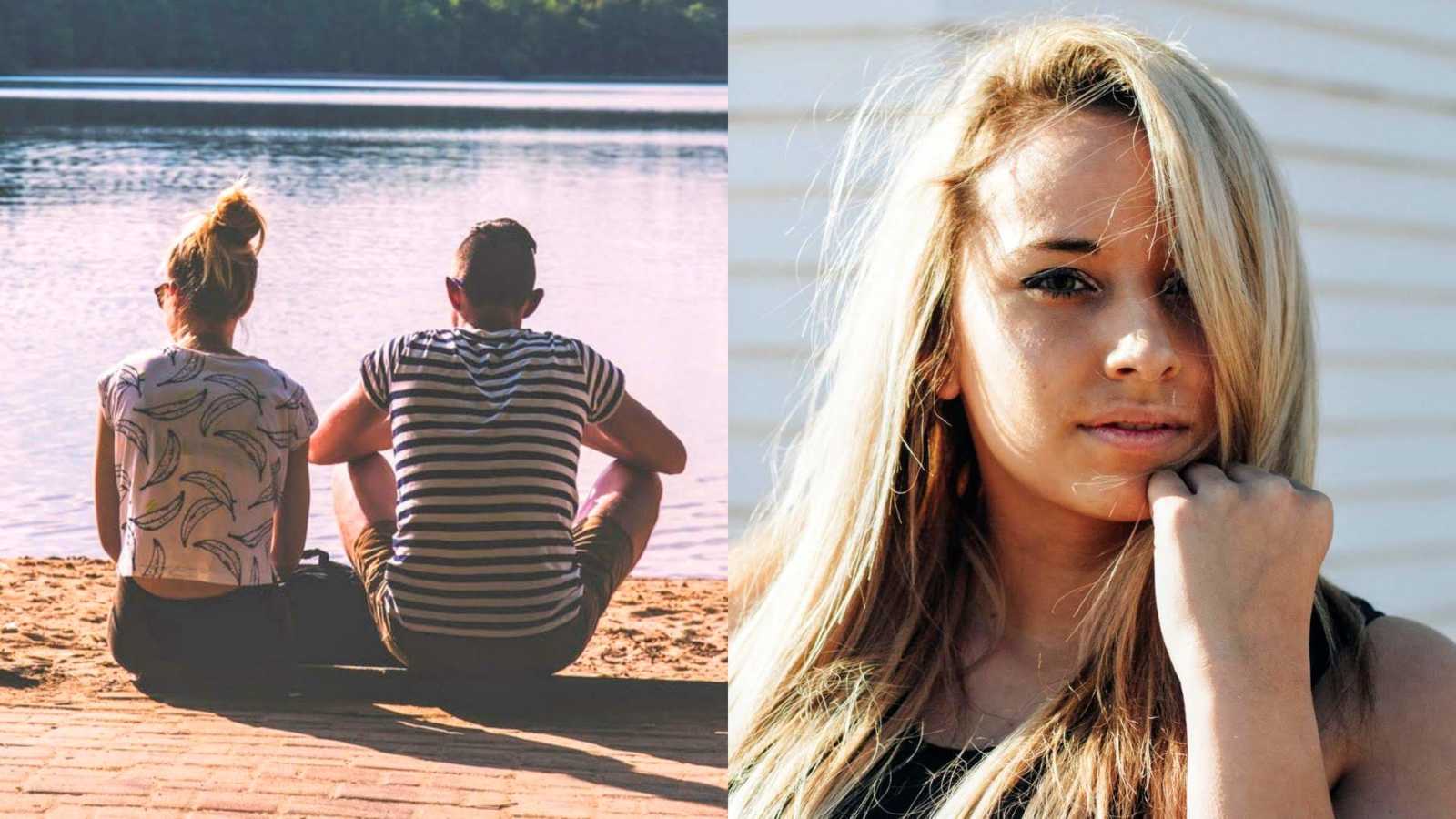 Disclaimer: this story contains details of rape that may be upsetting to some.

“There were bright lights that graced every inch of the dance floor. The music thumped, thumped, thumped. The kind you feel throughout your chest. It was pure, undeniable bliss.

It was one of the college days where I just needed a good night out with friends. We had just finished midterm examinations and we were all incredibly stressed out. I, in particular, had all three of my exams on the same exact day, so you can imagine how stressful my studying situation was. I had pulled an all-nighter for two days in a row to cram my brain with as much information as possible.

When I returned home from my last exam, I took a good nap. I woke up feeling so refreshed, but still in the mood to just relax. My brain was still utterly fried from a whole week and a half of what felt like non-stop studying. I was ready to call it a night and watch some Netflix when my friend (let’s call him Josh) knocked on my dorm door.

‘Hey, let’s go out tonight!’ he said. I was iffy at first, and certainly not in the partying mood. But he got me to agree after reminding me it would be the last time we could party before we all went home for spring break vacation. And, according to him, everyone was going so I just had to come.

It didn’t take much convincing at all. I could never say no to his puppy eyes.

You see, Josh and I had been best friends for years, from sixth grade up until three years post-college. He was such a fun person to be around; there was never a dull moment with him. On top of this, he was genuinely one of the most caring people I’d ever met, and I felt like we connected on such a deep level. He’d seen me at my best and seen me at my ugly, never once judging. He was one of the few people I wanted by my side through all walks of life. Concerts, holidays, marriage, baby showers. The whole nine yards. My other friends, my family loved him just the same. That’s what makes it hurt so much more.

Before we went out to the strip of college bars, Josh, me, and a couple friends ‘pre-gamed.’ We always drank a little before going out to save ourselves from ridiculously high alcohol prices. Besides, we liked to pace ourselves and ease into the partying mood. We weren’t exactly the type to start downing shots of vodka. We were responsible.

The second we arrived at the bar, my other girl friends headed to the bathroom. I had already gone before we left campus and didn’t feel like going with them to fix my hair or makeup, as us girls usually do. That left me, Josh, and a bar front. We made our way over to it almost immediately and Josh ordered me a beer. I drank it as I would any other beer. Things seemed fine. Minutes later, my friends returned from the bathroom and they were ready for shots. I said I was okay and already had a beer, but they insisted we all drink together, so we did.

Not long after, I started to feel pretty drunk, but lightheaded at the same time. I attributed this to the fact I hadn’t had alcohol in a while. Maybe my tolerance was messed up? I remember us all going to the dance floor and singing along to Mariah Carey. I felt so happy and free. Next, I remember my friend losing her cell phone and us venturing around the dance floor only to find it back in the girl’s bathroom. That’s when things started to get hazy. I remember seeing faces, glimpses of the dance floor and lights, but not knowing what was going on. Then, suddenly, everything went black.

The next thing I remember I was lying on my back on a bed, in and out of consciousness. My knees were arched up to my chest and my head was banging repeatedly against a wall. I remember wanting to scream, but not feeling like I could talk, so I made a mumbling noise. When I squinted my eyes, I saw Josh on top of me. I began to mumble some more, but for the most part I was speechless, physically and emotionally. I think I let out a half scream because not long after Josh forced his hand over my mouth. I’ll never forget his words. ‘Shut the f*** up. Just let me finish.’ I just lay there, weak, feeling outside my body. I blacked out again soon after.

The next morning I woke up in my bed, my head pounding in pain. There was a huge bump on my head and in between my thighs felt completely sore. My underwear was backwards and my hair was a mess. I cannot tell you how disgusted I felt. I didn’t want my body. I wanted to take it off like a jacket, but I couldn’t.

There were no warning signs. No grooming. It wasn’t like you see in the movies where you walk in a dark ally and get abducted by some stranger. This was my friend. My best friend. Someone I loved and trusted for several years. I felt betrayed, I felt guilt, I felt hollow.

My first instinct was to kill myself. It was that quick, and the pain that intense. I was sure I could never live to see another day. I was completely humiliated and confused. But instead, I went to the hospital. I wanted to be sure it was real.

Part of my brain wanted to believe I just made the whole thing up. That it didn’t happen at all, and it wasn’t Josh. I knew otherwise. They performed a rape kit on me, where they found male pubic hairs, semen, and signs of aggression. They also found drugs in my system. Drugs I didn’t take…at least not myself. During the whole process, I just kept seeing the image of Josh’s face, the look of pure evil in his eyes. It’s forever feared in my memory and haunts me in my dreams to this day.

I didn’t go through with pressing charges. I was so scared to accept this new identity. I never wanted to be the girl who was raped. I thought it happened only to other women. How could it happen to me? I had done everything right. I paced my drinking. I went out with close friends. I was a smart girl. It’s taken me years to come to the conclusion I did nothing wrong at all. Except live my life and trust a close friend.

The worst part of it all, surprisingly, wasn’t the assault. It was afterwards. Josh and I continued to be friends for five years after the ‘incident.’ We never spoke about it. I was so scared to mention it, and he must have thought I didn’t know it happened. I’ll never know for sure what went on in his mind. All I know is the longer I repressed it, the longer I convinced myself it didn’t happen. I was living in some altered reality, some cloud nine. I guess it was my brain’s way of surviving the trauma. To deny it all.

I tell this story for all of the women out there who never thought it would happen to them, who never saw it coming from a friend, a mentor, a family member. There’s a special kind of guilt that comes with this. We try to justify what they did because they were ‘so nice.’ Our brains try to tell us it didn’t happen, that it couldn’t possibly. We suffer in silence, we repress. We grieve not only the loss of control of our bodies, but the friendship, the relationship we had and thought we knew.

The grief is ongoing. It blew apart my life and left it in shambles. I am still falling, navigating through this explosion. Sometimes I think I’ll never touch the ground. Maybe I never will. But what I do know is I am right here in this explosion with you, sister. You are not alone. I may be a victim, a survivor, or whatever you want to call it. But I am also your ally. Your advocate. Your friend. And I will continue to speak my truth.

For anyone who needs to hear this:

You are not alone.

It was not your fault.

You will survive this.”

This story was submitted to Love What Matters by Kelli B. of Tampa, Florida. Submit your own story here and be sure to subscribe to our free email newsletter for our best stories.

‘My brother started paying extra attention to me. I didn’t think much of it until he began coming into my room at night. He took every chance he got to touch to me.’ Assault survivor shares heartbreaking journey to peace