“The ultrasound technician told me he couldn’t see a baby, a heartbeat, anything that should have been there at 12 weeks’ gestation. I didn’t know what this meant, imagining that somehow, we had been off on our dates and it was too early to see anything in an ultrasound, but then again, I knew we couldn’t be that far off our dates.

The midwife told me I had a blighted ovum, or an empty gestational sac, which happens when a pregnancy doesn’t progress beyond the formation of the egg and it attaching to the uterus. A positive pregnancy test shows a pregnancy is underway but often a woman will not get any of the pregnancy symptoms a woman would if the pregnancy was viable. Sometimes, though, she’ll still get these symptoms and it isn’t until the ultrasound that she knows there is no baby and there will won’t be a baby.

No one seems to know why this happens but, from what I’ve read and been told, it is a fairly common occurrence and women should have no problem getting pregnant after a blighted ovum.

It was a wait and see game after that first ultrasound, but I was told by the midwife that most likely I would begin to miscarry in a few days. It was about two days after the ultrasound when my body spontaneously began to miscarry. I was one of the lucky ones. Many women have to undergo a procedure where the contents of their uterus are surgically removed. I was relieved when the miscarriage started naturally. The entire situation was so surreal I’m not even sure I can say I was upset by any of it. In the months before I had been under tremendous stress from a family situation and by this point my brain seemed to have gone into a protective lock down mode. I felt emotionally numb by the time the bleeding began.

Since my experience I’ve read many stories about women with either a blighted ovum or very early miscarriages and many times these women seem unsure they have the right to grieve, since their baby never fully formed or passed away at such an early part of the pregnancy. Because I had the same internal dialogue, I can very much relate to this line of thinking.

It wasn’t lost on me at the time that I had suffered some sort of loss, but it wasn’t until recently I began to deal with some of the feelings from that time, maybe because I became pregnant three months after my miscarriage with a little girl who is now asleep next to me for her afternoon nap. I was caught up in the fallout from a marriage crisis, the pregnancy and birth of a baby and then the adjustment of having a baby and 8-year old at home. Life rushed by and I never thought much about that previous loss until a couple of months ago when I paused and reflected on how numb I had felt that weekend I miscarried at home and never really let myself think about what could have been. There could have been five of us instead of four or maybe there never would have been because our youngest would simply be a few months older than she is now.

And then I thought about how I never gave myself time to grieve over the loss, which was devastating for our then 7-year old who had waited so long for a sibling. I cried some but never really gave myself time to feel sad.I told myself the early miscarriage wasn’t worth being sad about. I had two friends at the time who had recently suffered late term losses and I knew that must be much more devastating to cope with. I had no right to cry when they had suffered so much more.

My mom and I both had children eight years apart, with a loss in between, and we both had our son first and daughter second. I know she knew what it was to lose, but I still felt my early loss wasn’t as serious. My mom had suffered a loss at seven months. She’d had toxemia and the baby was delivered prematurely, at a time when very little could be done to help babies delivered that early.

Then my Mom reminded me one day that our early miscarriage was a real loss because it was the loss of hope and the idea of what was going to be but then never was. And that’s what a pregnancy loss, no matter how early, is. And it isn’t only the loss of a pregnancy – it is the loss of an expected life.

Grieving this loss, even a very early one, is important. Make sure, no matter what, you find a way to let yourself grieve. I don’t mean you have to grieve publicly, wail in the streets or make all your friends listen to every detail while you sob into their shoulder but find some way to grieve – either in the quiet of your room or the pages of your journal or sharing with a friend. Grieve in a way that makes you feel comfortable but grieve.

Don’t be afraid to show others that you hurt, for as long as you need. If people truly love you, they’ll let you grieve and support you as long as you need them to. They’ll recognize that this is how you’re working through your thoughts and feelings about this season in your life. Those feelings are going to range from deep sadness to anger and denial to eventual acceptance. There may be times you aren’t even sure how you feel and maybe you’ll even feel nothing, like I did, for a very long time.

That’s ok and it’s normal and don’t let anyone tell you different. There is hope and healing, but it takes time, not a definitive amount, but a different amount for each person. Recognize and honor your own time table and accept that it may not be the same as someone else’s but also recognize and remember you are not alone, that there are so many other women who know what you’re going through.”

This story was written by Lisa R. Howeler. Follow her on Facebook here.  Submit your story here, and subscribe to our best stories in our free newsletter here. 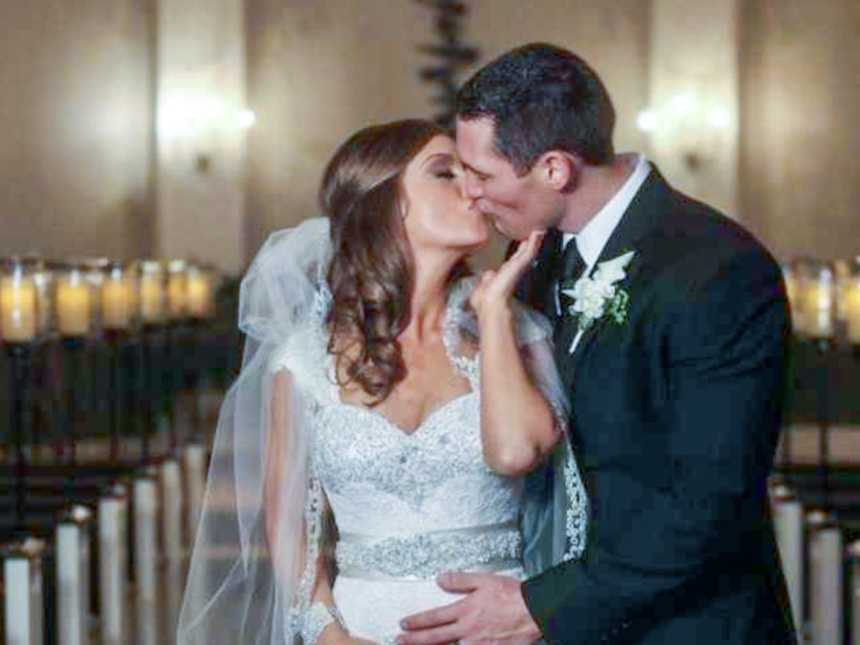 ‘That’s when I heard the thud. The sound of a 200-plus pound body hitting the nightstand next to our bed. A healthy, 31-year old, former athlete doesn’t just drop.’: Woman surprised by husband’s heart condition

“No one saw the storm coming, nor should we have. I was still in that newborn, post-delivery haze: night feedings, peri-pads, staples sore in my stomach. I had a rough go since my son’s birth. Then, that Saturday morning, the tsunami hit.” 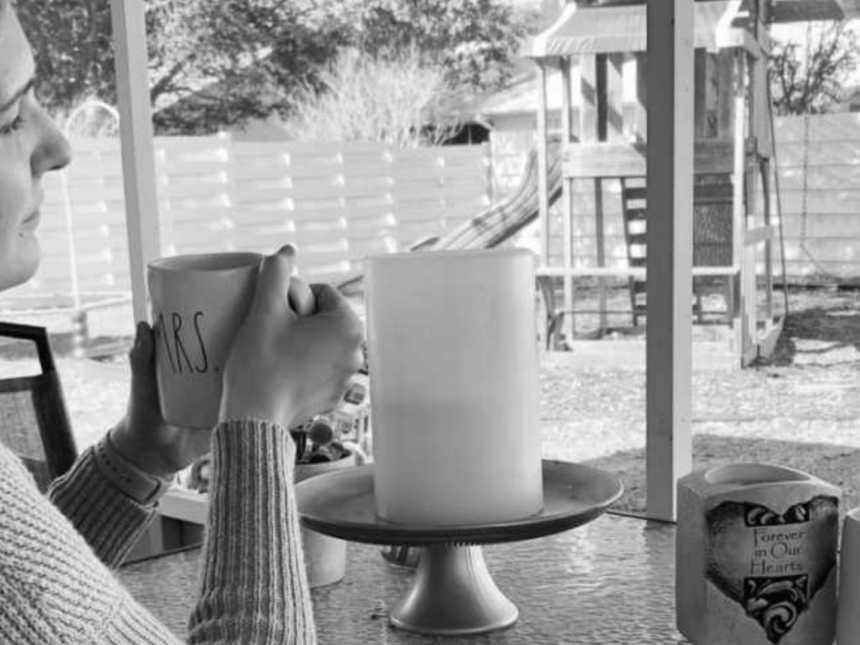 “Some days I just dial her number to see ‘Calling Mom’ on my phone.”