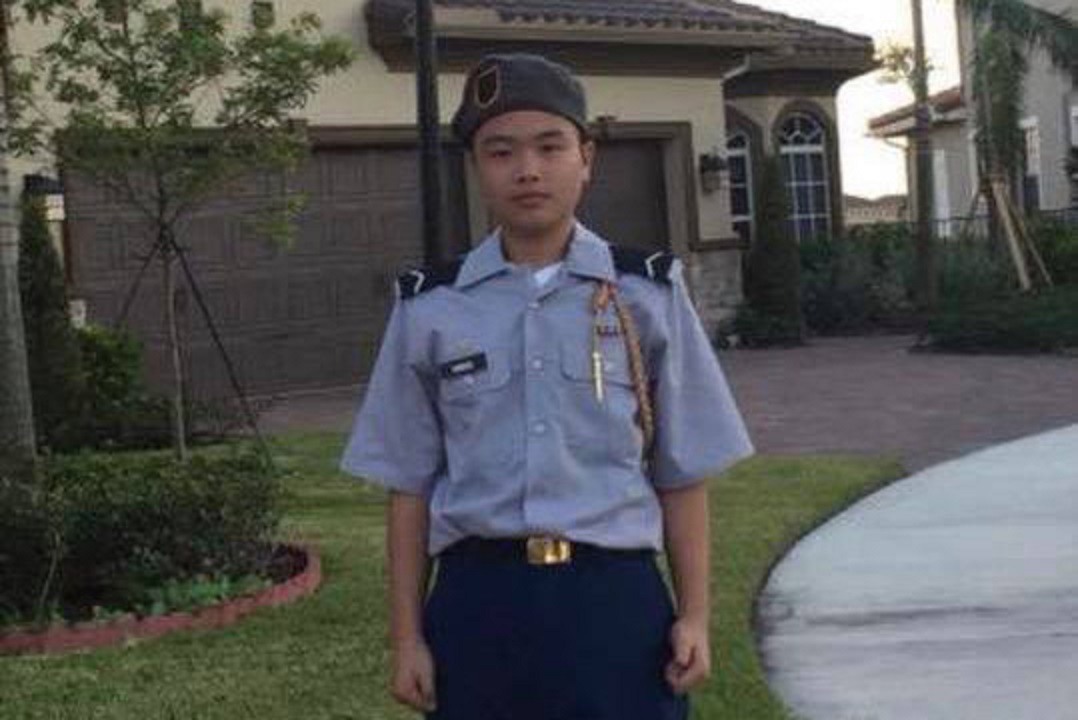 Three Junior Reserve Officers’ Training Corps (JROTC) cadets killed in the Florida school massacre while defending their classmates on Feb. 14 are reportedly being awarded the Medal of Heroism by the U.S. Army.

The students — Peter Wang, Alaina Petty and Martin Duque – are receiving the medals for their performance which “involved the acceptance of danger and extraordinary responsibilities” during the shooting at Marjory Stoneman Douglas High School in Parkland.

It is with broken hearts that Sunrise Post 365 & Stoneman Douglas JROTC shares the loss of our soaring eagles! We honor them, and will miss their courage, tenacity, and their smiles! Cadet Peter Wang, Cadet Martin Duque, and Cadet Alaina Petty. May they always soar high! pic.twitter.com/eg0TKprzMV

“He is so funny, caring and selfless,’’ Lin Chen, Wang’s older cousin, told the Sun Sentinel of her heroic cousin, who reportedly held the door for other students to flee before him. “He is so brave. He is the person who is genuinely kind to everyone. He doesn’t care about popularity. He always liked to cheer people up. He is like the big brother everyone wished they had.”

Peter Wang lost his life in service to others. The U.S. Military Academy honors Peter Wang with an honorary admission for his bravery and selflessness.
One of West Point's priorities is to develop leaders of character who are committed to the values of Duty, Honor, and Country. pic.twitter.com/jZesqGuPvt

Vets holding flags outside of Peter Wang’s funeral today. Wang, 15, died among 17 others after the Stoneman Douglas shooting. pic.twitter.com/31m7xFttKN

Members of the @AmericanLegion and other vet groups are getting ready to ride out to Peter Wang’s burial. pic.twitter.com/IhWqyAZ93J

West Point will provide the family of Marjory Stoneman Douglas shooting victim Peter Wang a letter of acceptance to West Point Class of 2025, which was his dream, and honorarium tokens. His funeral is today. pic.twitter.com/kOb9P5mjdd

MSD HS @USArmy and now, @WestPoint_USMA student Pvt. Peter Wang, who scarficed himself so that others may live, receives Taps. pic.twitter.com/zpKHFfua7R

This was my cousin Alaina Petty. She was one of the 17 victims who lost their lives in the Florida school shooting, she was too young and deserved so much better. Fly high angel, I’m gonna miss you ♥️ #PrayForParkland pic.twitter.com/XMN7COC82C

Words can not describe my pain. I love brother Martin you’ll be missed buddy. I know you’re in a better place. Duques forever man I love you junior!!! R.I.P Martin Duque! 🖤

Geography teacher Scott Beigel, who died after opening his classroom door to shelter students, language arts teacher Melissa Falkowski, who hid 19 students in a closet, and coach Aaron Feis, a security guard who reportedly jumped in front of students to shield them, are also being hailed heroes. Beigel and Feis died from their injuries.