“I’ve been trying to fit in and/or stand out my entire life. I’ve always been stuck in the space of not wanting to be laughed at for being odd, nor viewed as ordinary. So imagine my immediate dismay then eventual delight when I was lucky enough to have a child with Down syndrome.

I always radiate towards the way our family stands apart from others.

We were recently at a restaurant where I could feel a little boy boring holes into my 4-year-old Judah, who has Down syndrome. It was without malice and more born from curiosity. I watched him turn away and mention my son to his dad. I heard the word ‘weird,’ and saw the father ignore his son’s remark completely. I followed suit. That’s the first mistake we both made. We both chose to turn away. Most likely, we both felt some unease doing so. I know I did.

It was my 6-year-old son Calvin who changed the tone. He said with just as much innocence as the boy’s stares, ‘Mom, that boy said something about Judah. He said he looked weird.’ I told him I knew. I saw. And I blubbered something about him probably never seeing someone with Down syndrome before. I then promptly took a picture of Calvin and his little brother he protects so fiercely. Immediately I posted it to Instagram. It was haphazard and careless, as I didn’t even process what I was feeling about the incident…my brain couldn’t catch up.

Oh my! Calvin heard it too. I KNEW he said something. What a rude little boy. Why didn’t his dad even turn around and acknowledge us? Why is this dad letting it slide? This is so irresponsible. I wonder if they think we are weird? Hmmm. I don’t think I’m mad. I don’t think I’m sad either. But I wonder if they will leave here and talk about how it’s not nice to stare at poor people who have a child with a disability. I wish he knew we were happy. I wish he knew not to be scared of us. I think I’m frustrated. I wish they knew we were just like them; a family eating dinner. WAIT!!! I have the power to have some influence here…

And then I did. I smiled at the boy who was transformed from rude little child to innocent bystander in a 15-second stream of consciousness. And he changed his position right back, like we were not to be feared. Eventually his mom and sister returned to the table and we all returned to respective families. I made sure to show our silly side. Yes, Judah stands out sometimes. He throws napkins, pizza crust, and pretty much anything else that displeases the prince. But he also plays a mean game of peek-a-boo and he’s a great tickler.

As a people-pleaser who cares way too much what others think, I get caught up in the worry of disturbing people’s dining experience and how that will translate to what others will then feel about Down syndrome. It’s a stretch. It’s my stretch. It’s a perception and I have NO idea if it’s true. I could not change that if it was… And honestly, if by some miracle we all were sitting at a table with normalcy and quiet ,would I really be okay with that either? Doubtful. Chaos is my current comfort zone. And I have swayed way more towards standing out than fitting in; either because of age or circumstance.

The story ends like this. I kept smiling. I kept being warm. We kept not caring that we were loud, and messy, and that we (Judah) sometimes run into restaurant kitchens. And that little boy talked TO ME. He told me about his bright orange shirt. He told me how the Nike symbol meant it was a sports shirt. He kept talking, and I had the sense that his parents wished he would stop. I was so glad he didn’t. I was so glad his parents mimicked my own embarrassment of taking small people out in public. Our conversation was cut short as I had to chase a darting Judah across the busy buffet. I never found why his dad said nothing. I wish he would have. There is such unwarranted fear and enormity of tackling the issue of differences. But in the end, it didn’t matter because I changed the perception. I waved goodbye to that little boy before I left and that little boy waved right back. I was certain that we stood out that night, and I was so darn proud that we did!”

This story was submitted to Love What Matters by Beth Craver of New York.  Submit your own story here, and subscribe to our best stories in our free newsletter here.

‘Did you have genetic testing done?’ I went into panic mode. My cheeks got hot, mouth dry and how did my tongue suddenly get too big for my mouth? I said no. ‘Do you see something?’

‘I reached into his bassinet. He felt chilly. As I moved to sit up, I noticed it again. ‘Does Judah look blue?’ I lost it. All of it.’ 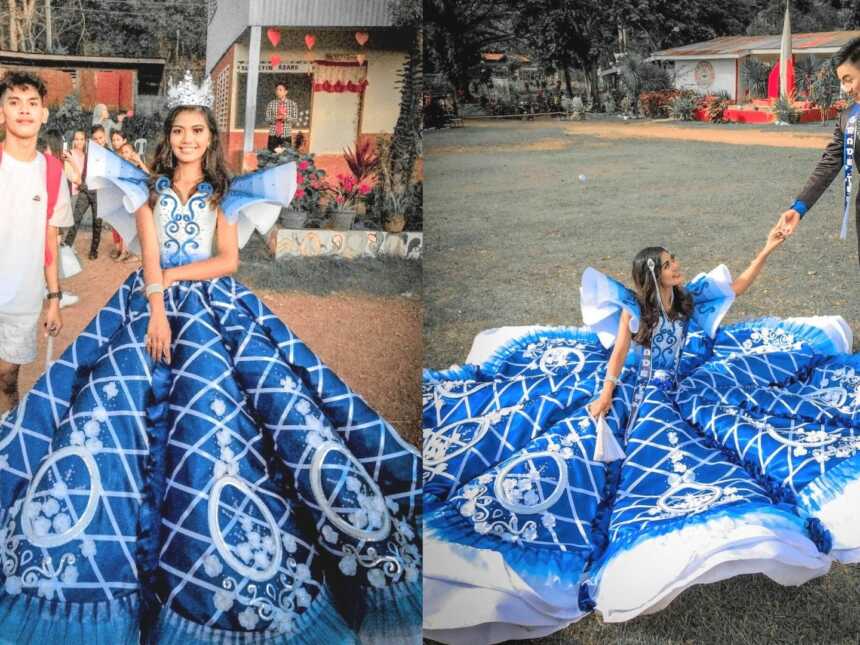