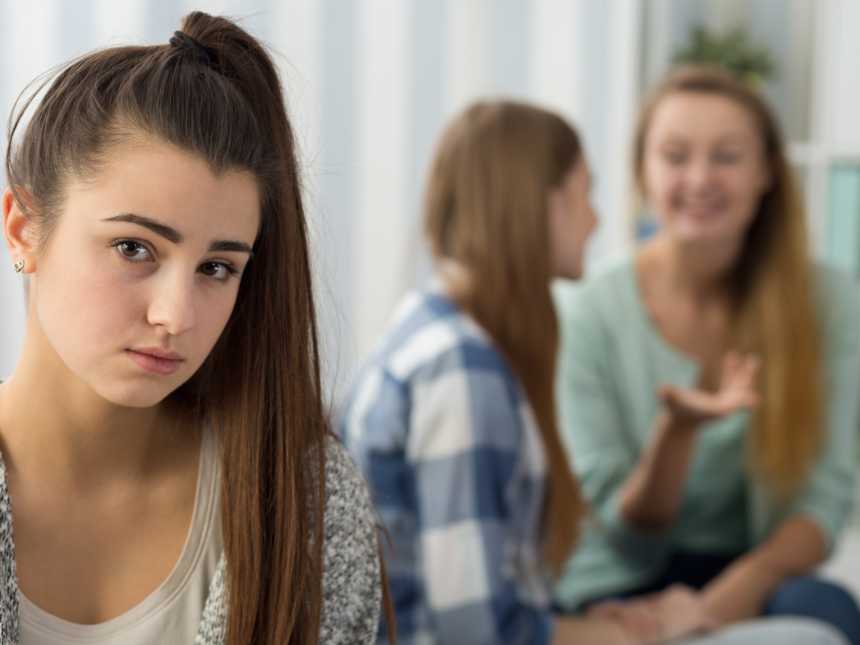 There is a huge movement going on in the world today when it comes to women and equality, and it is a beautiful time to be a female. It’s also a glorious time to be raising daughters, knowing that with this momentum, as they grow, there is nothing that can stop them from fulfilling their dreams.

I truly believe my daughters can and will create a powerful impact in society as adults; wondering what they will do to change the world when they are older is something that excites me to no end.

Still, while the young girls of today will have a tremendous amount of leadership opportunities at their fingertips and a plethora of career choices where their gender won’t hold them back, my only fear for the next generation of women is the ability to embrace female empowerment.

In the wonderful land of tween drama, my eldest recently came home from school relaying a giggle-worthy story about her two friends dating the same boy. I will say, it was funny — at first — until the entire story unfolded. When these girls realized that Johnny had fooled them and was seeing both behind the other’s back, instead of being mad at him, they began to lash out at each other, spewing highly inappropriate and derogatory words back and forth until the recess bell rang and class resumed.

Questionable words they used to describe each other aside, my first thought (and statement to my girl) was: Why are your friends upset with each other, when they should be upset with Johnny?

Yet another fine example of the female hate-on cycle that I feel has plagued the women of my generation and I fear will move onto the next.

Still, there’s no time like the present and old habits can be wiped away with new ones. Want to raise a strong, confident, successful girl? Time to teach them to embrace female empowerment! Below are five tips on how to do so:

Be a role model

We often forget that are children are watching (and mimicking) our every move. In fact, as per a survey conducted by Keds and Girls Leadership, who pooled well over 1,000 girls from 13 to 18 years of age, 63 per cent of young ladies surveyed stated that their mom was their main role model, with 48 per cent claiming they turned to their mother first when it came to an issue. We moms are the biggest and most influential role models our daughters have, so if we work hard to empower other women, our girls will witness firsthand what female empowerment is all about.

Despite the wonderful movements happening currently, many moms are still guilty of being petty and unsupportive to our female peers. From judging other women and their career choices, to blasting parenting decisions, a study has shown that more than 80 per cent of today’s moms have been victims of “mom-shaming” — by other mothers! That’s a staggering statistic that needs to be lowered. Want to raise strong, confident and empowered little girls to lead the next generation? It’s time we all act as role models and empower the women around us, today. Let’s stop judging each other and start supporting one another.

How we speak to our kids truly becomes their inner voice. Words of positivity and encouragement can go a long way in allowing them to believe in themselves, and this helps to build confidence and self-esteem. Empowering words can help your daughter feel fierce and that she can do anything in life. Alas, it can be also be a slippery slope sometimes, and overpraising has been known to backfire. Be sure to use positive and encouraging words around effort, versus an end result; that is, if your daughter gets an A+ on a project, praise her hard work, versus the grade. This is the best way to build self-esteem and help her learn that working towards something pays off. And a confident child who is empowered will pay it forward, it’s as simple as that.

We’ve all seen the post that circulates on social media: “Her success is not your failure.” Along the same lines of acting as a role model, celebrate the successes of all the females (regardless of age) in your network when they’ve accomplished something small or big. Show and teach your daughter that celebrating others is what female empowerment is all about.

All-girl sports teams and other extracurriculars helps build confidence, self-esteem, a teamwork mentality, and create an environment where female bonding can occur at its best.

Allow her to be perfectly imperfect

No one is perfect, yet perfectionism can sometimes be ingrained in our daughters at a very young age, creating a mentality that mistakes are a no-no. While we want to praise them for being “good girls” when they’ve done right, screwing up is a part of life and the only way our daughters can learn, grow and evolve.

In fact, research has revealed that messing up and taking risks can actually help build confidence. Embrace her mistakes when she’s made them, talk about your mistakes to let her know she’s not alone. Moreover, allow your daughter to do things on her own and mess up by herself. She’ll never figure out how to fry an egg to perfection if she hasn’t used that stove and frying pan and learned that sometimes the yolks crack in the middle if you don’t pay attention to what you are doing.

This story was written by Dorathy Thiakos Gass.  You can follow her on Twitter here. Submit your story here, and be sure to subscribe to our best love stories here.

Provide beauty and strength for other women.  SHARE this story on Facebook with your friends and family.