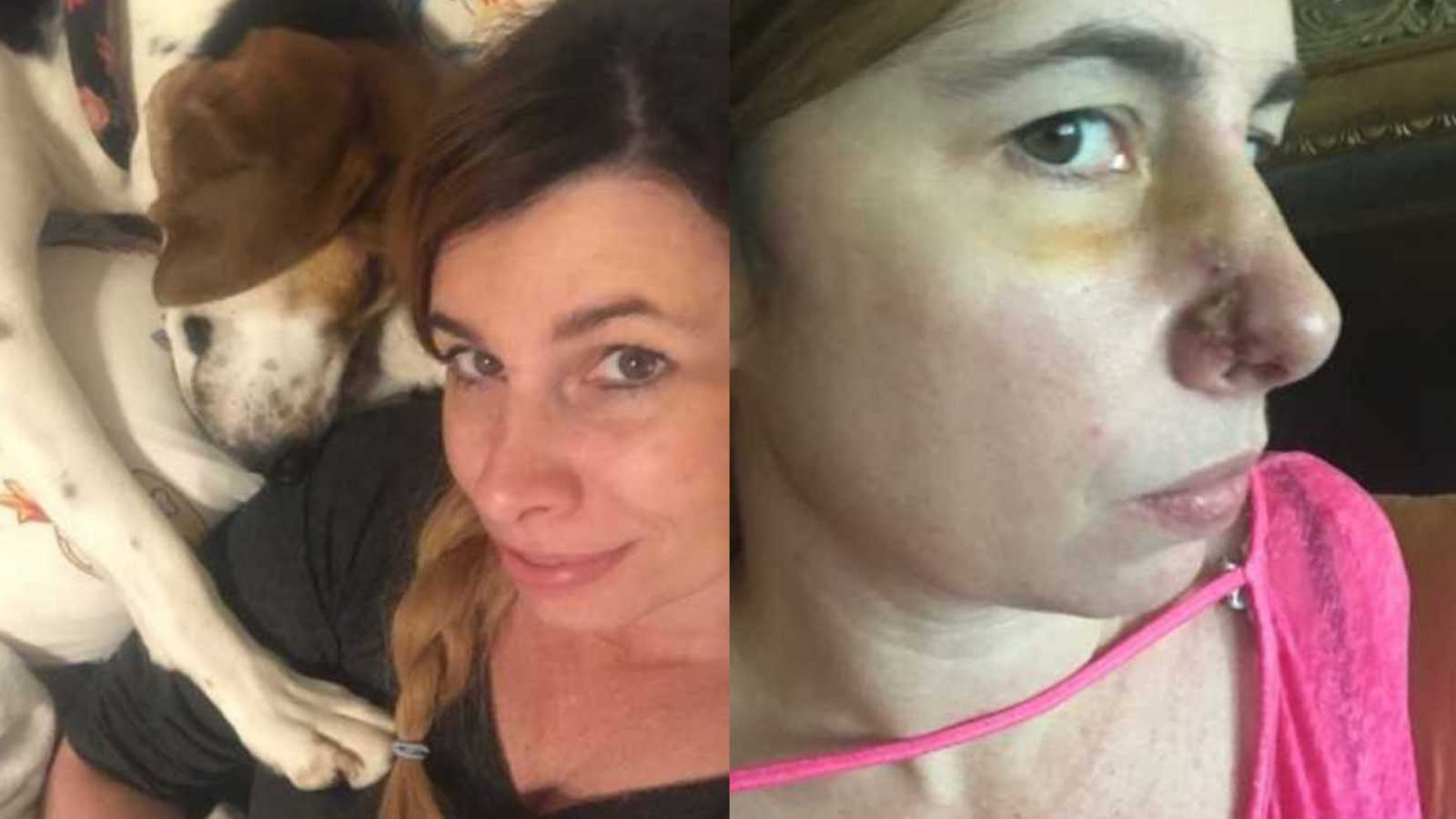 A rescue dog is being credited for saving an Amherst, New York, woman’s life. Lauren Gauthier said her one-eyed rescue dog, Victoria, persistently sniffed a red spot on her nose, prompting her to get the bump checked, and she’s so glad she did. It turns out the bump was basal cell carcinoma, a type of skin cancer.

“It really is amazing that my dog was so persistent in sniffing the area that was skin cancer,” Gauthier told SweetBuffalo716.com. “The surgery itself has changed my face, and if my dog had not picked up on it, I may have ignored the spot, which could have risked further disfigurement. Hounds have a keen sense of smell but I never thought that I would personally benefit from it!”

Since the cancer was detected early on, it didn’t spread or cause further health issues. Victoria, who was rescued from a Kentucky shelter, saved her owner’s life by not giving up on showing her something was wrong. Had it not been for her intuitive pup, Gauthier may have never gone to the doctor.

“I am so thankful for Victoria. She and I have always had a close bond and she senses when I’m upset or stressed; I had no idea she’d be able to detect that I had cancer lurking underneath my skin,” Gauthier told Love What Matters. “What is particularly rewarding is that I adopted her through the rescue that I founded, (Magic’s Mission Beagle & Hound Rescue, Inc.) and devote much of my life to saving hounds who have been abused or neglected. It seems Victoria and her keen skills are the way that the hounds decided to give back to me.”

She is now warning teens and adults alike to stay away from the tanning bed where she thinks the skin cancer may have stemmed from.

“My advice for teenagers and others considering tanning bed use is – don’t. There are many other options available, like spray tans, to help improve cosmetic appearance,” she said. “The cost and the damage you do to your skin is way too high, and even though growing older seems a world away, once you are older, you will pay a price for tans and tanning beds.”

Gauthier would also like to let everyone know that while her surgery has altered her appearance, she is feeling better every day.

For any following my #skincancer journey, here I am 2 weeks post #mohssurgery and removal of #basalcellcarcinoma on my nose. My #plasticsurgeon did such a wonderful job to see the #healing in a short period of time. Once the swelling dissipates I will be in good shape! #skincancersurvivor #skincancerscar #girlswithscars #brave #battle

This story was submitted to Love What Matters by Kimberly LaRussa, founder of SweetBuffalo716.com, where the story originally appeared. Submit your story here, and subscribe to our best love stories here.

Please SHARE this article with your friends and family to raise awareness about basal cell carcinoma! 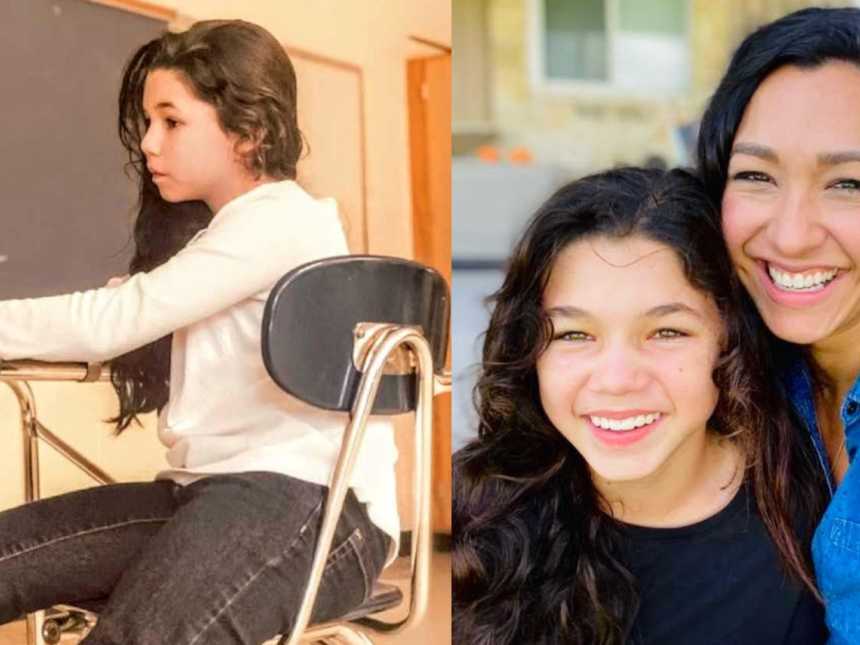 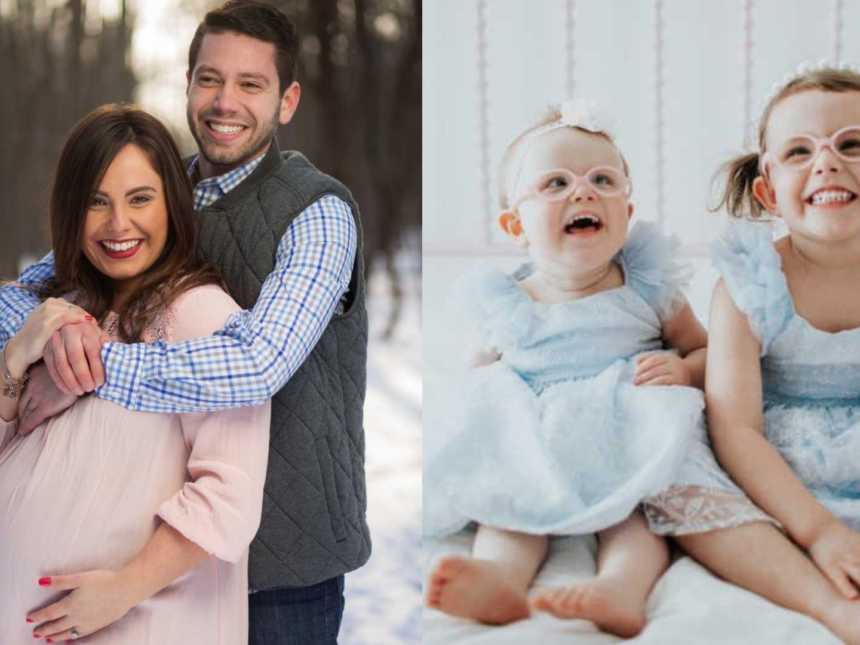 ‘Her eyes were going back and forth horizontally, uncontrollably. ‘How do I tell everyone who loves them this?’ My husband was stunned.’: Mom births 2 blind babies, ‘We live joyfully every day’

“The doctor was very concerned. ‘What have you noticed about her eyes?’ Tears began to fall down my face. The world went quiet. I never thought I would have two blind children.” 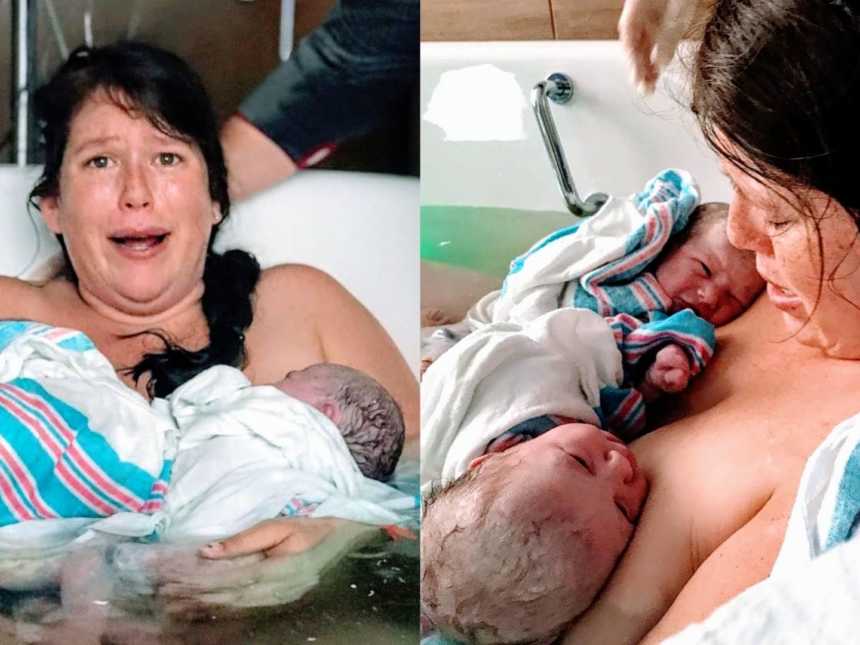 ‘SURPRISE! You just had twins!’ The only words I could muster were, ‘Oh, f—!’: Mom gives birth to surprise twin, ‘It was just beautiful!’

“The ultrasound had only picked up 1 fetus, 1 heartbeat. After baby #1, I felt another huge contraction. The nurse said, ‘It’s probably the placenta coming.’ I was in shock. The staff was shocked. The likelihood of a baby hiding in the womb is extremely minuscule.”