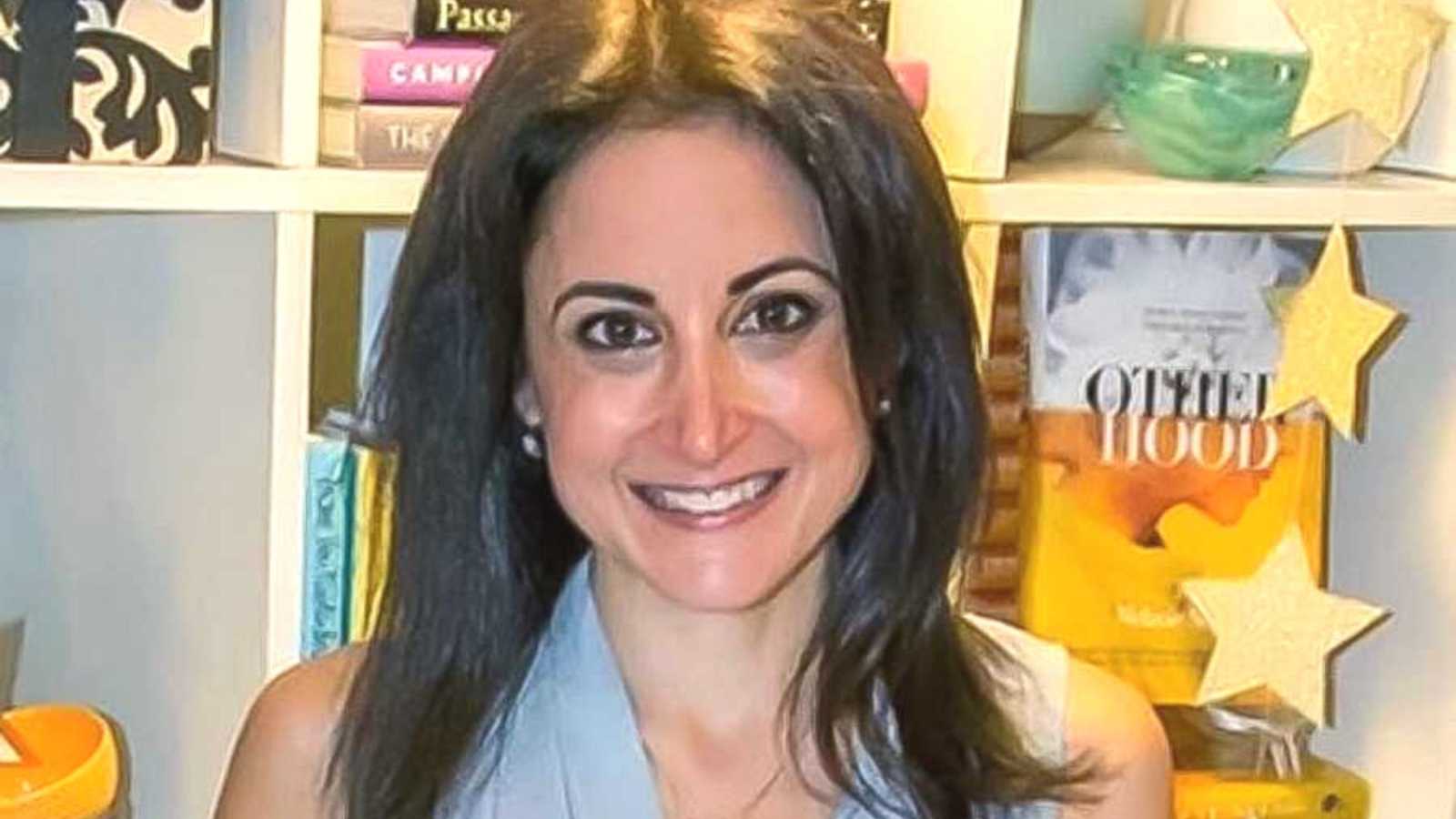 “The grief hit me in my mid-thirties without warning.

By all appearances, my life was fantastic, or pretty close. I had a great job in New York City, good friends, some good dates. But then there were times, lonely days and nights, when I would cry. I would sob. I would lie in bed awake for hours, tears running onto my pillow. I was in mourning, but I didn’t know it.

Having experienced the same feeling for a few years, I now know the grief was over being childless, or more poignantly, over the loss of the baby I never held in my arms. By that point in my life I had expected to be married and a mother to at least two kids. I was far from it, still very single, no kids. Passing by a new mother and her infant strolling down Broadway would rattle my womb. Even seeing a woman swollen from seven or eight months of pregnancy would make my petite frame feel invisible and small. The sadness I’d feel around my period was deeper than hormonal. I was mourning the loss of one more chance at the family life I always dreamed of.

And I grieved alone.

Grief over not being able to have children is acceptable for couples going through biological infertility. Grief over childlessness for a single woman in her thirties and forties is not as accepted. Instead, it’s assumed we just don’t understand that our fertility has a limited lifespan and we are simply being reckless with chance. We’re labeled ‘career women’ as if we graduated college, burned our bras and got jobs to exhibit some sort of feminist muscle. Or, it’s assumed we’re not ‘trying hard enough,’ or we’re ‘being too picky.’ The latest trend is to assume we don’t really want children because we haven’t frozen our eggs, adopted or had a biological baby as a single woman.

This type of grief, grief that is not accepted or that is silent, is referred to as disenfranchised grief. It’s the grief you don’t feel allowed to mourn, because your loss isn’t clear or understood. You didn’t lose a sibling or a spouse or a parent. But losses that others don’t recognize can be as powerful as the kind that is socially acceptable.

Let me be clear. When you’re over 35 and heartbroken over a breakup with the guy who you hoped would be ‘the one’ or haven’t had a good date in a while or watch your close friends go on to their second or third pregnancy, it’s hard. It’s disarming. And sometimes, it’s unbearable.

I’ve always loved being around babies. I couldn’t get enough of my own newborn nieces and nephew. Not having my own, I felt like the world, in one big swoop, was moving forward and I was being held back.

Turning 40 helped. Just the anticipation of turning 37… 38… 39 and remaining single was creating more anxiety than anything else in my life. Once I hit 40, I realized that despite my dreams (and deep biological and emotional desire to be a mother), I was still happy for all the other things in my life. Being an aunt was (and will probably always be) my greatest joy. Starting my own business, becoming an author and fulfilling my professional potential have been extraordinarily rewarding.

I’m 42 now, and I’ve quietly moved on. Becoming a mother at this point would be a very happy surprise. Of course, I still have my moments. That hard-won peace of mind can be interrupted by an unexpected package from a PR agency sending me a newborn baby onesie for promotion. (There’s something about a onesie I have no use for that is especially tender). Or when people assume I never wanted kids because I don’t have any. Or act surprised when I reveal that I do. Or worse, presume I am happier for being childless or more fortunate for not having to ‘worry about kids.’ Some have even come to call me ‘childfree’ — a term coined by those who have chosen never to have children and have no desire to have children, simply because I’ve ‘chosen’ to wait for love. I not only have to cope with my circumstantial infertility, but I have to defend my desire to be married to someone I’m crazy about before conceiving. I have to defend why I’m not a mother when it’s all I ever wanted to be.

The grief over never becoming a mother is one I will never get over, like the grief over losing my own mother 23 years ago. But like that kind of grief, with time, it’s no longer constant or active. Yes, there’s still hope I’ll meet a man who has the desire to have a baby with me and will be prepared to be with me through the treatments I may need to make that happen. Or grieve with me should they not work. But mainly, I just keep going, looking for love. Thankfully, there’s no biological time limit on that dream.

I cautiously hold onto the hope that I may still have a chance to hold my baby in my arms — and that I am still attractive to men who want children too. I know I’m not alone. I am one of the 18 percent of American women between the ages of 40 and 44 who are childless. Pew Research reports that half of this group has chosen that fate; they are childfree by choice. And the rest of us, about one million American childless women ages 40 to 44, suffer from biological or circumstantial infertility.

How we choose to move on from this grief is now the focus of our own kind of happily ever after. And I must say, I plan for my ‘happy’ to indeed be ever after. And hopefully, it won’t be alone.”

This story was written by Melanie Notkin of Savvy Auntie and author of Otherhood. Follower her on Facebook here and Twitter here. Submit your story here, and be sure to subscribe to our best love stories here.

‘I was ‘super single’ for years. I nearly gave up on love. Then, Tinder put his face right in front of me.’: Woman ‘finds love’ on dating app after divorce

‘Mommy, why are you crying?’ How do you explain to a 3-year-old her daddy has passed? I had just shattered her life forever.’: Widow shares grief journey, ‘We’ll make you proud every day’

“I opened the door to two police officers, our baby in my arms. They took off their hats and the world started spinning. It couldn’t be real.” 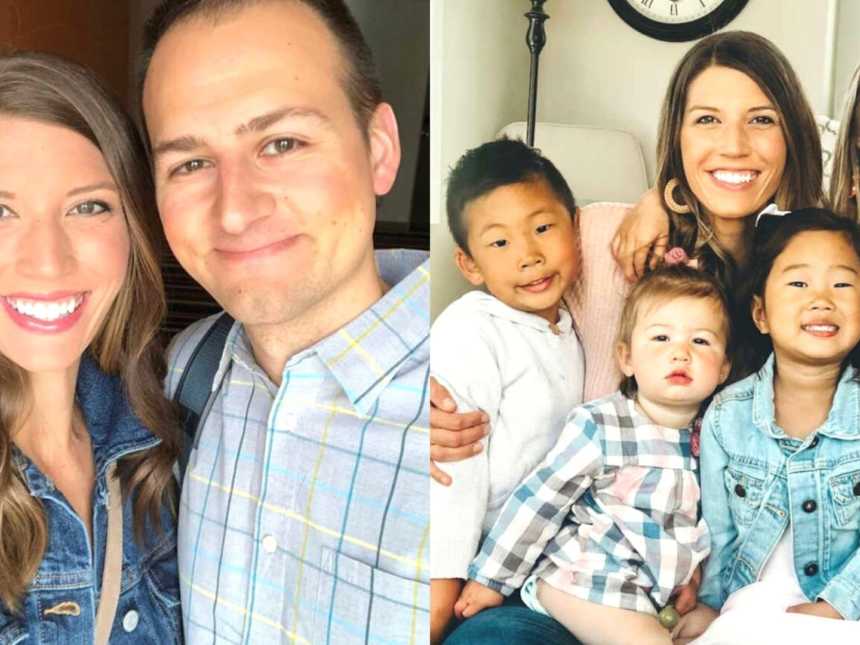 ‘As we pulled away, he cried, ‘MOM!’ My heart burst with so much emotion. He was saying goodbye to everything he knew.’: Couple shares adoption journey, ‘They are IMMENSELY loved’

“My eyes welled up with tears instantly. There he was. An adorable, chubby-cheeked 9-month-old boy. ‘He’s ours, isn’t he?’ No one quite understood the ache we had in our hearts to have him home.” 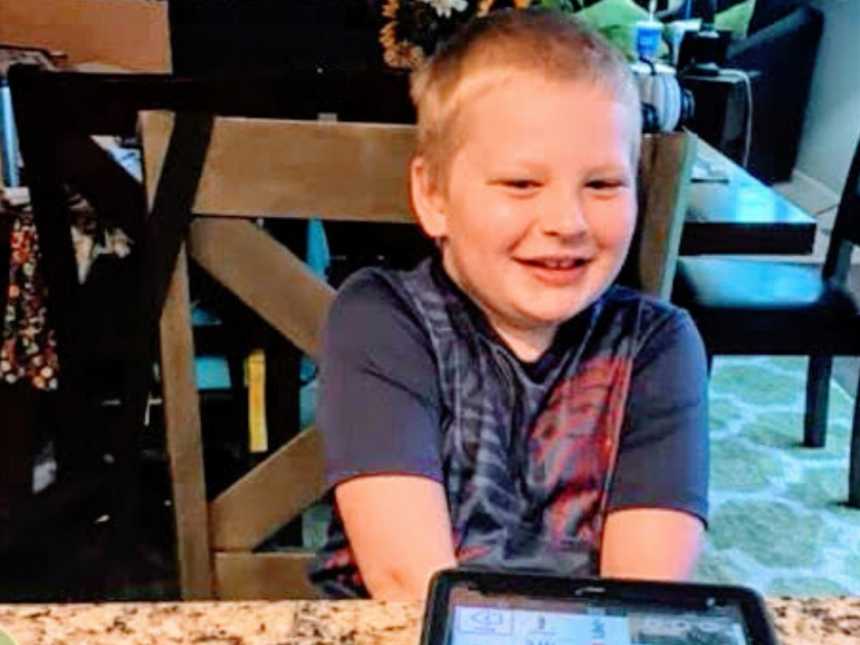 ‘My son makes fun of the autistic boy in his class and it’s hilarious!’ You could hear a pin drop. We stopped our giggling, and turned to her.’: Mom of son with autism raises awareness about adult bullying

“I immediately thought I must not have heard her incorrectly. No one would think this, let alone say it out loud. She continued without fear. ‘My son has the whole act down. He covers his ears, repeats words, and even does a hand twitch! He has the flap down perfectly.’ My stomach dropped. I started repeating to myself, ‘Do not cry. Do not cry.’ I willed myself to hold it together. My son covers his ears. My son’s hands twitch. My son flaps his hands. And one of my greatest fears is he will be bullied for it.”

‘You’ll always have a home with us.’ I’d lived in 12 different homes. This man changed my life.’: Foster teen adopted by coach in college, ‘He walked me down the aisle to give me away’

“I lived in 12 different homes from ages 12 to 18. I had few stable adults in my life. Scott became my track coach my sophomore year. I threw emotional fits. He casually said, ‘I think you can win state.’ Then he paused and took in a deep breath. ‘If you do what I say.’ His devotion to me was unwavering and father-like. Not just as my coach, but as a dad.”