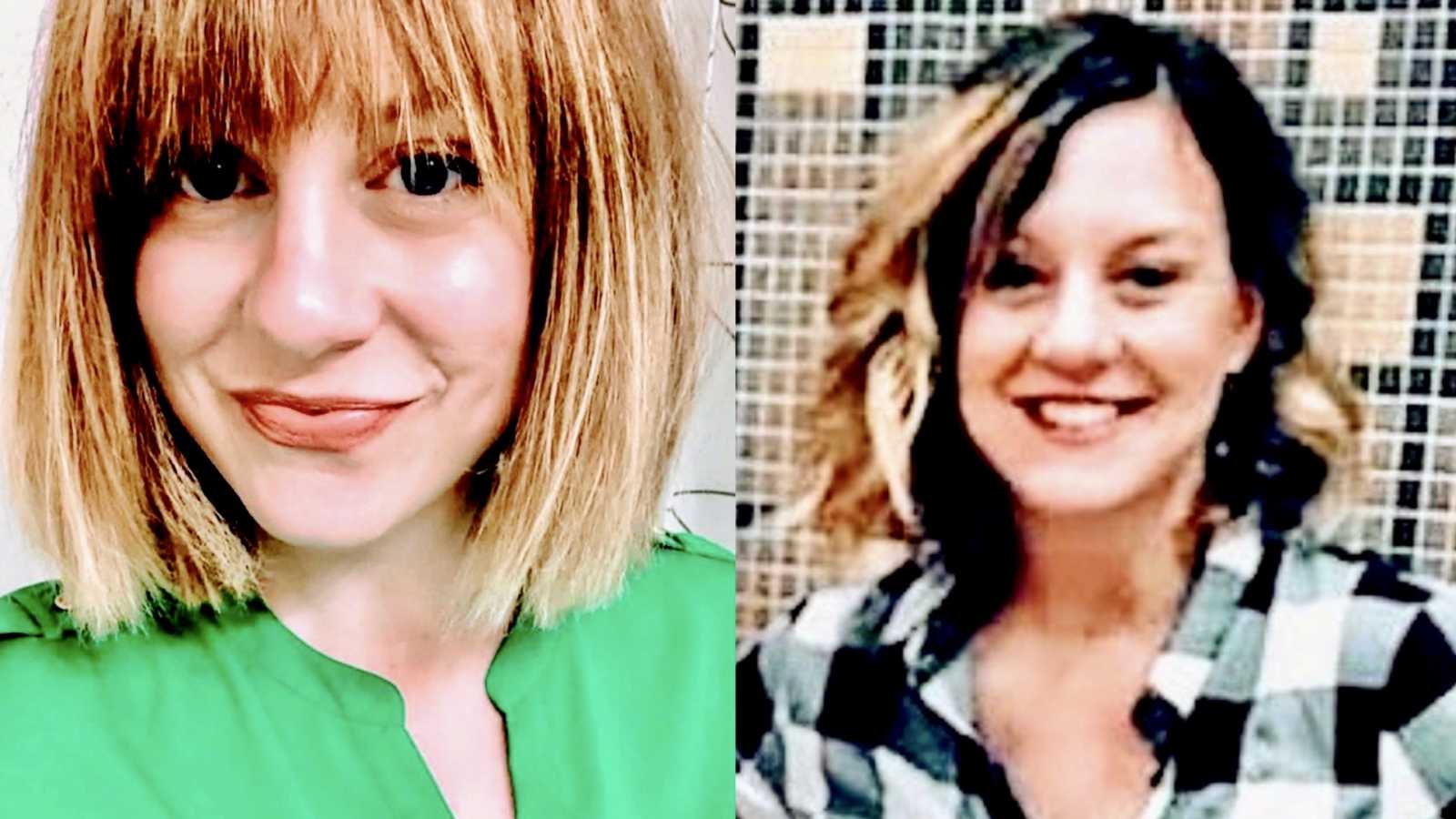 “You had a huge fight with your partner- maybe it was physical, maybe it wasn’t. Maybe there was intimidation or isolation. Perhaps it was a verbal attack that left you so shaken you didn’t know what would happen next, or maybe it was an emotional assault, designed to trigger and destroy you.

No matter what the specifics were, it felt dirty, wrong, and dehumanizing. You’re ashamed, shaking, and devastated.

You are left in pieces, wondering if the way you feel and the things that you believe about what just happened are real- if the person you love really did and said all those things. Did they do it on purpose? Do they believe the things they said?

You wonder if you are being abused and if your partner, the person you are supposed to trust, is abusive or if it was ‘just a mistake’.

You fear you are crazy, overreacting, or deserving. You go over the events in your head repeatedly, examining every word, every look. You look for fault; you look for blame. You wonder if you started it and if you did something so horrible that any objective person would know that you are the real problem.

You start to take it on. You feel the rage and self-righteousness swelling in your chest, but the doubt is still there, pulling at the threads of reality, threatening to unravel you completely.

You wonder if people will think you have mistreated your partner, or if you are just as much to blame. You fear people will believe you have an equal share in the violence because you dared to speak up, fight back, protect yourself, or return the insults.

You wouldn’t be wrong- you know how people think, what they say, how they view abuse and what they believe about victims. You know the things they whisper about the women* who are pathetic enough to stay, or cruel enough to leave. You hear them talk about the women who treat their partners so horribly at dinner parties that they must be awful people to live with.

‘No wonder things got so volatile, living with someone like THAT.’
You can hear it before it happens.

You watch them chat and laugh with your partner at holidays and school functions and you know that they will never believe what happens behind closed doors.

You hear the way society and the media, friends and family talk about women who have complicated pasts, women who drink, or who have been in more than one abusive relationship, women who have ever made a mistake. You know they will paint you with the same brush- attention seeking and stupid.

After revenge. Crazy. Bitter. A liar.

The small part of you that hopes for a return to normalcy, a validation, or an apology holds out. It waits. Maybe it waits for your partner to leave the house so you can break down safely. Maybe for them to lie down by you and beg for forgiveness. However, when they return, it’s rarely an apology you get, not a real one.

It’s an, ‘I’m sorry, but…’
or, ‘Things have just been so crazy at work,’
or, ‘You remind me of my abusive ex/mother when you act like that and I react without thinking.’

It’s gaslighting. It’s blame. It’s projection or hoovering, it’s minimizing and denial and crazy-making circles of distraction and deflection.
This is Round Two, and it’s just as harmful as the initial abuse. It’s part of the abuse. It’s all part of the cycle. It’s ongoing and never-ending.

I have felt all these feelings and exhausted all these thoughts.

I have shouted my side in never-ending, crazy conversations that always make me feel insane but never resolve anything.

I have cried and sobbed and begged while someone tore every wall down and stomped on anything inside of me that I valued or loved.

I have gone numb and deaf as someone hurled my trauma at me and blamed me for every horrifying thing that has ever happened in my life.

I have curled in a fetal position, drawing ragged breaths until my throat was raw, willing myself to stay alive when everything in my relationship and reality hurt.

I have given up and stopped feeling anything when the black hole of despair devoured any will I had left to participate in real life.

I have wondered if anyone would ever believe me. I have fought with myself just to believe my own truth.

Gaslighting and emotional abuse are so damaging and insidious.
People may argue about blame or truth when they see someone with bruises and broken bones. They argue the very definition of abuse when there are no physical injuries. Emotional abuse is fuel that keeps the abuse cycle going. Gaslighting is the glue that adheres a victim to an abuser and his reality. Hoovering is the eraser that wipes the slate clean and starts the cycle all over again.

It’s all abuse, and it often escalates to physical violence, even if it doesn’t start there.

Just in case someone, somewhere needs to hear this:

Name calling and silent treatments and attacking your character are enough. Chronic dishonesty and gaslighting are enough.

Addiction is enough. Affairs are enough.

It’s bad enough if they keep going when you’ve said no. It’s abuse if they don’t have consent.

It’s enough if they threaten you but haven’t physically hurt you.

It’s enough if you never tell anyone.
You never have to be validated for it to be real.

It’s enough if they were drunk and didn’t really mean it.

It’s enough if they are mentally ill or have a trauma history or an absent mother or an abusive father.

It’s enough if they grew up poor or without love or with massive dysfunction.

It is not your job to fix an abuser or to allow them to abuse you because they are broken. They will never be fixed by breaking you.

It’s enough if it only happened once or happened 10 years ago.

It’s still abuse if there are nine good days or nine good months or nine good years in between every violent or cruel event. It’s enough if they are the most amazing partner in the world 98% of the time.

Even if nothing else in the world makes sense, know that your experience is enough. You can always decide what hurts you. I see you and you are inherently worth more than what you are enduring.” 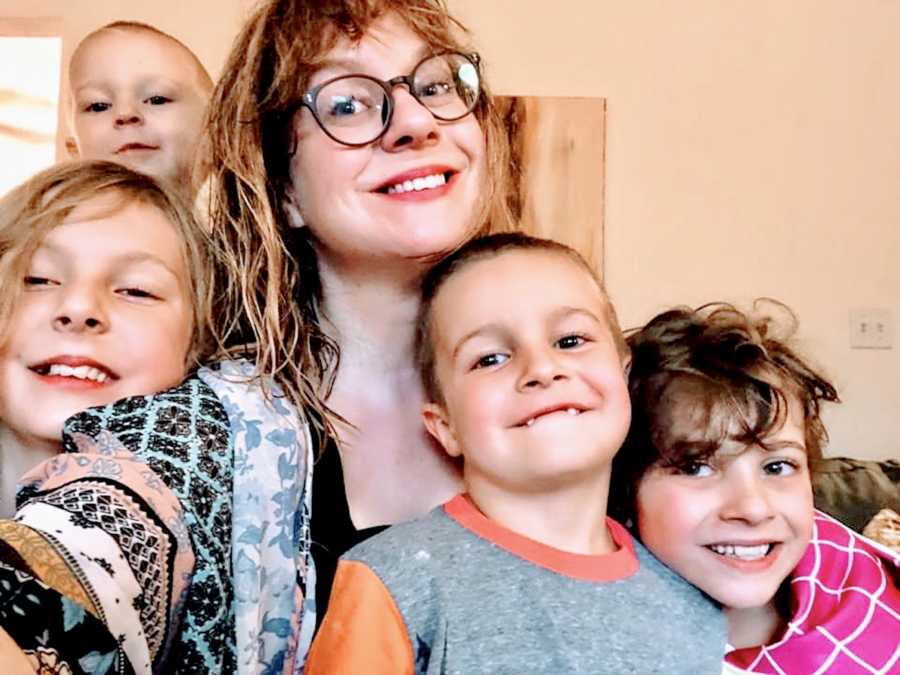 *I use women because women are the largest demographic of abuse victims, but I mean this to also include men, trans men and women, non-binary folx, and anyone who has ever been a victim of abuse.

This story was submitted to Love What Matters by Jessica Kelsheimer, 38, of Milwaukee, Wisconsin. You can follow her journey on Facebook here and Twitter here.  Do you have a similar experience? We’d like to hear your important journey. Submit your own story here. Be sure to subscribe to our free email newsletter for our best stories, and YouTube for our best videos.

‘Learning his mistress was pregnant with twins felt like his hands were still wrapped around my neck.’: Woman escapes domestic abuse relationship after neighbor overhears desperate pleas for ‘help,’ raising little boy has been her ‘saving grace’

‘I asked for $20 for diapers. My husband called me a ‘pathetic gold-digger’. It felt like a cruel joke. Post-labor, I became a full-time mom while he worked. We made this decision TOGETHER.’

‘No one will ever want a single mom with 2 kids, by 2 different men,’ he said. I loved him in a very dark and twisted way. Not following his rules would unleash what I began to call, Satan.’