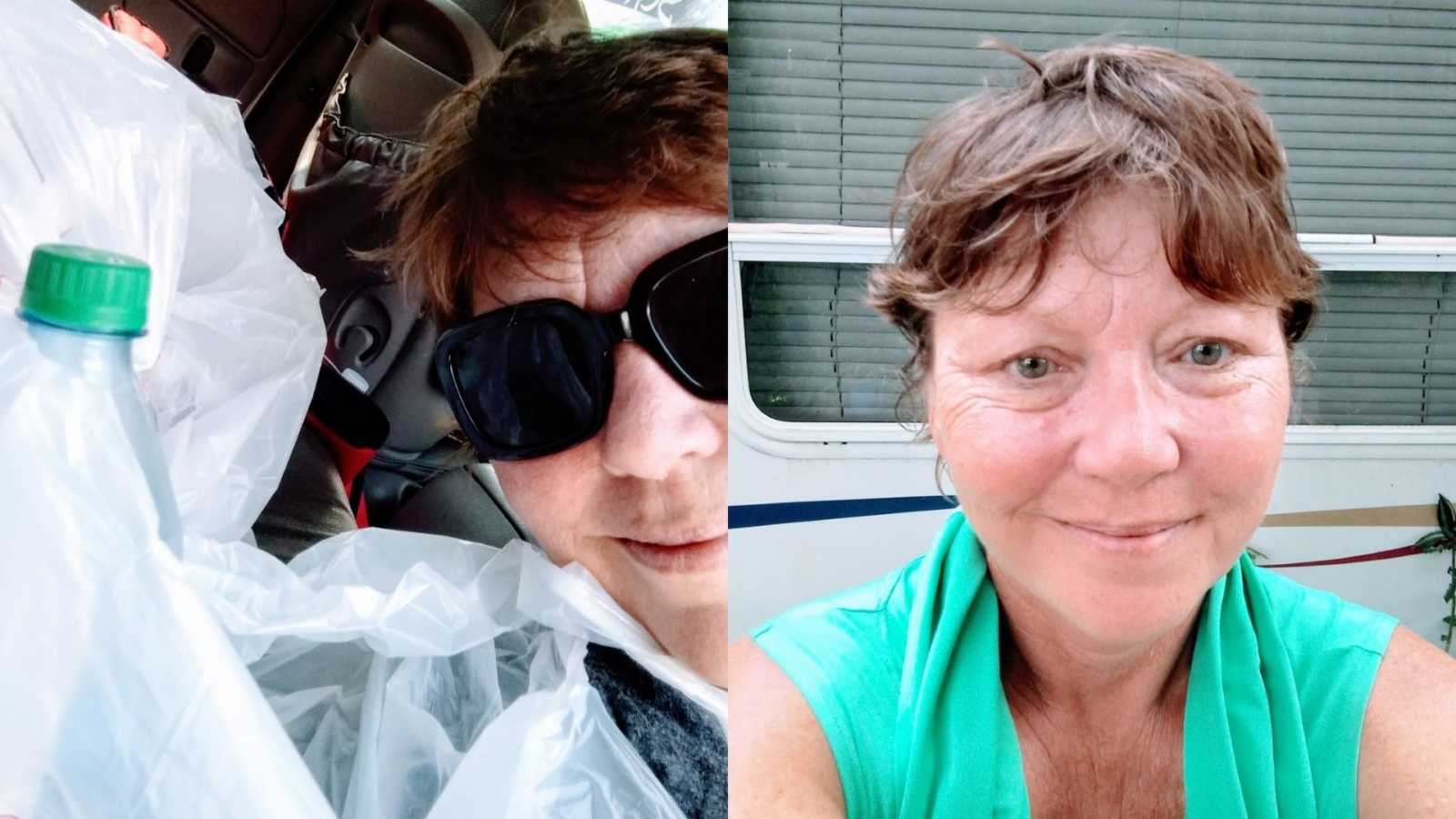 “I may have inadvertently started a revolution in the convenience store today. I also think everyone needs some good news right now, after the terrible year we’ve had.

I stopped to grab a water, and on the way in I saw a homeless man I know sitting in the shade with his bike beside him. He was red-faced and shaky looking. I asked if he was okay, and he told me he was just resting. This guy’s got the mind of a child, and I’m afraid he doesn’t know he needs to stay extra hydrated when it’s super hot outside.

There were a bunch of people in line in front of me and only one cashier, so I grabbed two waters and yelled to the cashier I was taking one to the guy outside and I’d be right back (I’m a regular there).

When I came back in, the lady in front of me turned around, hands on hips, and told me I was just enabling that ‘homeless person‘ (said with a sneer) and I shouldn’t be wasting my money on him.

It’s hot as hell in Florida right now. Mid-nineties with humidity around 80%. It’s a good day for heat stroke, and I told her so. I said I’d rather give him a water than call an ambulance.

I was gonna shrug it off. Let it go. Chalk it up to ignorance and the heat making everybody cranky.

Ashamed. I should be ashamed for giving some poor old guy a water – it cost a whole dollar by the way – and I should get in trouble for making sure he didn’t stroke out in this heat.

I guess I look nice. Approachable. Like I wouldn’t rip your head off. I am nice, most of the time.

And I lost my temper.

I told her to call a cop and report me for buying water at a convenience store.

I told her I wasn’t in the damn mood for crazy right now. That it’s a hundred f—ing degrees outside, and I’m hot and tired and sick to death of stupid people. That if she had an ounce of compassion in her whole body, she’d buy him a cold drink, too. That maybe she should figure out why she needs to accost complete strangers. And how about after that, she back up out of my face and out of my business.

I’m just about deaf in one ear. I try to modulate my voice. Unless I get angry.

It got pretty loud there at the end. There was dead silence in the store and then someone said loudly, ‘For real!’

And the guy at the front of the line told the cashier to add a sandwich to his purchases for the guy outside.

The guy behind him bought an extra ice cream. The girl behind HIM got change for a twenty ’cause that guy could probably use some cash.’

Every single person in line got him something. Every one, except the now very embarrassed lady in front of me, who slunk out without saying another word.

When I got to the cashier, she didn’t charge me for either of the waters, because she was going to take him one anyway. And mine was free because of the entertainment.

When I went outside, he was eating his ice cream and drinking his water with a pile of stuff all around him, a big ole’ grin on his face. He didn’t look shaky anymore.

And there, people, is the story of why I hate people. And why I love people. All in the same damned minute.

I sat in the car and drank my water and laughed with tears in my eyes, same as I’m doing now.”

This story was submitted to Love What Matters by Barbara Jerry and originally appeared here. You can follow her journey on Facebook and support her Etsy here and here. Submit your own story here, and be sure to subscribe to our free email newsletter for our best stories, and YouTube for our best videos.

‘Please, all the restaurants are closed. I have nowhere to quarantine. I just need something to eat.’ This man didn’t want a mask or hand sanitizer. He just wanted food.’: Woman urges ‘don’t forget about our homeless brothers and sisters’