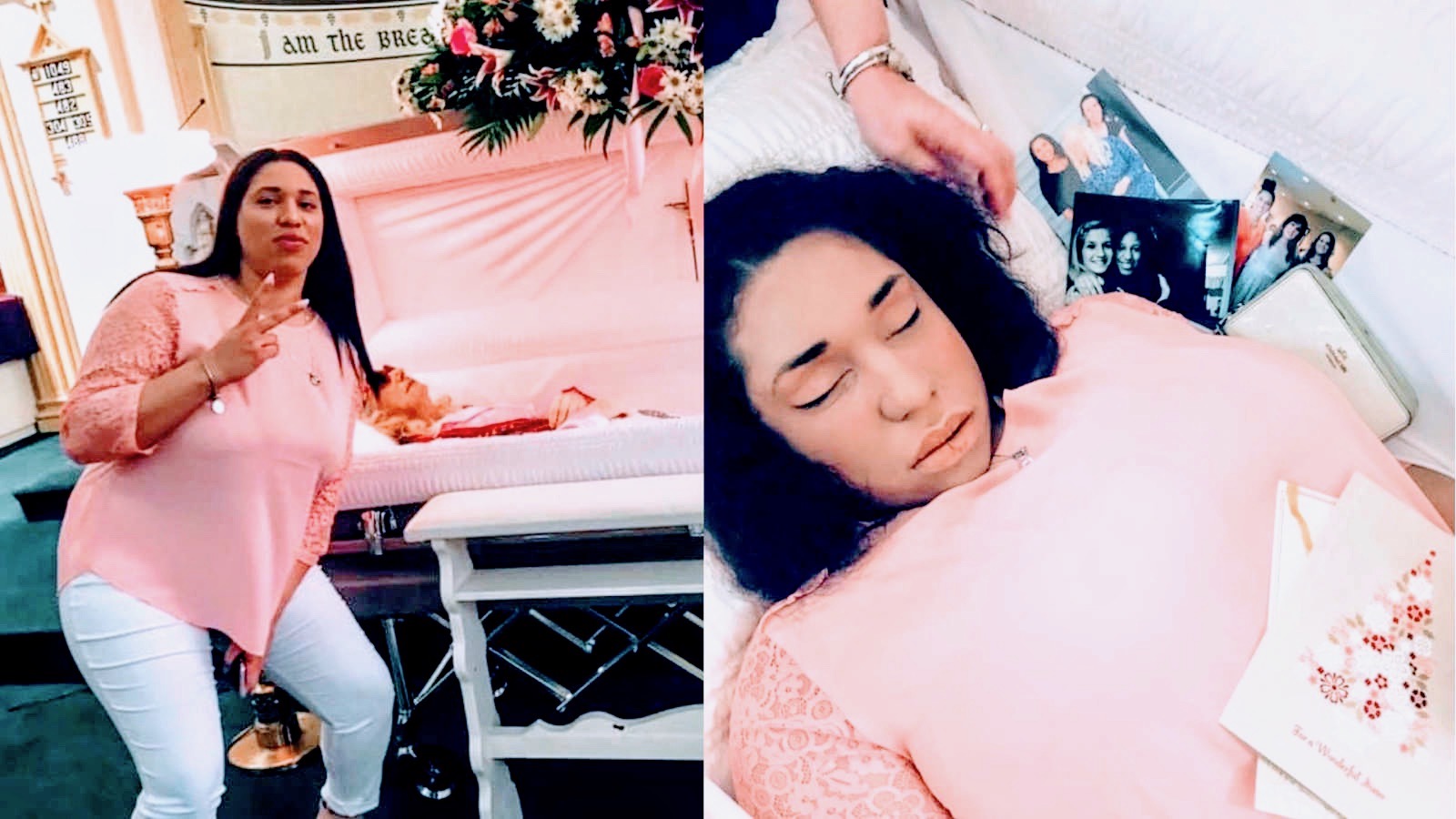 Little did I know that when I took the first picture of my inappropriately hilarious, charismatic little sister it would end up having such a surreal meaning behind it just a few short months later.

The day of my grandmother’s funeral my sister managed to stay sober but don’t let that fool you; she was in active addiction at this time. She would continue to use heroin for a little over a month longer until my mom would take her to see her probation officer at the end of April 2018 to admit she had been using again. (She was on probation for using previously.)

Lexus abided willingly because she genuinely wanted the help and I truly believe in my heart she wanted to stay clean. Off she would go though. Lexus would spend the next three and a half months in jail, waiting for a bed to open at a long term rehabilitation center that my mother, Christy, picked out in Philadelphia. There she would spend another three months working through her therapy and rehabilitation program. At the end of her stay, Lex received her vivitrol shot, a drug which manages opioid dependency/desire, and finally, she was able to come home! My family and I were SO excited and happy to have her back.

My sister would have only 37 full days left with us. On the 38th day she would die of a heroin overdose. Out of those 38 days she only used for three. It only took THREE days of using again. It only took one last hit for her body to go into cardiac arrest and ultimately cause her to take her last breath. My sister died somewhere between 5:40 a.m. -6:00 a.m. She was to be home at 7 a.m., just an hour later.

What’s the moral of this? Why’s it important for me to share pictures that may make you feel uncomfortable?

Well, frankly, it’s because not enough people talk about this issue. I wish I would have been more educated and taken it more seriously than I already thought I was. Opioid addiction is a national crisis! It is an epidemic! In one single hour, eight people will die from an opioid overdose. Will someone you love be one of those unlucky eight?! Will YOU be one of them?

I know I never thought I’d be someone who had to go through the reality of burying someone I love due to this issue. And I hate that more people will have to going forward. Please, use my sister as an example. Use her story to fear taking that next hit or use it as motivation to confront your loved one about their addiction. It’s not okay to ignore this problem or to pretend like you’re better than this. Use it to have an impact the way it has for me. Let’s be real, no one is safe these days from this affecting them. Maybe you aren’t an addict BUT maybe your sister is, maybe it’s your dad, friend, co-worker, or neighbor who is secretly addicted. ‘Junkies’ don’t always look the way we think or see in movies. Addiction hides in the everyday faces all around us. So, let’s keep talking about this issue and raising awareness. Please, feel free to share. There are many out there who need to face this reality.

(Side note: my grandmother and sister had the same personality and my grandma would have been cracking up at picture one. She would have wanted us to light heartedly be goofing off at her funeral just like we did with her when she was alive. So please don’t think my sister was being insensitive in the first picture.)”

This story was submitted to Love What Matters by Chrystal Charlesworth of Gettysburg, Pennsylvania. It originally appeared on her Facebook page, Losing Lexus, to advocate for awareness around the opioid epidemic here. Submit your own story here, and subscribe to our best stories in our free newsletter here.

‘If anyone knows how to get in touch with Tom’s family, call the police. Tom passed away at a party.’: Sister discovers brother died of heroin overdose in random social media post, ‘There it was’

‘I lost my baby brother to an overdose. My best friend, my 6-foot, green eyed, blonde haired brother.’: Sister describes agony of losing her ‘best friend’ brother after he was sober for a year, ‘I’d give anything to have him back’

‘I’m ok mom, I love you too,’ was the last thing he said to me. That was 10:20 on Saturday night.’: Mother tragically loses her ‘best friend’ son to heroin overdose