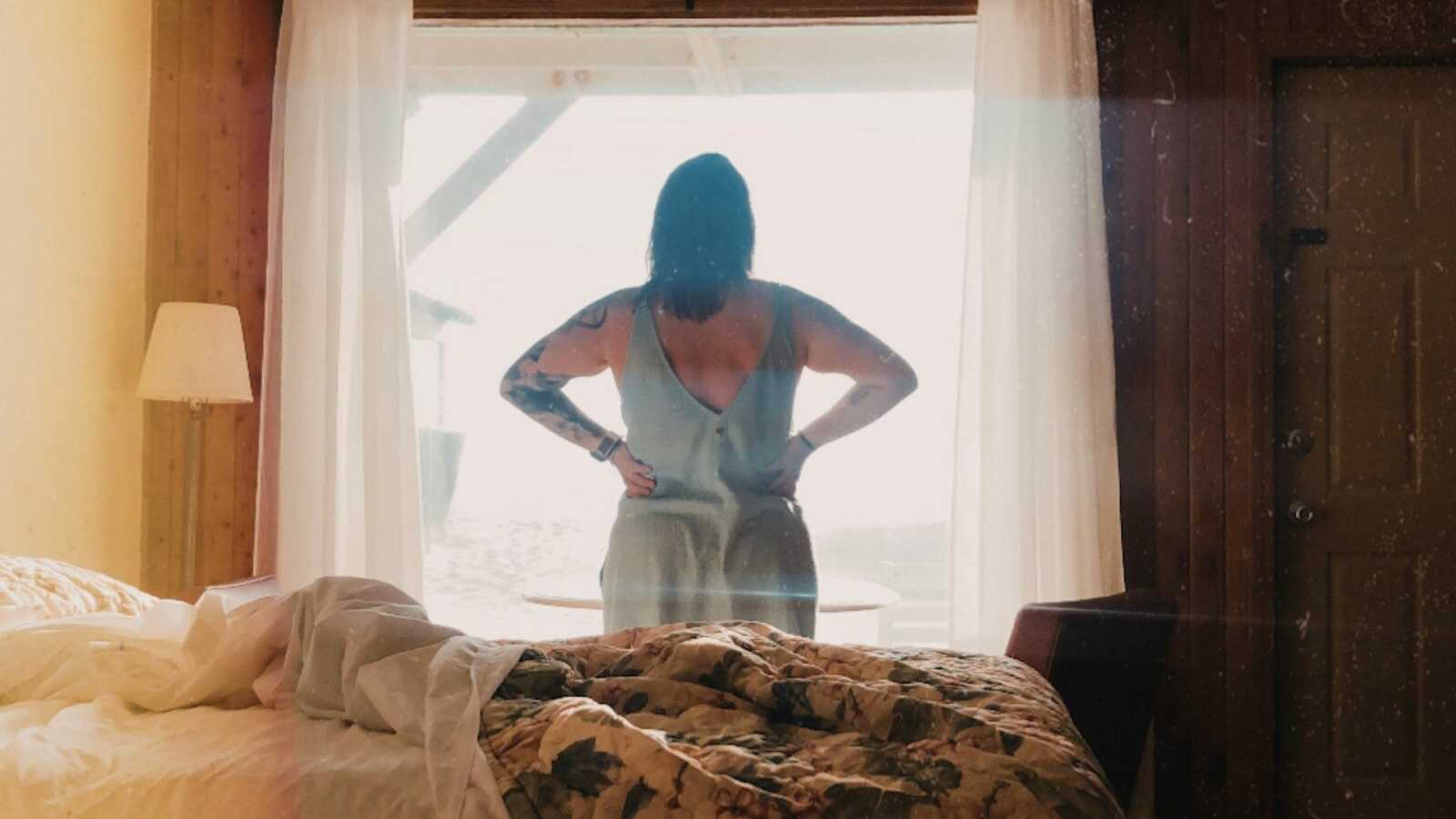 Disclaimer: This story contains details of sexual abuse which may be triggering for some.

“Over a decade ago, I saw one of my abusers’ photos on the wall of our church. The church we attended was large, one of the largest in our town, several thousand in attendance any given Sunday, and I knew he didn’t go there… he didn’t even live in the same state. My blood ran cold, a knot formed in my stomach, and I felt sick. I hadn’t even begun healing from that particular experience and the only soul I’d ever shared that abuse with was my husband.

His picture haunted me; my eyes were drawn to it every time we exited the sanctuary. After all the years that had passed between his grip and my freedom, I thought I should be fine, but I wasn’t. My trauma was confronting me and I had no idea how to process it. After months of internal conflict, I asked to talk to one of the pastors and his wife. They had become like family to us in the time we had known them and, honestly, I didn’t know where else to turn.

Casey and I were only a few years into marriage at this point, so young and still immature in a lot of ways. He wasn’t confident in how to handle some of my deepest traumas, so he froze, not quite sure what to say or how to show up, and I didn’t have the foresight to guide him. I felt alone and broken and unable to keep pushing it down every time it resurfaced. He agreed to join me for the retelling of my life story up to that point with the pastor and his wife who felt like family.

As poetic as it might sound, it’s true, outside of Casey, who had learned pieces of my story at a time, they were the first people to sit and listen to every part of a life that had tried to break me. The chapters I had buried and hoped to never revisit. The moments that tinted my cheeks with shame and then hot with rage. They listened to it all, without a hint of disgust. They listened with grace and eyes that seemed to exude love and compassion. They offered comfort and kind words that felt like salve on fresh wounds. They made suggestions and encouraged Casey to feel peace in his role as my safe space. They reminded us both he couldn’t heal me, only love me. And not long after, the pastor’s wife gifted me the book Redeeming Love by Francine Rivers.

I read it and wept.

I had no idea it was such a controversial piece of literature within the Christian community until recently, when they announced it was being released as a movie. I’m not one to stubbornly stand my ground without a willingness to hear a perspective different from my own, so I’ve quietly read and listened to those who have shared their hearts in regards to this book (and now movie)… most of which seem to be in staunch opposition to it being called Christian literature. We are all entitled to our own opinion, and I won’t judge anyone who is calling Redeeming Love softcore porn, literary garbage, or the like. I only hope to add my own perspective to the mix. My perspective as a believer who experienced a lifetime of sexual abuse.

Jesus taught in parables because He knew people connect to stories easier than lectures. A parable, by definition, is a short fictitious story that illustrates a moral attitude or a religious principle. The parables Jesus shared were not for everyone, I imagine more than once people walked away feeling confused, unchanged, or even angry over the stories he wove together.

That’s because we are all walking very different journeys and what you need to hear may not be what I need to hear. And that’s okay, we don’t have to be spiritually fed the same way or at the same time. But for the one who needs to hear it, it matters. Because if you had a flock of 100 sheep, you’d leave the 99 to go back for the one that was lost. (Luke 15:4)

It’s a heavy book full of sexual immorality and sexual abuse. I imagine it’s hard to stomach for those who have never lived that life. I imagine it’s difficult to face the hellish realities of children being groomed and prostituted as young as 8 and 9 years old. I imagine it’s nauseating to see women who are forced to be seen as objects to be used instead of man’s helpmate (Genesis 2:18) worthy of love and respect (Ephesians 5:25-31). I imagine it’s hard.

‘I’m only a tool, beloved. Not your Savior.’ – Francine Rivers, Redeeming Love

Again, this is just one perspective, my perspective, but it isn’t up for debate. Your experience is not mine and mine is not yours. It isn’t often I ask to not engage in commentary opposite of my opinion, but I’m doing exactly that. I’m not healed. The sexual abuse I endured is not a distant memory, it affects me to this day. If you strongly disagree with my opinion about this book, respectfully move on without telling me why. I’ve sat with God and these feelings and don’t feel obligated to defend them, only share them in case someone else has been grasping to understand why this book felt healing for them despite the public backlash.”

This story was submitted to Love What Matters by Raquel McCloud. Follow her family journey on Instagram here and her website here. Submit your own story here and be sure to subscribe to our free email newsletter for our best stories, and YouTube for our best videos.

‘I was 14 and pregnant. ‘Can we meet?’ 9 years after she was born, my birth daughter’s family encouraged her to hug me. I didn’t want to let go.’: Woman shares perspective as an adopted child, birth mom, and adoptive mom

‘How many kids do you have?’ For years, this question was a trigger. Like lemon juice in a fresh wound, it stung.’: Birthmother shares adoption grief, making peace with others’ opinions

‘He heard I was a birthmother before I ever got the chance to share. He didn’t assume or judge, he offered empathy.’: Teen birth mom shares appreciation for husband’s compassion

‘He had to learn how to ‘read’ tattoos. He started vomiting before every shift, always locking the doors and closing the curtains. He became suspicious of EVERYONE.’: Wife shares husband’s PTSD from job as a correctional officer, ‘It changed him’