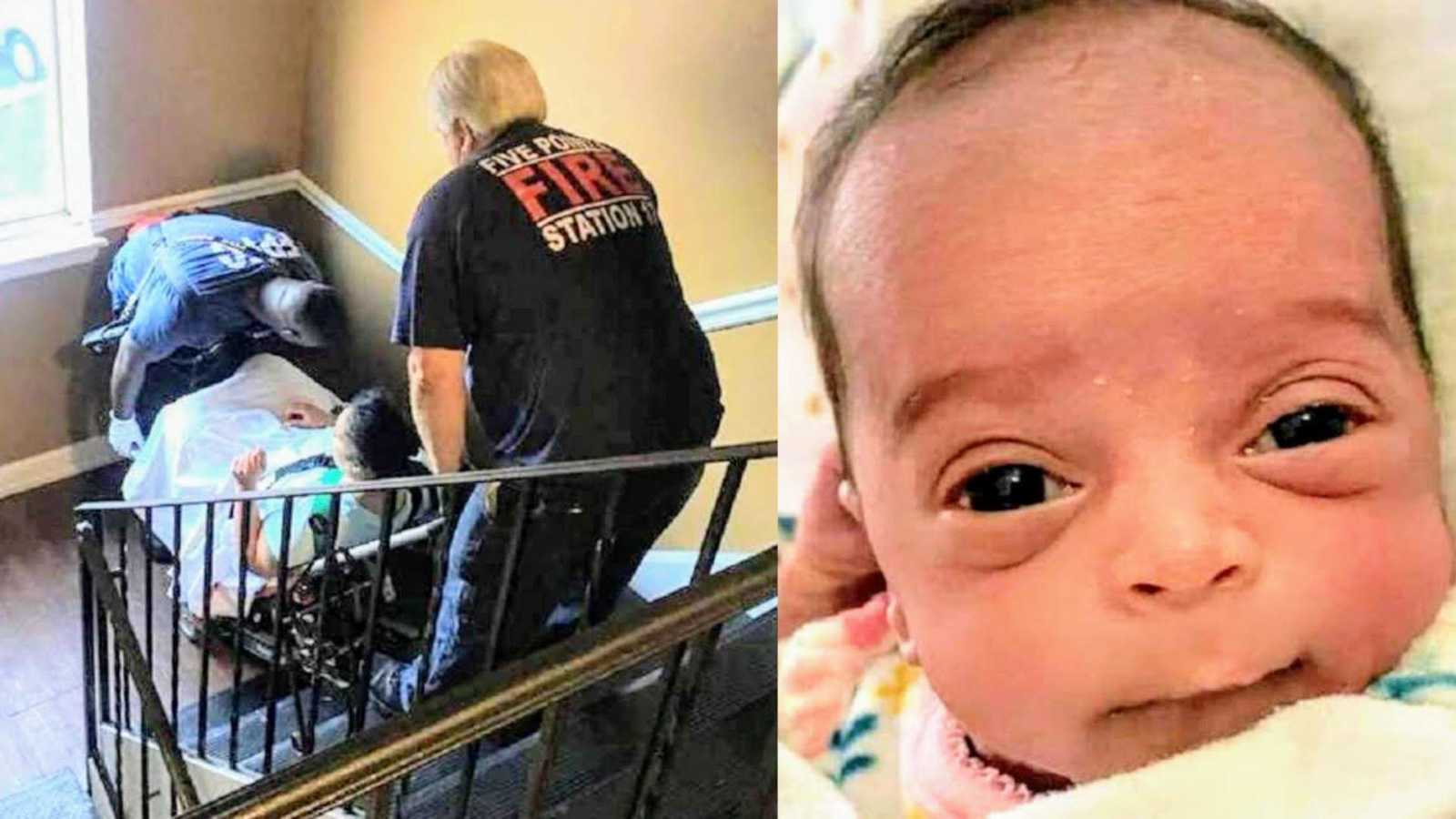 “Like many women, I’ve always known I wanted to be a mom. That was never a question, but getting there was so much harder than I ever imagined.

I’ve helped raise my sister’s and brother’s kids, so a baby of my own was something I’ve always wanted as well. But despite knowing I how badly I wanted this, I could never get pregnant. My boyfriend and I first started seriously trying three years ago, but it felt like my body kept failing me.

I was diagnosed with Polycystic Cvary Syndrome at a young age and, because of that, I’d been on birth control since I was 11 or 12 years old. My partner and I have been together for 13 years and getting pregnant just wasn’t happening. I kept thinking that when the time is right, my body would let me know. And even though my body kept letting me down, I would just remind myself that the time must not be right yet. I felt like it was my fault, and when we realized that I was struggling to conceive, we went to see a doctor to find out what was going on.

The doctor told me, ‘Because of your PCOS, you may never get pregnant.’

I was told my body was producing more male hormones than female, and it was heartbreaking. But I know that everyone is different and this is what I have to deal with. My boyfriend was supportive the entire time, and although we had a few pregnancy ‘scares’ over the years, I never conceived.

Each time I would take a pregnancy test, alone, the results were always the same: not pregnant.

I assumed that at 37 years old, with PCOS, and never having been able to get pregnant, I never would. I started to give up on myself and lost all hope. I even sold my house in June because I knew I didn’t need the room.

But everything changed while I was at my boyfriend’s house on August 25, even though I didn’t realize it at all. While I was over, I started bleeding and just assumed I got my period, like most women would. With the blood then came cramps, and I didn’t think anything of it. He saw that I was in pain, gave me some Tylenol and ginger ale, but my first reaction was to start packing up my stained clothes to take to the laundromat.

The pain started to get more intense, and he said to me, ‘There is no way you are washing clothes right now.’ Instead, he wanted to take me to the hospital, but I refused. I don’t have insurance and honestly didn’t think I needed to go, but he was convinced. I asked him instead to drop me off at my sister-in-law’s house and we would decide from there if I needed to go.

As soon as I got to Alexandra’s house, he told her I needed to go to the hospital, so she took a quick shower to get ready. She then told me I should try showering to see if it would help with the pain, but it didn’t. By this point, the pain was so bad I couldn’t even get dressed without sitting on the toilet instead of standing.

Before we left for the hospital, I decided to try to go to the bathroom one more time. From the intense pain, I thought maybe I had an ovarian cyst or a blood clot, so I thought I’d try to push it out. With the first push, my water broke, but I didn’t know. The thought never crossed my mind.

I pushed again and felt pressure this time.

The pushing and what happened next is a blur. But I pushed again and then I heard a baby fall into the toilet.

I pushed again and I somehow had a placenta in my hand. None of it felt real. It was all happening so fast, and I didn’t know what to do. In that moment, I was terrified to look in the toilet. I had the placenta in my hand and a baby in the toilet. I was just absolutely terrified. My sister-in-law was on the phone with 911 and she was scared to look too. She thought I had a stillbirth and didn’t want to upset me.

But then we heard a loud, ‘Whaaaa!’ and knew the baby was breathing! This miracle newborn was okay! They instructed my SIL over the phone to get the baby out of the toilet, sit me down with the baby on my chest, and to keep us warm with clean towels. I felt fine immediately after the delivery and even had a boost of energy. They then had her cut the cord with shoelaces, which she had handy for a dress, and it all happened extremely fast.

When I first screamed, my SIL was pretty calm as she called 911, but now we were both in shock.

My boyfriend had left after dropping me off, so she called him to tell him what had just happened in her bathroom. He immediately started racing to the hospital to meet us there. We also realized that we didn’t even know the baby’s gender until an EMT asked. We just knew the baby was breathing and that’s all that mattered at that point.

We then FaceTimed my mom, and to say she was shocked is an understatement.

At first she didn’t believe us and thought we were playing a trick on her until she saw the EMTs and the baby. Oh my goodness was she excited and crying! She couldn’t wait to get a ride to the hospital and meet her granddaughter.

My baby girl was born at 34 weeks, and was perfectly healthy.

As we were transported to the hospital, I just kept thinking, ‘How is this for real?!’ She was breathing fine and just looking at everyone. I was absolutely in shock. When we got there, my mom and aunt helped me to come up with a name so they didn’t list her as Jane Doe. Amoura Rose is what we settled on, and it was a perfect fit.

My brother’s wife and I were always close but this experience took things to an entirely new level. Naturally, she’s now Amoura’s godmother! People can’t believe it, but I honestly had no idea I was pregnant and had zero symptoms.

I even took pregnancy tests on two occasions while I was unknowingly pregnant with Amoura but they came back negative. The most recent test was in June, just weeks before her August delivery. My boyfriend said I seemed more tired than usual and thought I should take a test, and I figured it couldn’t hurt. Why not? Well, it was wrong. I hadn’t gained any weight, still got my period, and the only movement I felt was at night, which I attributed to gas. That was it, nothing else.

Amoura was able to say goodbye to the hospital and bust out of the NICU perfectly healthy after growing strong.

Amoura came home from the hospital on September 27, after four weeks and five days in the NICU. She has no complications from her premature birth, doctors just wanted her to keep gaining weight, which she is, and then she was allowed to come home.

I went back to work as a receptionist in a chiropractor’s office two weeks after giving birth. It was hard but I was excited to go back because there’s nothing I could do while she was in the hospital and I would need the time off after she was released. I visited her every night after work and just had to patiently wait. I’m not going to lie, it’s still overwhelming.

I’m lucky my boss is willing to work with me and that my family has gotten a lot of the baby gear I’ll need. But I know I’ll get everything done in the short period of time I have, instead of nine months because, well, I have to. This past year I’d let myself give up on everything before she came, but not anymore.

To others struggling with PCOS or the ability to conceive, just don’t give up.”

This story was written by Carla Collazo of Delaware, and originally appeared here. Submit your own story here and be sure to subscribe to our free email newsletter for our best stories.

‘Your boyfriend has to deliver the baby.’ I was squatted on a bathroom floor, 20, convinced I was going to die.’: Woman delivers baby on bathroom floor after ‘grumpy midwife’ tells her to ‘go home’