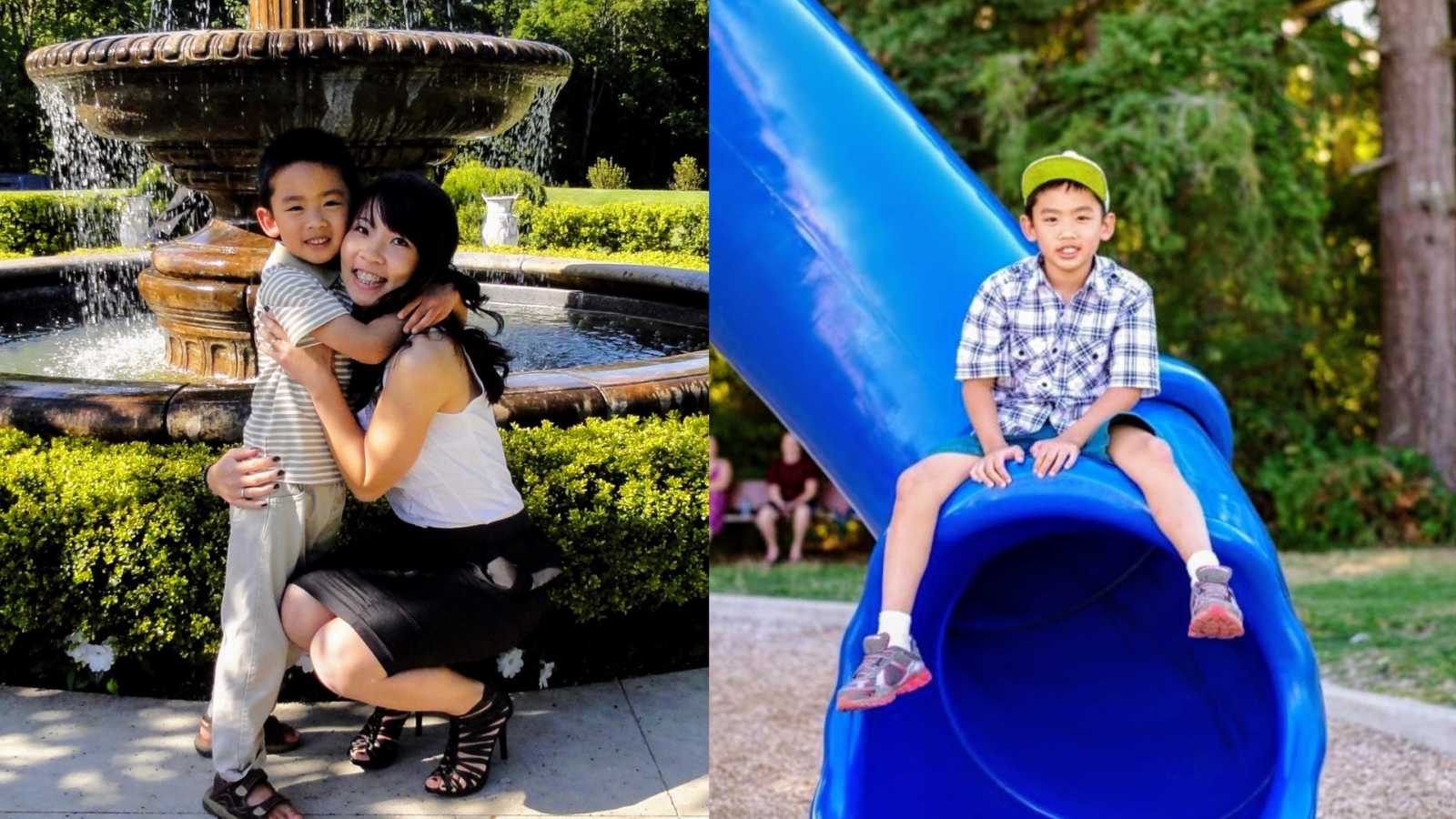 “Failure. So many books, articles, and references in regard to grief, compartmentalizes it into 5 categories – denial, anger, bargaining, depression, and acceptance. Sadness is inevitable, as is loss. But no one prepares you for the feeling of failure.

Was I angry – sort of. Did I bargain – sure. Was I in denial – briefly. Was I depressed – similar to it, but not quite. Did I accept it – eventually. But the one feeling that came and went the most was the feeling of failure.

Strep throat. Enough said, really. Such a common ailment, and yet I couldn’t protect my son from dying from it. I did everything, everything – I remember yelling that at the doctor, nurses, my husband. I remember yelling it at my sisters and brothers as they rushed to my side. I gave him soup, medicine, vitamins, slept with him in my bed, took him to the doctor, then to the ER – all within the 48 hours he started to feel really sick. The 8 hours before that he was barely sniffling, laughing robustly, and writing Valentine’s Day cards. He threw up once. ONCE. I did everything, everything. This wasn’t supposed to happen.

But then in a blink of an eye ‘it’ came. I refuse to call ‘it’ my mom, because in that moment, she wasn’t mom; her grief had overtaken her, and ‘it’ was what she unintentionally became. And ‘it’ turned and said to me – how could you let this happen? And like a flip of a switch, it went from ‘this wasn’t supposed to happen’ to ‘how DID I let this happen?’ It was like an electric shock – so much so that as soon as those words left ‘it’, I clutched my second oldest sister’s arm and looked at her in desperation and realization that maybe I was to blame. I had failed as a mother. And that was the last thing I remember from the day my son passed. At that moment, I became obsessed with my failure and all else was background music that faded away into the darkness that soon became a part of me.

The obsession was all consuming. I only remember bits and pieces in the days following. I barely slept, lying in bed searching Google for everything I could have done wrong. I remember talking to the coroner as it was standard to do an autopsy on unexplained sudden deaths of children. I remember begging her to please, dear God, please, tell me what I could have done differently. There must have been something I could have done differently. I remember recounting each step I took leading up to the day he passed meticulously, like clockwork – I committed it to memory yet was convinced I missed something. I remember leaving the room after the coroner promised me, she would give me peace, running straight to and clutching my sister, begging her in turn, to please don’t make me do that again.

But my obsession with failure also made me practical. I had to focus on being practical, because if I were practical, I would find a practical solution to my failure. So as quickly as I became hysterical was as quickly as I turned it off. Practical came out as being socially acceptable, as being responsible by looking after my family. Practical was making people feel comfortable about the death of my son. It was really an elaborate ruse I put up which fooled many, and on somedays, even myself. While my oldest sister was relieved that I didn’t hate God, she didn’t realize I was reserving all the hatred for myself.

People thought the 3 months following I was recovering from my surgery I had only 2 weeks prior to my son’s passing. No one realized how deeply I was spiraling. I developed a secondary infection and ended up being on antibiotics and various medicines for 2 weeks. It was so bad, my doctor looked me in the eyes and asked me sadly, how did I let this happen? The same question had come back to me again, yet in another form. I could only answer, I don’t know. I don’t know anything anymore.

So the question now – 4 years later this February 7th – is how did and do I live with that failure? The answer was – and is – in so many forms when I finally allowed myself to remember the grace and love that surrounded me throughout it all but couldn’t see through the shroud of self-despair at the time. It was in the patience of my husband as he watched after me and allowed me to be whatever I needed to be in any moment. It was in the 80 pairs of socks that my second oldest sister and her husband would wash when they came down to visit me consistently for 2-3 weeks, cleaning my house, doing my laundry, bringing me food; she was the first person I thought to call when I subconsciously knew this was going to be the worst day of my life. It was in my parents, who put aside their needs and traditions to allow me to do my son’s funeral service the way I needed to, in my oldest sister who helped me arranged it all, in my brother who did as he was told. It was in my friends, old and new, and extended family who rallied the community together to ensure that our expenses were the last thing on our minds, that we were well taken care of, and we had food on our table. It was in the sentiments of my son’s friends, their hugs and small hands holding mine throughout the day we laid him to rest. It was in the voice of the coroner – when I finally allowed myself to hear and accept her words – who gave me the peace she promised me, telling me after the autopsy report, sometimes, these things just happen and there is nothing you could have done otherwise; it’s not you. But most of all, it is in the love I have for my daughter and my son because love doesn’t belong solely to this world – it is infinite, it is everywhere, it is empowering. And it is in the grace of God that gave me these beautiful children in the first place. And finally, it is in the unending support in all of these forms that still invigorate me till today.

By looking through each of these beautiful and sometimes overlooked moments, I realized the only person who viewed myself as a failure was indeed, just myself. And, in moments where I feel the darkness encroaching – and it still does, creeping in slowly, randomly – I think about all of these sources of goodness again to lead me back to the light. Nobody really talks about the failure part of grief, and nobody talks about simple solutions on to how to get rid of it either. Nobody tells you that grief is everything and anything you make it out to be, not this cookie cutter mold. So, I guess, here, finally 4 years later, I am here to say to myself and to all those who walk on this familiar path but in different shoes – It’s okay to feel the darkness for a brief moment, so long as you remember the light is still there, too.”

This story was submitted to Love What Matters by Hang Nguyen-Le of Washington. Submit your own story here, and subscribe to our best stories in our free newsletter here.