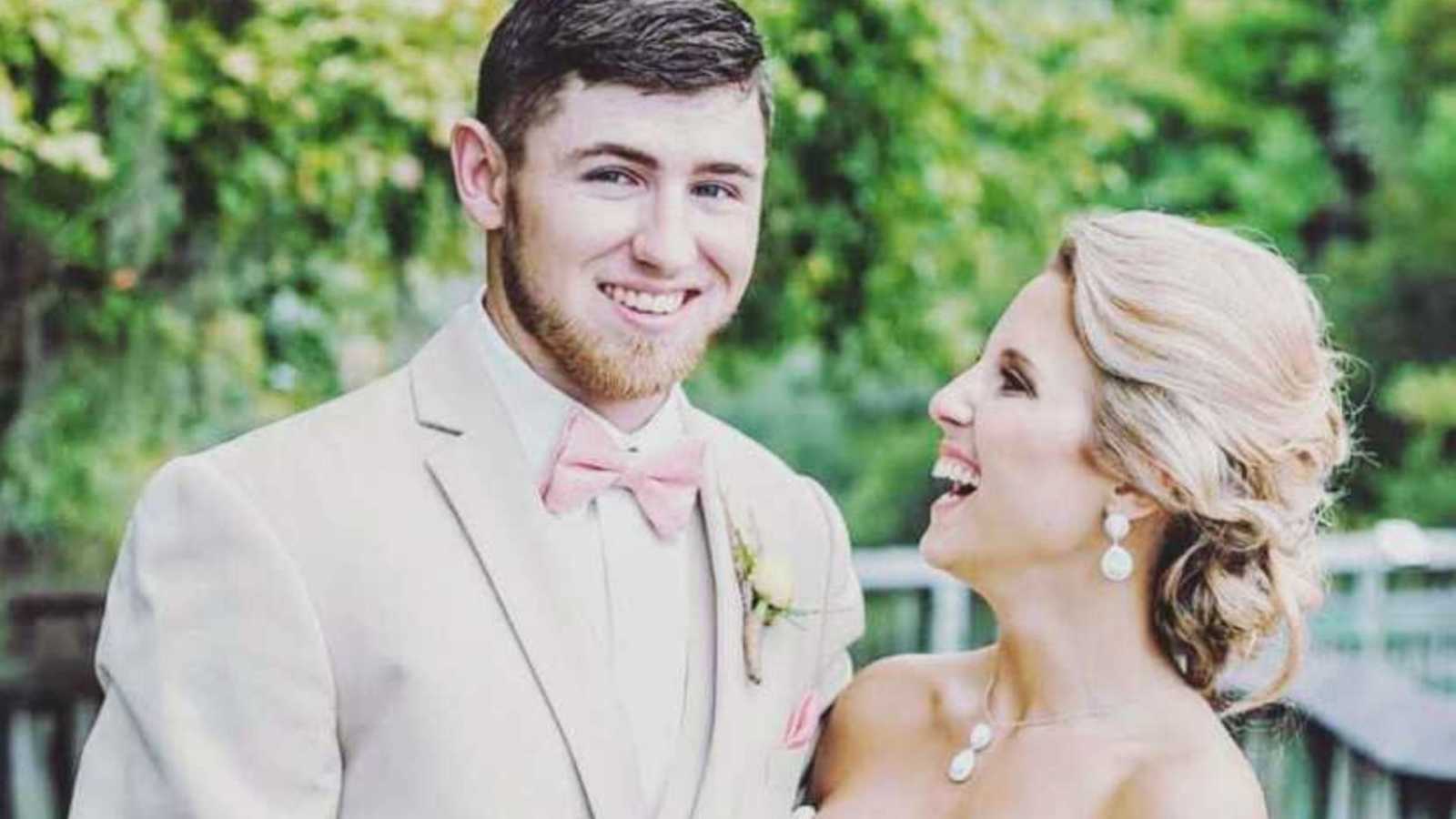 “My biological dad didn’t come to my wedding. It’s kind of a long story, but I’ll see if I can condense it down to the the main point and not beat around the bush.

I got married September 26th, 2015. Best. Day. Ever. Ten out of ten, totally recommend! I walked myself down the aisle, because I can do bad all by myself.

My parents separated right at, or right under, a year before I got married. Between then and the time I got married, my mom had started seeing my now stepdad. I didn’t have the best relationship with my bio-dad at that time either. It wasn’t healthy for me to communicate or be around him. He wasn’t in a good place. Still isn’t. But as nervous as it made me feel, I did what I was supposed to do and sent him a Save The Date and a formal invitation.

The formal invite came probably three months before the actual wedding date — long enough to get a response. I waited and waited, but nothing. So, about a month out, I texted him. (Yes, I could have called. But like I said, not in a good place.) I told him I needed to know, within a week, if he was going to show up, because I needed to tell the caterers how many guests we would have (true fact). He didn’t respond to my text. So, I called. No answer.

Another week goes by and I texted him again, saying I was taking his lack of response as a ‘no’ he wouldn’t be attending the wedding. He of course responded to that, as it had gotten his attention. But it was too late at that point. I wasn’t going to play games. This behavior was typical of him. His reason was simply because my mom’s boyfriend was going to be there. He had told my mom, my grandparents, and had mentioned it to my younger sister.

So, he didn’t show. And you wanna know something? My wedding was still amazing! The man who my mom would marry a year later, not only showed up, but helped set up, and made sure I had the extra as heck chocolate (yes, I said chocolate) photo booth I just had to have! And he made sure to dance with me. That is a real dad. Someone who shows up.

Did I feel let down that he let his personal issues get in the way of showing up to the most important day of my life? Hell yes! But now it doesn’t bother me, honestly. It is what it is. Those who love you and want the best for you will show up. Not just at your wedding, but in life. Those who have your best interest at heart will show up. You won’t even have to ask.

As ladies, it is assumed by others that we ‘need’ someone to walk us down the aisle and give us away. But I own my sh*t, and I am my own person to ‘give away.’ You can be independent, even on your wedding day. You do you, and to heck with the rest who can’t accept that.”

‘I wouldn’t let my husband touch them. I wanted pretty boobies, whatever that meant. I was ‘large’ and gravity became my enemy.’: Woman urges ‘do what you need to in this life’ after breast augmentation 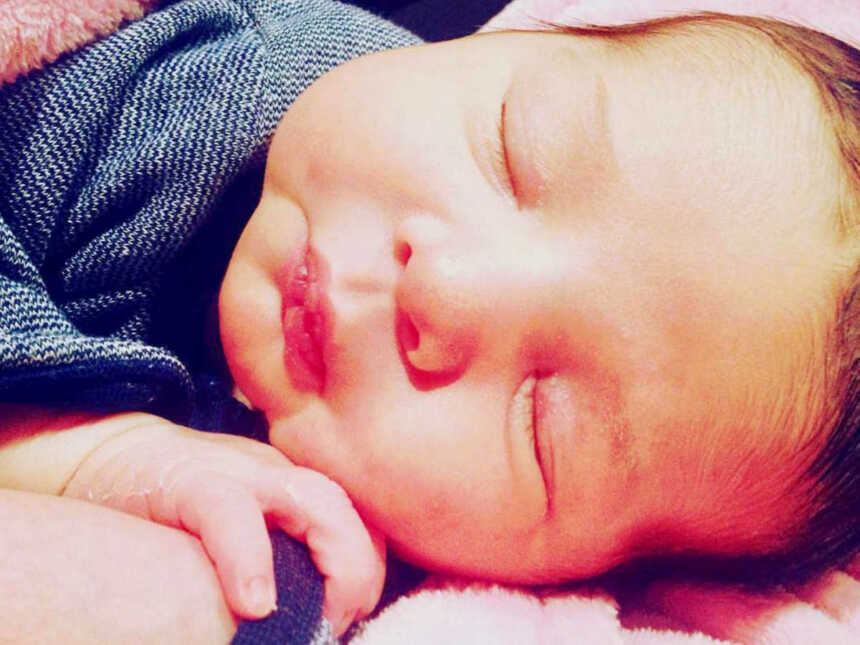 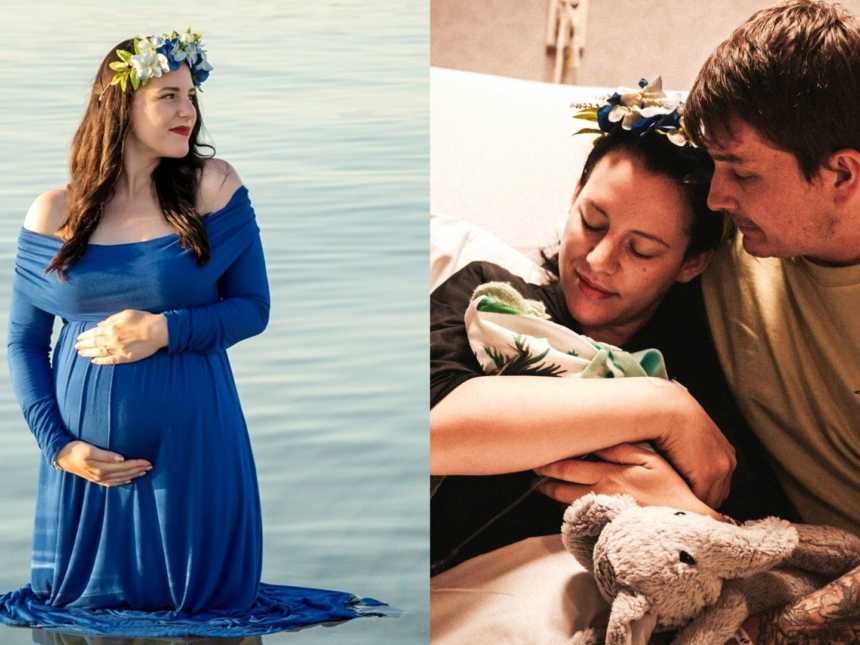 ‘I hate to tell you this, but there’s a MAJOR problem.’ Darkness. Shock. The whole room disappeared around me.’: Couple has baby with anencephaly, ‘He’s impacted so many lives’’

“Each week we grew more hopeful our boy would live long enough to come home. The moment he was placed in my arms was the truest love I’ve ever felt.”