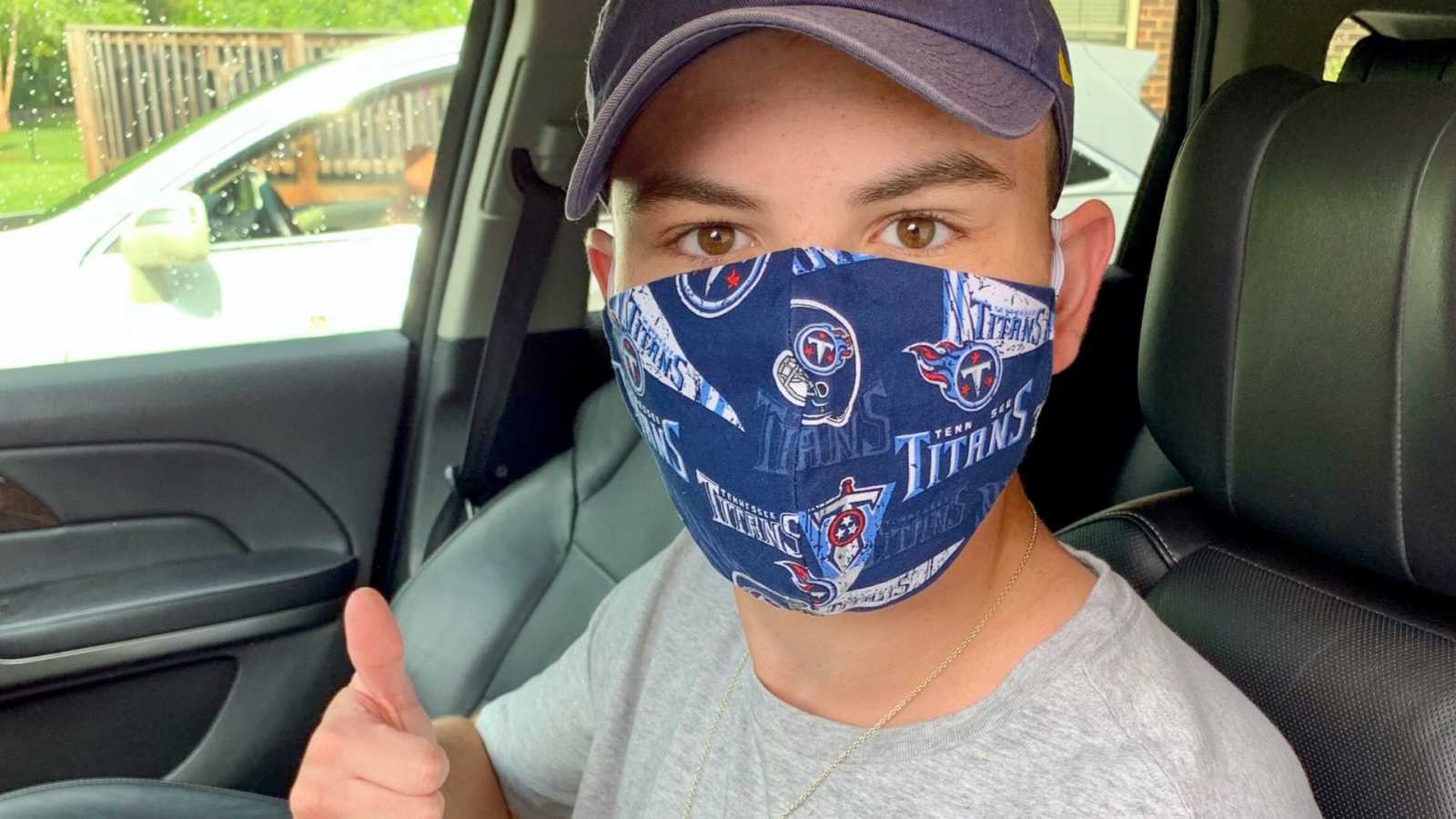 “My son came home last night, telling me a story of the restaurant he had eaten dinner in after practice. The way this place makes sandwiches is a longer process than some of your typical fast food restaurants, and a customer had apparently never been there before and was wanting his food and complaining loudly.

The staff had apologized and given him some free fries for his trouble. They even upgraded his sandwich to a larger size, and he screamed at them because of that. They could do nothing right for this man. He yelled loudly, making a scene, and started taking the Lord’s name in vain. The manager just so happened to be a Christian. He asked the man to not talk like that, and the customer started insulting his beliefs. My son witnessed all of this. He watched as a Christian stood up against adversity and did not cower to a bully, but instead fought back for his Lord and Savior Jesus Christ. I wanted to tell the manager thank you, and thus… our story.

Years ago, I had been given some cash as a thank you gift. I didn’t feel deserving of it, so I have been asking the Lord to show me someone to bless with this money. Several times, I thought I knew what I was supposed to do with it, but it just never felt right. My son told me this story about this manager last night, and I woke up two hours early with great clarity he was who I was supposed to give this money to.

They opened at 11 a.m. and off I went. The only description I had of this man was ‘big scary dude.’ I wasn’t sure what exactly I was in for, but I figured it might be clear once I got there. The weather was so weird today, like a slushy rain snow that landed, but it didn’t. It was just weird and not exactly something I wanted to be out in, but I wanted to accomplish my task. I went in, and it was all ladies. I asked for the man who had been the manager on the evening shift. They told me they could not legally tell me when he would be in, but he would be in today. So, I left.

I came back at 3 p.m. I had enough time to accomplish my task before I had to pick up my daughter, and this time when I went in, there was a different woman. She asked if everything was okay. I said, ‘Yes, thank you.’ She said he would be there after 4 p.m. I left.

I wasn’t going to go back. The weather was deteriorating, and I just wanted to be home. But, the Holy Spirit urged me by saying, ‘Don’t be lazy.’ Nothing worth it is ever easy, so off I went. It felt weird this time, so I called my friend Cindy, so at least someone would know where I was and what I was doing. She said she would pray for me.

I walked in, and there were several workers behind the counter with not-so-friendly and inviting looks on their faces. Then, the woman from my second visit, met me at the door. ‘This is the third time you have been here. Why don’t you tell me what it is you need?’ She was not happy with me. I explained I needed to speak to the manager from the night before, but this woman was not having it. I could tell she needed a better explanation.

I said, ‘You had a customer in here last night who was not very nice.’ She said, ‘Yes…’ I said, ‘You also had my son as a customer and he witnessed the whole thing. I wanted to thank the man for standing up for his beliefs and showing my son, even in adversity, we should stand up for Christ.’ She kind of looked dumbfounded. The angry people behind the counter didn’t look so angry anymore. They all kind of looked at me like…What now?

They all thought I was the angry customer from the night before’s wife, and I was coming in to make trouble. The man I was looking for had been told to wait in his car. The lady manager was so kind and apologized that my son had to witness any of that. We were all talking about hateful people and how we always think of come backs way after the argument is over. We were laughing, and it was such a relief, you could tell.

In walked the man I had been trying to talk to all day. I thanked him. I told him, as a parent, I can tell my child all day long right from wrong, but for my son to see faith fought for in the real world in the midst of adversity? That was priceless. I handed him the envelope with Matthew 10:33 written on it. I hugged him, and I left.

This story was submitted to Love What Matters by Erika of Tennessee. Do you have a similar experience? We’d like to hear your important journey. Submit your own story here. Be sure to subscribe to our free email newsletter for our best stories, and YouTube for our best videos.

‘Our seniors are still staying home. We wanted to do something meaningful. It was so worth it!’: Mom group hosts car parade for senior center, ‘The world could use some kindness’

‘Lonnie said, ‘This is all for you.’ Now any time he sees a truck, he tells me about his buddy, Lonnie.’: Neighborhood in tears after recycling worker’s act of kindness for little boy