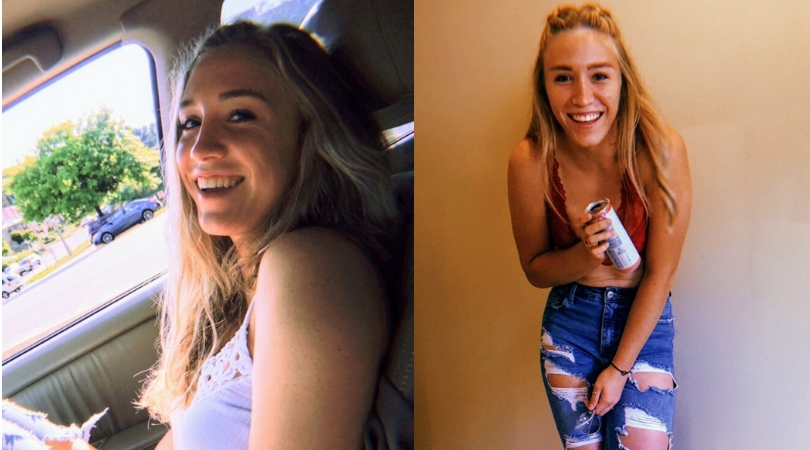 “My name is Roxanne Dunn, and around this time last year, I wrote a suicide note.

I remember sitting down and starting to write. I remember being so emotionally exhausted, and tired of fighting with myself. I was so unhappy with who I was, and how I was living my life, that I had convinced myself I might be better off not living at all. I don’t want to come across like I was ready to die, because I don’t think I was. I had no intent of killing myself that night, but I knew what I wanted to leave behind if I ever decided to. I had been pretending to be someone I wasn’t for so long. I have cried in church, begged God to make me who I thought I was supposed to be, tried to force myself into being something I’m not, all out of fear. I was so afraid of disappointing people, or losing them, that I was losing myself instead.

My whole life, I have dated boys. For a while, when I felt like I was unlovable, I dated them because I liked the attention. Then, I dated them because it was fun. Recently, I dated them in attempt to prove to my parents, God, and myself that I wanted to. I did have some good relationships. I think in my life, I’ve genuinely loved three boys. The first, because I didn’t know what love was. The second, who I spent eight years trying to love, and who ultimately helped me realize I was pretending to be something I wasn’t. And the third, who my family loved, who I thought might be able to fix me, and who helped me see God’s love when I thought I couldn’t.

I realized during my sophomore year of high school, that I liked girls in the same way that I liked boys. This being said, I don’t label myself, and I don’t want a label to be put on me. I like who I like, and who treats me like I want to be treated, and that’s the only label I need. Because I grew up in a small, conservative, town, I was raised to see relationships as between a man and a woman. I was also raised to see being gay as a sin. So, when I realized that I was attracted to girls, I didn’t tell more than one or two people for years. It wasn’t until I got to college that I saw that it wasn’t entirely uncommon. Even then, I still understood it to be a sin, so I began to hate myself, and hate God for making me this way. I remember laying in my bed, crying, and asking God why He would make me if He was going to send me to Hell. I hated going to church. I felt so unwelcome because I told myself I wasn’t. I begged God to fix me and make me normal. When that didn’t work, I tried to force it on myself. The more time I spent away from home, the worse it got. I became a very toxic person; hurting girls who cared about me because I was so afraid of going to Hell, and my family and town’s disapproval. I began to believe I would rather die than disappoint people by allowing myself to explore that part of me. I vividly remember asking myself if my family would really miss me if they knew what I was going through. Obviously, I decided no, and wrote the note, basically saying I hated myself and believed I was better off dead than being ‘gay.’

After I wrote the note, I put the journal away and continued on with my life. I got involved with a youth group, where I was accepted for exactly who I was. I began going to support group meetings for people who struggle with codependency. And most importantly, I was making friends who always expressed love and support, even when they didn’t agree with something I was saying or doing. In these things, I began to see God through a perspective of love, rather than fear, and I began to see myself as accepted, rather than hated. When I finally decided that I could be myself, and stopped fearing disapproval and disappointment, I threw the whole journal off a bridge; about six months after I wrote that note. I began to love myself for who I am, and I believe with my whole heart that God loves me for who I am too. I began to enjoy church again, as well as singing worship songs in the car. In my opinion, my relationship with God has gotten better since I’ve started loving and accepting myself. In addition, the way I see myself has changed a lot! I am no longer a toxic person, I’m much more positive in regard to life, and I’m noticeably happier. I am dating an amazing, and beautiful girl, who makes me feel so beautiful and loved every day. She was patient with me while I was working up the confidence to be with her, and through that, we have developed such a happy relationship.

I have wanted to write this for so long, but I have always been too afraid of what peoples’ reactions would be. I finally decided if I can help even one person avoid feeling how I felt or feel like someone out there understands what they’re going through, that writing this would be worth it. I believe with my whole heart that God loves me for who I am. I believe that the people who truly loved me before, will love me now. I understand that not everyone will except this side of me, and I have come to be okay with that. For so long, I spent my life hating myself, and now I am ready to love myself.”

This story was submitted to Love What Matters by Roxanne Dunn, 21, of Ohio. Submit your own story here, and subscribe to our best stories in our free newsletter here.