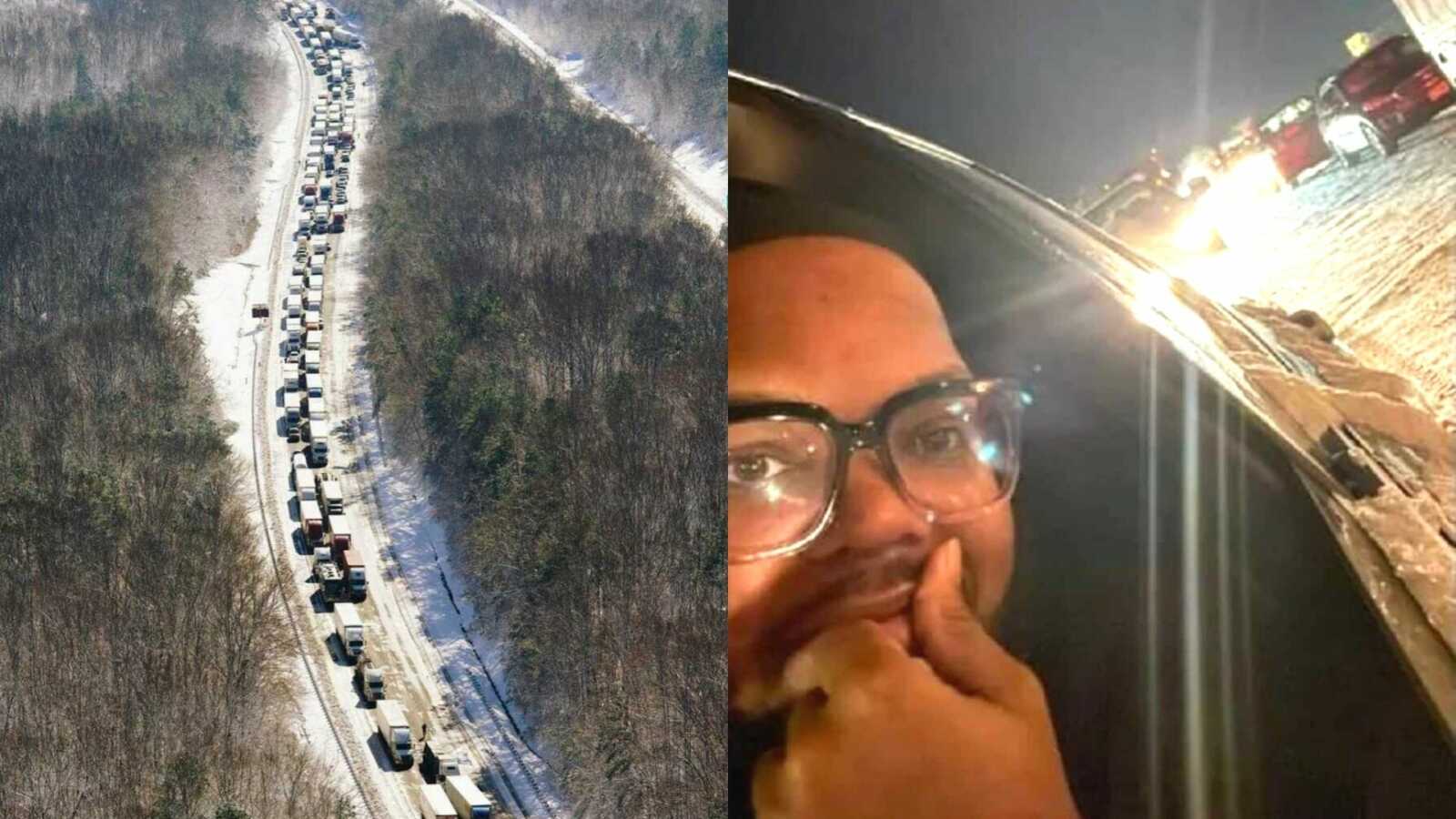 When DaVante Williams set out to drive for Uber for a few hours, the nasty weather didn’t even cross his mind.

He’d worked his day job as a realtor and property manager and then took a long nap. After he woke up, his driver app showed lots of passengers who needed a ride, so he hopped into his new truck and started working. When the fourth passenger of the night asked him to drive her 150 miles from Washington, D.C., to her home in Williamsburg, Virginia, DaVante said yes.

It was after midnight and the teenager was desperate to get home. She’d already tried taking a train, but a derailment canceled her journey. Unfortunately, the 17-year-old had barely settled into DaVante’s truck to make the almost three-hour drive when suddenly traffic on I-95 stopped dead. A combination of heavy snow and frigid temperatures resulted in a massive traffic blockage that trapped thousands of people on the highway. DaVante tried getting off the highway, but road closures forced them back into the traffic almost instantly.

“So, I get back on 95, and in my mind, I’m just saying, ‘Maybe this is a little fender bender. It will be all over shortly,’” DaVante said. “One hour went by, two hours went by…”

Five and a half hours dragged by. Both DaVante and his teen passenger made calls to their family members to tell them what was happening. Thankfully, DaVante keeps snacks and water in his truck, and he kept checking in with her to make sure she was doing OK. Even though she said she was fine, he could tell she was scared.

“She’s telling me she’s OK, but I could hear her on the phone talking to family and friends and I can hear that she’s just exhausted, emotional, and just tired,” he said.

At long last, the traffic started to move again. That’s when the exhausted driver did something extraordinary. Instead of simply dropping the teen off at the first opportunity and going home, he took her to a hotel and rented her a room because she is too young to do so herself. Then, he called her parents to reassure them that she was safe and sound.

“They don’t know me, I don’t know them, and I get it,” DaVante said. “They just want to make sure their child is safe.”

He even offered to drive her to Williamsburg for free once the roads were clear, but eventually a family friend was able to reach her and drive her home. The story might have ended there, but Uber later shared DaVante’s story on Twitter with the caption, “Not all heroes wear capes.”

Not all heroes wear capes ❤️ thank you, Davante! https://t.co/MlvQj3BBWe

Their story went viral. Not only was DaVante reimbursed for the hotel room costs, but he was also offered a new job! He’s been offered a part-time desk job as a “lead driver” for Uber’s Ride Alto, an upscale ride-sourcing service.

No matter how much praise he receives, DaVante maintains that he was just being a good human and looking out for a young person who was far from home.

“I’m happy it was me that was her driver. Any other driver, I’m not sure what would have happened,” he said. “And based on her energy and her presence, I felt I was put there for a reason… to do what I did.”

DaVante said the only thing he’d do differently next time is to check the weather report before heading out! We hope if we’re ever stranded, someone like DaVante is there to help us find our way home.