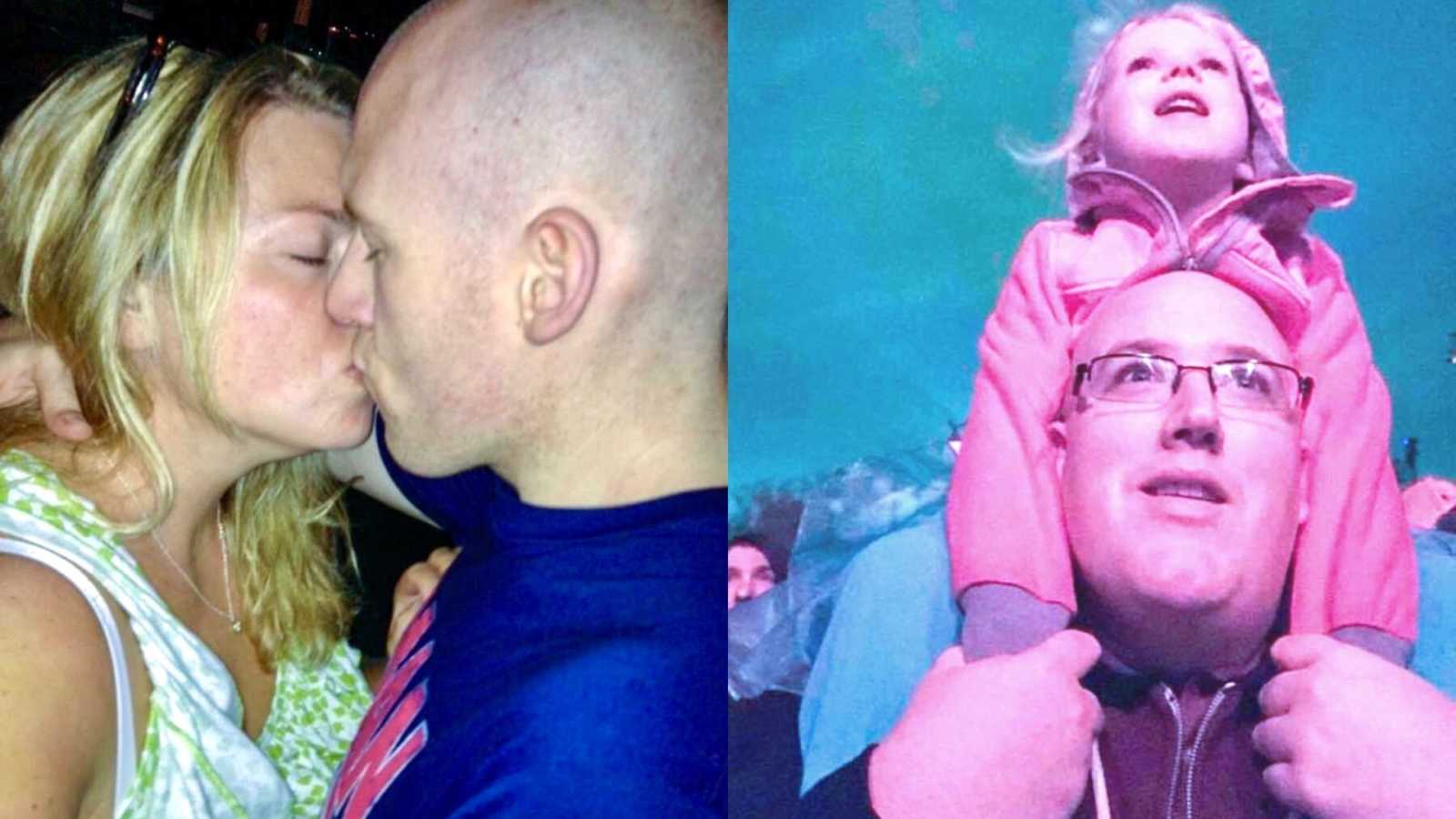 This is a follow up story to Cyndi’s on going grief journey. To read the full back story please click here.

“One year ago was the day our world started crashing down around us. We were in Colorado for treatment, and we found out Matt’s cancer had spread ‘all over.’ We could not fly home. He was dying. They knew he was dying. I knew he was dying. Matt knew he was dying. Our daughter was scared to death. Enterprise rental car gave us a brand new Tahoe to drive from Albuquerque to Alabama. We promised him he could die at home and he did, it just took until August for that to happen.

This is a picture of him in Telluride a few days before we found out. He was so weak but obsessed over seeing it from the top of the mountain. We made that happen for him. He looked at the world with different eyes than we did, probably because he knew how close to heaven he really was.

Driving him home was an out of body experience. I have driven those interstates many times in the past, but never had I driven someone I love home to die. Every mile felt like 100. Every gasp felt like it could have been his last.  He was my protector, and in that moment I couldn’t be his. I couldn’t save him.

Survivor’s guilt is real. I would’ve taken his place if it meant he got to spend the rest of his life with the people who loved him, especially our daughter. I would’ve gone to the ends of the earth to save him. Accepting I couldn’t was impossible, but we drove state to state with him completely dependent on oxygen, and his condition continued to deteriorate. I live with the ‘what ifs’ every day of my life.

At the end of his life, all he longed for was home. He called out to his parents. Then, he started calling out to people who had gone to heaven before him. He started having vivid conversations with his Grampy, who had died when our daughter was just a baby. It was beautiful to watch him talk to his Grampy like he was right there in the room with us but also crushing to know he was preparing to cross over.

I held his hand and counted his breaths. I made him as comfortable as I could. He was in physical pain, and watching him suffer and knowing the cancer was the cause was unbearable. All we wanted to do was fix it, but we couldn’t.

Losing Matt taught me a lot about life, but the biggest lesson it taught me was that all we have is today. It taught me to love hard, tell people you love how you feel about them, hug them big, and always be the last to let go.

Today, as you go through life, remember Matt. Remember his walk and his faith in God and the impact he made on so many lives. He knew his time on earth was limited, and he lived every day like it was his last right up until the very end.

He got to the top of the mountain. The view he has now is unlike anything any of us can ever imagine, and I know he is free of cancer, free of pain, and free in the arms of Jesus.