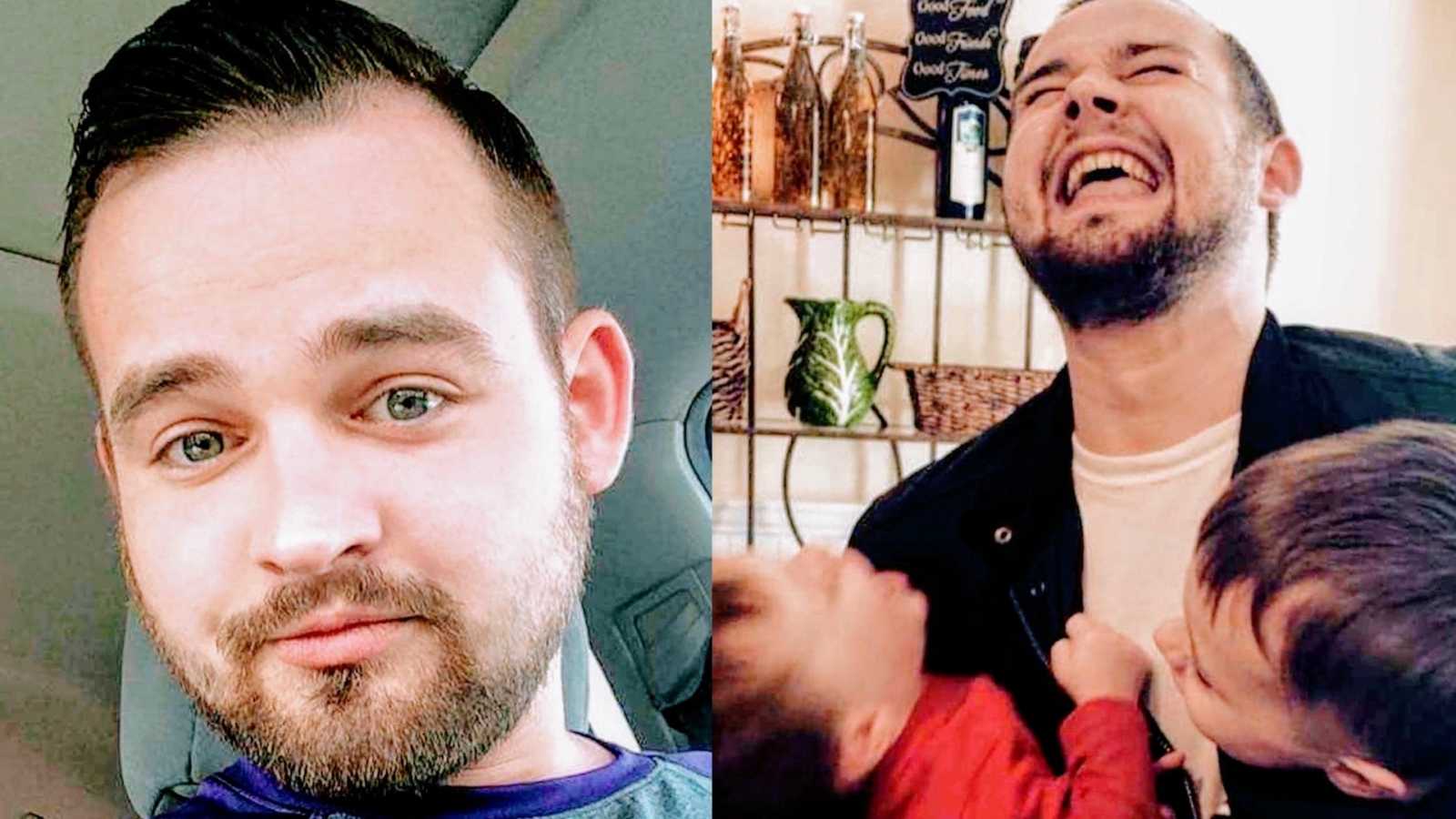 “Sept 13th will mark two years since I lost my little brother to addiction. Andrew Carter was 25. That day he slipped from recovery. He did some coke that was laced with fentanyl and died that night. All this was unbeknownst to me.

That next morning. I was having one of my best mornings as a mom. It was the first time both boys were in school, and preschool all day. I was having an epic mom celebration of going to Starbucks, the grocery store, Sam’s Club and doing other errands in the blissful peace and silent sounds of no kids.

Then it happened. I got a phone call from my mom and sister, telling me my brother was found dead. I was in the check-out line at the grocery store. I was in shock, disbelief and numb. (I always expected I would fall to the floor, wail and cry if I received news like that.) With my phone crooked on my shoulder while I paid the cashier, I uttered ‘What do you mean he’s dead?’.

I became oblivious to everyone around me. I know people were staring at me. I know those around me stopped and paused to listen. Because I didn’t register until later, I didn’t utter those words, I screeched them. My detached body somehow got my groceries in the truck. I later realized a kind lady helped me load them. Somehow on autopilot, I even stopped to get gas. All while calling Nathan out of state and telling him the news. I must have lost it when I hung up, because an elderly man approached me at the pump and asked me if I needed help. I told him I needed my dead brother back. He prayed for me right there.

The first time I went out by myself after, I had a panic attack in the towel aisle of Walmart. My brain irrationally kept telling me I was going to get bad news, because I was out doing errands. That someone else I loved was going to die because I was buying washcloths. I was so sure everyone was just watching me, waiting for that phone call. I realized I needed to figure out how to cope. And to do it fast, since Nathan is on the road most weekdays. I had no other option. I knew I needed to ‘ground myself’ in public. Typically, that mental activity requires complete focus. But I knew I needed to still be able to focus on my tasks. So, I started wearing my earbuds constantly and everywhere.

I played music, and listened to audio books, at a loud enough volume to keep me focused on what was streaming into my ears. While it distracted me enough to ignore the others around me but allow me to keep focused on my tasks. It also deterred people from approaching me in public and engaging me in conversations I was not ready to have. I even started using this method at home to keep myself distracted from dealing with the pain of grief. I’ll be honest, I drove Nathan crazy. Every time he tried to talk to me, he had to repeat himself after I muted my earbuds. He understood why I was doing this. But he also gave me an appropriate amount of time, before he forced me to wean myself from that crutch at home and face my grief. Another way I dealt with that build up, was tattoos. As a teen, I engaged in acts of self-harm, because I didn’t know any other way to deal with my toxic emotions. I simply didn’t know any better. I started getting tattoos at 18.

And I had no idea how therapeutic that cosmetic pain could be. Some people tell you that tattoos become addictive. And for me that’s definitely true. For me that slight temporary pain releases the negativity I’ve held in my body. And the end result is beautiful artwork, instead of a self-inflicted scar. So, I got a tattoo in memory of my brother. It included a wooden spoon from a family joke, and the symbol for recovery. So, others know I am an ally and supporter.

Am I ‘cured’ now? No. I still avoid public interactions when possible. I try to wait until I absolutely have to go run errands, and do them all at once, instead of 1 or 2 a day. I battle being antisocial. Even though I know my friends are safe engagements for me. I will opt to stay home, instead of going out most times. Because well, the general public is typically annoying. And I prefer my dogs, art studio and garden/farm work overcrowded stores and gatherings. But I still go out. I still attend concerts, see friends and engage in social functions. I even perform public speaking and interacting with strangers on a large scale when it’s needed for work. So yes, I’m considered someone that is high functioning with mental illnesses. It just means, not every day is a good day for me.

Knowledge is the most formidable power anyone can yield. And when we better comprehend the situation and actions of others, we can then better proceed in how we treat or engage them. We can more decently treat each other based upon informed data, rather than stigmatized assumptions. So, don’t mock schools or workplaces that provide or lobby for ‘safe places’. These safe places make it possible for some to successfully engage in education. It allows kids and adult victims of abuse to function in society. It allows veterans and others with PTSD, to successfully integrate back into society. Instead of someone becoming introverted, hostile or even violent. You want to stop the cycle; this is how you do it. You want to cease the genetic passing on of trauma to your offspring, this is how you do it. You DON’T push down and suppress your issues. That’s not only toxic for you, but it leaks out and spreads to those around you. We as humans have to constantly and actively engage in healthy mental practices, if we ever want to successfully change the world for better.”

This story was submitted to Love What Matters by Liz Stambaugh, 33, of Baltimore, Maryland. Follow her journey on Instagram here. Submit your own story here and be sure to subscribe to our free email newsletter for our best stories.

‘I’m done helping you, brother. You had kids, and we all thought that would change you. I had no idea. It won’t be me. It won’t be me who funds your final hit.’

‘I prayed for him to be arrested. I didn’t want my brother to be harmed, but I wanted him safe. I wanted him to have a chance. I knew if he ran, it would not end well.’

‘I looked at my little brother, knowing he was gone.’: Man’s letter to friends, dealers of brother who lost his life to drug abuse 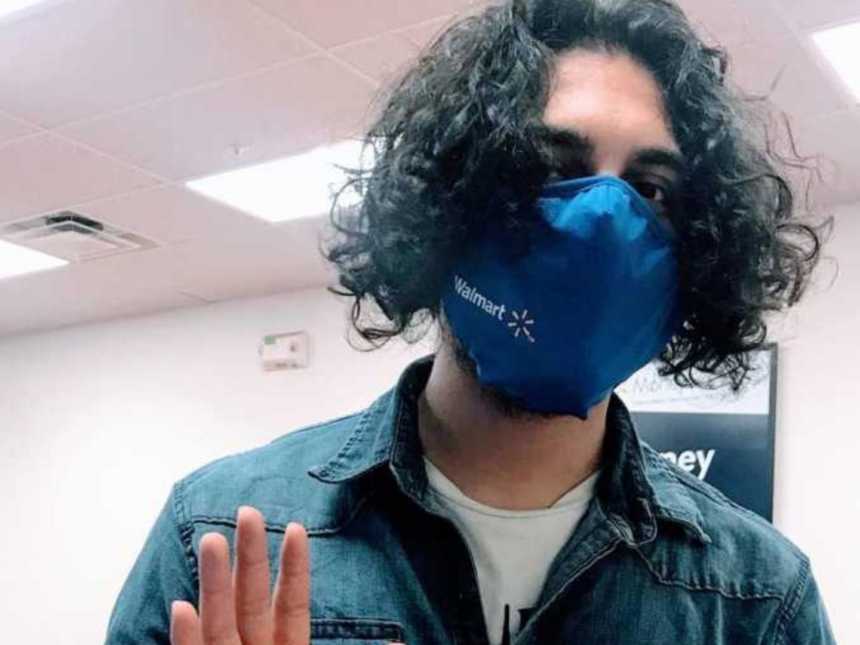