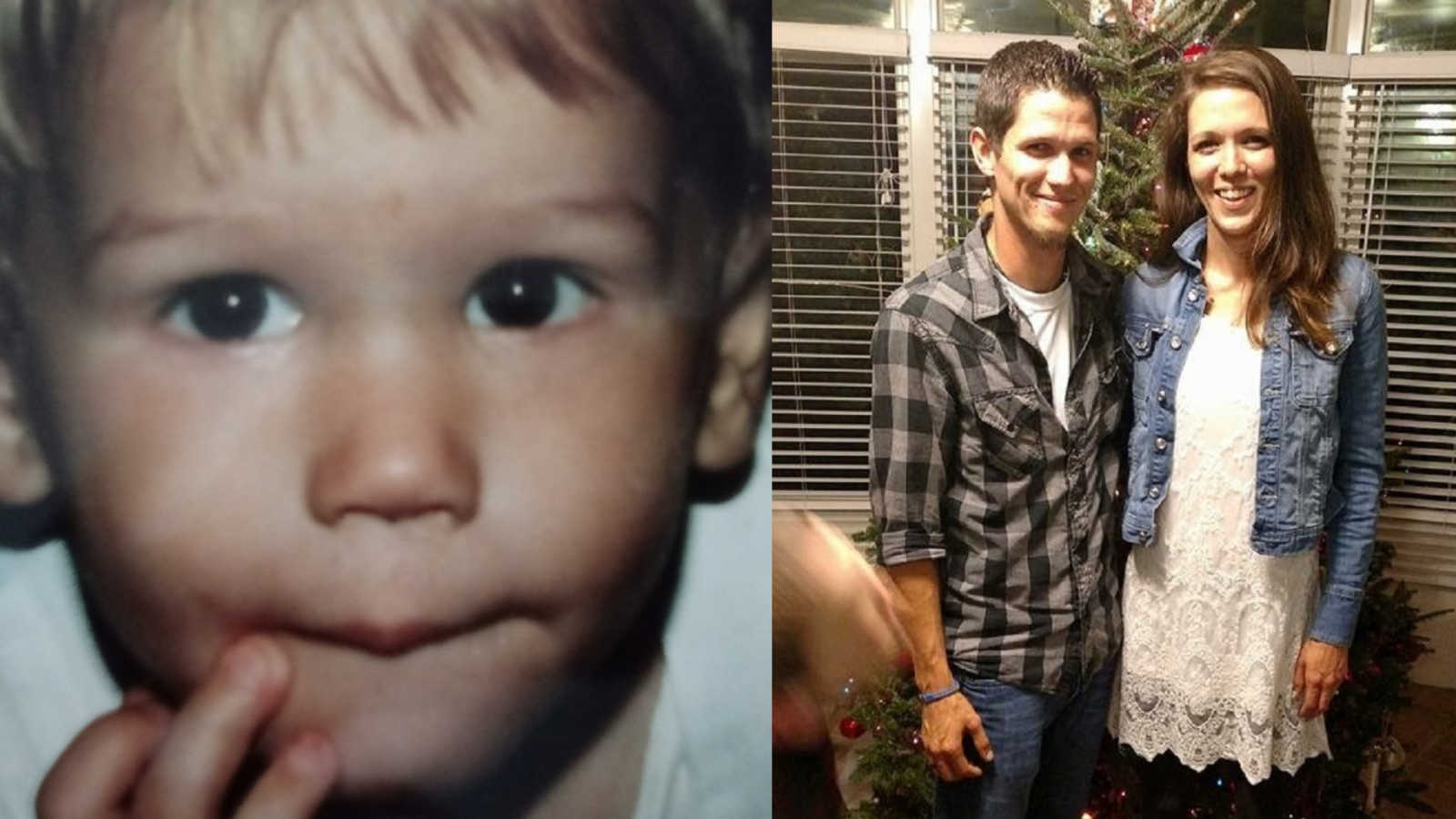 “I have always been told, ‘We are a product of our environment.’ ‘It’s the parent’s fault, they raised them that way!’ ‘They only do what they know and have seen.’

I grew up in various small towns around North Carolina with my two brothers and our on again off again single mother. Our mother battled her demons with alcohol and drugs, which has never been a secret. She battled and stayed sober for 10 whole years, until she wasn’t. We come from a long line of alcoholics and in-denial drug addicts. Guess that means we’re programmed and destined to be just like them, doesn’t it?!

All three of us grew up in the same environment, but not all of us fell prey to the grasp of addiction and the evil chaos that comes with it. How is this possible? How does someone grow up the same as you, but they turn out so different? Don’t get me wrong, I have made bad decisions in my life, but I managed to avoid the life my brothers fell prey to. I have seen the good and pureness of their hearts, but I have also seen the heartache…the darkness.

Several years ago, I got a message from my brother, after shutting him out for 5 years, asking me to take him to a center to receive help. I dropped him off the very next day. He was there for over a year. He was amazing, focused, determined, and driven. He was my little brother again. I decided to move him in with us and give him a job at our company.

For a whole year he did amazingly. He was determined to have a relationship with his son and step up as a manager at our company. After a year and a half of being home, he fell into the dark clasps of his past. We slowly and painfully watched him spiral. We fought, screamed, talked…we literally tried everything. He began coming in later and later, showing up late to work, being hyperactive one moment and sleeping for days the next. We knew, but still tried desperately to save him. Nothing worked.

For a year and a half we watched him fall deeper. I had to kick him out and fire him…my own brother. It broke my heart, but I had a family to think about. I wrote him a public letter hoping he would see. I hoped he would wake up and see what he was doing to himself and his family, the ones that loved him so much. I was hoping he would remember how proud we were of him and find that man again. I hoped he would see how helpless we felt. We exhausted all our energy, and nothing worked.

An open letter to my lost brother:

‘I finally got the courage to empty the room where you once slept…back when you were you. Packing away all the photos you took. The ones of all of us together when we all used to have fun, back before your old life slowly began seeping back in. Reminding me of times when you were so motivated and faith driven. I packed your Bibles away to prevent damage and couldn’t help but think about how that was your life, and now…well now no one knows what your life is. I have finally had time to process the pain. I’ve finally had time to make peace with the decision I had to make for my family. I’ve finally realized the only true way I can help you is by praying and never giving up hope. I’ve finally stopped blaming myself… for the most part.

Drugs are a powerful, nasty and evil thing. They destroy lives, families and cause unseen and unspoken hurt. Drugs caused you to lose everything that truly means anything of absolute importance. I’ve told you for a while that if people aren’t truly in your life to build you up, then they have no business in your life. Then again, you know as well as I do…if you don’t want to be built up, then you won’t. You have family that has loved you and been so proud. You gave all that up. You turned your back on the ones who truly wanted to see you succeed and happy. We’ve lost a brother, uncle, son, and best friend.

I pray you find your path again. I pray you decide you want better for your life than what you have. If not, then know I will always love you because you’re my brother and I know the good within you.

I put this out there because I’m hoping this could be a wake up call for someone else who’s walking the thin line or a wake up call to my brother so he can stop hiding and face what is current reality. Wrong? Maybe, but you never give up hope that it only takes one tiny thing to save a life.’

My brothers have both had quite the lengthy rap sheet. Nothing to be proud of, but nonetheless it’s true. I have grown numb to hearing, ‘he’s been arrested’ or ‘they’re in jail.’ I knew my brother had various tickets for driving without a license, other driving infractions and some drug charges. I also knew the crowd he was running with had several arrest for drugs, theft and various driving infractions. I knew in my heart he wouldn’t go to court and I knew that once he skipped court, he would run.

I have to be honest, it is absolutely INFURIATING. To see someone you love, someone who worked so unbelievably hard to get better, only fall to pieces at such a fast rate. He managed to fall further than he had the first time. How does this keep happening? How can he not see these are choices, and these choices are ruining his life?!

He was recently released on probation, so any violation would land him straight in jail. He was out for a very short period of time. Call it delusional or just careless. He simply didn’t care. The drugs had clouded his judgement. He was caught up in what he felt was real and how he felt it would go. It seemed he thought he was Superman and untouchable. Reality was, the drugs and his careless demeanor caused him to lose his job and places to live. His probation officer made several attempts to find him. Once all attempts failed she violated him. He was arrested in another county on a driving without a license charge and held in jail until he was transferred.

Truth be told, I prayed for him to be arrested. I didn’t want my brother to be harmed, but I wanted him safe. I wanted him to have a chance. I knew if he ran it would not end well. I knew if he stayed on the streets it would not end well. The hard truth is, I prayed I would find out where he was so I could turn him in myself. In my mind, if he was off the streets and away from the like-minded people he was with, maybe he would have a chance to turn his life back around. Maybe.

I have spent countless days, weeks, months and years wondering how and why. I find myself feeling selfish and guilty. Selfish for asking why the addict does not think of how they are affecting us, their loved ones, with their actions. How do they not care about how we feel watching them spiral out of control? How do we end up being the ones they blame? How do they not see that our minds have now been programmed to expect a phone call, and it will be too late to save them?

I have felt guilt, angry, terrified and beyond confused. Guilt, from shutting family out because I could not allow my children to see or feel what I had growing up. I spent 5-8 painful years not speaking to my own mother and brothers because of their detrimental behaviors. Anger, because they didn’t care enough about themselves or their family to make better choices.

I have been terrified they would die not knowing they are truly loved.

So many loved ones, friends, family, and myself anxiously wait, pray, hope and hold onto faith that their choices will change before that phone call comes.

I want to show the other side of addiction. Not the addict, but the ones that carry the burden for them because they aren’t strong enough to do it themselves. I want others to know they don’t have to be a product of their surroundings. There is a choice… there is always a choice. I know I am not the only one who has asked these many questions. I am not the only one who can come out of a life different than we were expected to fall into.

This story was submitted to Love What Matters by Krista S. of North Carolina. Has your loved one struggled with addiction? We’d like to hear your journey. Submit your own story here, and subscribe to our best stories in our free newsletter here.