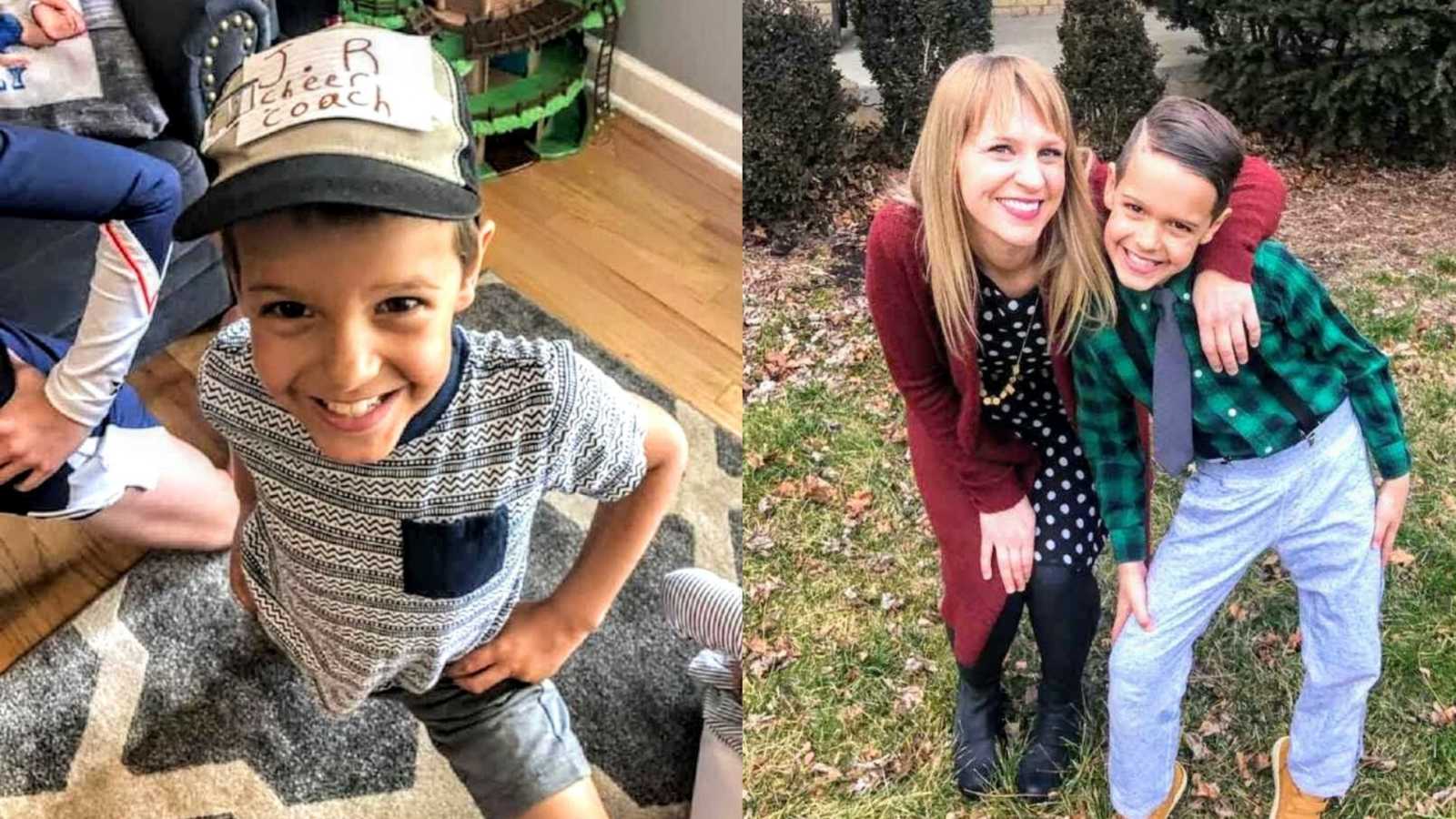 “The other day my son came home and told me all about this game he created. It was this elaborate, imaginative game, complete with make-believe characters and multiple storylines, full of exciting twists and turns along the way. After he explained it all to me, he confessed there was only one problem: he had to play it by himself. He would have loved to share this adventure with someone else but he looked around and couldn’t find anyone there, in a large crowd of children, who he thought would want to play with him.

Another day he came home, reduced to tears after no one wanted to be in a group with him during gym class. Some boys called him slow and the girls all linked arms and told him to look elsewhere. He ended up having to, once again, pair up with the same two ill-mannered, rule-breaking kids in the class because no one wanted to be with them either.

My son is not your typical 9-year-old boy. He isn’t competitive and doesn’t care for sports. He would rather watch a musical than a football game. He would tell you his favorite sport was dance if he trusted you not to laugh. Otherwise, he would say it’s bowling and be prepared to argue the validity of calling bowling a sport. He is sensitive and shy at first. Once you get to know him he is imaginative, witty, clever, and energetic.

He is a rule follower, almost to a fault. The innocent misbehavior and tomfoolery typically associated with ‘boys being boys’ does not apply to him, at least not in a school setting. He would never purposefully break a rule or not follow directions. Not only the rules set by the school but also his own set of rules – like eating his lunch in healthiest to the least healthy order or finishing library books within two days. And I won’t even get started on the subject of punctuality! Let’s just say his need to be on time is constant and profound. Lastly, he would never dream of behaving in a way that could be read as disrespectful or irresponsible while at school. It blows his mind other kids think this type of behavior is acceptable or even funny. I feel the need to insert here this is hilariously ironic if you knew me as a child – I was very much the opposite in a school setting.

His friends are mostly all female, with the exception of two sweet boys he has known for many years. Even with the girls, it’s hard for him to truly fit in lately because, well, he’s a boy! Not because that makes a difference to him but because it does to most girls. They don’t want to discuss ‘girl things’ with him there! And as a boy, he can be super clueless as to what makes girls upset or angry, or to even notice when they are offended! These are all new challenges he is facing as he gets older and it can be hard to navigate exactly how to help him. I want him to be his true self and encourage him to be proud of who he is! I don’t want him to feel like he has to be a watered-down version of himself or anything other than himself. At the same time, I worry about him.

What happens when these third-grade girls become tweens and then teens? Most of them have already traded his company for female companions who they can giggle and do manicures with at sleepovers while talking about fashion, boys, princesses, and unicorns. And, I get it, because girlfriends are the best! But, where will this leave my son? Left out. That’s where, I fear. It is a situation he is getting to know all too well these days. He shouldn’t have to face rejection on a daily basis but here he is. Not ‘boy’ enough for the boys, but obviously not a girl. I can only hope he finds like-minded boys in the future or his female friends grow to accept him. They begin to appreciate the individuality his friendship brings as they mature. They don’t shut him out because he is a boy or eventually outgrow him when they all move past make-believe and imagination.

For the past couple of years, he has been fortunate to have a best friend at school who loves and accepts him as he is. She is the Lizzie McGuire to his Gordo. The Hermoine to his Harry Potter. The Janice to his Damien. The Jessie Spano to his Zach Morris. You get it, she gets him and values him for who he is. She would choose him over anyone else and be ready to fight anyone who was cruel to him if she saw it. We are so blessed to have this little girl in our lives! I do believe one good friend is enough in many ways, but one good friend cannot always be there. Both by reasons out of his control, like different teacher assignments in school, and just because they have different interests and activities. Further, his fear that this girl will change and reject him lingers at the back of his mind. What if she decides girlfriends are more important in middle school? What if she gets a crush on him?! What if she moves away??? So as much as he loves (sorry, C, LIKES) this one amazing friend, he continues to hope for more connections and look for other kids to somehow befriend. The challenge is his shyness and fear of rejection.

He is a different kind of boy, which sadly makes him an easy target for ridicule, bullying, and mockery. When he tells me the things some kids do and say, I can understand why he shies away from being himself. While that breaks my heart, it also angers me it still has to be this way in 2020! My hope for the future is even the most macho, athletic, stud muffins on the varsity team can see boys like my son, appreciate their worth and individuality, and just move on. Or better yet, befriend them. Protect them. Connect with them. Wouldn’t that be a nice future? Where all of our children were secure enough in their own identities that they could just be and let everyone else just be?! Or even better…They could be friends, vulnerable enough to trust one another with their true selves.

It’s not going to happen anytime soon without our help. We have to be the kind of parents who stop telling our kids which colors, toys, music, and after school activities are for girls and which are for boys. In today’s modern world, there are many acceptable ways to be a girl. A girl who hangs with the guys and kills it on the basketball court is a bad*ss. It shouldn’t be any different for boys. It’s okay for boys to do ballet, not just because it’s great conditioning for football in the off-season, but because there is worth and value in male dancers. It’s okay for boys to sing, act, and create art. Not only in addition to sports to help well-round them but as an equally worthy pastime! Challenging these gender stereotypes and broadening our definition of masculinity cannot be just a nice idea, it has to be a necessity! We have to be accepting of all people and model kindness in our words and actions. We can help our kids see even when our differences may be so glaringly obvious, everyone can connect on some level. Find those similarities and appreciate the differences, learn and grow from one another, and support one another. When differences may at first appear foreign and hard to understand, we need to try and refrain from criticism and judgment.

For now, my son will keep suppressing his love of show-tunes while in public. He’ll keep his head down while he walks past certain kids for fear they will mock him, or worse. He will continue to try to fit in with the girls, fingers crossed they don’t shoo him away. My wish for him is one day he can walk the halls confidently, humming the latest Broadway hit and high-fiving the quarterback as he passes him on his way to show choir practice. I pray he will grow up to be strong and confident in who he is and feel accepted amongst all walks of life because he will live in a world where all kinds are valued. After all, no matter our differences, we are all human.”

This story was submitted to Love What Matters by Sarah R. Submit your own story here and be sure to subscribe to our free email newsletter for our best stories, and YouTube for our best videos.

‘If it makes you happy.’ My son begged to wear a dress. In our house, kids explore who they are, no restrictions.’: Mom embraces ‘atypical’ son, ‘kids deserve to be happy and free’

“No business as usual. Because this is NOT usual.” 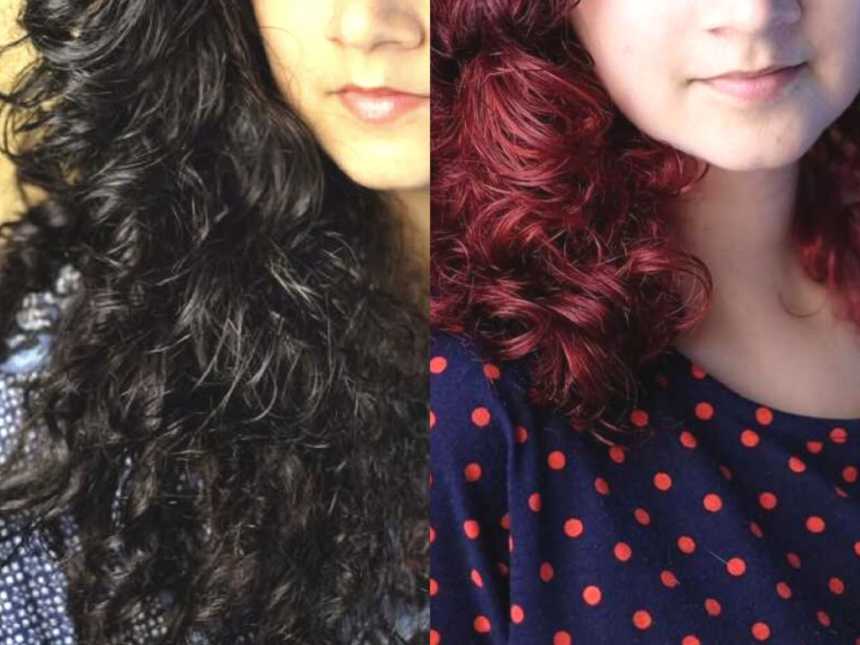 ‘My mother aggressively combed my curls with a plastic fine-toothed comb. It was painful. If I protested or uttered a sound, Mother would punch me on the head and rake the comb harder.’: Young woman survives narcissistic abusive mom

“The comb would make a dry, raking noise. Clumps of hair were ripped off my scalp. I tried not to react. If I winced of moved, Mother would just do it harder. She was careful to only do it behind closed doors.”

‘The neurosurgeon apologized profusely, looked me in the eye and said, ‘You were right.’ She was walking all night, screaming bloody murder.’: Mom of chronically ill child urges parents ‘if you feel something is wrong, it probably is’

“During the day, she was completely normal. But at night she would pull out her hair and headbutt her bedroom wall in her sleep, begging me to ‘make it stop.’ She was deteriorating. I had to fight for answers. I had to beg for care for my very complex child. My gut was telling me something was being missed.”