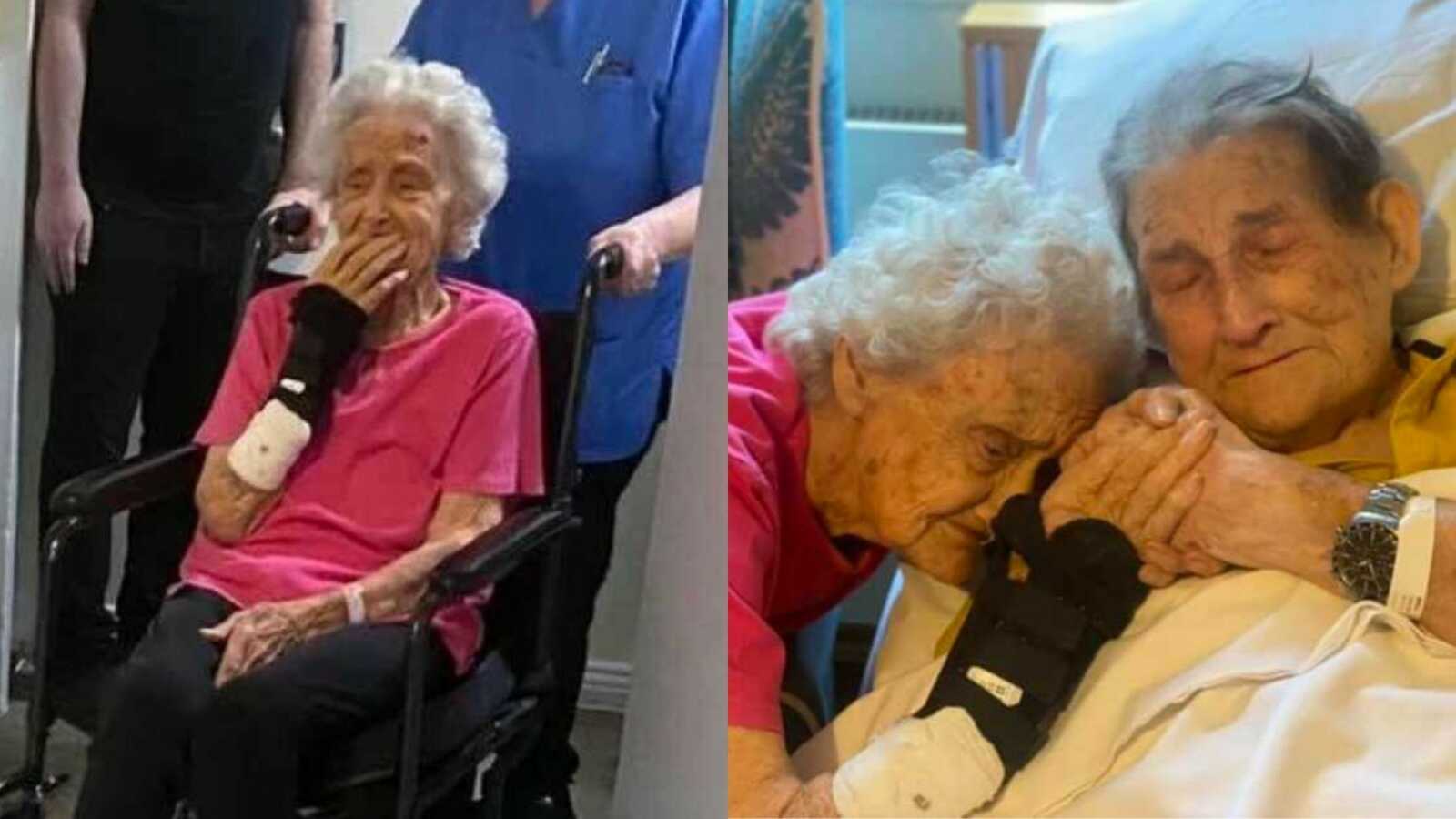 COVID-19 restrictions have been tough on all of us, but they’ve been especially hard on our older neighbors.

George and Joyce Bell are high school sweethearts who have been married for 66 years. They’ve lived in the same little house in northeast England for decades, and they’ve seldom spent a night apart. All that changed when they both suffered falls and had to check into a rehabilitation facility.

George, who is 89, was the first to check into the hospital, and Joyce, who is 87, followed soon after when she broke her hip. Once they were in rehab, they couldn’t see each other because of COVID safety protocols, so they spent an agonizing 100 days apart.

At long last, Joyce was discharged to Tollesby Hall Care Home in Middlesbrough, England, and the couple was reunited! Administrator Rachel White said the moment when the lovebirds met up in George’s room had their entire team in tears.

“Everyone was crying in the room,” Rachel said. “Most of the staff present had to excuse themselves out of the room because it was really, really emotional to be a part of it.”

Rachel said the love between George and Joyce was palpable the moment they saw one another. “When they were brought together you could see straight away just how much they were so in love with each other, even after 66 years together. It really moved all of our staff.”

“I can’t tell you how nice it was,” Joyce told the Daily Mail later. “I told him I’d always be there for him, no matter what. He held me tight and said he’d never leave me again for the rest of his life.”

The happy couple is now seeing each other every day, but they are still sleeping in separate rooms for now. Something tells us that arrangement won’t last long now that they’re out of the woods! There’s nothing in the world that can keep these lovebirds apart.

‘God sent me an angel!’: 96-year-old demands to speak to sheriff for sweetest reason

‘Forever, that’s how long I’ll be in love with you.’: Man serenades wife with original love song in middle of restaurant