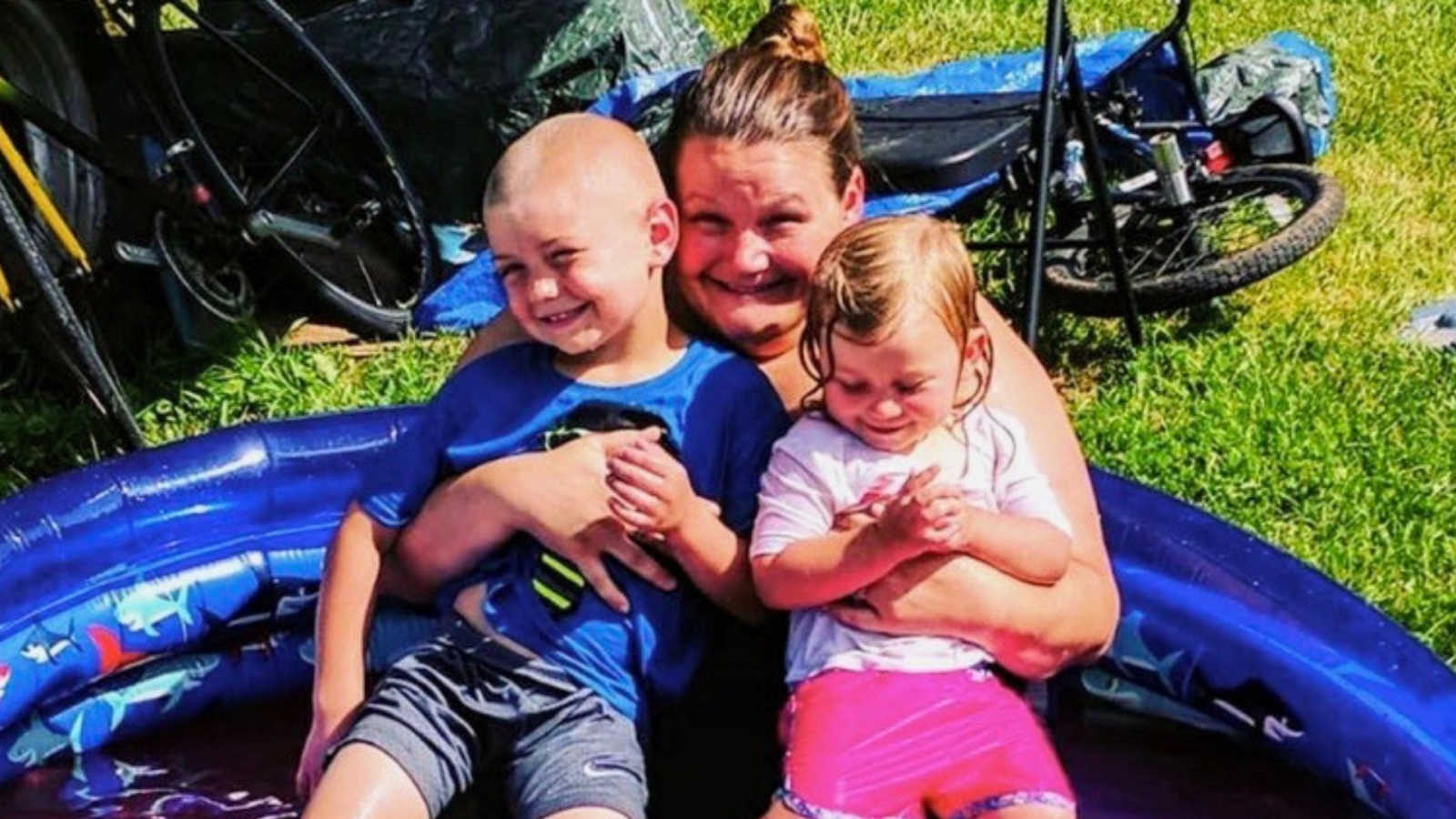 “Our son received his first diagnoses three summers ago. Since then, four more have been added to his laundry list of what teachers and therapists would deem ‘special needs’. Our rambunctious little ball of energy began showing signs that his dad and I, with a combined 20+ years of experience educating and caring for the special needs population, knew were red flags.

He is almost seven years old now, but we spent the better part of the ages of 2 to almost 5 pleading with specialists and doctors who refused to even evaluate a child that young. But we already knew.

Our days were filled with unarticulated emotions, explosions of frustration, radically aggressive meltdowns, and what eventually graduated to having to restrain to prevent self-harm or harm to others. More than parenting the average defiant toddler or adolescent, we were exhausted each day from the weight of feeling that all we did was spend 90% of our words saying, ‘No,’ ‘Don’t do that,’ ‘Get down from there,’ and ‘Please stop. That is dangerous.’

We had been to therapists, specialists, OTs, play and talk therapy sessions, natural remedy healers, and finally decided to medicate our son. But what stuck out to us was that he was hearing infinitely more negative talk from us, his parents—the two people who should be his greatest cheerleaders—than he was hearing positive reinforcement, encouragement, and praise.

This revelation was no surprise to us. We’d felt the weight of correction for years, but we’d been unable to remedy how to redirect our son’s behaviors, teach him discipline, and keep him safe while balancing the parental desire to lift him up and make sure he knew we believed he could do anything.

Last August, after over a year of research supporting the idea of simplification and minimalism as a means to address sensory overload for children with needs similar to our son’s, our family sold our 15 acre farm, gave away over 80% of our belongings, and moved into a 36ft gooseneck tiny home. The drastic reduction in clothes, décor, toys, and just ‘stuff’ has, in the last year, made such a positive impact on our son’s ability to manage his surroundings and to thrive in his daily environment.

The move to downsize has taught us many lessons, but this summer’s perspective change came as both a surprise and a true gift to our family. Having such small expenses allows us to be a one income household so we can Roadschool our two kids. Since I am a teacher outside of the home, we would have the summer off together as a family of four for the first time ever.

With a road trip hauling our house planned as I travel and speak to audiences about educating teachers and leaders about developing strategies to teach difficult learners and to tiny house audiences about downsizing and minimalism, we knew it would be a summer like no other.

Our son’s specialist had suggested years before that we choose two or three behaviors, he did regularly that we felt required behavioral interference and redirection. That meant that anything besides those two or three behaviors, barring the dangerous, we would not say a word. Nothing. No emotion. No huffing and puffing in a silent attempt to convey our frustration. Silence.

Since making this promise to ourselves and discussing the boundaries and expectations with our son, the summer of ‘Yes’ has completely changed our perspective on parenting an extreme child.

However, our days are no longer spent waking up dreading what the day might bring and impatiently waiting for bedtime so we could have a couple of hours where we didn’t feel scared or insanely frustrated or painfully isolated from the rest of the world that just never seemed to ‘get’ us or our son.

Instead of avoiding certain opportunities like a festival or a park because, what if he has a meltdown in public? Or always taking the drive through instead of dining in since sometimes he struggles when waiting, we say ‘Yes’, and it has been incredible. Our son feels more encouraged and less restricted. It is empowering him to take control over his own actions.

The first six weeks of this summer we have been on road trips, dressed like cows at Chick fil A, visited splash pads, gone to birthday parties, enjoyed picnics at the park, gone putt-putting, and much more. These are activities we have avoided in the past because we know our son and many times it feels easier to avoid the potentially disastrous meltdown than risk it and have to pick up the pieces after what feels like the inevitable.

Understand that he still gets overstimulated. He still struggles to articulate his feelings and emotions. And we are still strategizing and adjusting during meltdowns. These are brain disorders, not curing the common cold.

But now—now that we say ‘Yes’ so much more often—we are having fun. You guys, actually enjoying our son feels like a dream! Yes, he still needs more than the neuro-typical child, but he doesn’t need me to hover over him, protecting him from every potential disaster. He doesn’t need his dad to redirect his every backtalk slip up. Ignoring these small behaviors has freed up our anxiety and exhaustion and replaced it with our ability to see our son as capable of problem solving and learning to redirect himself.

Sometimes parenting feels like a broken record of ‘No,’ ‘Not right now,’ and ‘Stop that’s’ but it doesn’t have to be. Parents, we have a choice in this dance of raising our extreme children, just as much as our kids do. Try saying yes. It could change everything!”

‘Were you bit by a mosquito during pregnancy?’ The doctor said, ‘I’m having a hard time finding the baby’s head.’: Mom births miracle baby with microcephaly, ‘He brings us endless joy!’

“Every diaper I got to change came with so much excitement. Every feeding was so special to me. But secretly, I was still scared. My heart was attached, but my mind knew to keep a distance, just in case. And then I felt it. ‘This baby isn’t going anywhere.’”

‘Something awful has happened. We need to find Becca.’ I felt it in my bones. She was reaching out to me.’: Mom loses daughter to tragic flood accident

“Around 4 p.m., I texted Becca to see if she was on her way. No reply. No big deal. At exactly 4:30, something changed. ‘I am sending someone to find you if you don’t call me back.’ It was as if every cell, idea, known fact in the universe shifted for me. It wasn’t of this world.”

‘You’re going to regret this.’ Getting married at 19 was not trendy. But I’ve never been more sure.’: High school sweethearts marry despite harsh criticism, ‘I grew up and am growing old with my best friend’

“I still pray every time he walks out that door that he’ll walk back in. The sound of Velcro waking me up at 4 a.m. has become my favorite sound. I’m a ‘leo’ wife. I’ve cried to him, ‘It’s hard to send you out that door, to protect people who want to harm you.’ But it’s so much more than an adrenaline rush for him. This man is my strength through the struggles. We’re not just growing old together; we’re growing up together.”

‘The doctor blinked at my lab results and said, ‘Go lose some weight.’ I knew in my gut something else was wrong.’: New mom with bone marrow cancer misdiagnosed with obesity

“I was familiar with this move by medical professionals. The old ‘lose weight’ diagnosis. She asked me a question about breastfeeding and literally didn’t even listen to the answer. She responded as though I said the exact opposite thing. Not listening. Not present. ‘Yes. Go lose some weight. Then come see me again in 4 months.’ I had all the warning signs.”