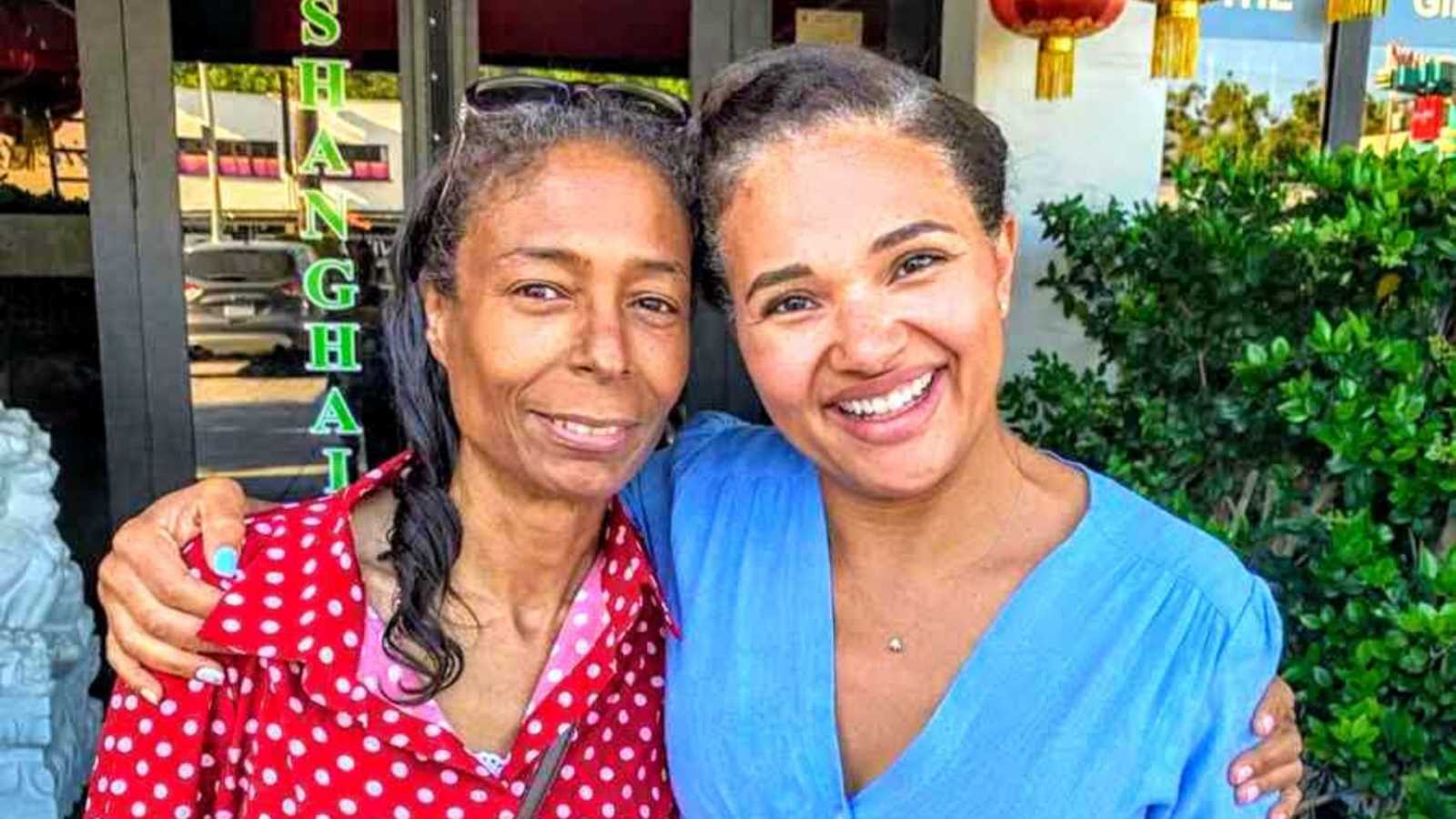 “I have wanted to be a wife and mother for as long as I can remember. Growing up, I spent a lot of time fantasizing about the man I was going marry, the kids we were going to have, and the life we would share together. My mother always swore I was going to end up marrying an older man but I never thought I would eventually marry a man 16 years my senior, with four kids and an ex-wife. I mean, who would ever dream up that kind of scenario for their fantasy life? Never in a million years would I have believed that one day that ex-wife would come to live with us and become an important part of our everyday life as a family.

You can probably guess that many people struggle to wrap their heads around the fact that my husband, myself, and his ex-wife, Tracey, are living under the same roof. When I explain our living situation or introduce her to someone, people often blurt out, ‘How did that happen?’ and it’s really quite amusing. But once people get to know more about me and better understand our family dynamics, they can then understand how this makes sense for us.

My parents divorced when I was 12 years old. With what I understood about divorce, I was afraid of what all this would mean for my sister, brother, and I. But despite my parent’s hurt and anger towards each other, they worked really hard to ensure it affected me and my siblings as little as possible. My father moved to our first family home, which was only a bike ride away from where my siblings and I lived with our mom. We stayed with my dad on the weekends, but our daily lives pretty much remained the same. My mom dropped us off at school everyday and my father continued to pick us. He would drive us home and check in with us about homework or projects. My father would still come over sometimes for a family meal, we shared holidays, and both of my parents showed up to all our events to support us.

All things considered, our new family structure worked pretty smoothly until my father remarried. By that time, I had graduated high school and moved to another city but it was clear that the addition of his new wife threw quite a wrench into what we had established together as a family after the divorce. As a child of divorce, it is never easy to navigate the relationship between divorced parents. And when a second wife or husband is added to that equation, it can often lead to further complications and miscommunicatiom. And in truth, it’s often the kids that find themselves making the accommodations for the decisions the adults made.

My parents’ divorce taught me that it was possible to act with love and respect even in the midst of a difficult and uncomfortable situation. But I also came to understand that when I married my husband, his ex-wife and children came along as part of a package deal. As a stepmom, I never wanted to be the person to drive a wedge in between any of them. I accepted and respected the fact that there was never going to be a time where Tracey was not a part of the picture. And the easier we could all make it on each other, the better for everyone especially the kids. Little did I know how far we could take it.

When I met my husband, neither one of us had any intention of being in a serious relationship. He was a father of four with a soon to be ex-wife, and I was young and just getting started on my adult life.

About the only thing we had in common was that we both were looking to have some fun. Well, that fun turned into me meeting his kids a year later and moving to Los Angeles with him. A couple of years later, I met his ex-wife Tracey and finally married him 6 years later. From day one, Tracey has been open and respectful with me, even when times may have been a little rough. She always gave me the space to establish my own relationships with her four children and I tried my best to support her in any way she needed. Over the years, and with me having children of my own, our relationship grew closer and more supportive. I gained a greater understanding of my role as the stepmom.

But most people wonder how the heck did we go from getting along in separate households to living under the same roof? My husband’s ex-wife coming to live with us wasn’t exactly planned. It started out as a temporary situation while she and her daughters transitioned out of an apartment. Although we have gotten along fairly well over the years, I have to admit I was quite worried about how us living under the same roof would play out. But as we began to settle into this new living situation, things seemed to slowly morph into an ideal living arrangement for everyone involved. At the point that she came to live with us, my husband was working in Canada and we had just unexpectedly received custody of our oldest child due to a family emergency. Tracey’s kids were all adults and the three girls had just decided to move out on their own. Not long after that, I discovered I was pregnant with our 4th child.

I was feeling overwhelmed and isolated, and she was a homemaker for almost 30 years and faced with being an empty nester. Little did we know that we were becoming each other’s greatest allies. She was there for me in ways I didn’t even know I needed because she just got it–from cooking meals for the family to just being a sane, rational adult I could interact with. She knew exactly what it felt like to be in my shoes and she so graciously stepped in and supported me. And she also felt supported.

At the end of the day, we have eight kids between us, the four younger ones living under the same roof with us. My husband is an actor and often travels for work with little warning or preparation time and when he isn’t traveling, he still works long and unpredictable hours. Tracey and I both preferred to be full-time stay-at-home moms and the crazy schedule that comes with being married to an actor makes it difficult to keep a fulltime nanny because we often don’t need their services. And we both prefer to stick to family and close loved ones when it comes to any additional support we may need with children. So the answer for us was to become each other’s support system.

When it comes down to it, we see ourselves as one large family. Holidays, birthdays, celebrations, life events, and even everyday life–we do this family thing together as one unit! There is no her and us. It is always we. Call it extended family, blended family, or whatever you want. What matters most is that we have each other’s back.

Tracey has demonstrated an incredible level of respect and acceptance towards me and I have the utmost respect and appreciation for her. My kids adore her and she treats them as her own and they even refer to her as ‘ex-mom,’ which we think is rather hilarious. And I got pretty lucky when it comes to my awesome stepkids. We have been a tremendous support system for each other over the years, and we have come to jokingly refer to each other as ‘sister-wife.’ And at this point, I don’t know that either one of us would have it any other way.”

‘Well, if you’re not my daughter-in-law anymore, then from now on you’re my daughter.’: Couple choose to peacefully co-parent after divorce, ‘the kids first, ego last formula has been so worth it’

‘I invited my husband’s ex-wife to my wedding. In our family, we’re not ‘half’ or ‘step.’ We’re just family.’: Mom and stepmom come together to peacefully co-parent after feud, ‘women should always support each other’