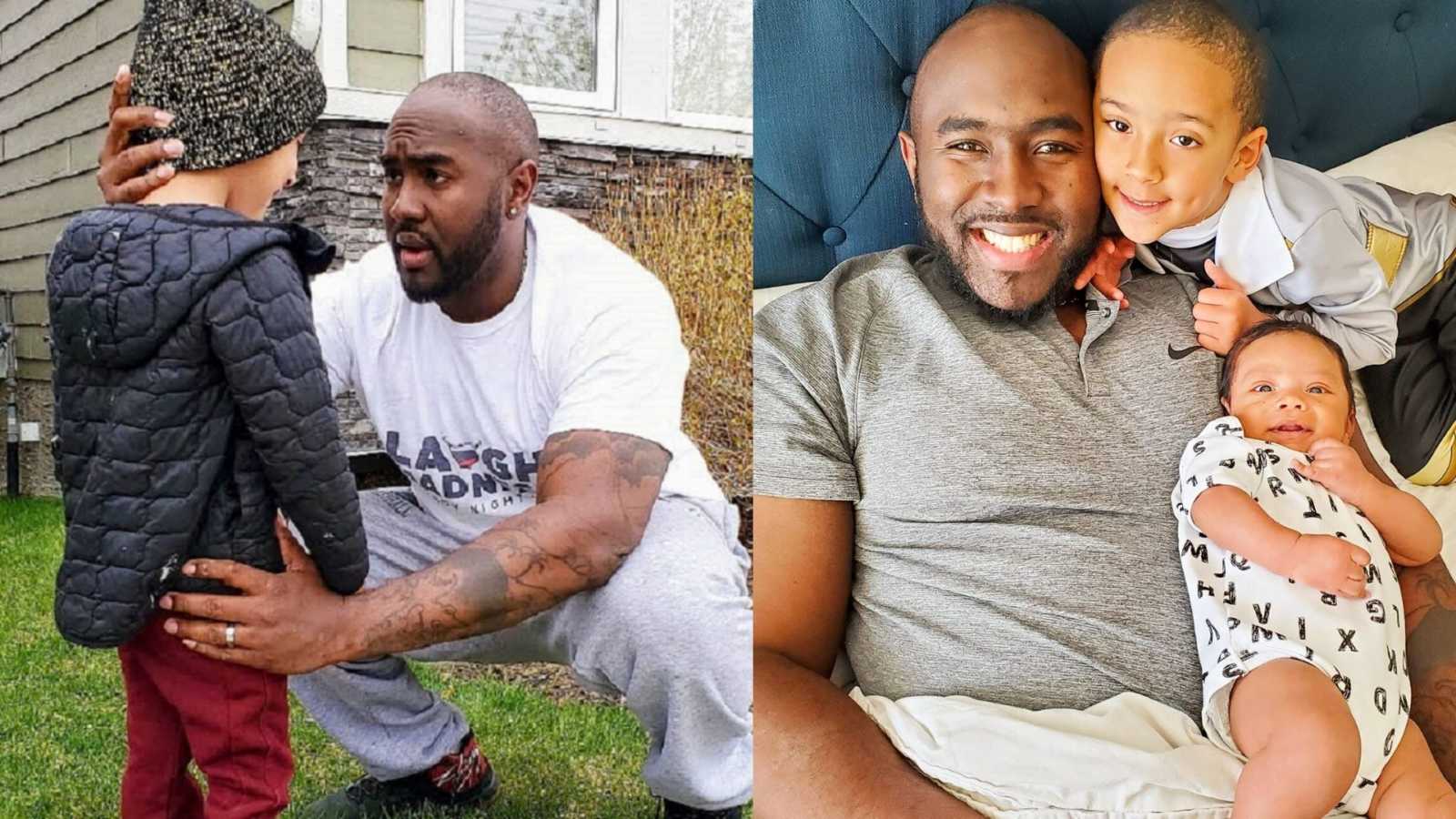 “I know this will probably be controversial, but over the years, I’ve outgrown the many learnings that were programmed into my thoughts as a child. As a straight man, I can foresee the hate, but I will stand strong on my decision to break generational curses. If I’m going to inspire change, I know that I have to start with myself. These are my beliefs.

I welcome no hate or judgment; only love and support. I’m just proud of my growth and no one is going to direct me backwards. This is so important to me because I’m now a father of 2 boys, and I want to introduce them to a world of acceptance and love for all. I want my children to be raised in a household where homophobia will never be tolerated. I vowed that my boys will not be raised how I was raised.

Before accepting a sports scholarship to play college basketball in America, I was born and raised on a Caribbean island up until I was 18 years old. Growing up in Saint Lucia, every Sunday, I attended service at a Roman Catholic Church near my home. Even then, I was taught that only women and men are meant to be in holy matrimony, and same sex marriage is a sin. It was written, so they said there should be no other way.

I’ve been conflicted ever since; it didn’t make any sense to me. Because love should be encouraged, not hate. We should accept the things that we cannot change. We must love thy neighbour as thyself. Aren’t we demonstrating hypocrisy, if we act like one sin is greater than the other? Love is supposed to be a beautiful thing. But after all, who are we to judge?

Now, when I say, I was raised to be homophobic, I mainly speak of the impact that society had on my thought process. I was young and accepted their truth as if it was my truth. It didn’t matter what I thought was right or wrong. I remembered having to distance myself from certain groups in order to fit in and to sustain a ‘normal’ childhood. I saw how poorly the gays were being treated and we were conditioned to believe that our insults and behaviors were justified. We were never taught how to love what wasn’t customary to us, instead, we literally took away the pride of gay little boys.

If there were any suspicions of someone being gay and you were openly friends with them, do you know what they would do to you? Do you know the emotional, physical abuse, and psychological trauma we would live with? I’ve seen with my own two eyes how gay little boys were almost beaten to death. They had to live a life of lies just to get by or forcibly learned to be someone who they were never meant to be. I still have friends who have to flee certain environments due to death threats.

Looking back, I wish I knew better. I wish I had the courage to react in a way where lesbians and gays would feel safe and feel supported. I wish I was informed to speak up when I had to. I wish we lived in a world where we are more accepting of other’s views despite background or religion. I wish I could have been friends with anyone in spite of their sexual orientation. I wish love was always the answer.

Then, there is Christianity and law-makers that tend to define the true model of the ideal family structure. But, today, I no longer have to allow anyone to undermine who I’ve become. I am a better man and lover for all. God taught me to love everyone and I will do just that. I want to be the parent who my children will not be afraid to approach when life becomes confusing. We are even more blessed that my wife shares the same sentiments.

As a straight man, I will never understand what the LGBTQ+ community has to go through, but I hope my story can inspire some change, in some way. I know there are still people trapped in a life that they never chose. And if you’ve lost respect for me based on the things I was raised to think growing up, I’m sorry, but I will never be sorry. I choose LOVE for all.”

This story was submitted to Love What Matters by Arnold Henry. You can follow his family’s journey on Instagram. Do you have a similar experience? We’d like to hear your important journey. Submit your own story here, and be sure to subscribe to our free email newsletter for our best stories.

‘Babe, are you serious?’ My wife’s body was shaking. She nodded, in tears. ‘You’re pregnant? Oh my Gosh!’: Father brought to tears after learning wife is pregnant 3 years after loss of twins