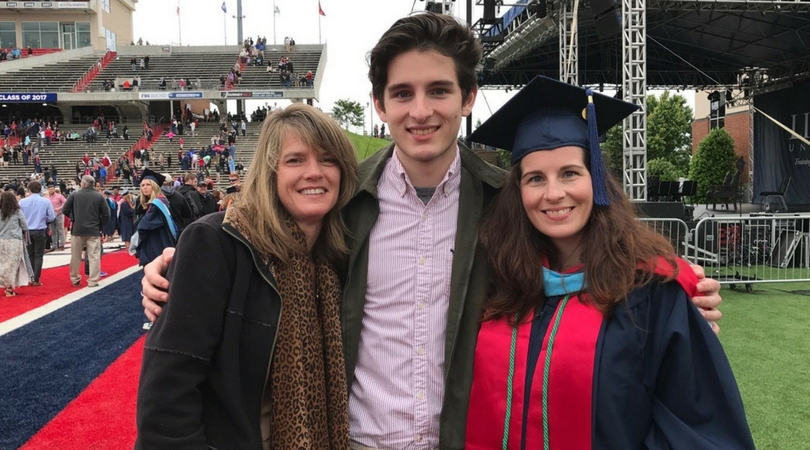 “In my junior year of high school, I unexpectedly became pregnant. I was 17 years old and clueless about my own existence in this world. I was raised in a low-class section of town, living on my mom’s disability and government assistance and often moving around to stay with different relatives because we couldn’t afford a place of our own. When I told my mom that I was pregnant, she congratulated me, but I felt the world fall beneath my feet. I was devastated at the thought of bringing up a child in the same conditions in which I was raised. I shuddered at the thought of being a statistic and of having my child become a statistic as well. I knew I had to ensure my baby would have the best life I could give him, which is why I chose to place my son up for adoption.

In this decision, I found a sense of relief. Not because I would be able to explore my own wishes and desires, nor because I would be free of any burden. Instead, I felt relief because I realized by allowing someone to adopt my son, he would have a greater chance of pursuing his own wishes and desires, and he would be able to do so without the burdens of a reckless teenage mother. His path would be free of obstacles that were no fault of his own. The only thing I sought at that point in life was for my son to be able to have a chance at living the most rewarding and promising life that he could.

My mom resisted my decision, promising me that she would be there to support me in my endeavors. She insistently assured me that my son would be cared for in a nurturing and loving family. Regardless of the strength behind her promises, I knew that my son would be born into a family that was plagued by individuals that suffered from addiction, indulged in selfish manipulation, and engaged in criminal activity. To further promote their own agenda, my family ensured that I was aware of how regretful my actions would be, filling my thoughts with constant guilt and contemplation about my choice. I believe they honestly thought that they would be, through me, the best role models for my son. In the end, I trusted my own intuition and followed through with my decision.

Near the end of my pregnancy, I came across a couple that seemingly possessed the qualities I was looking for in adoptive parents. Through networking and communications with friends, I met Kara and her husband, Dave. From the moment I met them, I had the utmost faith and confidence in them. More importantly, I felt security for my son to become their son. To further solidify my feelings, Kara and Dave’s adoption plans matched my own, which is to say they also sought an open adoption. Kara and I spoke quite often prior to me giving birth, discussing the necessary details of the situation to be. Unlike closed adoptions, which usually entail no communication or contact, an open adoption is one in which both parties come to various agreements about communication and visitation with the adopted child. Kara and I asked numerous questions of one another, made small requests, and hashed out any potential obstacles that might have circumvented the success of the adoption. With the plan in place, it all became a matter of waiting for the baby to arrive.

On the day I went into labor, Kara and Dave began traveling from out of state to welcome their son into the world. It would be presumptuous to assume that their anxiousness and anticipation of meeting their baby boy was any less significant than my own anxiety. Following the birth, I spent two days in the hospital with this little boy. I nursed him and I sang to him. I kissed his chubby cheeks and I breathed in his sweet baby scent for as long as I could. On the day that we were to be released, Kara and Dave came into the hospital room as I was collecting my things. I snuggled my swaddled baby one last time and I kissed him goodbye before placing him in the longing arms of his Mother, Kara.

Then, I cried. I cried on the way home and I cried myself to sleep. As time went by, the tears slowed down. But, sometimes I still cry, in fact, I’m crying as I write this. That doesn’t mean I regret my decision. It means that I chose to give up my opportunity to be a mother to this child because my love for him far exceeded any pain that I may feel along the way. My decision wasn’t easy, but it was the right one for him.

That was almost 18 years ago. Since that day, Kara has allowed me to participate in her son’s life. She has facilitated visits and phone calls and she’s sent me countless pictures of his special moments. Through the years, we’ve laughed and we’ve cried. Our doors have always been open to one another. She calls when she has questions about family history and I call when I have questions about his future. I can’t imagine how difficult it is for Kara to continuously put herself out there and to be completely vulnerable and open, but I appreciate every ounce of their lives that she so selflessly allows me to share. In the end, we both want what’s best for him, and so together we make it work. We have always been open about our situation. We gain perspective and answer questions from both sides. We love him, we always have, and we always will.

This picture is from my recent graduation from Liberty University, where I received my Master’s degree. I was fortunate enough to be accompanied by two of the most important people in my life.”

This story was submitted to Love What Matters byPatricia Cooper. Submit your story here, and subscribe to our best love stories here.