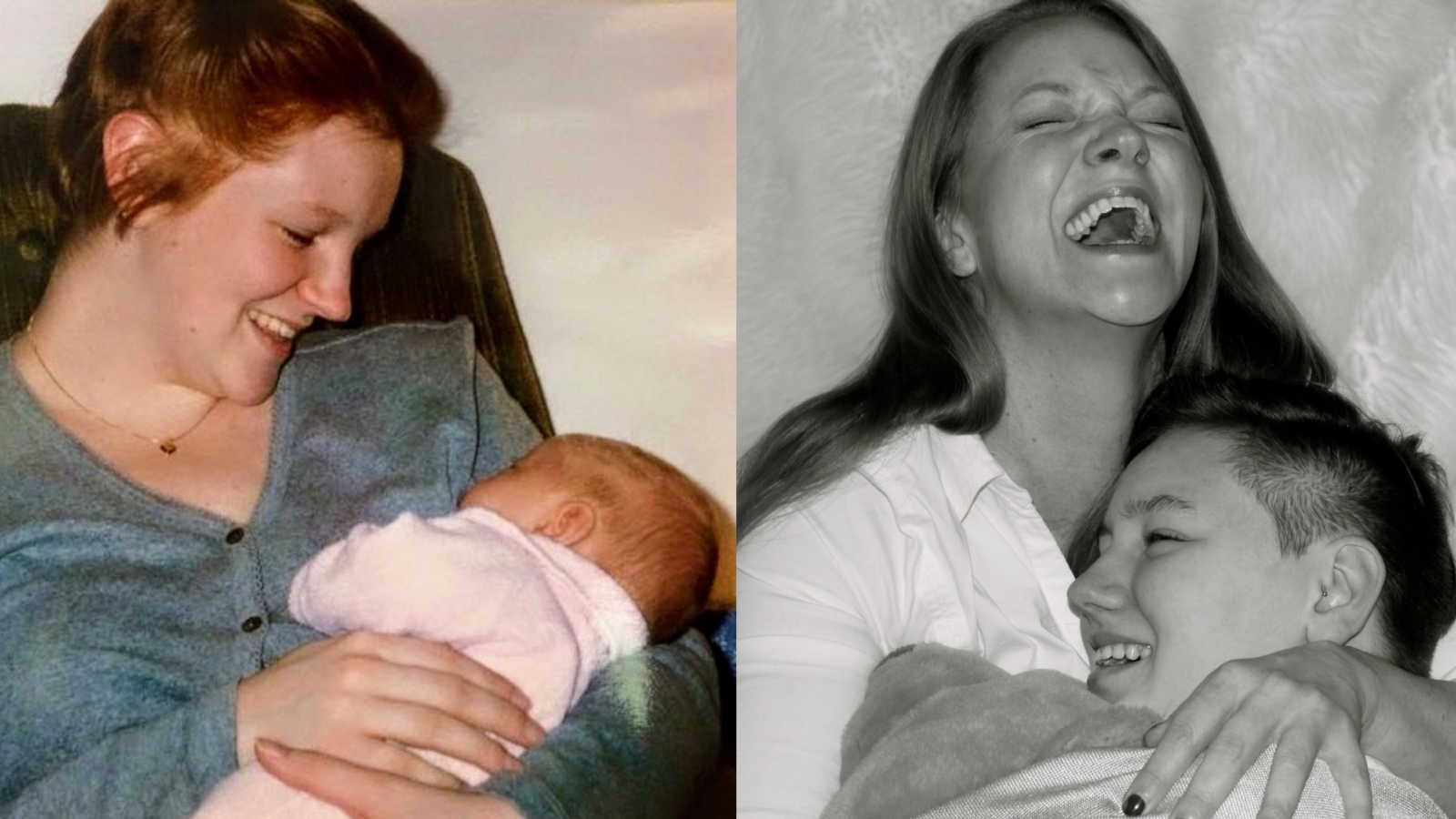 “Growing up Adrian was always a little different from the other children. He wasn’t extremely feminine, nor was he masculine, he was just him. He has always seen the world through a different lens and interacted with it in his own unique way. Adrian was the type of child who exuded compassion and empathy for his peers, always seeking to friend the children who didn’t have friends.

Whether he was sitting with the special needs children at lunch to be a friend, or helping a struggling reader or artist, he has always lifted the people around him up. The difference I saw in him never struck me as being a difference in gender but a difference in heart. 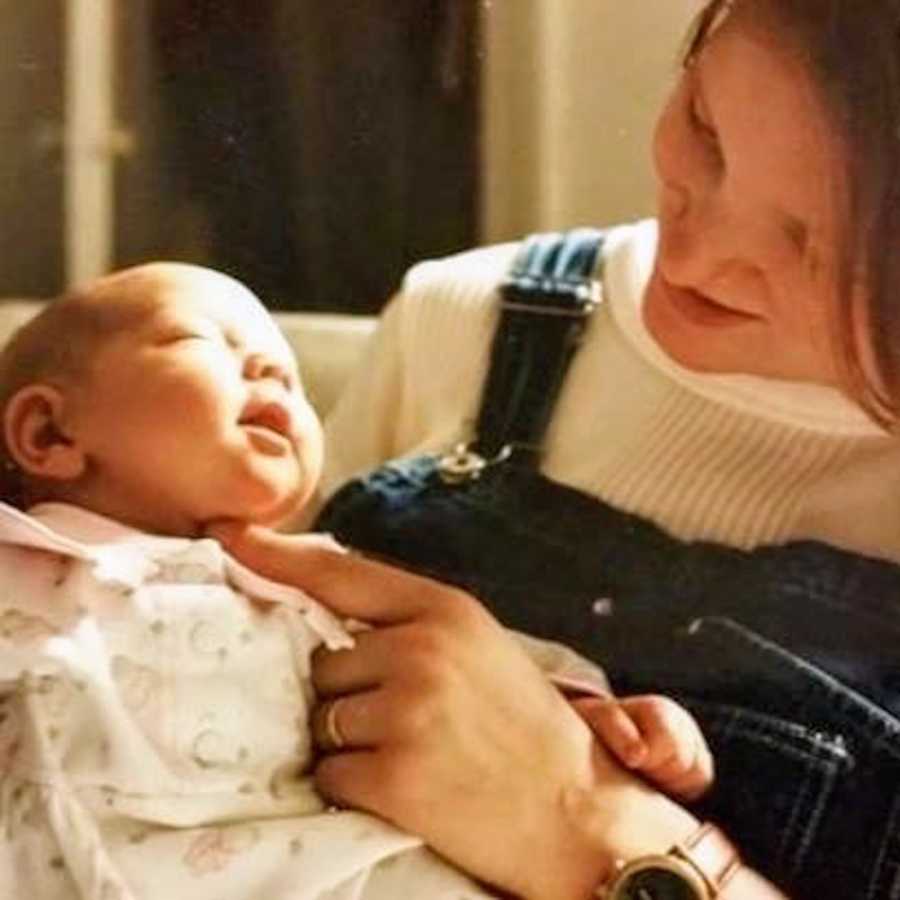 When Adrian was 13, he told me that he was pansexual (meaning his love is not gender specific, it is based on an emotional connection as opposed to physical attributes). I was not familiar with the term pansexual, but he was patient and explained it to me so that I would understand. When he made this announcement, it came as no surprise to me, I was thrilled that his beautiful heart extended beyond lifting up others but also into who he would choose to love. In September of 2018, while Adrian was 19 years old, he came out to his younger brother who accepted him without question. Shortly after Adrian told me that he was transgender, and I expressed my unconditional love and support. Honestly when he told me he was transitioning I was determined to support him though his journey, but I had no idea how. I have always had many friends in the LGBTQ community and still I wasn’t sure what steps I should take as his mother, or even what an appropriate response was outside of ‘I still love you’. How do I tell people, how do I say this is my son and I’m proud that he has the courage to live his truth, how do I set the tone in our corner of the universe for his journey to be as smooth as possible. After we had time to begin the transition and to become more comfortable with this new journey, I wanted to share this important moment with my friends. I hoped that it would move them to share it with their friends so that people could see that it is perfectly acceptable to surround a transition with joy and love instead of the typical ostracizing and dysphoria that occurs. I wanted to prove to Adrian that there is support for him beyond what he saw. Also, I couldn’t help but think that my son being trans just statistically increased his risk of suicide. I think most people have heard that 40% of transgender people will attempt suicide. Regardless of the facts and figures this is simply not a risk I was willing to take.

The photo shoot showed my son that not only am I not ashamed, I’m exceedingly proud of him. I meant what I wrote on my post ‘When your child comes out as trans, the best thing to do is create a photo shoot to celebrate the fact that he silently and bravely stepped out of the race that he never wanted to be in, found his own lane and proceeded to win. HAPPY 20TH BIRTHDAY, Adrian! You are without a doubt the most fascinating human I know, and I will always be your biggest fan! I love you, I honor who you are, and I respect your courage to be unapologetically you!! Let’s celebrate!!’

When I suggested the photo shoot he lit up, laughed shyly, and said ‘OK, it sounds like fun.’ It was, we had a blast! He has since admitted that he thought I was crazy, especially when I said I wanted to swaddle him in a blanket, but he rested assured that we always have fun pulling off my hair brain ideas. My boyfriend’s 14-year-old daughter, Kara Davis took the pictures with the camera she received for Christmas.

When your child comes out as trans, the best thing to do is create a photoshoot to celebrate the fact that he silently…

It was such a special session because not only were we celebrating my Trans son, we were empowering a young woman to create art that the world needed to see. (Seriously this photo shoot was brought to you by a single mom, a trans man, a 17-year-old brother, a 14-year-old photographer and a single dad!) 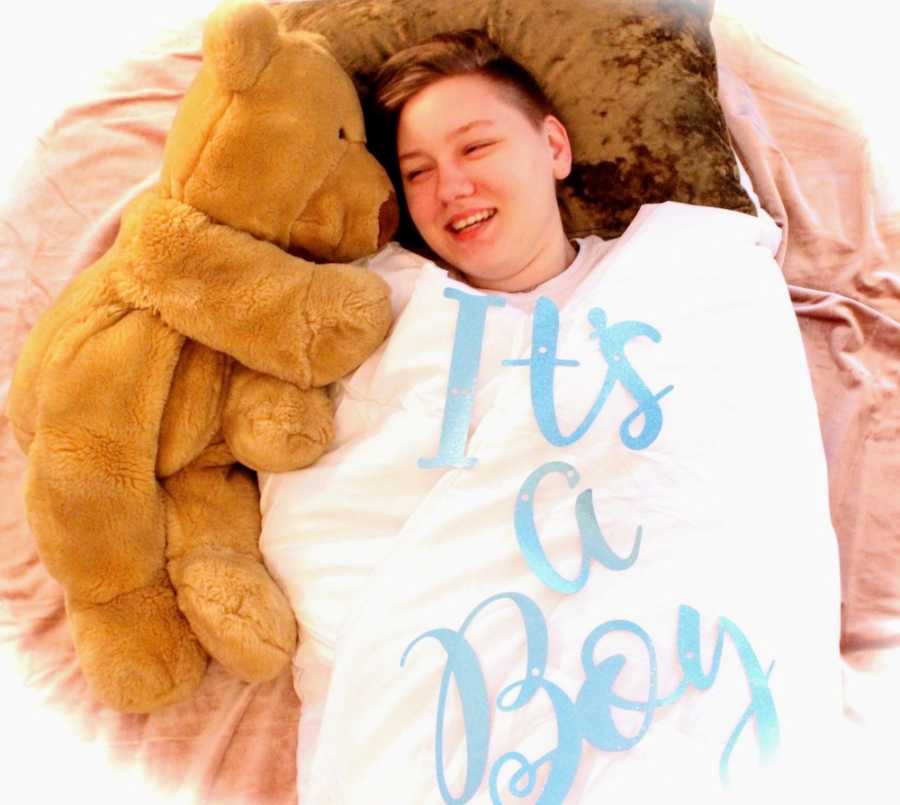 I am 100% aware that ‘outing’ him on this level can also be dangerous because of all of the hate in the world, but what I have observed is that this simple gesture of creating a Facebook post has strengthened Adrian’s resolve and empowered him beyond anything I could have predicted!

Our message is one of joy and celebration. It is not enough to accept or ‘put up’ with the Transgender community, we need to celebrate them. These men and women have had courage that is beyond anything we can fathom. The strength they possess to not only come out to themselves but to share their truth with a largely unaccepting world is profound! We should be able to celebrate our similarities and differences with all of the people of the world.

For the other parents that this story reaches there are several things we would like to pass on. First of all, the heartbreaking part of this story is that it is 2019 and we are celebrating a mother’s unconditional love for her child. I am not sure how other parents raise their children, but I thought this was a given. Secondly, trust your children, respect them, and accept that you don’t know everything there is to know, let them teach you. The generations that we are raising are remarkably connected to others. Their community extends far beyond their neighborhood, school, city or state…we can learn a lot from their inquisitive and accepting nature. Third, we hear parents say, ‘I want to make the world a better place for my children’, so go do it! This isn’t just a tagline for recycling, it should be a way of living. Change the world, celebrate your child, love and support your neighbors…. we can call it humanity! Finally, demand that people honor and respect your child, understanding that there are always going to be people that you can’t influence or educate. Those people are not your people!! Don’t dwell, don’t worry about what they think, our kids are watching us, and we have a tremendous community of individuals that are our people!” 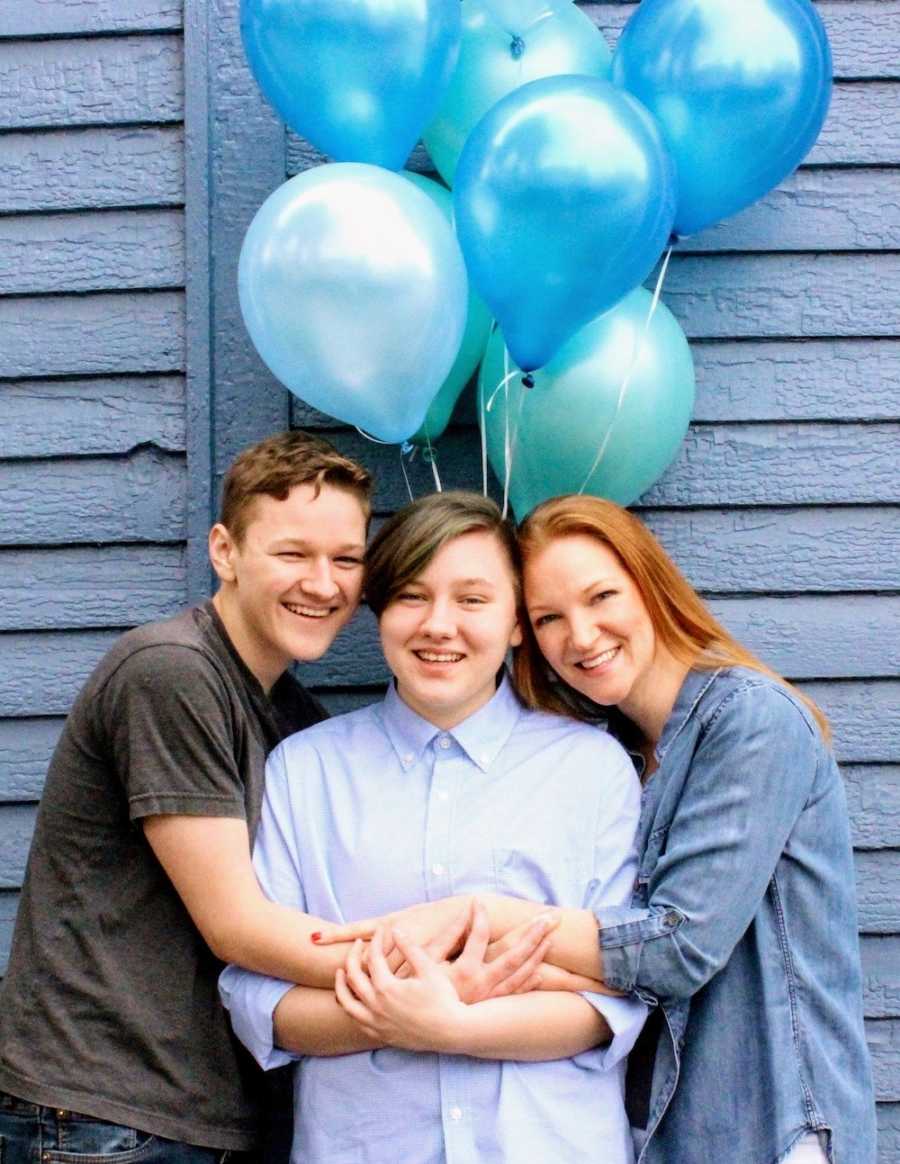 This story was submitted to Love What Matters by Heather Lundberg Green of Louisville, Kentucky. Submit your own story here, and subscribe to our best stories in our free newsletter here.

‘How will you know you don’t like sex if you don’t try?’ Kissing left me uncomfortable. As a ‘good Catholic girl,’ I was pressured to marry and have kids.’: Asexual woman says she ‘doesn’t need sex to feel happy’