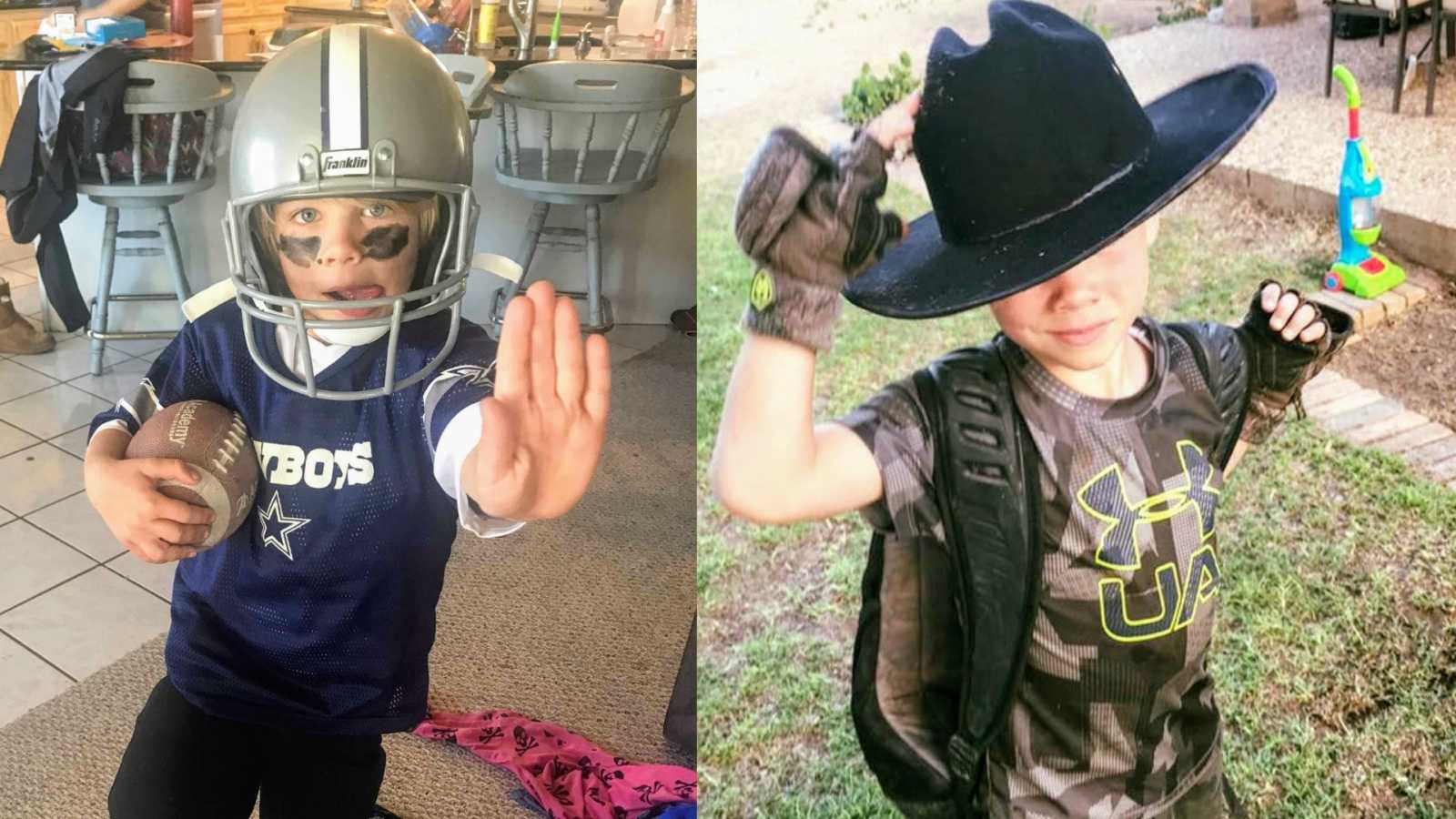 “We butt heads frequently. We disagree often. We fail to see eye-to-eye on the regular.

I’m a people-pleaser, a peace-lover, a don’t-rock-the-boat kind of gal down deep into my core, so I don’t understand his desire for contempt.

He’s not very old, but he gives me a run for my money every single day, and I absolutely hate running, just ask the tennis shoes I bought three months ago that are still in the box.

Questioning and challenging and pushing the limits is just in his very nature. It’s been this way from before he could even speak.

I saw a counselor and sought his advice on what I was doing wrong. I sat in the chair and cried and told story after story. I used to bawl ‘I want to be a good mom. I just need him to let me be one. Why won’t he let me be one???’ I sought some kind of guidance that would lay out the groundwork for turning him into somebody who was nice to get along with, somebody who knew how to bend.

I used to pray that he would change. It sounds horrible now, I can’t stand even typing those words out, but I just didn’t know what else to do. I was so tired of fighting. Disciplining every day was draining my spirit. It was all so far out of my comfort zone that it zapped every ounce of energy I had. He was my first child, my first baby, my first time. I already had no clue what I was doing, but he really threw me off the deep end.

I knew I must be royally screwing everything up. I mean, I had to be, or otherwise he would be easier, right? Aren’t kids supposed to be easier and happier and just plain pleasant? They sure are in the commercials.

One night, in the middle of my prayers, God smacked my hard with some tough love. It still hurts me to this day just to think about.

Let him be him.

I created him that way.

This isn’t about you, Amy.

This is about me.

This is about you training a child in the way he should go.

Are you up to the challenge?

God’s answer spoke to me in a way that night that no counselor, no therapist, no parenting book ever could. Nothing. Not one thing has been the same since that night.

I see how God will use him to do big things for His kingdom. I see the plans God has for
Him. I see the tower God is laying brick by brick and fight by fight to build a strong, steady and secure man.

I see how it’s not my job to change him into someone else.

I see how it’s not my job to mold him into something he isn’t.

I see how it isn’t my job to pray him into the person I want him to be.

I see how it’s my job to teach him and train him and steer him in the direction of his strengths, while helping him overcome those personality obstacles we all have.

It will be such a blessing.

This story was submitted to Love What Matters by Amy Weatherly. The article originally appeared here. Follow Amy on Instagram here and Twitter here. Submit your story here, and be sure to subscribe to our best love stories here.