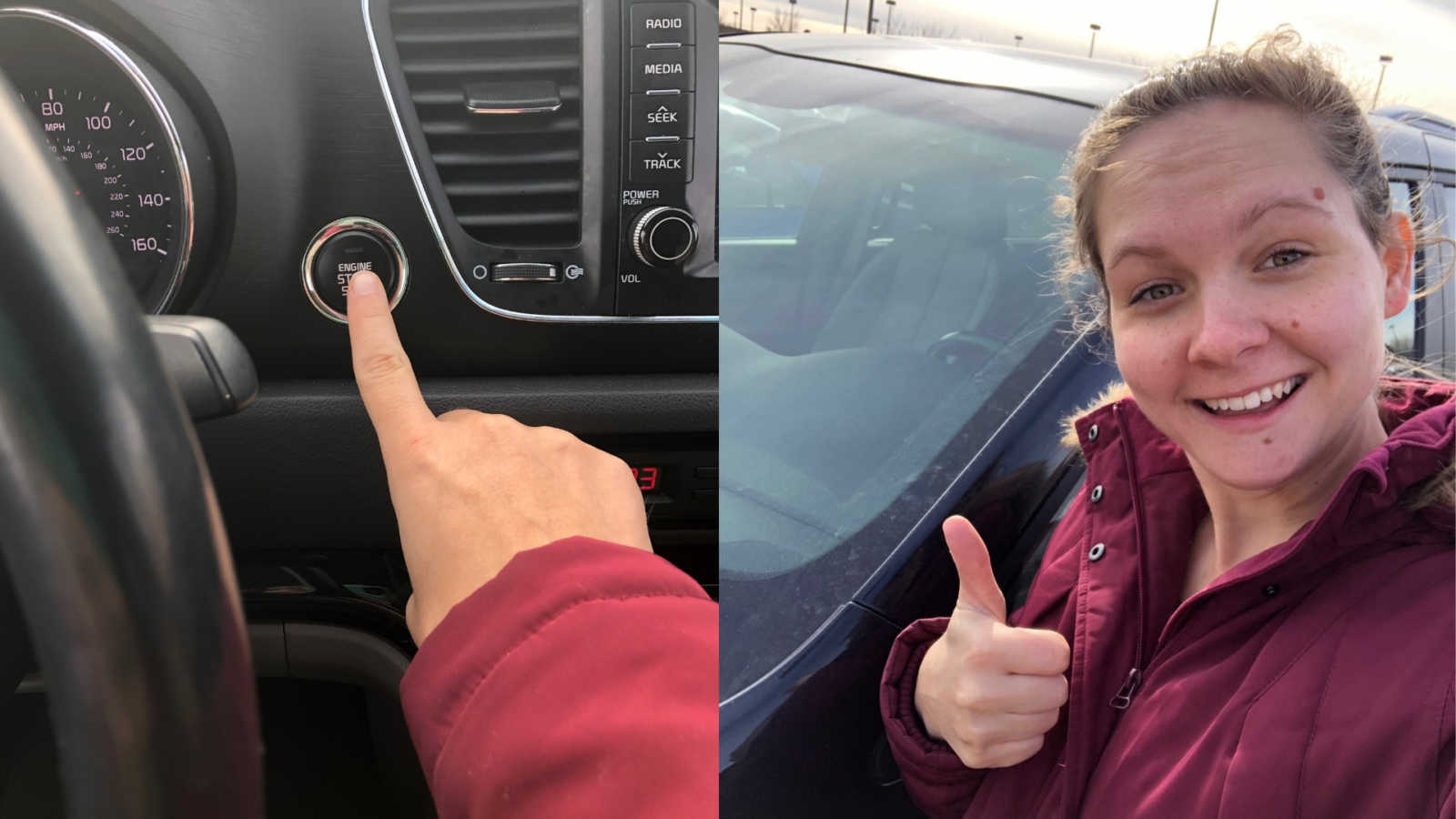 “I’m a pretty loyal minivan mom at the moment. With 6 kids aged 6 and younger, the sliding doors are a must for us. I’m not sure how many cars I’ve saved that have parked next to us in parking lots by choosing those sliding doors, but I can tell you, it’s a lot. If my kids had the option to swing open doors, my insurance premium probably would have quadrupled in the last 6 years. In my imagination, minivans are pretty basic. Aside from the must-needed DVD system, there may be a back-up camera and a pretty touch screen if you’re lucky. But in all honesty, the thing gets messy pretty quickly so the more basic the set up, the better for us.

This past week we decided to upgrade our Town and Country. We went back and forth on different models but eventually picked a Kia Sedona. Truthfully, the only things I required of this new purchase was that it ran smoothly and had 8 seats. I didn’t even attempt to figure out how any of the buttons worked while I test drove it. I knew my husband Tim would master it all before me any way with his analytical brain, so I literally just drove the car for 10 minutes and then signed the paperwork.

We just moved to Denver so Tim drove the van home through the city since I’m still really freaked out about city driving. We get home, admire how pretty this van is, and then I decide I’m going to take it to Target down the road to grab a few things. Sounds easy enough…I’ve been driving for 12 years.

We unload all of the kids and take them inside. I grab the keys and head back outside. Now I knew this van was a push start because it was one of the first things I said when I test drove it. I even said to the sales man, ‘Ooooh this is so boujee!’ At that point, the sales man had already started it for me, so I didn’t actually experience that part first hand. Then Tim drove it home, so I still had not actually started it myself. Okay, it’s a push start. You literally just push a button! It’s obviously not that hard.

I climb into the seat, ‘push the button,’ and then throw the car into reverse. But at this point I knew something was wrong. Everything started locking up on me. The steering wheel was locked so much I couldn’t even move it. But in my head, I’m thinking, ‘We just got a ton of snow, and it’s way below freezing so obviously it’s just stuck on some ice or snow!’ I then start trying to crank the wheel any which way and it’s not budging at all. I still don’t think this is super weird because I’m moving slowly backwards. I push the brake to stop the car and that’s locked, too! What. The Heck.

So now I’m thinking, ‘oh, duh! Tim must have put the emergency brake on!’ I frantically look all around trying to find that emergency brake. But then I really start to panic because I didn’t want to go into our street. So then I just threw the van back in park and ‘turned the car off.’ I called Tim inside the house to come out and help me.

He walked out to me panicking, ‘I think it’s broken! I turned it on, but everything locked up!’ He plopped his booty in that seat and the car started right up. He pulled it back up the driveway, turning the steering wheel all around to prove that I was a ‘liar’ and hit the brakes a few times to prove that those worked as well. I was dumbfounded, truthfully.

He then asked the million-dollar question. ‘Did you even turn it on?’

‘Obviously! I even put it into reverse and I was moving backwards! All of these buttons and screens were turned on too! Everything was just locked up and I couldn’t steer or hit the brakes well.’

‘Did you push the brake at the same time you pushed the start button?’

‘Uhhh, you’re supposed to do that?’

He gave me one of those, ‘Are you serious? How do you have your license?’ looks on his face. He didn’t actually say anything negative, but I could tell he was definitely shaking his head in his mind at me.

How was I supposed to know you had to put your foot on the brake to turn on a push start car? I had no idea that was a requirement! My old van would start up with its key even if I was reaching over from the passenger seat. Does everyone know you have to push the brake for a push start? Or do we all learn the hard way?

While I was walking towards Target after parking, I learned another really important part of push starts. I heard a voice yell, ‘Hey, is this your van?,’ and I turned around to a woman pointing directly at the big girl I just picked up from the car lot. I hit my hand to my head and responded, ‘Crap, yes…it is!’ Lesson number two in push starts: you have to actually push the button to turn it off… taking your keys with you isn’t sufficient. She gave me some sympathy laughs after I explained this was my first outing with it. I looked as crazy as I sound right now.

I’m not cut out for all of this fancy stuff. Just give me a regular key! I much enjoy the simpler parts of life.”

Give a laugh to other struggling parents. SHARE this story on Facebook with your friends and family.