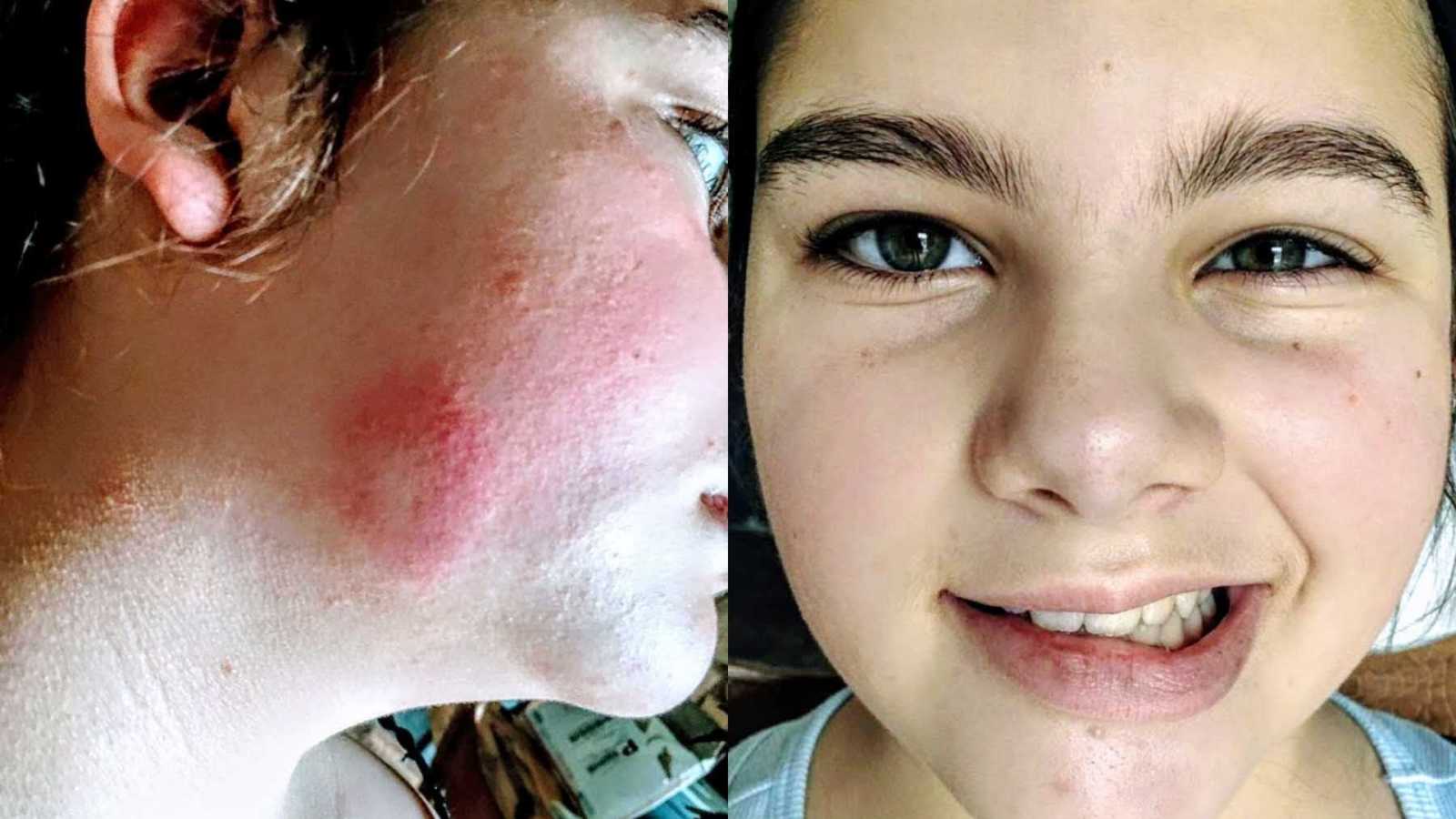 “Our family has been on this journey since 2017, without even knowing we were on it. Our daughter, Olive, has always been a healthy, robust child. She was 9 that summer, when I found a tick on her stomach. I quickly removed it and didn’t think of it again, until a few weeks later when she became sick. She woke up one morning with a high fever, headache, and we eventually found a bullseye rash around the tick bite. I took her straight to Urgent Care, where the doctor advised that she may or may not have Lyme Disease. She said the blood tests were so unreliable, we would just treat it as that. Olive was given a two-week dose of Doxycycline and we were told, ‘She should be all taken care of!’ We trusted it, and honestly, never thought of it again.

Fast forward to early May 2020. We noticed a small circular rash on Olive’s cheek, and treated it as ringworm. Over the next few weeks, she just felt unwell. She woke up with a fever one day. A headache and earache the next. Another rash on her leg the next day. She complained of knee and ankle pain. Her headache would come and go, and she eventually developed neck pain. Looking back, I feel so guilty I ignored all of these symptoms. However, my mom had just passed away and grief had consumed me. I told myself Olive would be fine. Maybe it was just a virus. I tried pushing it all in the back of my mind and neglected her needs.

Finally, on May 23, 2020, she woke up with a high fever, severe neck pain, and over 30 bullseye rashes all over her body. We still didn’t think Lyme! Lyme, to my knowledge, would only cause one rash at the site of the bite (I found out later this is not always the case, especially when the disease has disseminated throughout the body). Of course, being a mom, I googled her symptoms and was convinced she had bacterial meningitis. I rushed her to the nearest Pediatric ER. We were there all evening, and the doctors seemed puzzled about her rash. They suspected it was tick-related, but were not certain. While waiting in the room, her fever spiked and her face started drawing up on one side. I thought she was having a stroke!  I have never been so terrified in my entire life. I rushed to let the doctors and nurses know what was going on. I tried my best to hide my fear, but Olive could sense something was wrong.  She asked, ‘Mom, do you think I’m going to die or something? Why do you look so worried?’ I looked worried because the thought did cross my mind that she was going to die. How could a tick cause all of this? I still didn’t believe it.

After some bloodwork and consultation with the infectious disease doctor, they determined it was a tick-borne illness. I had told them about the tick bite in 2017, but they were insistent she had been recently bitten. They sent us home, again, with a two-week dose of Doxycycline and recommended for us to follow up with her PCP.

Over the course of the next few weeks, Olive’s face became worse. She had Bell’s Palsy, which I now know is a symptom of late-stage Lyme. The medicine seemed to reduce her neck pain and headaches, and the rash cleared up.  Her face, eventually, returned to normal as well. However, after she finished her antibiotics, her headache and neck pain came back. We were confused. Her final test results from the ER visit had come back, and she was positive for Lyme antibodies. So why had the antibiotics not worked? Over the next several months, she developed fatigue, headaches, nausea, tinnitus, severe joint pain, brain fog, numbness in her legs and arms, hand tremors, and even a stutter. She experiences some or all of these symptoms daily, in addition to anxiety and depression. This has been going on now for ten months.

After countless nights researching Lyme disease, I came to a realization. This was not a new tick bite. She had not been treated properly years ago, and she has been sick ever since! This has developed into Late-Stage Lyme, or what some call Chronic Lyme (when a person who has been treated with antibiotics continues to experience symptoms). Some people believe a longer course of antibiotics is needed. Looking back over the last several years, I realized Olive has tried to tell us over and over she has not been feeling well. Whether it was a headache, a stomachache, or fatigue. Attention problems or joint pain. Once, on a hike in 2018, she exclaimed, ‘Shoo, I think I have arthritis! My ankle and knee hurt!’ At the time, we thought it was the cutest thing. We even teased her a little about it. Now, I realize, she does have arthritis. She IS sick, and has been for almost four years. One small tick has completely changed our healthy little girl’s life.

There are so many things I wish I would have known back in 2017. One, there was a chance that a two-week course of antibiotics would not treat Lyme. Had I known this, I would have pushed for more antibiotic treatment. I wish I had known most doctors are not educated about Lyme, and almost all doctors do not recognize Chronic Lyme. I also wish I would have listened to Olive for the past few years. I wish I would have taken her symptoms seriously. If only I could have connected the dots! I feel so much guilt for allowing her to become so sick. Basically, the spirochete from the tick is traveling all throughout her body, even entering her nervous system. When I see her having problems, recalling a word or becoming frustrated because she cannot remember well, I feel so helpless. It breaks my heart because this could possibly have been prevented.

Chronic Lyme is extremely difficult to treat. We are now trying to treat Olive naturally, at home. Most doctors who specialize in treating Lyme Disease (Lyme Literate Medical Doctors or LLMDs) do not accept insurance. Some people spend tens of thousands of dollars of their own money a year for treatment. But there has been some good that has come out of her sickness. I have met some amazing people, mostly through Facebook support groups, who are suffering just like her, and they are always there to give great advice and encouragement. Some people are so sick from this disease, they are bedridden! There are so many wonderful resources that have helped me to feel validated and supported. While I wouldn’t wish Lyme on anyone, I am grateful there is an entire community out there that can empathize with our journey.

My advice to parents out there…check your child for ticks! If you go on a hike, a walk, or even if they are just playing outside, always do a tick check when they come back inside. If you find one, remove it immediately. They can even be saved to send for testing. If you do suspect they have been bitten, or if they are having flu-like symptoms after finding a tick, take them to the doctor. A rash does not always develop. Ticks can carry many diseases that can cause a great deal of damage to the body.

And to any parents dealing with this terrible disease, pay attention to your child. Listen to what they are telling you. They know when something is wrong, and so do you. Be patient and attentive to their needs. Implement a healthy diet and exercise. Movement might not always be easy for them, but even the smallest amount of exercise can help. Trust your instinct and push for treatment, if needed. Find online support. Do your research. Share this research with the doctors. If they won’t listen, find a doctor who will. Chronic Lyme will be something my child will have to deal with forever. Yes, it might go into remission, but it can always come back. One little tick, a life forever altered.”

This story was submitted to Love What Matters by Carrie Elswick. Submit your own story here, and be sure to subscribe to our free email newsletter for our best stories, and YouTube for our best videos.

‘I kept getting UTIs. My male doctor said, ‘Do you think the pain might be ALL IN YOUR HEAD?’ I was mortified.’: Woman with chronic urinary tract infections urges ‘you are not alone’ 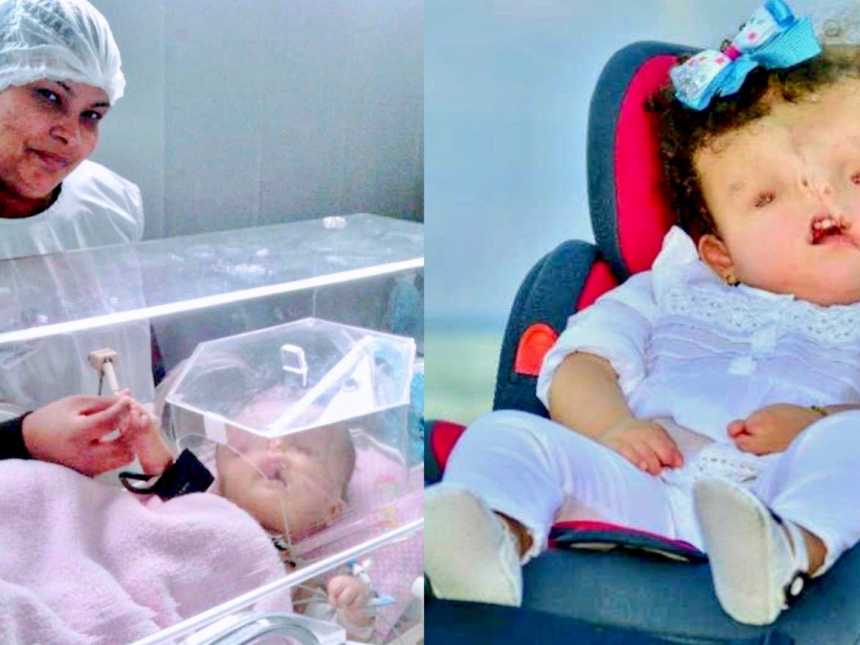 “The nurses started whispering I didn’t want to see my own daughter, that I was rejecting her. After hearing those comments, I got up. I touched her face. Sometimes it’s impossible to not be uncomfortable when people stare at us in the street, and see her as an alien. I dream they can see her like I do, as a beautiful little girl.” 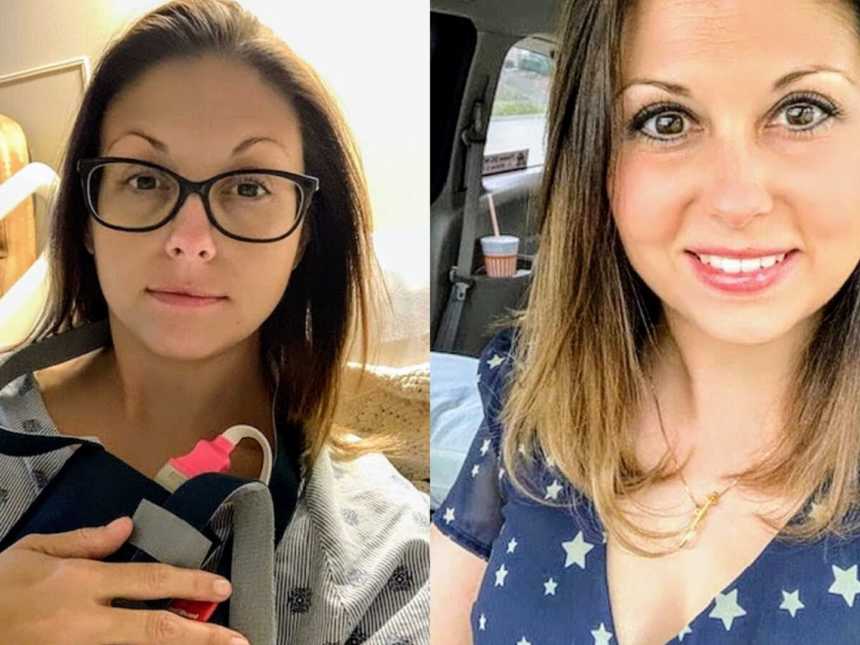 ‘I found myself drenched in sweat in the middle of the night. The doctor said, ‘You look perfectly healthy, but on paper you would terrify any doctor.’: Woman details brave journey with Ehlers Danlos Syndrome, Addison’s disease

“My doctor came in, her tone solemn and harsh. She was about to give me a serious dose of reality. She looked me straight in the eye and said, ‘Listen, people with this have died from a minor dental procedure. If not treated and monitored properly, it will kill you.’ I was 35 years old, trapped in an 80-year-old body.” 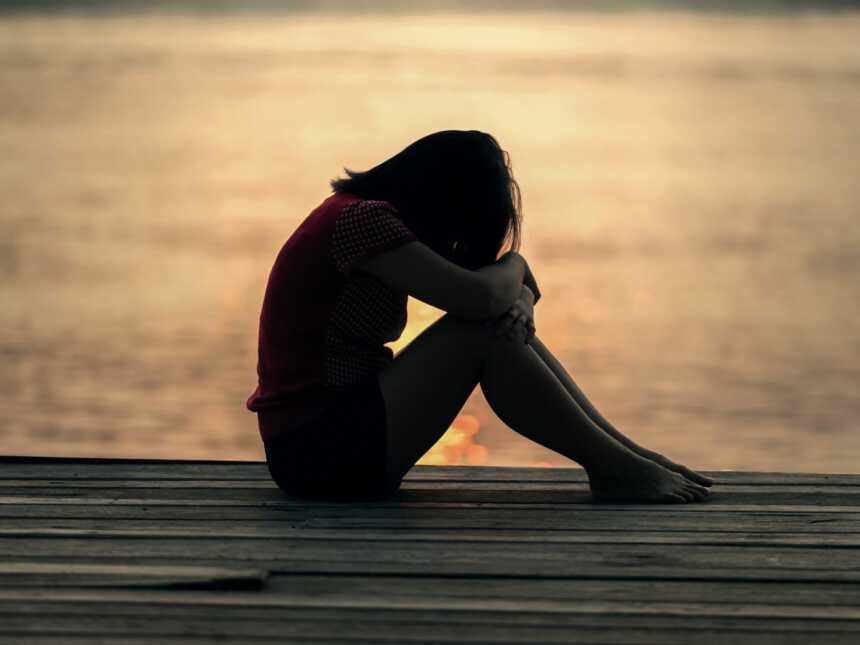 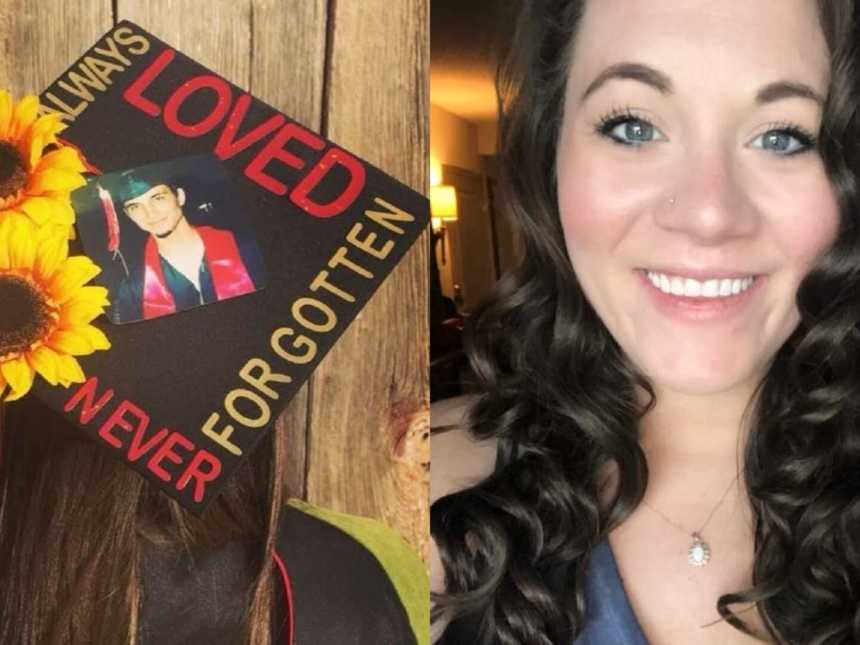