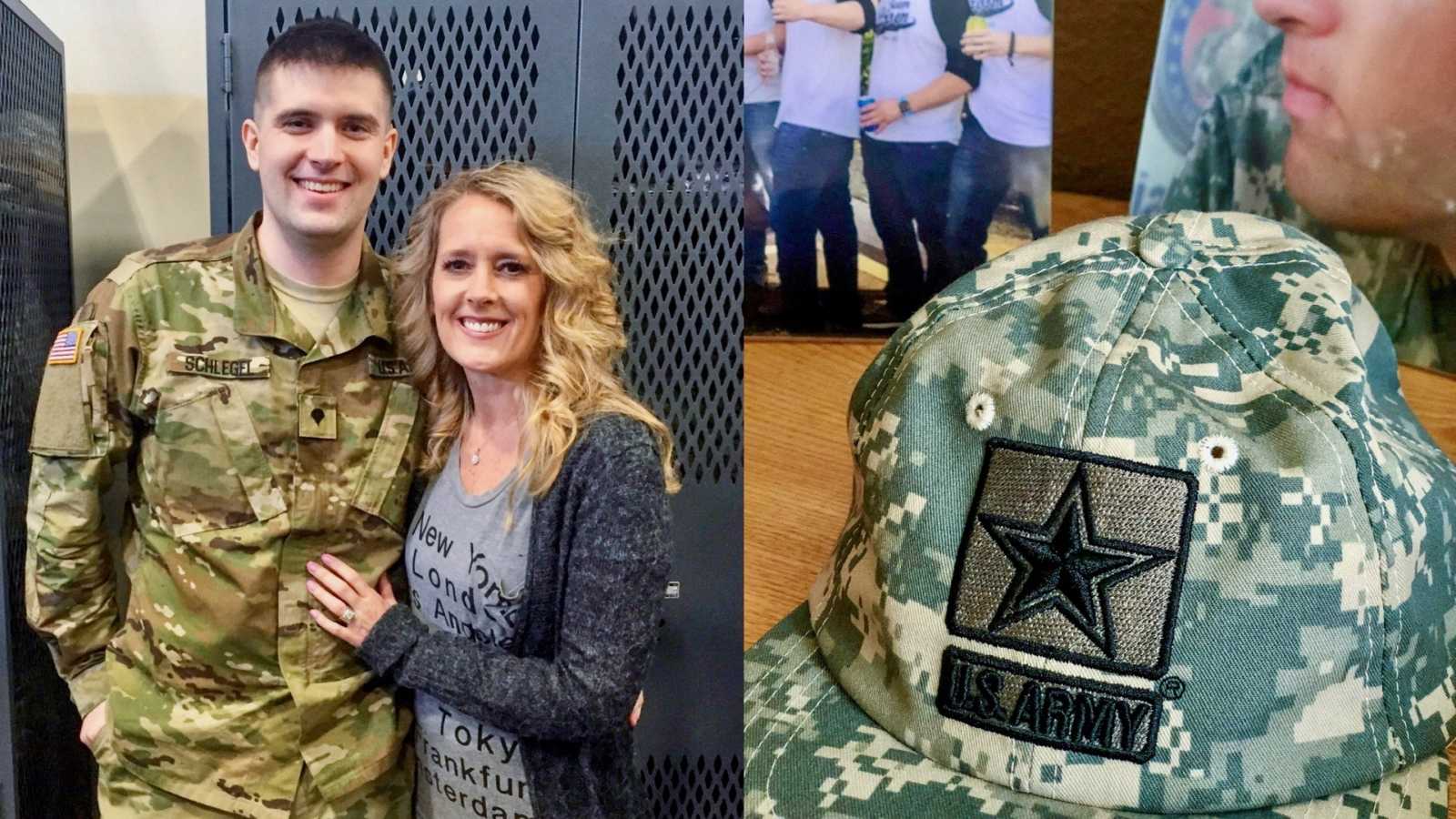 It’s day 721 of not seeing you. Since its fall harvest and dad has been busy, I’ve been continuing the basement project. I can’t tell you how many bags and boxes I’ve hauled out. None of it means anything anymore unless it’s memories. I will say, you collected enough stuff than most at the age of 24.

It’s a game of toss or preserve around here. Remember when we had those five mice? They got into your hockey bag, which was gross to start with, and they made a big nest. I didn’t want to go into the basement anymore. Ever. But you trapped all five in one day, you filled the spot that we thought they were coming in at with all those cans of spray foam. It was ridiculous, but you humored me. Anytime I was afraid to open something or needed help getting rid of anything, you just did it. You knew I was afraid, and you just came. Spiders, mice, whatever it was.

So now I’m down there finishing what we started. It went from a cleansing project to a purging project. It’s the perfect time of year to do it. I’m extra sad anyway. I really detest fall now. Everything reminds me of those last days, that last month. So why not invite an avalanche of feels?

Two years is right around the corner, and If I’m being honest son, it isn’t any easier. I think in a lot of ways it’s harder. I count time now by before you and after you. A friend asked last night when I had last been over, and everything goes back to you. I thought wow, it has been over two years. How can that be? Especially when it seems like days in my mind.

So, I decided that everything that gets kept downstairs is going in a Rubbermaid container. Mouse proof, waterproof . . . and they say that plastic lasts forever. Or at least until someone else wants to decide what to do with it. Someone who can let it go. Because I can’t.

We gave some of your things away to your friends, family . . . but there is so much. So yesterday I bravely packed up some of your clothes that I deemed extra. But every shirt has a memory. I wish they all had a smell – but they don’t smell like you anymore. Nothing does. Except for one ACU blouse (I still think that’s weird to call it a blouse) – it actually has body odor. I locked it up for safekeeping.

That was the way I cleaned your room – smell the armpits. People might think that’s strange, but you had a very unique way of dressing and messing. A T-shirt first, then a long sleeve or flannel, and then a hoodie. And while you put them on one by one, you always took them off as one piece. And then you laid them on the floor and started a pile.

You knew I would eventually have to do something about it, so instead of washing all your sets, I picked through them, smelling and sorting and looking for dirt. I complained about it too. Now I wish I had the opportunity. I could never see the floor. The last time I did it was just before you died. In a way, I was glad, because there were so many people in your small room that day, but in a way, I wish I wouldn’t have washed anything. It was just instinct to clean –

So anyway, I can’t part with your Army stuff. You still have two full closets and a Rubbermaid full of civilian clothes, along with a giant Rubbermaid of fatigues and I still have four pairs of Army boots. There is an entire box of baseball caps . . .yes, I did get rid of some, but I can’t part with anymore yet. Your room is clean but untouched. I had the entire upstairs painted, except for your space. How can I? I thought it might give the house a happy facelift, but it didn’t. It’s still sad.

Yesterday I found your box of baby clothes and the blankets Grandma made you, the box with the Christmas ornaments, and one filled with your school papers. You are everywhere here, and at times I don’t want to live in this place anymore, and then I wonder how I could ever leave it. It is sadness and I belong in it. It’s a part of me, and a part of you.

So, I paired it down a little more. As much as I could take. The lady at the thrift store bravely asked about how we were doing. And you know what? I didn’t lie. I didn’t say good. I told her it sucked. Which is a tremendous understatement. It was brave of her to ask, and I was grateful that she did. Yes, I cried. But I’d rather cry than go through life ignoring that you’re gone.

Truth is John, this is going to hurt forever. Because love lasts forever, and this just isn’t right. Anyone who thinks it’s something we can move past or overcome is delusional. You aren’t something we can pack up and put in a box and label with a sharpie. You weren’t an event or a milestone. You are our son. You will always be our child and no amount of time is going to change that. No amount of time is going to take away the hurt of losing you.

Sometimes I wonder if I would dream about you if I slept in your bed. I haven’t been able to try. I did get out your woobie and took it to movie night. I miss watching movies with you. Remember when you wanted me to watch the Walking Dead with you? I’m not sure which one of us was more scared. We huddled together on the couch and watched it on the laptop. We were both fascinated with the thought of surviving, pointing out the ridiculous and coming up with better ideas. We joked about the slow zombies and the freakishly fast ones in World War Z. We agreed that slow would be much better. We also agreed that I wouldn’t last long, and you would have to protect me.

Don’t judge, people, it’s just a TV show. I’d give anything to do it again. To sit next to him on the couch and laugh, to share a blanket and an evening. Sometimes you have to stop worrying about the little things and all the rules you’ve made and just enjoy your people.

So, I guess that’s it. Oddly, I don’t feel like this was great therapy today. Just loads of tears and a throbbing headache…  I miss you.”

This story was submitted to Love What Matters by Kristin Schlegel of The Portal: Portal-ity Thoughts. Follow her joinery on Instagram here and her website here.  Do you have a similar experience? We’d like to hear your important journey. Submit your own story here. Be sure to subscribe to our free email newsletter for our best stories, and YouTube for our best videos.

‘Where’s Daddy?,’ he asked. ‘At work,’ I replied glumly. My sweet son literally crumpled to the floor in disappointment. It surprised me.’: Military spouse gets reminder to remember the ‘bigger picture’

‘You chose this. You knew what you were getting into.’ I don’t judge or criticize you.’: Wife recounts the raw reality of being a military spouse, ‘I knew I loved him and wasn’t going to walk away’

‘Yes, this is our daughter.’ My husband cut me off. I could hear him telling everyone, ‘I’m going to be a dad!’: Military family adopts child who was ‘always intended to be ours’

‘There was a young family at the airport. Only one set of luggage though. He was freshly shaven, 3 large bags. They called for boarding, he picked his daughter up and kissed her goodbye. She didn’t want to let him go.’