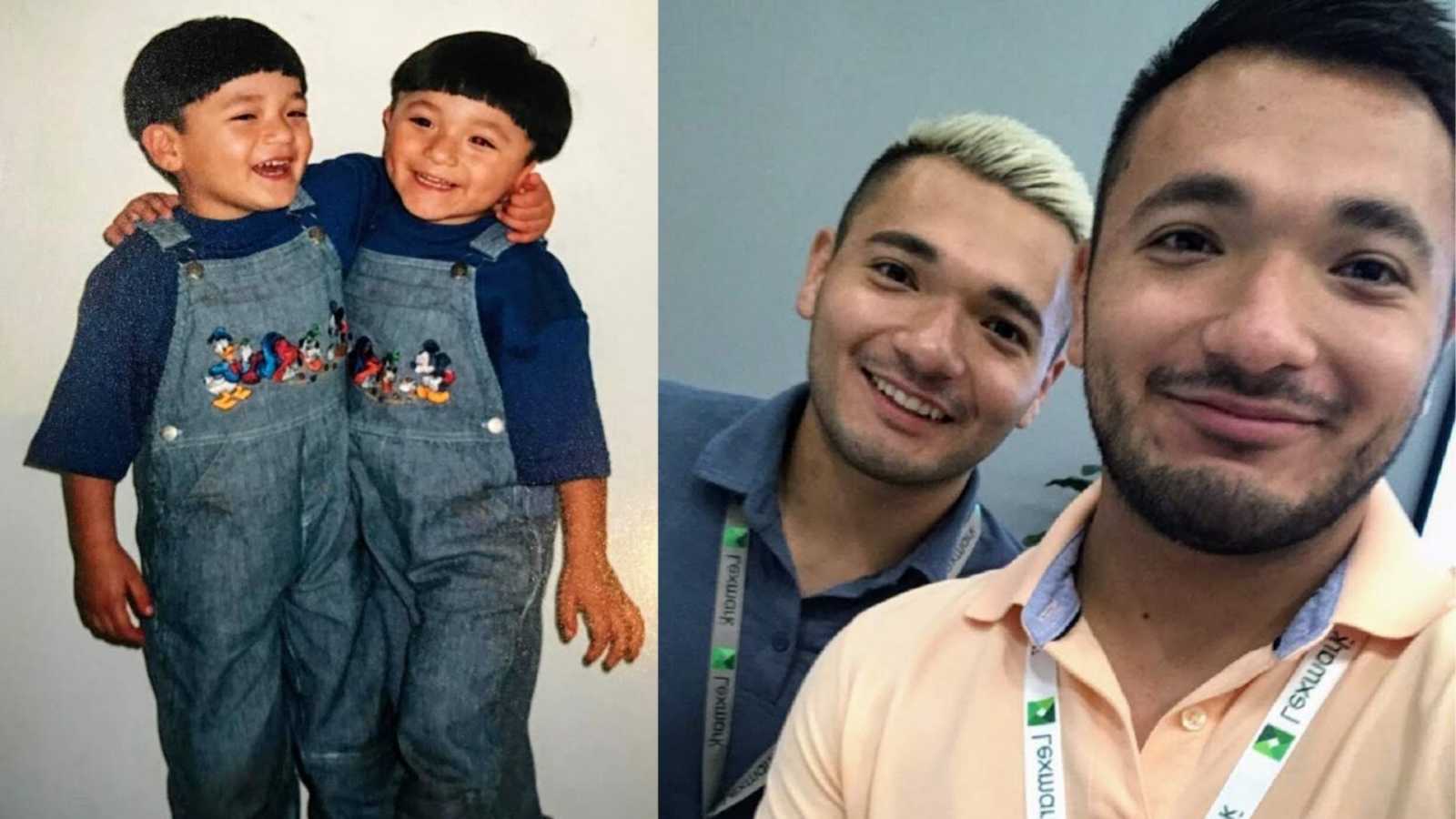 “There are many facets of the coming out process a lot of people don’t think about. For example, someone of color coming out to their family faces different obstacles a white person wouldn’t experience. Someone who is Catholic coming out to their family faces obstacles which someone who isn’t wouldn’t have to experience. For my brother, Michael, and me, coming out was so difficult because of reasons which often aren’t thought about. We are first-generation immigrants from Peru and raised Catholic. We were raised in a culture which values machismo. We even attended Catholic school for nine years. We are the only male children on my dad’s side of the family who carry our last name. We participated in organized sports on all-male teams since we were six years old and now play at the NCAA level. We have had to face social pressures in our coming out process from many different angles of our lives.

As kids, my brother and I knew what a family–in the eyes of my parents and culture at the time–was supposed to look like: a husband, a wife, and kids, maybe a dog. This is what a family was supposed to look like. This was our end goal along with having successful careers. Having this picture embedded in our heads as growing boys in a hyper-masculine culture really messed us up mentally. From the ‘family-side’ of things, my brother and I spent over ten years in a mental war with ourselves because we could not understand why we weren’t sexually attracted to women. Every time my aunts and other family members asked us as kids in elementary school, ‘Do you have any crushes on girls in your class?’ We would just laugh it off and get away with not answering the question without receiving a hard time.

What my family did not know is every time they asked heightened the internal war within us because we knew we had just gotten away with hiding our feelings yet again of not being attracted to women. This anxiety got worse as we got older because we would be asked  as high school students and eventually college students–when it is almost expected of us to have had some type of relationship by then. It was harder to get away with answering ‘no’ or telling them we were too busy focusing on school and sports. Our disguises were beginning to fade, and we knew sooner or later something, or someone, would have to give.

During  those years, we knew we were gay. I was 100 percent sure my sexual orientation was not going to change. Michael knew as well. However, we definitely tried to think of ways to change it. I thought about sending myself to conversion therapy to make my family proud when I was finally able to bring a girl home. Until my junior year, I pretty much came to terms with the fact I was not going to change, and my family was going to be disappointed in me. My brother knew it as well. My plan was to move away and separate myself from my family after high school. I knew this would be the only way I could live my life the way I wanted.

Michael and I were recruited to play soccer and tennis at Berea College, so my plans to move away and isolate myself from my family went according to plan. Everyone says college is the time to experiment, find yourself, and figure out what you want to do. And those people who say it are correct. During my sophomore year of college, in the fall of 2017, I met a guy I didn’t think I would develop feelings for. However, after a handful of weeks, the feelings developed for both of us, and we found ourselves in a serious relationship. Here I was, a closeted young man, dating another closeted person. We found ourselves wanting to develop our relationship further than what it was, but we both knew it meant coming out of the closet—to our family, friends, etc. We said, ‘We no longer wanted to date in secret.’ I was ready to make this move but he was not. In order to love someone else, you must love yourself. This is where we both went wrong. We were not loving ourselves. We forgot how.

I came out to Michael eventually in February of 2018 because I was so stressed about my relationship, school, and sports. After a few months, I eventually came to out my parents and sister on Easter of 2018 because the stress of my relationship had increased tremendously. Juggling school and sports plus hiding my sexuality pushed my mental health to an all-time low. I told my family, ‘I have been seeing a boy for almost a year.’ They were worried about my health, but not anything else. They said, ‘We love you for you. Gay, straight, or bisexual, it does not matter. We just want you to be happy.’

Around mid-October of 2018, I broke up with my then-boyfriend. After a year and a few months of dating, I knew I was ready to find the best version of me, on my own. I knew I had to come out to the rest of my family and friends. I wanted to be honest about everything. If I had a boyfriend while coming out, I wanted the world to know as well. In order to love someone else, you must love yourself completely. It is the message which helped me break up with him and finally tell the world my secret. During this time, I also quit soccer with my brother for personal reasons. We had played soccer since we were six-years-old. We were closing a huge chapter in our lives together. It was a chapter we knew we had to close moving forward in the journey towards being happy again. I decided to come out through an Instagram post so I would not have to tell everyone individually. I told my closest friends in person, but the rest was through the post. The reaction I received from my friends and family were for the most part very heartwarming. Everyone told me they were happy to finally see ME happy. That is all they wanted for me, to be happy.

Michael’s coming out journey was different from mine. He began to like a guy on campus during the fall of 2018. He knew he wanted to move further with his relationship with his then-boyfriend so it meant coming out to our family—after me. He was not quite ready to come out when I did. Everyone has their own journey, it just wasn’t his time yet. He came out to my family on Thanksgiving of 2018, and my parents took it well. They also told him they want him to be happy and be comfortable around them with these types of things. He told them he was in a relationship and they were glad to hear he was happy. Michael did not do an Instagram post or anything similar. His take on it was if someone asked, he would tell them the truth. He did not feel he needed to post anything on social media. His main concern was us—our mom, dad, sister, and me. The reactions he received from his friends were all heartwarming as well. No one gave him a hard time about it. His friends just wanted him to be himself.

We were so scared to come out to family because, in our culture, men are supposed to be very macho. Being gay is not what a son is supposed to be. Religion also influences our culture tremendously. It says in the Bible, homosexuals are to burn in hell. We did not want to burn in hell—it was definitely not in our plan! As athletes in college, we were surrounded by a bunch of young men being macho and tough. We were the only gay guys on the soccer team. We heard gay-slurs from some of our own teammates, so we were discouraged to come out. These were factors which led us to leave the team. The tennis team did not have any of the negativity. We felt empowered to play and embrace ourselves.

If we had to say anything to our kid-selves now, I think we would tell them to embrace who you are and to trust your family. I would tell myself to not run away. It only makes things worse in the long run. And we would tell them being gay is awesome and to live their best gay lives.

Today, I am finishing up my senior year of college with Michael. We are set to graduate in May of 2020. I will be obtaining a political science degree, and Michael will be getting a degree in finance. I will attend law school in the fall, and Michael will be working in the finance industry. Since coming out, we both have been so much happier. My family is very supportive of the relationship I am in. They support Michael and his aspirations in life. We participate in sports with more freedom than ever. Everything we do in life has been better because of coming out. Coming out gavr us the freedom to do anything we want with all of our passion.”

This story was submitted to Love What Matters by Christopher and Michael Malpartida of Louisville, Kentucky. You can follow Christopher on his Instagram, and Michael on his Instagram.  Do you have a similar experience? We’d like to hear your important journey. Submit your own story here. Be sure to subscribe to our free email newsletter for our best stories, and YouTube for our best videos.

‘Hey, Miss Samantha. Where’s your husband?’ I was home alone. ‘My GIRLFRIEND is on her way.’ I was disgusted.’: Lesbian couple urges they are not ‘too pretty to be gay,’ don’t ‘need any help’ from a man in their relationship 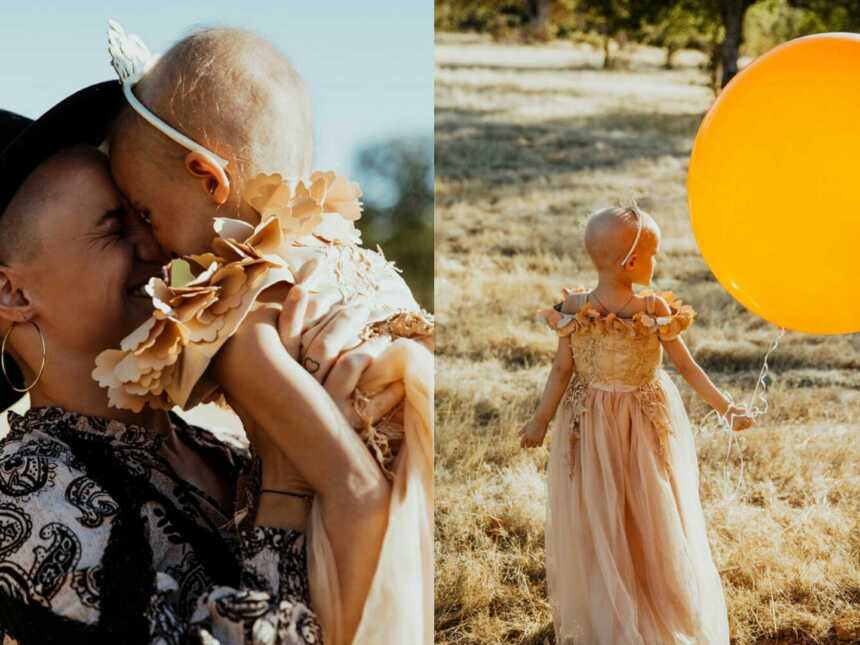