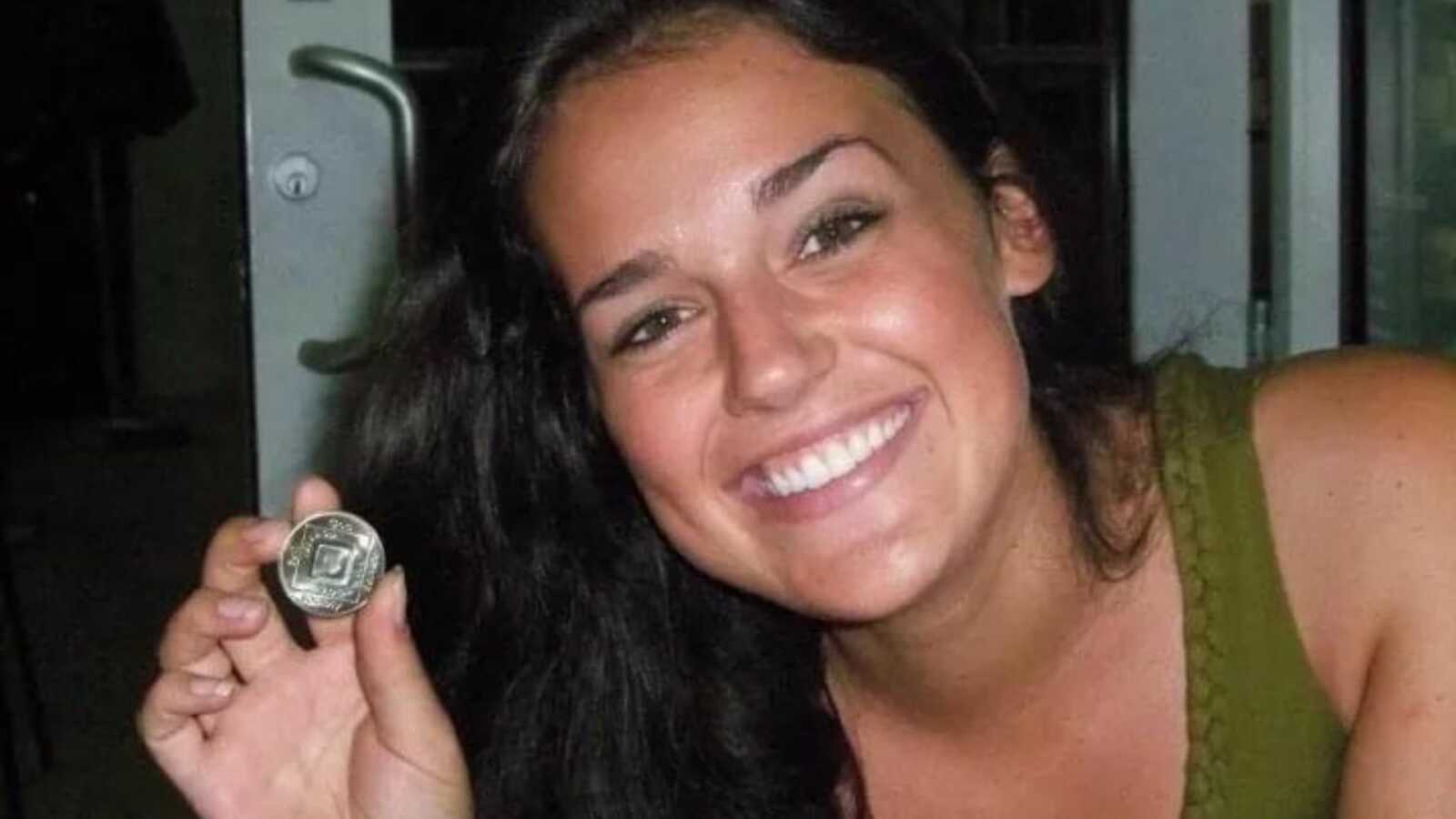 Disclaimer: This story contains mentions of suicide and addiction which may be upsetting for some.

“‘Dual Diagnosis’ is a term I learned the hard way. Here is the story about Dani’s own struggle with ‘dual diagnosis.’ It is also a story of addiction, hope, strength, recovery, and resilience.

Many people who suffer from depression often have ties to addiction, and vice versa. They look for any way possible to numb the pain of the bad memories, sadness, depression, anxiety, post traumatic stress, and other mental health challenges that alter their lives. Whether their drug of choice is alcohol, prescription pain medication, or street drugs, addiction and mental illness often are interlinked and, when treated, are termed as a ‘dual diagnosis.’

Dani was no exception to this in her late teens and early 20s. It’s very hard to be transparent about this, but it is her story and we vowed to share her entire story if it would help save people’s lives. As Dani’s mom, please know very few people knew about this particular journey.

Before I begin, for those who aren’t familiar with Dani’s story, let me share some background. In the early morning hours after Dani’s passing by suicide on February 11, 2019, I was asked what we were going to tell people. Understandably, the immediate family wanted to protect us as Dani’s parents and siblings, and protect Dani’s reputation and memory. It was exactly at that moment I said we would tell the truth. ‘Dani took her life today as a result of years and years of battling depression, PTSD, anxiety, eating disorders, and general self-worth issues.’

How could a beautiful, successful woman such as Dani suffer with so many mental health symptoms and so few know? Dani wore her mask very well for many years and rarely removed it. In those last minutes of her life, I believe she was just too tired to fight any more and refused to be a “burden” to us any longer. In that moment for her, a perfect storm came together and Dani was a casualty of her disease, and we would suffer the pain and heartbreak of that loss forever.

In 2007, as her grandmother was fighting for her life from ovarian cancer in Ohio, Dani was fighting for hers in Florida. Over Thanksgiving weekend, Dani attempted to end her life by taking any medication she could find in her house. Fortunately, she was not alone. This began another nightmare for us as our family joined forces in hope Dani would survive not only that weekend, but beyond.

We had thought after counseling, antidepressant medication, and a happy and successful career as a paralegal in Florida, suicide attempts were behind her. We were wrong. This is a disease that frankly lies to the person struggling, and Dani was no exception. Dani had called me on Thanksgiving Day, the day before her attempt, wished me a Happy Thanksgiving, told me what a happy life she had, and what a wonderful mommy I was. ‘You know that, right?’ She had some wine with dinner so I attributed the call to that.

Two days later, as Jeff and I arrived from a silent, endless flight from California to Florida (we had been on our own get-away), we walked into an ICU hospital room with an unconscious daughter on the brink of death. We received the news of the drugs and medication that had been in her system from her attempt. Alcohol (got it), over the counter meds (again), prescription drugs she had at home (okkkk), and, much to my horror, traces of cocaine (shock). How? Why? She was not a drug addict? Or was she? What we learned from notes she had left and as she recovered, was that Dani would use that drug to numb her pain and keep her weight under control. She told me her body image at that time was so low she was willing to try anything.

For me, as her mother, it was one thing to know she was so depressed she had tried to take her life, but when I was told there was cocaine in her system, I wondered where and how I had failed (of course, it is not and was not about me), and how did she hide something like that? Were there more drugs I needed to know about? Where did she get them and how would we help her recover? Why didn’t I realize her cry for help about her weight months before would lead to this?

That weekend began a relentless journey and nightmare as we looked for adult rehabilitation facilities for her depression and addiction. ‘Dual Diagnosis’ is what we were told, a term I learned about the hard way. ‘Nightmare’ is the word I used for several reasons. There would be all the work Dani had to do to heal herself, work to take steps to mend the fractured relationships that came out of that event, and, once again, the horrible nightmare of having to move through the behavioral health maze that surrounded health insurance, treatment facilities, and pre-certification, and realized there was no help or guidance from any professionals for her or us.

When told of Dani’s attempt, her psychiatrist at the time immediately ‘dropped’ her as a patient because, as she said, Dani had ‘broken her trust’ by her attempting to take her life. What kind of doctor was this? I was horrified. I encountered many more feelings than I expected at that time but I was unable to process or deal with all of it at that moment.

The struggle and fight that ensued within Dani was nothing short of miraculous. She came home in 2008 for my mom’s funeral and told me I needed to ‘hide her grandmother’s leftover narcotic pain meds’ so she could avoid temptation and continue to fight her battle. Hearing that terrified me but I also could not imagine what her own fear must have been at that point, attending her beloved grandma’s funeral, an absolute ‘trigger’ for anyone with depression, let alone just recently moving out of the halfway house where she had been staying. Yet, Dani was able to endure that time without the use of alcohol or drugs or anything but her own willpower and a sponsor to make it through. We were so proud of her resilience.

After a journey of both inpatient and outpatient care, Dani was able to beat the addiction, recover, and began her new journey of hating the drugs but loving the users. She became a case manager and then an administrator at a large drug and alcohol rehabilitation facility in Florida and had also worked as an intake clinician at a famous eating disorder clinic in California. This was part of the new journey for Dani – helping those struggling with the diseases of depression, addiction, eating disorders, anxiety, self-worth issues, and suicidal thoughts. Dani’s incredible strength and determination in that particular battle was the basis for her vow to never use illegal drugs again. She couldn’t fight it alone at that time. She had our prayers, love, and support always but she also worked hard at it as she attended meetings and surrounded herself with only those who could help with her recovery.

Pictured is Dani in 2009 and 2010 when she received her one and two year coin from NA (Narcotics Anonymous). The pride evident on her face said it all. Her mantra for those few years, whenever we talked was, ‘Coffee and a meeting, Mom. That’s my life!’

If you struggle with depression or addiction, there is hope. There is life after addiction and there can be recovery. Don’t travel the road alone. It is said it takes a village to raise a child but it truly takes a community of love, belief, and support to beat addiction. 33 Forever, Inc., the nonprofit we started in the immediate aftermath of losing Dani, is here to help however we can, with resources, educational tools, and professionals to guide and direct you as you take baby steps to your recovery on this difficult but worthwhile journey.”

If you’re thinking about hurting yourself, please call the National Suicide Prevention Lifeline at 1-800-273-8255 or visit suicidepreventionhotline.org to live chat with someone. Help is out there. You are not alone.

This story was submitted to Love What Matters by Donna Mencini Heck from Mansfield, Ohio. You can follow her journey on Instagram, her blog, Facebook, and her website. Submit your own story here. Be sure to subscribe to our free email newsletter for our best stories, and YouTube for our best videos.

There Is No Right Or Wrong Way To Grieve; It Looks Different For All Of Us

‘How am I today? Terrible, thanks for asking.’: Mother candidly shares grief over daughter’s suicide

‘Your child’s graduation or wedding day is a painful reminder our child’s day will never happen.’: Grieving mother pens letter to friends of bereaved parents

‘Attending the funeral of a 24-year-old was so scary. Little did I know, 9 years later, it would be my turn.’: Mom of daughter lost to suicide shares advice for others grieving 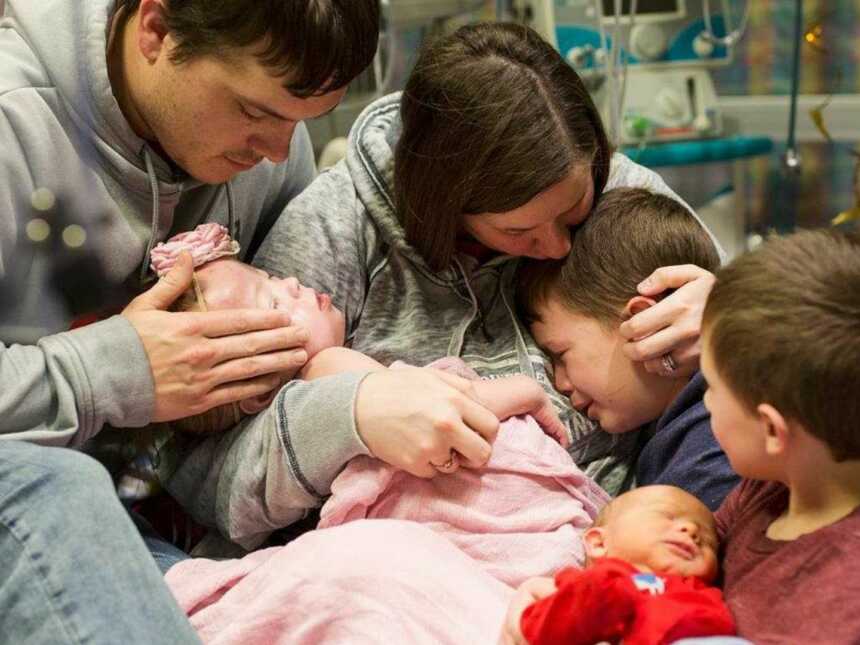