“After a near-perfect pregnancy, my first child, Hudson Cash, was born. He came into this world on my late grandfather’s birthday, December 12, 2018, at 12:14 p.m., (yes, we were that close to a 12/12 at 12:12 birthday!) by planned c-section at Hillcrest Medical Center in Waco. Our breech baby boy weighed 8 pounds, 5 ounces, and was 19 1/2 inches long. He made his grand debut with a head full of dark hair…and absolute silence. Talk about nerves. ‘He’s just a calm little guy!,’ my OBGYN assured us as they whisked him away to be washed and weighed.

It was love at first sight.

After a few days of recovery at the hospital, my husband, Taylor, Hudson, and I returned home to Taylor’s children, Faith, who was at home on Christmas break from her first semester of college, and Ethan, who just completed the first half of his freshman year at Gatesville High School. The first 3-and-a-half weeks at home with Hudson were idyllic. Yes, our sleep schedules were disrupted, and sure, dirty diapers isn’t exactly my idea of heaven, but we truly felt like our little world suddenly became the stuff of miracles. This tiny, blue-eyed baby boy had stolen our hearts and our lives were forever changed for the better.

Then, just a few days before celebrating one month on this earth with our Huddy, Taylor and I underwent an intense baptism into a new, unimagined kind of parenthood. Our son was diagnosed with a rare genetic disorder, Congenital Adrenal Hyperplasia (CAH).

Following his second newborn screening (a mandatory blood test to screen for a variety of birth disorders. Often, the first test done at the hospital isn’t entirely accurate), I received a phone call from our family doctor that some abnormalities appeared on Hud’s test. A short time later, we arrived at the clinic for a repeat screening. We felt in our hearts that it just had to be a false positive. ‘He seems totally normal! He eats well, he has no physical abnormalities, he’s such a happy baby. This just has to be a mistake,’ we assured ourselves. An hour later, we learned that it wasn’t.

Cue the tear-filled 40-minute drive to the ER of McLane Children’s Hospital in Temple. My hands were shaking as I gripped Hudson’s tiny hand in the backseat of the truck. My eyes, bleary with tears, stayed focused on him the entire ride while Taylor made worried phone calls to our families from the driver’s seat. ‘Don’t Google CAH,’ our doctor cautioned before we left. ‘Just hurry up and get to the hospital.’

CAH is a disorder that affects certain hormones in the adrenal gland. While 1 in 64 people are actually carriers of the gene, only 1 in roughly 18,000 are affected. Hudson has the more severe form of CAH, called classic salt-wasting. In addition to not producing the hormone cortisol, which controls our body’s response to stress, sickness and injury, he also doesn’t retain sodium which in turn affects hydration. His future, while bright, means a life full of salty snacks (it could be worse!), electrolyte replacement drinks such a Gatorade, and an abundance of water. CAH patients are also affected by early puberty if not well treated. Their adrenal glands are tricked into overproducing testosterone because of the lack of cortisol. Potential issues can include advanced bone age, early production of body hair and other signs of puberty and, in girls, ambiguous genitalia.

The blessing in this is that CAH is treatable and manageable! No, there is not a cure. In fact, because of the rareness of the disease, awareness for CAH, and other adrenal insufficiency disorders, is minimal. That’s a scary thought. But with medication and consistent blood work, Hud can lead a normal life.

Around 7 a.m., Hudson takes two steroid medications, hydrocortisone and fludrocortisone. The hydro is for his lack of cortisol. When we are sick, hurt, or even emotionally stressed, cortisol regulates our bodies and allows us to keep functioning. Since Hudson is unable to do this, he must take medication every 8 hours to mimic what our bodies do naturally. His second morning dose, the fludro, affects his sodium retention.

At roughly 3 p.m., Hudson takes his afternoon dose of hydro.

And again, this time at 11 p.m., he takes his nighttime dose. Right now, we cut and crush the pill, mix with pear juice, and syringe feed. Eventually, we can hide it in his food and after that, he’ll be able to swallow the pills on his own.

Taking medication at least 3 times a day will be life-long. Hudson must do this in order to survive. That’s a heavy sentence to write.

When ill or injured, we must triple his dose of hydro. If he is unable to keep his medication down orally, we must inject him with a shot of cortisone. Afterward, protocol dictates that we immediately take him to the ER for IV fluids to address dehydration. Although we haven’t had to use the injection yet, we’ve already come close during a recent 24-hour stomach bug.

Food poisoning can be deadly if not treated properly. So could a broken bone.

We travel with two bottles of medication and the emergency injection kit at all times. Even now, with Hudson almost 7 months old, I am still in disbelief. How can my bright, bubbly, active and strong baby boy have a life-threatening disease? How could there be no cure? Why did God choose us to take this on? Can I do this? Am I even strong enough?

Hudson, mama is strong for you BECAUSE of you. Daddy was born tough, but mama has needed a little bit more help from time to time. And that’s ok. Because at the end of the day, my fears, my worries, the feelings of helplessness and hopelessness, are nothing compared to what you bring to me. You’ve given me a fierceness I didn’t know I was capable of, the courage to face whatever curveballs life throws our way, the kind of love only a parent can fathom, and the ability to never, ever, take another day in this life for granted. For you, Hudson Cash, I will move mountains. I will never stop raising awareness for the trials that you may face. I refuse to allow a disease to define you. A bubble does not exist for you, my sweet son. You can do it all. I’ve seen doctors, athletes, teachers, even mountain climbers and world travelers living full, beautiful, limitless lives with CAH. I will instill in you the positivity to move forward and the compassion to love others the way that we love you.

You are so much more than you realize. You are hope, you are strength, you are God’s grace mixed with sunshine.

You are an abundance of blessings, my beautiful boy. We got this. Now let’s go live one damn good life together.

I love you without end,

This story was submitted to Love What Matters by Kaley Branch, 29, of Gatesville, Texas. Follow her journey on Instagram here.  Submit your story here, and subscribe to our best love stories here.

‘We were literally one in a million. Identical twins with Down syndrome happens once out of every million pregnancies! We had been chosen for this task.’

‘As we entered our street, the driver said, ‘Which house is it?’ Then he stopped mid-sentence. ‘Oh… never mind, you’ve got quite a crowd waiting.’ 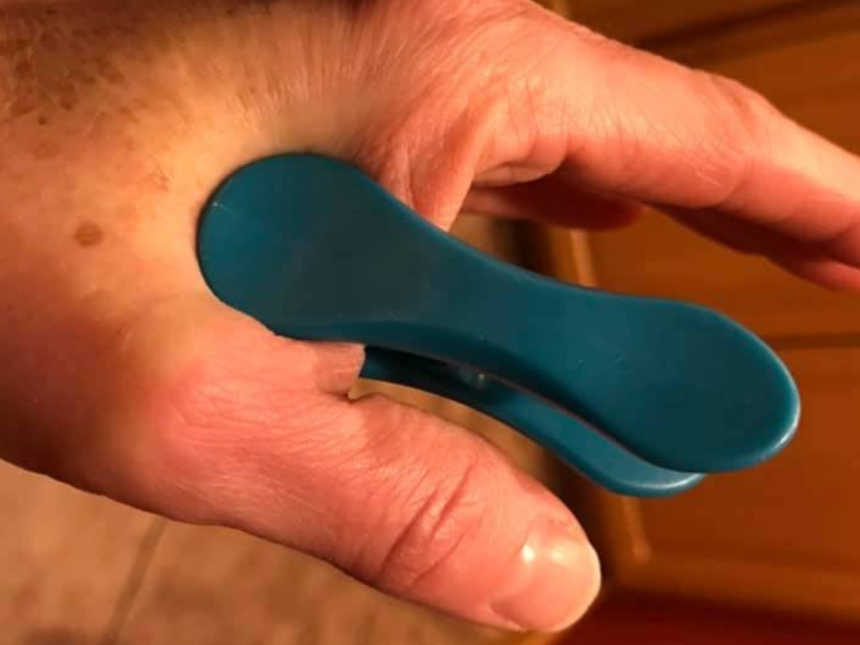 ‘This chip clip saved my life tonight. I had a migraine start almost 12 hours ago and it was at an unbearable limit.’

“I had exhausted all of my drugs and tricks. I glanced at the counter and saw this chip clip. Within one minute I had some relief.”