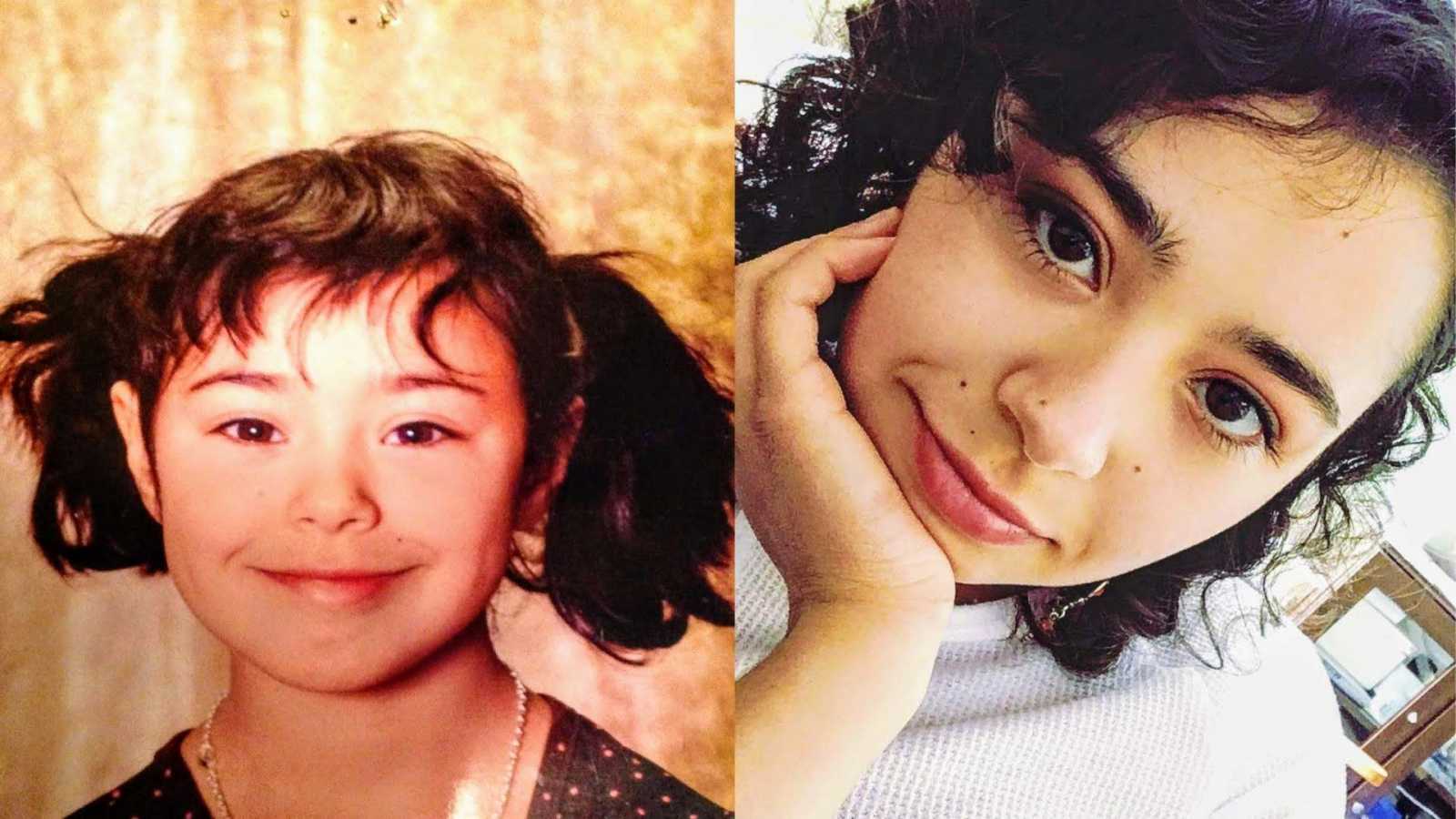 “At age 7, I already had a history of learning disabilities and ADHD. Then came the next diagnosis. I wasn’t surprised. I was kind of like, ‘Okay. She has all three.’

My tics had been present since age four, but my family and I didn’t realize what they were. I had a dry cough tic, a humming tic, and, as time moved on, a shoulder and head roll. All of them uncontrollable. Sometimes, if I was having a bad day, I would have a whole-body roll from head to waist, all down my spine. More than once I fell off playground equipment.

I never thought about it much until one day in Grade Two when a playground monitor watched me fall off the monkey bars and was very concerned. I had experienced a spine tic mid-swing. I didn’t see it as much of a problem, but I winded myself falling on my back. Her being so concerned made me wonder what was wrong. I started to notice after that one incident that I was ticcing, eventually discussing it with my parents. Soon after, I got the news. It was a bit of a relief for seven-year-old me to be able to say, ‘I have Tourette Syndrome. This isn’t me trying to be annoying.’

I also became aware that others were starting to notice my tics. I had a good group of friends who didn’t care about my Tourettes. It just didn’t matter to them. But there were also some bullies. Occasionally, a few kids would call me ‘freak’ or ‘weirdo’. The worst of all was having the ‘cool’ kids in my grade follow me, spy on me, and whenever I would tic, they would call out, ‘Tick Tock!’ I felt so embarrassed and scared. I tried to suppress my tics but, as I learned, suppressing them only makes them worse.

We tried medication to control the tics. Medication works in different ways for different individuals with Tourettes. Some people don’t respond to medication at all. Others respond well and you’d never even know they have it. My medication helped quite a bit for some time. My tics didn’t entirely go away, but I had long periods of time with very few tics… until last December when they came back with full vengeance.

I started to have ‘tic attacks’. This is when old tics return louder, bigger, stronger than ever. During this time, several new tics also appeared. Sometimes they would be so severe I would get excruciating muscle spasms, and occasional whiplash and mild concussion from my head snapping. All of this was complicated by the fact that I had also been dealing with non-epileptic seizures for the past three years.

The combination of tic attacks and non-epileptic seizures was very stressful and debilitating. I could no longer go hang out with my friends unless my wonderful, loving mother was there (unfortunately). Don’t get me wrong guys… I love my mom. But I’m a teenager, and a seventeen-year-old certainly wants and needs her freedom. I could no longer participate in climbing or swimming. Thankfully, I was still able to participate in drama and choir, although there were many times I had to step out of rehearsal due to tics and non-epileptic seizure episodes.

Through this all, my group of best friends were amazing. Once at a camp we were doing an activity where we girls were pushing handcarts filled with camping supplies up a steep, rocky, loose slate hill. We were reenacting an historic scene where the women had to push the handcarts on their own because the men were away at war. I helped pushed six handcarts up, one after another. In doing so, I eventually collapsed and had a non-epileptic seizure. I was rushed down to the medical tent and missed the climax of the activity, which I had been really looking forward to. The part where the men return, and everyone sings the concluding song – a powerful medley of two hymns. I was so disappointed! But my friends surprised me and got everyone sing it again that night at the campfire devotional – just for me! Words could never express how much that meant to me.

Another time, I was on the ferry between our island and the mainland. I was in the cafeteria getting a snack when, suddenly, I had a tic attack. It was big and it was loud. Arms. Shoulders. Head. Neck. And vocal. It wouldn’t have been so bad except that I was surrounded by people and everyone was staring at me as if I was a freak! I didn’t mind the little boy who stared at me, but I minded the room of adults who couldn’t keep their eyes away. I could hear unkind comments coming from behind and in front of me. I was surrounded by judgement. Not one person asked if I was okay. I paid for my snack and tried to get away as fast as I could to get down to the car deck. When I got into the car, I broke down crying. It was a humiliating and terrifying experience.

Another day, at choir practice, I saw a girl staring at me as I was ticcing really badly. I was annoyed, but then I noticed another, younger boy staring too. And then I saw him tic! That surprised me. At first I thought he was mimicking me, but then I quickly realized that he didn’t seem to know he was ticcing. Later on, his mom approached me and told me that her son has Tourettes. ‘He looks up to you. You’re a hero for not letting it stop you.’ That surprised me even more!

I am still working on my journey through this. TS is not curable, but for most of us the symptoms can be managed to some degree. I am currently trying to reduce my symptoms through functional neurology. It’s working for me. I still take medication, I am on a very strict diet, and I have to be careful of my triggers.

More than anything, music has helped me. I’ve been singing all my life. If I’m having a tic attack and I sing, my tics stop. A few months ago, I posted a video on Instagram of what happens to my tics when I sing.

Hi I’m LaUrA I have a neurological disorder called “Tourette’s Syndrome.” I was born with it. It is not deadly or contagious or mess with my brain… but it can be painful and embarrassing. Share to your friends so the stigma around Tourette’s can be addressed!!! Music is a powerful coping practice!!!!! #tourettesyndrome #freespirit #ImNorBroken🌻 #abilitynotdisability #SpecialMind🦋

The song I sing in the video is called ‘It’s Gonna Be OKAY’ by The Piano Guys. When the seizures were more a problem than anything, I found this song and it really helped.  I was having between two and six seizures a day and it was really hard. But when I found that song and I absorbed it as my theme song. I would listen to it every day on my way to class, reminding myself that it’s true. It really will all be okay as long as I have music to bring my joy, calm my tics, and lift my soul.

Music, meds, and good doctors can do a world of good, but also you need to have faith that it can get better. Your attitude plays a very important part in your body’s ability to push forward. My faith has played a very big part in my journey to health.

Life is never easy and mine has barely just begun, but I hope that I’ll always have the courage I do now to move through my journey and try to uplift others in the process. At some point, everyone goes through an experience where it feels like the door is closed. But almost always there is another door leading to where you want to go. It may take a little longer. It may take a little searching to find, but it’s there if you are willing to look.

I told my mom once, ‘I feel like a sunflower in a field of corn.’  I’ve come to realize that we all feel like that sometimes. And that’s okay. Own it!”

This story was submitted to Love What Matters by Laura. You can follow her journey on Instagram here. Submit your own story here and be sure to subscribe to our free email newsletter for our best stories.