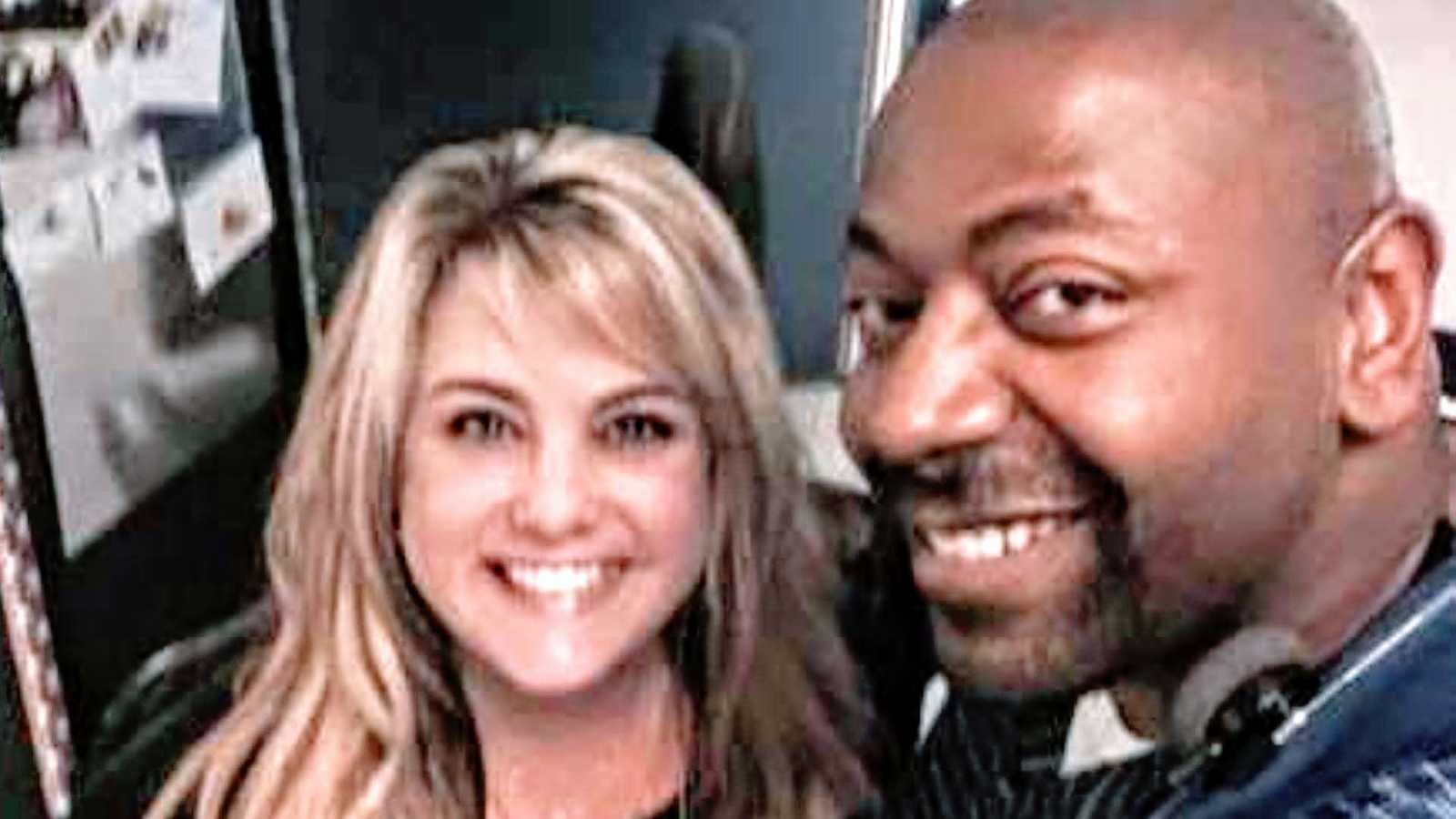 “There is still goodness in world. Goodness in people that comes when you least expect it.

My young, vibrant, strong husband died of pancreatic cancer almost two years ago. What you may not know is how sudden the onset of death was. I know that pancreatic cancer and a quick death often go hand in hand, but in Chad’s case, that wasn’t really how it went. He was diagnosed, had surgery, returned to work and then went through months of chemo.  For a while after treatment, they couldn’t find a trace of the cancer. No tumors. No problems with his blood tests. There was a period of time where I actually thought we dodged the inevitable. I was full of hope.

My grief was complicated. I was confused. One minute he appeared to be fine, and the next, he wasn’t. In a matter of days, I went from safely planning our future again to wondering if we had one. I didn’t understand what was going on, and I don’t think he did, either. His cancer was a monster. It was a thief. A vicious, ugly, imposing thief.

We were in and out of the ER trying to manage the pain, and somewhere along the way, he had a stroke. We had no idea. He mentioned his vision was blurry but he was the kind of person who compensated so quickly for something that I had no idea how bad it was. I don’t know if he did and just wasn’t complaining, but I had no clue that he was suffering so bad.

The tumors had finally taken over his body and the pain became so bad that he could barely stand it anymore. The effects of the stroke were finally starting to show and I felt completely helpless. I didn’t know what to do. It all happened so fast.

One night, his pain took total control. He could not bear it anymore. He sat on the bed, a shell of his former self, overcome with agony. We would find out later that the tumors were in every organ, but also in his bones and a tumor was blocking his intestines. They said it was comparable to being in active labor 24/7.

As strange as it sounds, I was so torn as to what to do. I knew he had to go but I was also trying to respect him and how he felt about it. I was also trying to justify keeping him home, flashing back to just a few days before when he was feeling better. Maybe he just needed a pain pill. Maybe a heating pad. Maybe if he just sat up, or lay down, it would help. After all, there was no way the worst could be happening.

He looked me straight in the face and told me if I did, that he would never forgive me.

My heart broke. I loved this man. I mean, I really, really loved him. He was my entire life. He was my person. He was my everything. He was the keeper of my stories, my confidante, and the person I made memories with.

Because I called. And as the phone rang, I consciously thought to myself that if the dispatcher who answers the phone is a jerk, I am going to lose it. I am a 9-1-1 police and fire dispatcher myself. I know we get busy. I know we have to separate ourselves from the calls, but I just knew that the person on the other line was going to dictate my entire night. I was on the edge of a breakdown. I was already so tired of people not being able to help. I just needed somebody, anybody to help him.

When the dispatcher answered, I answered the questions. Name. Address. Phone number. And then he said, ‘My name is Jeff. Tell me exactly what happened.’

‘My husband has stage 4 pancreatic cancer. He recently had a stroke and is in a great amount of pain. The tumors are everywhere. In his arms, his legs, his back, his shoulders and down his spine.’

Jeff’s voice changed. He wasn’t robotic. He knew there was nothing he could do. But his voice changed. I can still hear it. It was surrounded in compassion. His tone was dripping in comfort. He didn’t have to say, ‘I’m sorry’ or ‘That’s awful.’

All he said was ‘alright.’  But, there was something in the way he said it. That ‘alright’ (to me) translated to — ‘I feel your pain,’ ‘I am sorry your husband is suffering,’ ‘I am sorry your family is going through this,’ ‘I hate this for you,’ ‘I wish I could fix this,’ ‘I’m here for you’ all at the same time. That small change in his voice told me everything that he wanted to say and exuded compassion.  Something I so desperately needed at that point.

Jeff didn’t do anything grandiose that night. He didn’t save Chad’s life. We didn’t do CPR. We didn’t do first aid. But, while he talked to me and got Chad help, Jeff was comforting. Reassuring. And by doing that, he dictated my mindset which allowed me to be clear headed, calm and able to better communicate with the doctors when we got to the hospital.

We do not think of dispatchers as heroes, but that night, Jeff was mine. He WAS that calm voice in the dark, who eased the chaos best he could, and who guided me through the biggest crisis I’ve experienced.

It’s never left me, and when I was in training one day at his department, I had to meet him. Lots of hugs, some kind words from a quiet man, and some closure to an awful story.

He inspired me to be better at my job, but moreover, he’s reminded me how free just being kind is. And not only did he inspire me to be better, he inspired me to retell this story in a training setting so that dispatchers up and down the state of Idaho can learn from his example. Because of Jeff, I created a class about compassion in the 9-1-1 center, and I play our telephone call. I’ve heard it easily a hundred times now and every time I hear the change in his voice. That small, tiny inflection that, for a brief moment, made everything alright.

Jeff and I are friends now. Good friends. Family. Maybe it was trauma bonding, I don’t know. I thought I would try to avoid him because I was afraid it would bring up bad memories of a hard time, but in all actuality, seeing Jeff or talking to him just reminds me that yes, there is still goodness in world. Goodness in people that comes when you least expect it.

I hope you never have to call for help. But if you do, I hope you’re as lucky as I am and find yourself a Jeff.”